There are two ball joints involved in the steering mechanism of my under seat steering recumbent.

One of them ripped out of its socket: 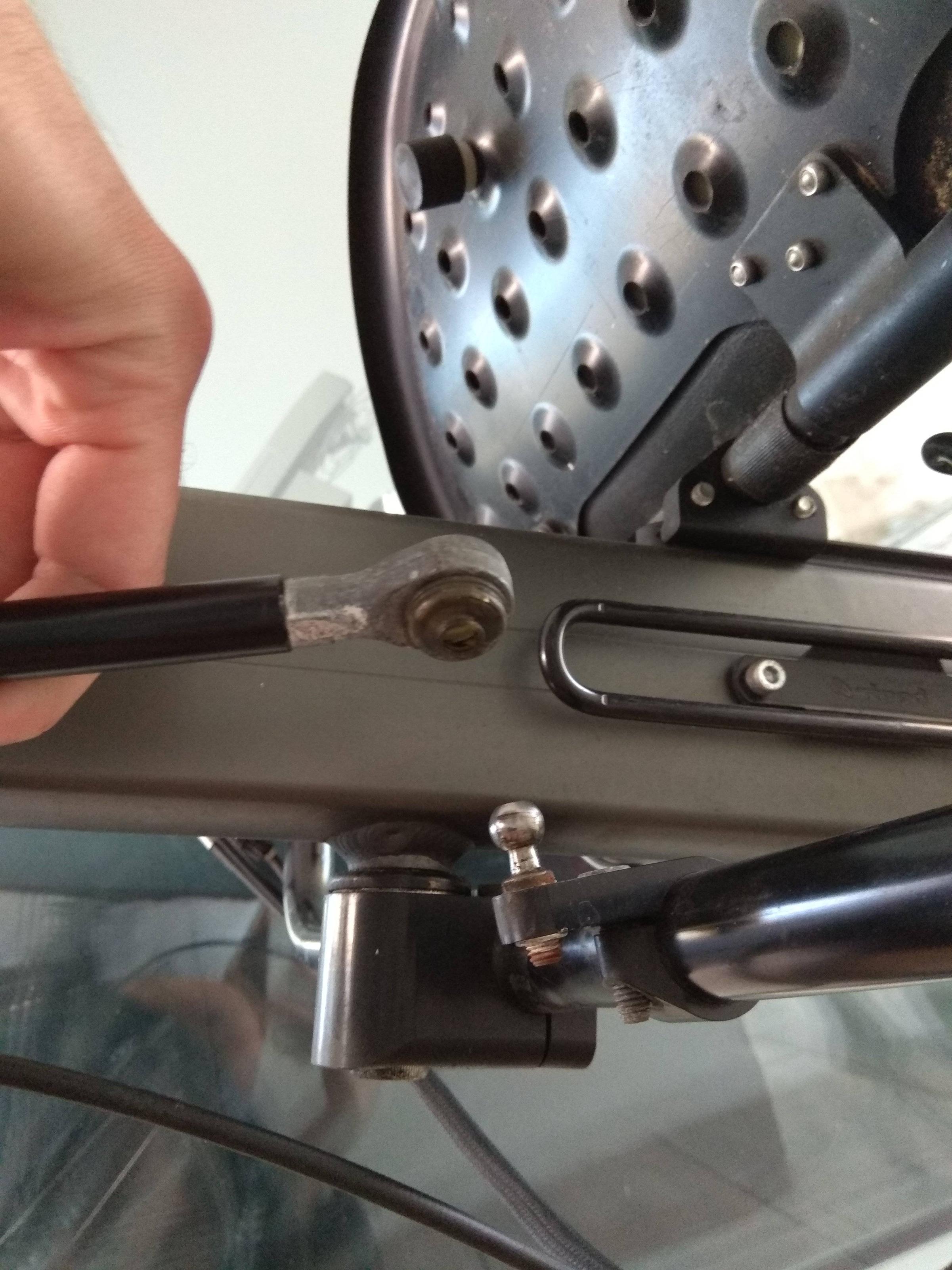 The dirty grey-green part inside the end of the bar is made of rubber and is supposed to hold the steel ball on the handlebar. The rubber part has the number "010-0000-017-008" on top and "12" on the bottom. The metal piece surrounding it has an "R" stamped in. According to a comment the same part is used for the self-leveling suspension adjustment of Mercedes 1999 E320.

Here you can see the intact mechanism: 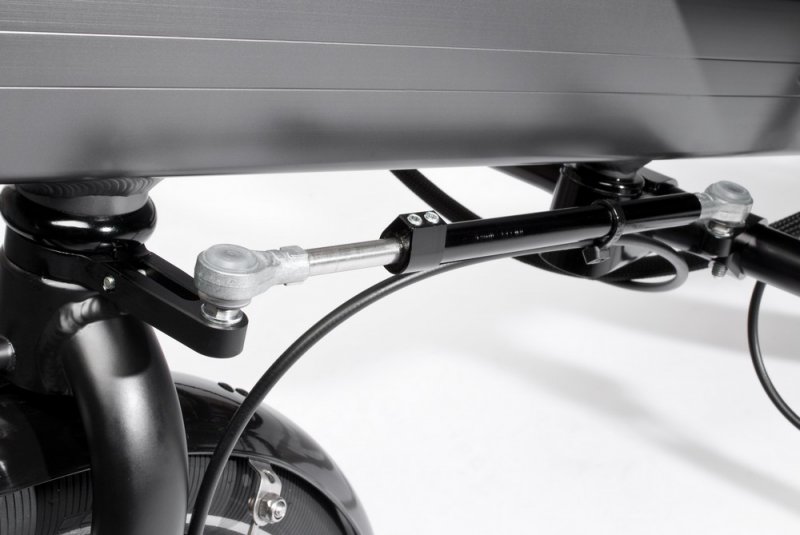 And here an overview with the whole bike visible, just for better illustration of why that problem is even bicycle related. :) 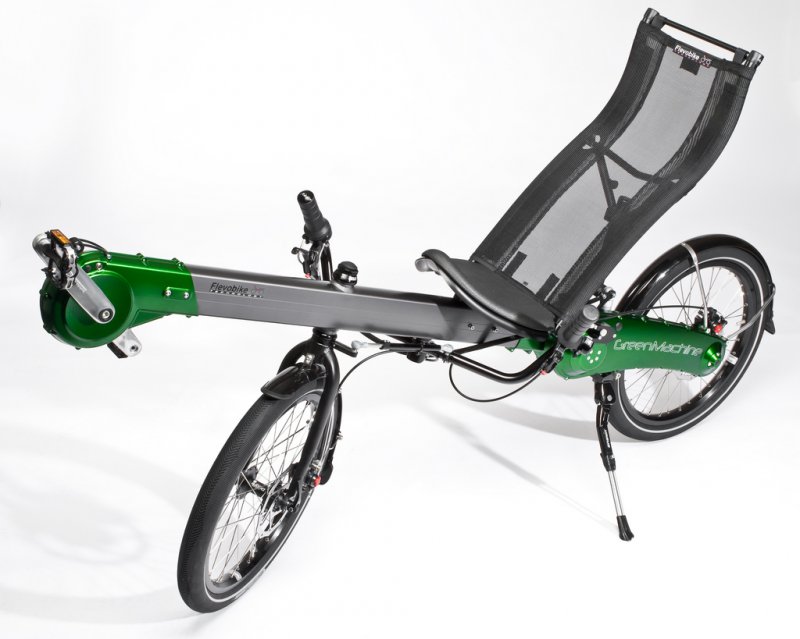 I tried pushing it back on by hand, then using pliers but in vain. Possibly there are larger pliers which can apply more force, but I already applied quite a lot.

Just for the curious, how this happened: The part where the ball joint fastens to the handlebar can be moved along the handlebar. I moved it out, this means that small movements of the handlebar result in much larger movements of the fork, so the steering is more responsive and smaller curves are possible before the handlebar hits the thighs. This also means that there is nothing preventing the fork from turning more than 90 degrees especially when no thighs are preventing the handlebar from turning, for example when pushing the bicycle by the seat. That's what happened, the fork turned so much that because of the steering axis angle pushing forward resulted in a force turning the wheel even more, until the ball joint snapped and the front wheel pointed backwards.

What you have there is a ball joint (sometimes called a tie rod end) on a push rod (or track or tie rod) for indirect steering.

I'm astonished it could pop out that easily - Normally they're very secure.

Here's what a car one looks like when exploded. Yours will be similar but much smaller and lighter. 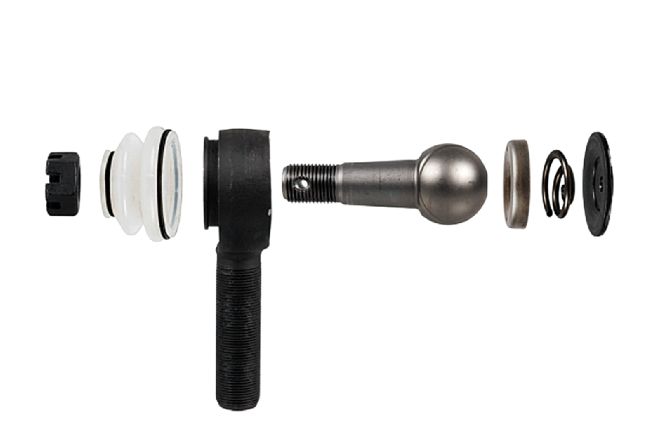 I think you need a replacement ball joint. These are the same as ones used in car steering systems, and they are unserviceable. You generally cannot disassemble them without destroying the seal - all you can do is grease them via a grease nipple, if they have one.

The old parts should unscrew from the track rod end (there may be a clamp or retainer screw) and from the fork's arm. On a car, you use a Ball Joint Splitter to get the ball part out of the arm. The hole has sloped sides for an inference fit once tight, just like the sides of a square taper are sloped. In the exploded pic above, the slopey sided bit is clearly visible between the ball and the threadded part. Yours will likely be too small for a car tool.

This is a Ball joint fork - hammered in. 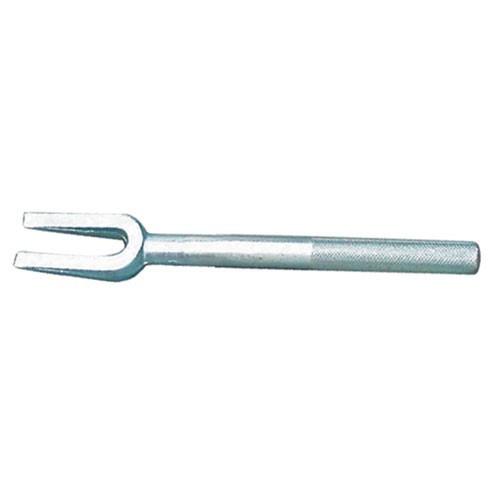 And this is a ball joint separator which levers the ball out. 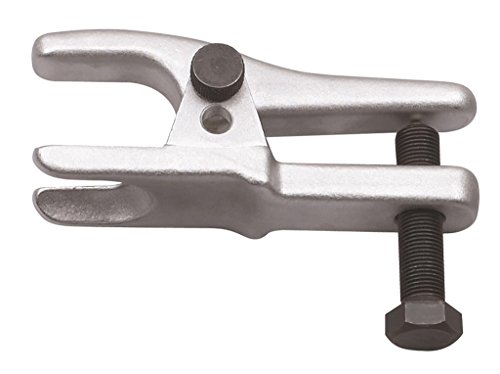 It's possible but hard to put it back together: Use lots of force and push the sleeve straight onto the ball.

But quality will suffer from putting it back together. The seal isn't perfect anymore and it could more easily pop out again.

Replacements are available from the manufacturer of the bike and probably also in auto stores because the part is also used for example for the self-leveling suspension adjustment of Mercedes 1999 E320 cars. The female parts unscrew from the rod, they are identical on both sides. The male parts should also unscrew. I'll add more details on replacing them once I do. Right now the reassembled one seems fine.

Prevent it from happening again:

Not the answer you're looking for? Browse other questions tagged fork handlebars recumbent steering or ask your own question.

14
What is this spring between the fork and the frame?

3
handlebar light (or mount) with ball and socket joint
0
Improving turning radius on an under-seat steering recumbent?
2
how to remove broken grommet from recumbent seat (without damaging mesh)?