I have a 1991 Bridgestone RB-T. This bike has passed through many hands so much of the stock parts are gone. The original Dia Compe XCE brake arms have been replaced by Dimension canti arms.

My problem involves the canti braze-ons. After examining other bikes with cantilever brakes these pivots seem to be located differently. The placement is much closer to the rim itself. Judging from pictures of the Dia Compe brakes the pad holder was located outside the pivot. The Dimension arms place the pad holder way too far inside of the brake pivot. The pads are installed without any adjustment washers on the inside and all the way to the bottom of the slot. Even with these compromises they aren't located properly and start to hit the tire if I don't watch them.

Can anyone recommend a Dia Compe XCE replacement? Is there really a difference in where the canti braze-ons were located for these brakes? I just want an OEM brake that will work for pad clearance.

Advert for Bridgestone RB-T showing brake placement to be a lot closer than standard: 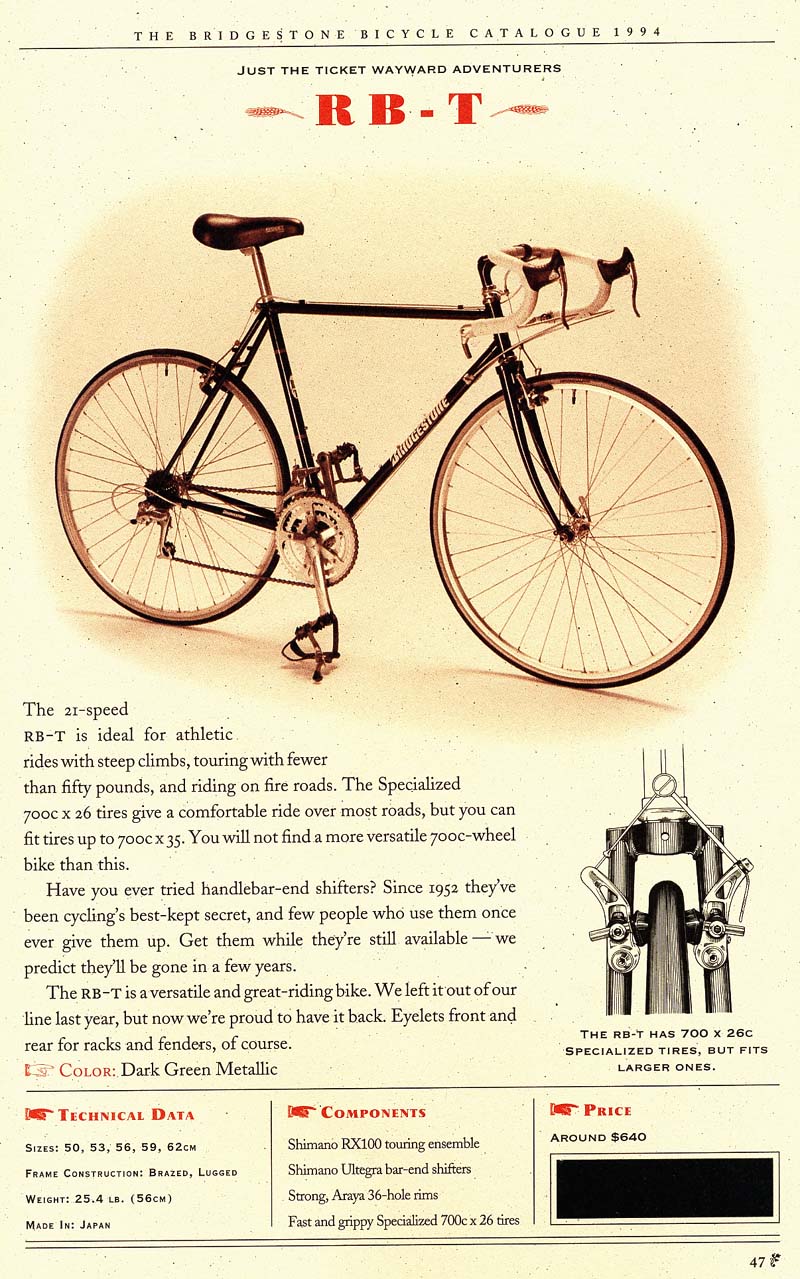 The brakes look like Deore LX cantilevers from the early 1990's (these were available in both silver and black): 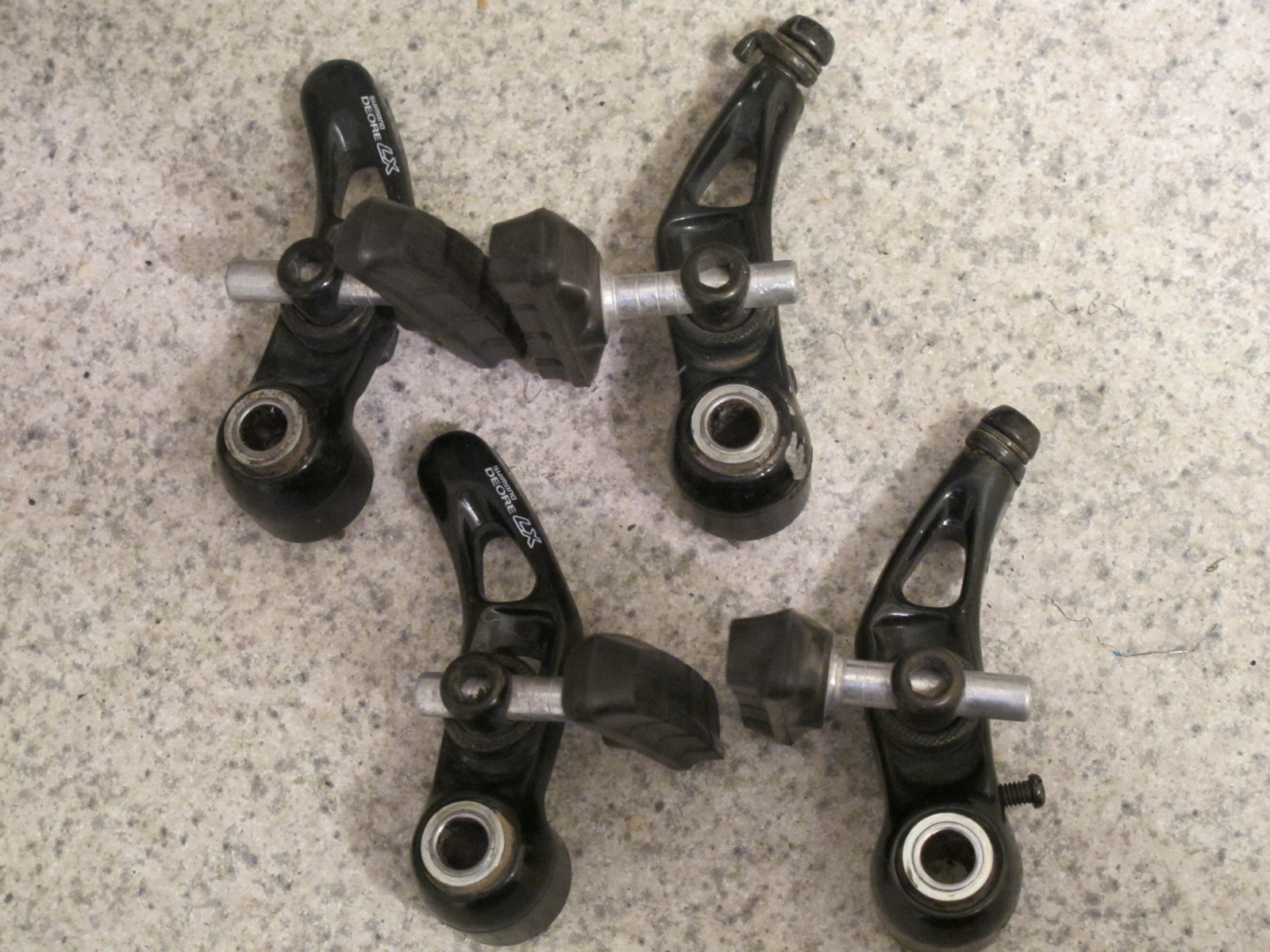 I would agree that you have a problem. You may want to put narrow 20mm rims on the bike to mitigate the problem. You could source some early 1990's Shimano/Suntour/Dia-Compe brakes that catered well with touring as well as mountain bikes. Dia-Compe 986's were the first ones to be 'low profile' yet still use the 'brake blocks on stalks' (as opposed to the nut and bolt ones). There were also examples from Shimano and the Suntour badged Dia-Compe models. Pads are also a consideration. When Shimano XTR came out the pads became longer and thinner. In the UK Aztec make replacements for these (with the 'stalks') and they are widely available.

What you may also want to look for are the very early cantilevers that stuck out a long way. Dia Compe 983's are the classic example. There is a problem with these if you are using panniers on the back and if you have anything but a small frame size - they poke out into the pannier bag and get wedged on.

As for getting hold of some of these early cantilevers, try your LBS as they may have some knocking about in the workshop that they may let you have for a small fee.

Reposted from the MTBR forums for future reference, the specifications of how cantilever bosses should be done: 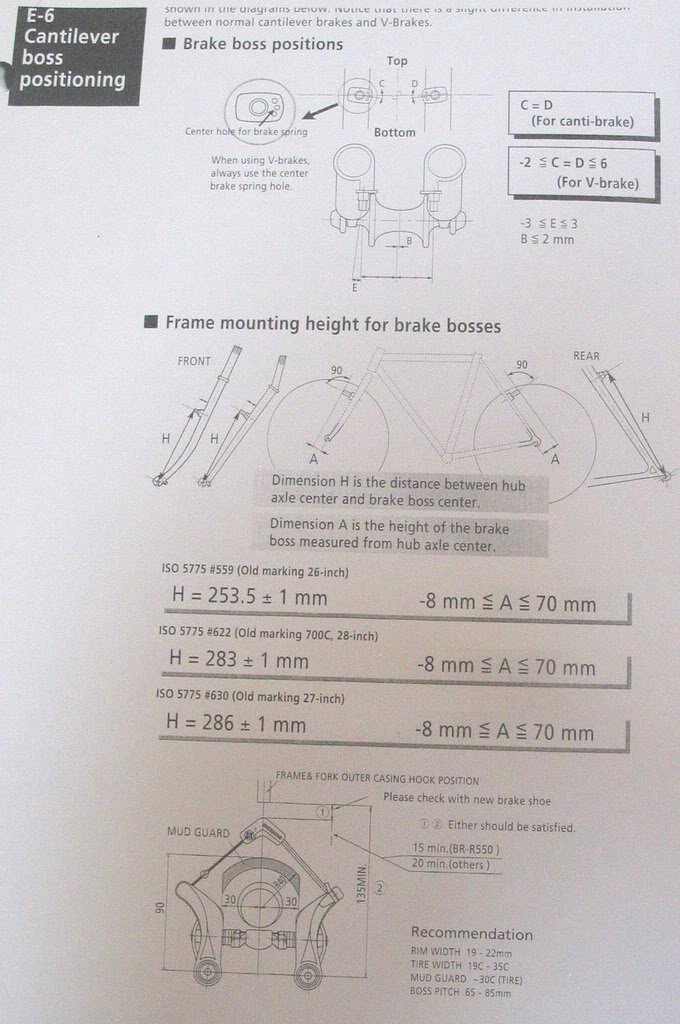 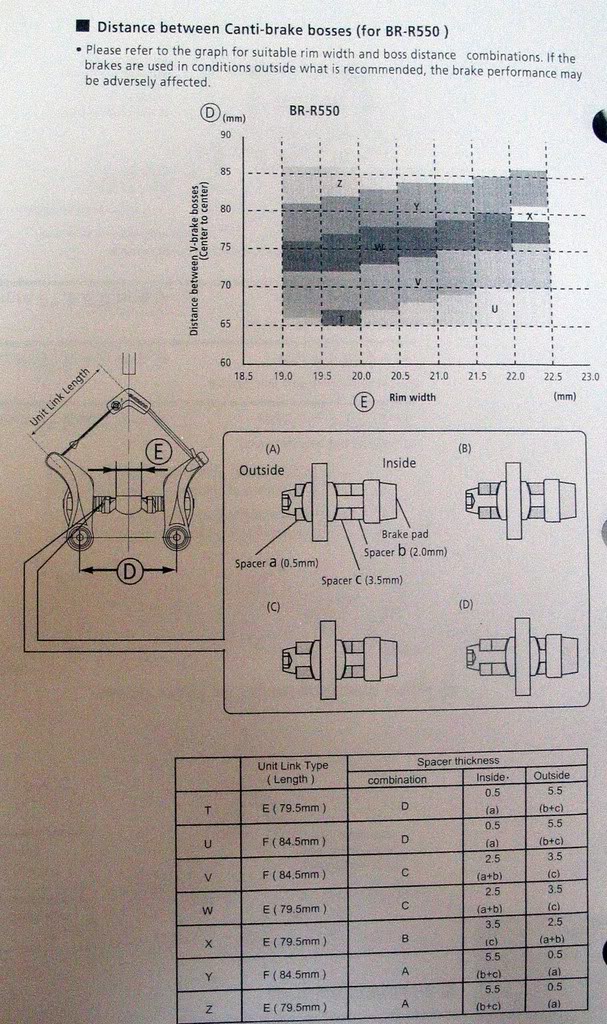 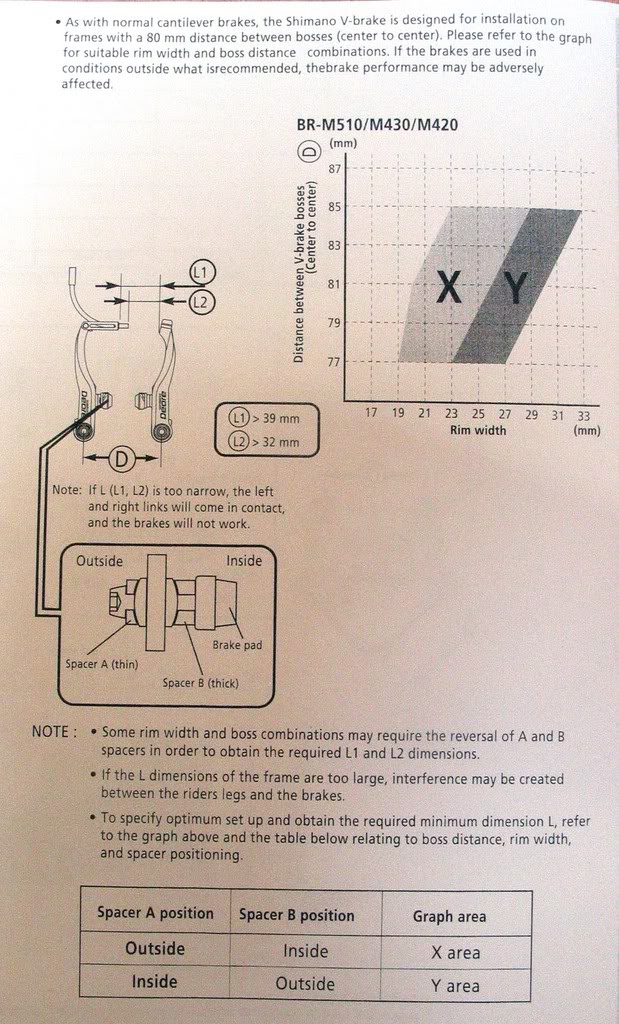 The boss spacing changed from 60 mm to 80 mm with the advent of mountain bikes which use wider wheels. 60mm is the spacing the Dia Compes were made for. What you need are cantilevers made for the narrower spacing with an adjustment for spring tension. Avid Shorty Ultimates are adjustable and their wide setting works well with 60 mm post spacing. Spring tension is also adjustable.

Good condition narrowly spaced cantilever brakes are readily available on eBay for not a whole lot of money. Dia Compe 981's are easily sourced. I just bought a set for $35 shipped

I just worked through this issue with a new-to-me RB-T I finally got around to building up. Dia Compe 981's (amazingly, I had a set in my parts bin) work perfectly with 21mm Mavic A319 rims. They have a great integral quick release aspect to them. I watched another pair on ebay go last week for about $12, I think. Enjoy.

A little googling suggests that you should be able to get a set of XCEs on ebay.

Not the answer you're looking for? Browse other questions tagged product-rec brakes parts or ask your own question.