help me identify this kids bike? 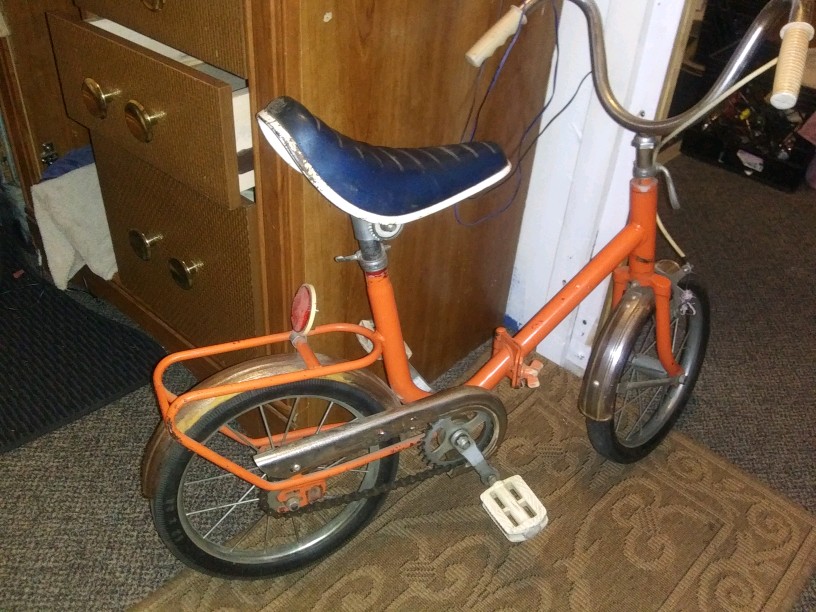 I would much appreciate it if someone could help me identify this bike?

i went ahead and did the measurements asked as well as took a photo for scale. the folding bike infront of a 29" mountain bike tire 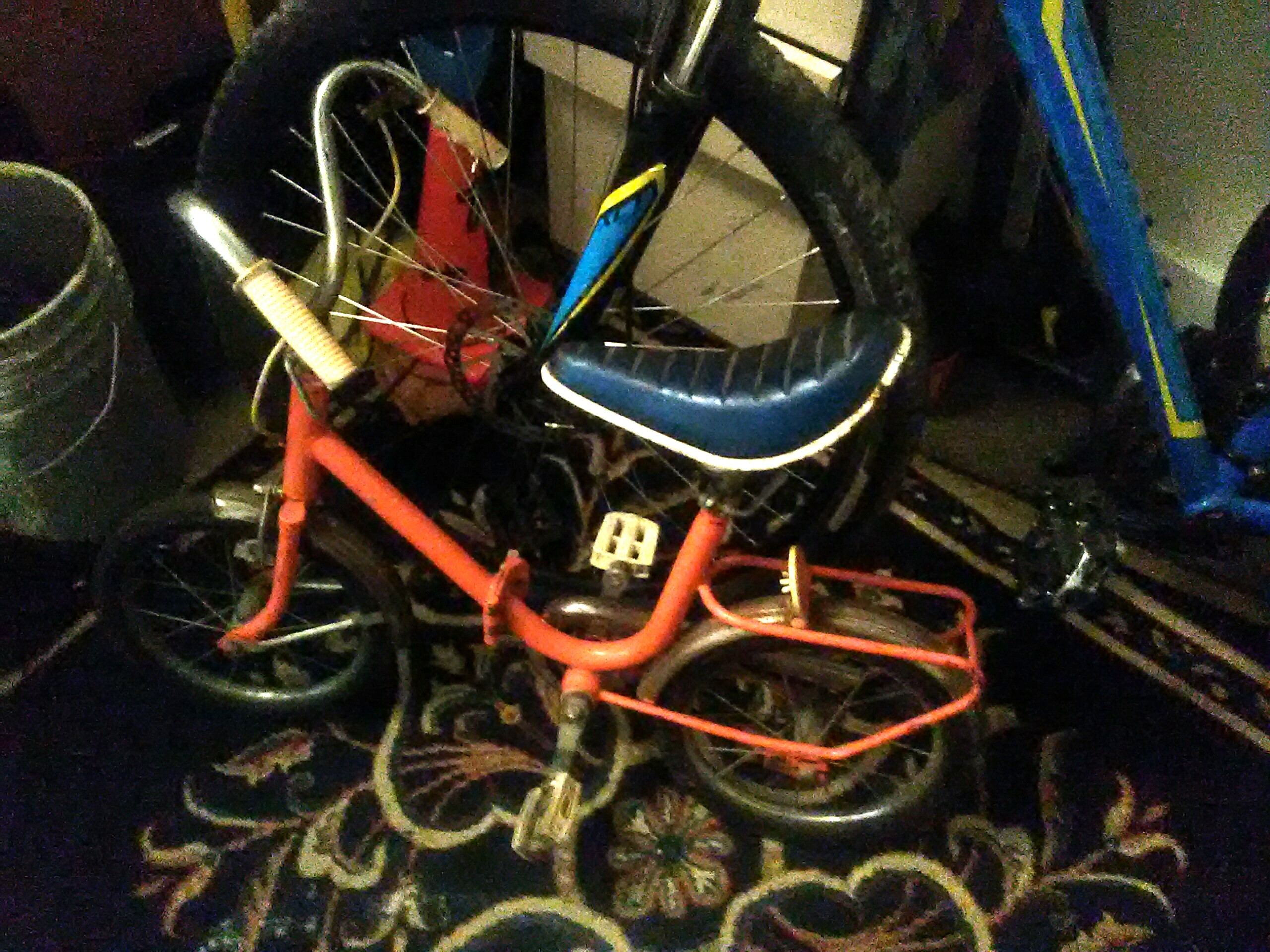 tyre reads 12x38 from ground level to the topside center is 21in from the rear axle to the pedal gear axle is 9.5inches distance between the two wheel axles is 23.5in 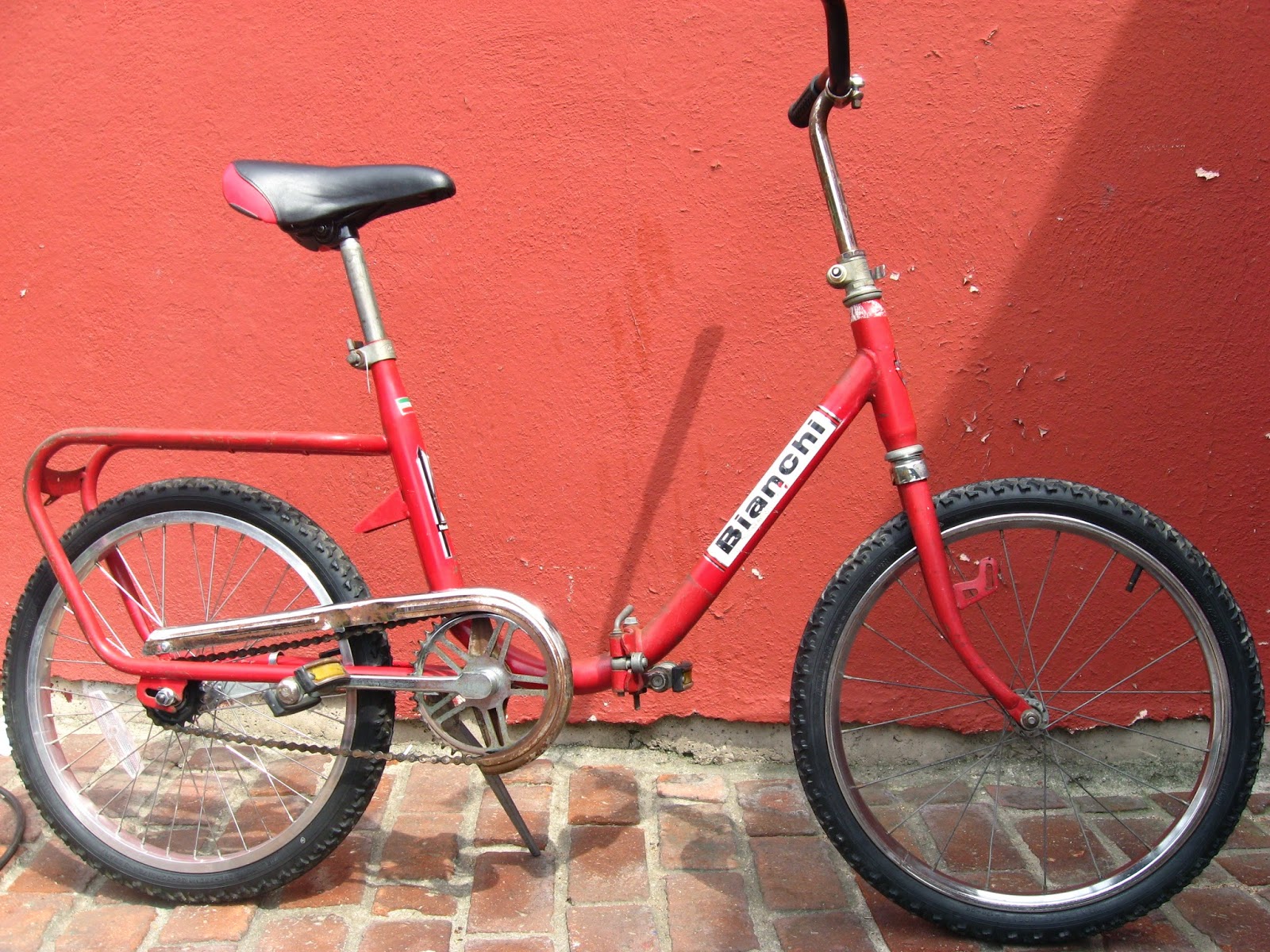 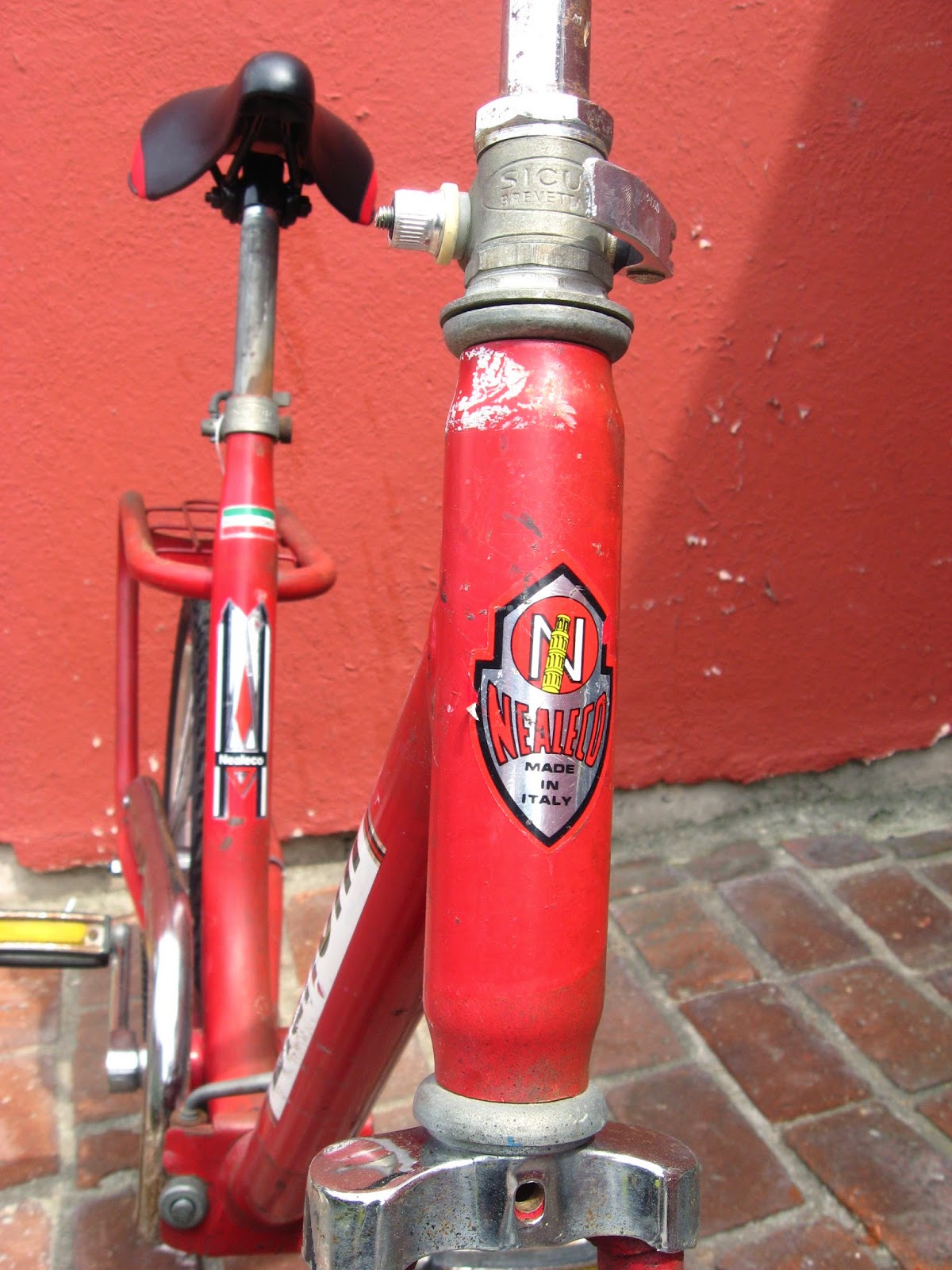 Apparently this style folding frame was quite popular in Europe during the 1970s - many small boutique bike companies imported them [from Yugoslavia?], slapped their own identifying marks (decals) on them and sold them to their urban, and urbane, clientele. At least that is what I have read about them.
CLR Effect 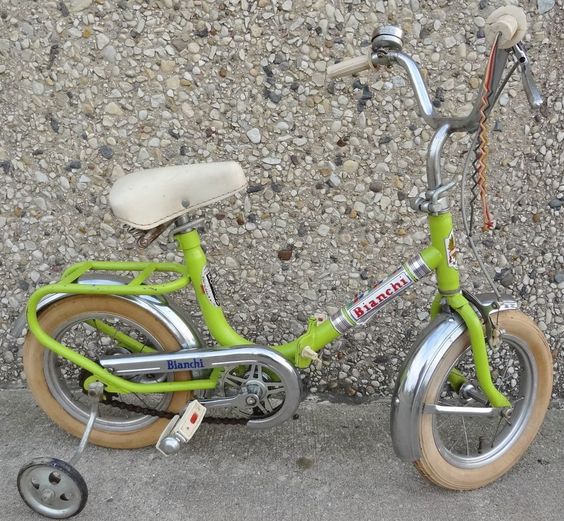 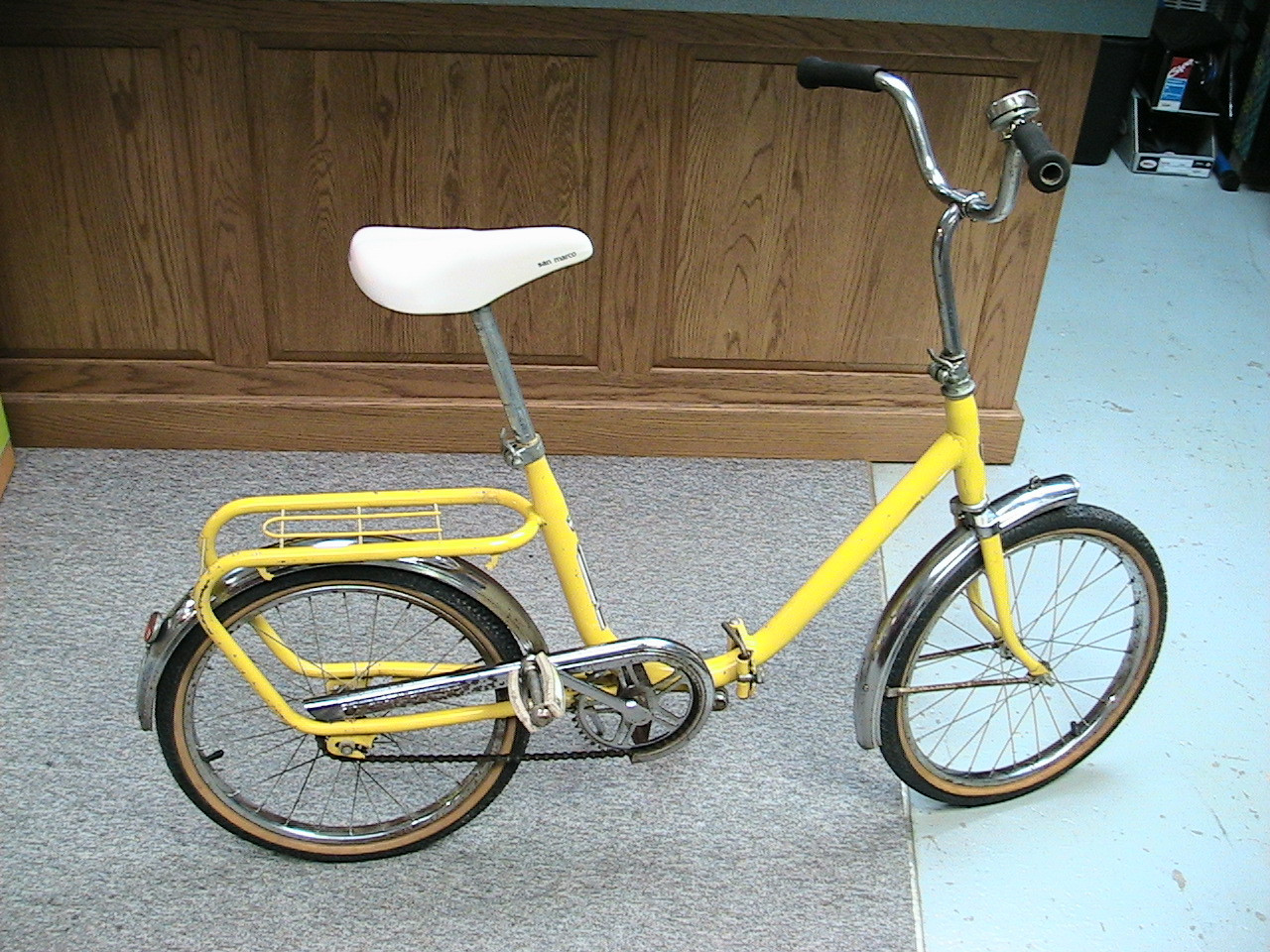 The brand is Chiorda and it is a old italian bike. They made a high end road bike ridden by the famous Felice Gimondi. The company was later bought out by Bianchi who also bought out the Famous Legnano.

It looks like there were various wheel sizes with various brand stickers on this bike over the years.