See my update at the bottom of the question

When installing my 4 bolt Shimano 105 FC 5800 chainrings on a modified FSA Gossammer Crank (TEAM ZWATT ZPIDER) I first test fitted the chainrings with some chainring bolts I thought were compatible (they fit just fine into the threads, but theyre a little bit too short in hindsight).

I need to mention that the chainring bolts thread into the outer chainring directly.

The bolts were left there over night and aftering the correct ones this morning, I cannot get the bolts out.

I stripped two bolts trying to get them out but they just wouldnt budge, so now I'm left with a crank with two stripped bolts.

Now: the chainrings are somewhat disposable (I can order new ones but) but the crank is not, so I played with the thought of just sanding/drilling the chainrings out of the crank and this time mount correct parts. But do I have any other options at this point ?

I have sanded down the securing part of the chainring bolt using a dremel, at the cost of scratching and ruining the inner chainring.

Since the bolts were not per se stuck but have rather dug themselves into the inner chainring they sat quite loose in the outer chainring and could be undone by hand.

But in case they were stuck I believe the protruding part of the screw can be grabbed with a pair of pliers and be used to remove the rest of the screw from the outer chainring.

The cost of the whole operation was one set of chainring bolts and the inner chainring.

The bolts are sacrificed - they'll be for the bin once you get them out. Since they're only finger tight it could be crossed thread, or possibly bad tolerances. Could also be brand new threads somewhere with poor cleanup leading to galling, so some assembly paste might have helped.

Start with simple things before breaking out the leverage bar.

Since the fitment is stripped, you may find another tool fits better. An old flathead screwdriver can sometimes be used as a chisel to force a slot. Same goes for Torx/star drivers - they are excellent at cutting a channel with some hammer blows. Expect to break/damage the torx bit.

Another option is to use a Dremel and a cutoff wheel to cut a slot into the chainring bolts. Then the big flathead screwdriver has something to fit into. Risk of damaging other parts. 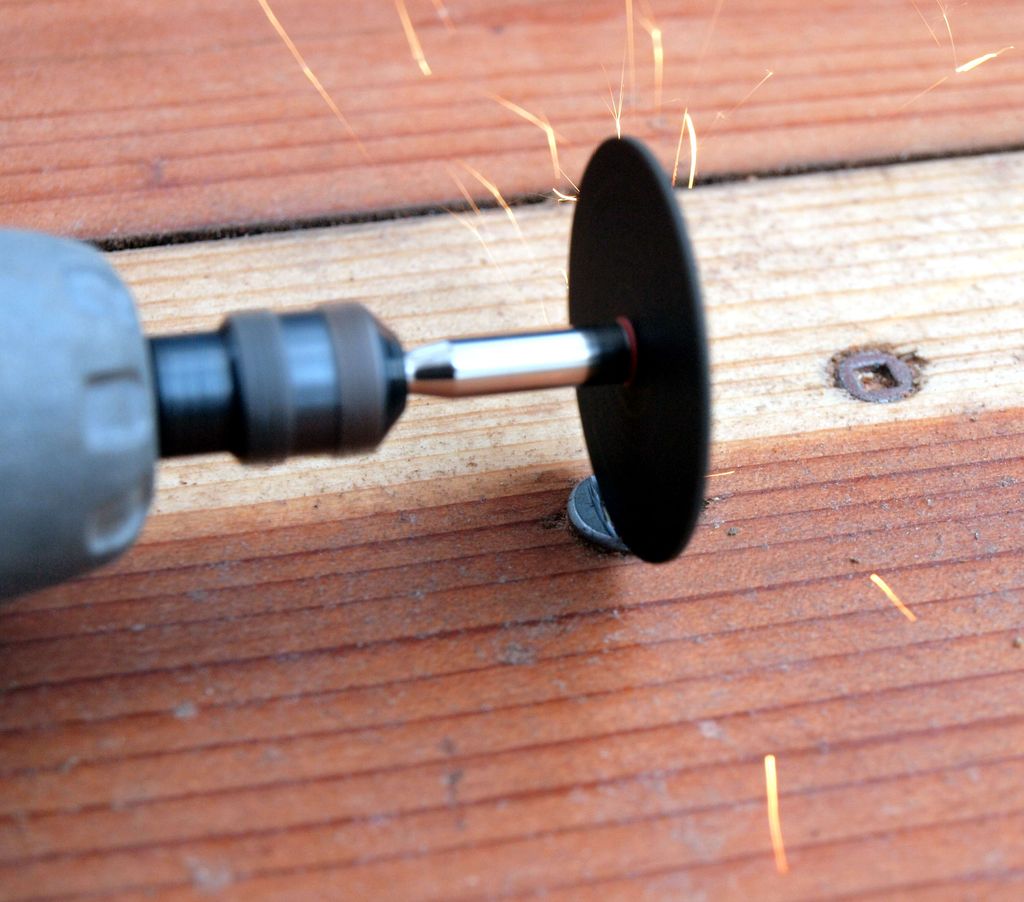 If the shoulders of the bolt head are visible, you might be able to get some pliers on the sides and undo them that way.

Sometimes two clean dry fingers/thumbs will work - one either side pushing together may rotate them.

Getting more brutal, you could purchase an "easy out" screw extractor kit. To use these you need to drill a hole into the bolt and then reverse an extractor into the hole which will eventually bite and unscrew the bolt. https://en.wikipedia.org/wiki/Screw_extractor

Nasty time - you may be able to weld a bolt into the stripped bolt to give you something to grab. Personally I've never had success doing this.

Last resort might be to put a chain on the bike and then pedal about the yard, not a road. Stay firmly seated! Ideally this will produce enough rocking motion to back out the bolts, at least enough to slot or to grab with pliers.