Bending back a bent head tube - is it worth trying?

I have a bike that was in a major front end collision (I T-boned a car). The frame is steel and the bike bent at the head tube, the welds seem to be fine. Pictures below.

I am fully aware the appropriate thing to do in this situation is never ride the bike again. However, I loved this bike, it was built by a very talented builder, and I would like to bend the head tube back and build it up as a townie, basically to cruise around to the bar and the corner store.

My plan is to put the head tube in a vice and use the frame as a lever to bend the head tube back. While I realize this is not something anyone should advise anyone to do, people used to straighten our bent steel frames all the time.

My question is, is there a world where this ever goes well? Or is this absolutely too far gone? 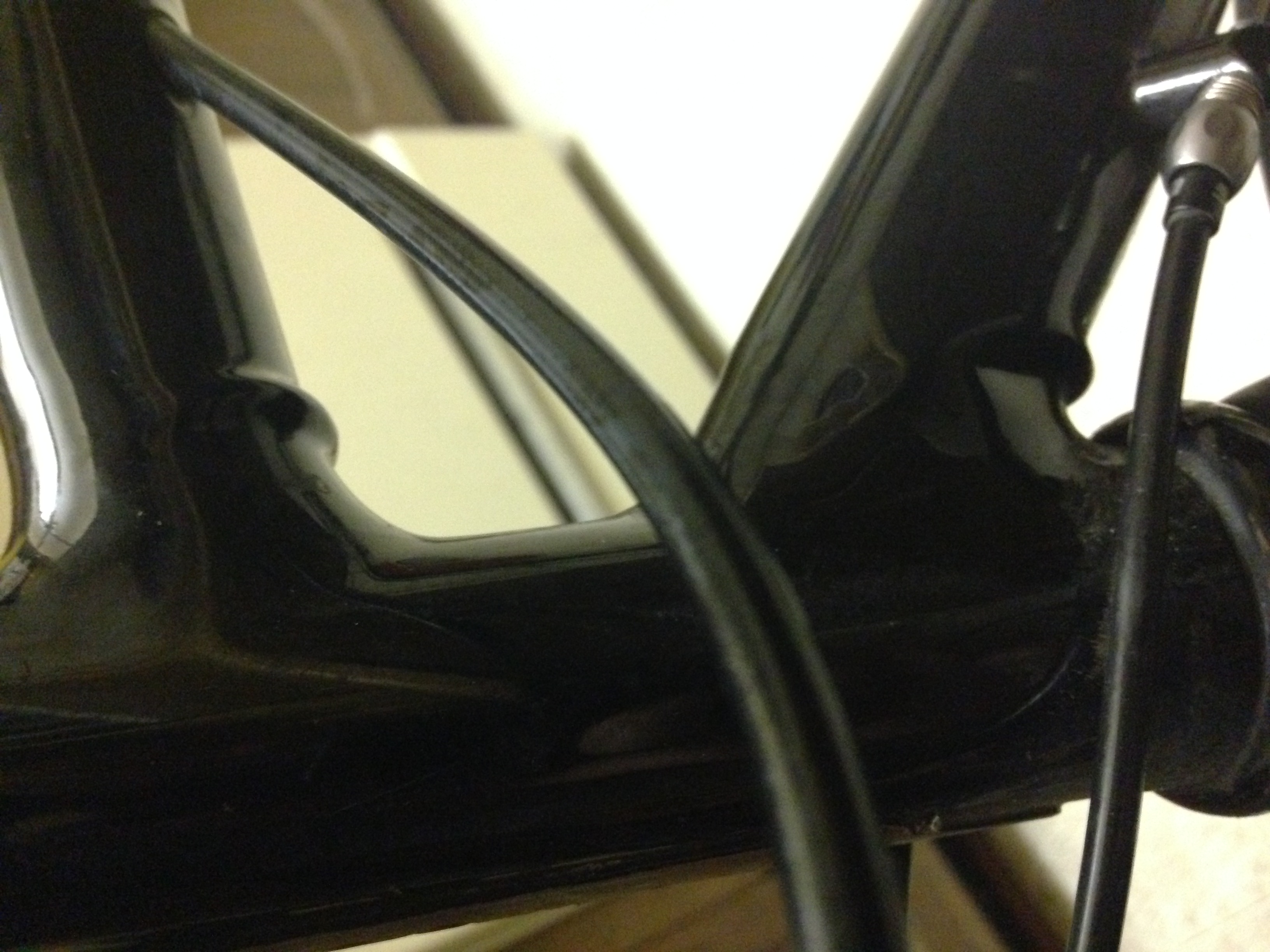 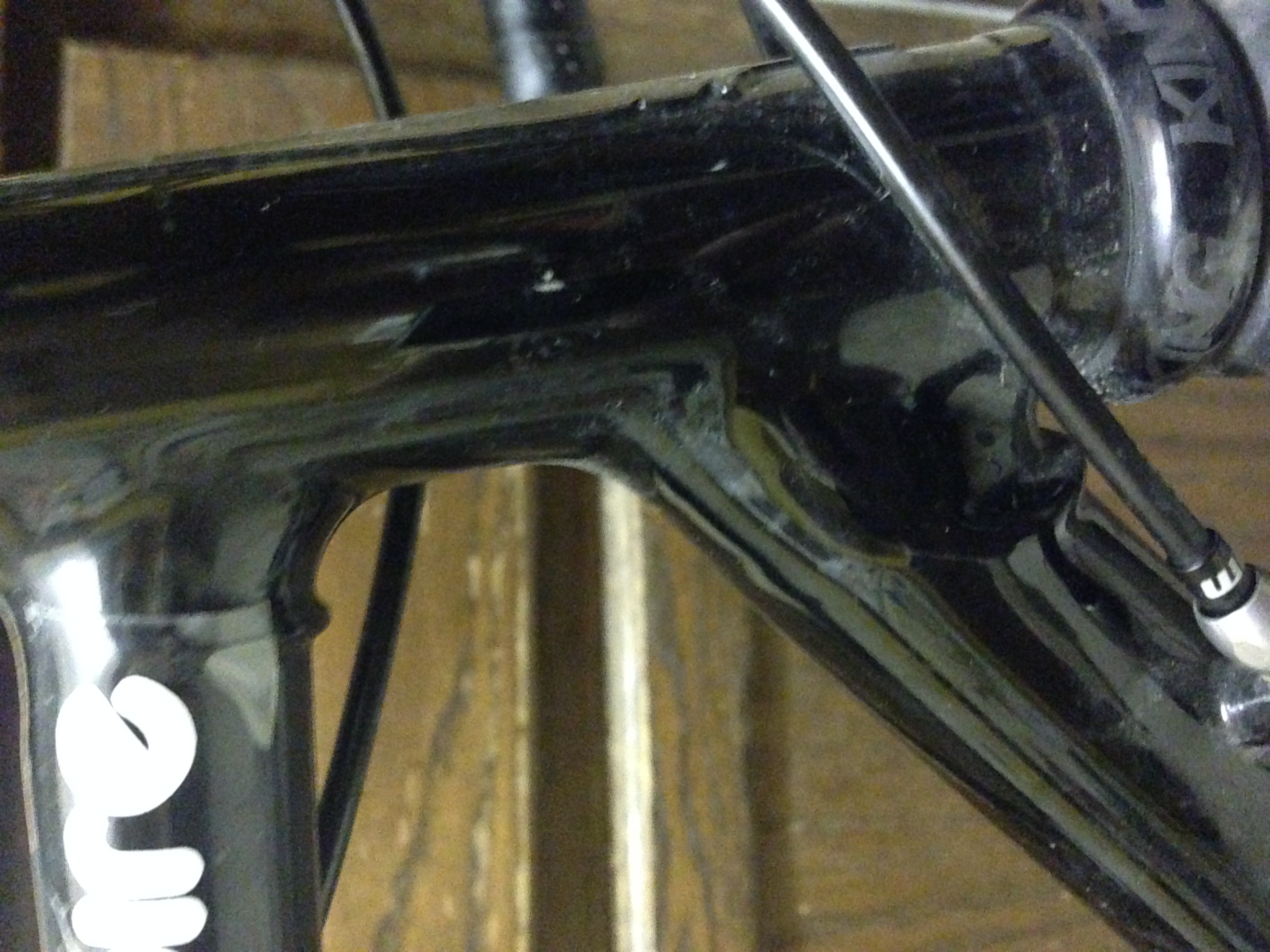 Not to disparage any of the very knowledgeable people here, but the best you'll get from a couple of pictures on the internet is a "good guess", or maybe even an "educated guess" but in my mind that's not very good when serious personal injury is on the line. Take the bike to a frame builder - preferably the one who built it for you, but any reputable one will work. Have him/her look at it and give you a professional opinion.

I'd imagine that any reputable frame builder would give you one of two answers based on two pictures: 1) nope, or 2) bring it in and let me look at it. The first answer is either "it's obviously way too far gone" or "I'm running from liability". The second indicates that he thinks there's a chance but needs to get an in-depth, hands on look before making a decision that could affect his reputation, business and livelihood.

This line has been there from the beginning, and I meant to address it initially, but somehow I missed doing so. Unless you're very familiar with metal working, I'd suggest not doing this. You're likely to cause far more damage than you're fixing and not know that you've made it worse. If nothing else, putting the head tube in a vice and clamping down tight enough to bend the top & down tubes without the head tube moving may well crush (or at least ovalize to the point of non-function) the bearing races, or at the very least remove paint and open your nice steel frame up for rust.

A skilled frame builder will have the tools (a frame jig, the appropriate mandrels for bending without causing additional kinks, etc.) and the knowledge of how much straightening it will take before causing additional damage. Your builder may even be able to disassemble the frame, replace the damaged tubes (with original material), and repaint it so it's just as good as new.

As an anecdotal note, I was in a wreck many years ago on a steel frame - I went off the road and head-on into a concrete culvert. I ended up with a cracked vertebrae, and the bike ended up a mess. The fork, formerly with a nice forward sweep was perfectly straight (the only thing that stopped it from having a reverse curve was the tire hitting the down tube), and everything else looked off. I took the bike to a frame builder who put it on his jig. He determined that everything was 1/8 - 1/4" out of alignment, but he felt it was within reason of straightening, so I had him do the work.

The one item that he didn't/couldn't fix was a little wrinkle in the down tube right behind the head tube, very similar to yours (though I didn't have the wrinkle in the top tube). He said there was nothing he could do about it, but felt that it was safe enough that he would ride it. He returned the bike with one warning: if the paint at that wrinkle (which was still nicely attached) ever cracked, get off the bike immediately and never ride it again.

That was almost 30 years ago (OMG how did that happen!?!?) and I've put many thousands of miles on the bike since. I hung it up when componentry for it became difficult to find and when I got too, um... large to comfortably fit on a tight racing frame.

Despite the fact that I was a broke college kid at the time I wouldn't have felt comfortable with getting back on the bike without someone with some professional knowledge taking a look at it. (Of course, I didn't have an internet full of "wisdom" to consult, but still...)

I personally wouldn't ride this frame. The degree of localized distortion means the steel will be work-hardened at that point and will fatigue, crack and the front of the bike will collapse under you. I like my teeth where they are.

Yes, steel frames can be re-aligned if bent, but only if the deviation is spread out over the length of frame tubes, not concentrated in a small area.

Also, you will never get the head tube angle back to what it was, and will probably crush or ovalize the head tube in the process.

If you want to keep the frame, contact the builder talk to them about replacing the head tube and damaged sections of top and downtubes.

The frame has undergone plastic deformation, which took it close to failure, and there might be small points of failure hidden under the paint, for all we know. The fact that it has completely buckled on the downtube seems like a bad sign to me. You will need to plastically deform it again, meaning damage the metal again.

The article you linked to suggests that for damage this severe, you would cut out the damaged section and splice in a new section. This would be difficult so close to the head tube.

The upside of having a sentimental favorite as a beater does not override the downside of catastrophic failure for me. Then again, if this is steel, you'd probably get some warning it was about to fail--but I'd never feel comfortable riding it.

The degree of crumpling is relatively unusual and suggests a thin walled, high strength tube selection, which also frequently goes along with handbuilt frames. The material property that is the biggest factor in whether the frame would eventually fail is ductility, the material's resistance to flaws or stresses in the crystalline structure of the metal propagating out, which tubes of this sort have the least of of any steel bike tubes.

More mundane steel frames are often pretty well able to be re-aligned from front end impacts like this. They also buckle less severely. It's never a perfectly safe thing that has no risk of failure, but a lot of bikes in the world, especially the less developed world, are running around post this kind of realignment. The comparison here is pretty apples to oranges. It actually probably has some odds of breaking all the way in the realignment process. There's no way I would trust it.

The upshot here is that this kind of thing can be a little more repairable than people give credit for if you're willing for the bike to take on a little different form and have a framebuilder fix it. In this case for example a bilaminate headtube could be fashioned.

2
Does this carbon fork have a crack in it that would make you replace it?
2
Replacing Raleigh record ace forks circa 1978

14
What are the advantages of investment casting?
14
Repairing a bent bike frame, is it worth it?
9
Is my derailleur hanger too bent?
0
Information about an old frame
1
Behring custom made bike
3
What are my options for correcting a bent aluminum fork?
7
Frame manufacturer not covering crack as saying it was crash damage
1
Mounting mini-pump on frame
2
Help identify BMX please - possibly 80s or early 90s
1
Help with choosing steel frame