I just bought a road bike and the only logo on it is Nicol, does anyone have a clue who made this bike and what it’s worth? 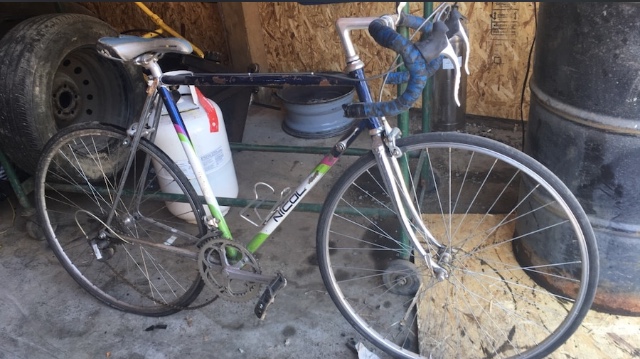 the person who founded ibis bicycles is named Scott Nicol. Ibis is known for mountain bikes so maybe it is an early pre Ibis by Scott Nicol or maybe not.

The braze at the seat post looks like a hand braze, but its hard to tell from the picture. It might be a hand built frame.

I would send an email to ibis and ask. Their web site says they have around 20 employees. It might be worth something to them.

Not the answer you're looking for? Browse other questions tagged road or ask your own question.

1
How to get tight tire on rim of a road bike
2
2 speed shifter for three chainring set
7
Windshield on a bike
1
answers for why the bike wobbles back and forth when standing on the pedals and working it
2
Road bike commuting
4
How to install flat mount road disc brake calipers on IS mount bike?
5
I am a big guy who wants to buy a race bike
1
Threading for BB (British) for Hollowtech 2 or square taper crankset?
2
25-32mm tube work in a 38mm tire?