I messed up. I wanted to switch out the bottom bracket on my bike. When I tried to do that the toothed cup on the left side (non-chain side) sheared off. The entire thing is now plain with its housing.

edit says: The other side is also not removable as the teeth got - for lack of a better word - destroyed when I tried to unscrew it. Didn't even apply that much force.

Is there a way to remove it without damaging the frame of the bike?

For reference: The 'destroyed' toothed cup you can see in this picture is what I'm talking about. In my case the cup is made out of plastic (I guess, based upon the fact that before it tore off some teeth got shredded). 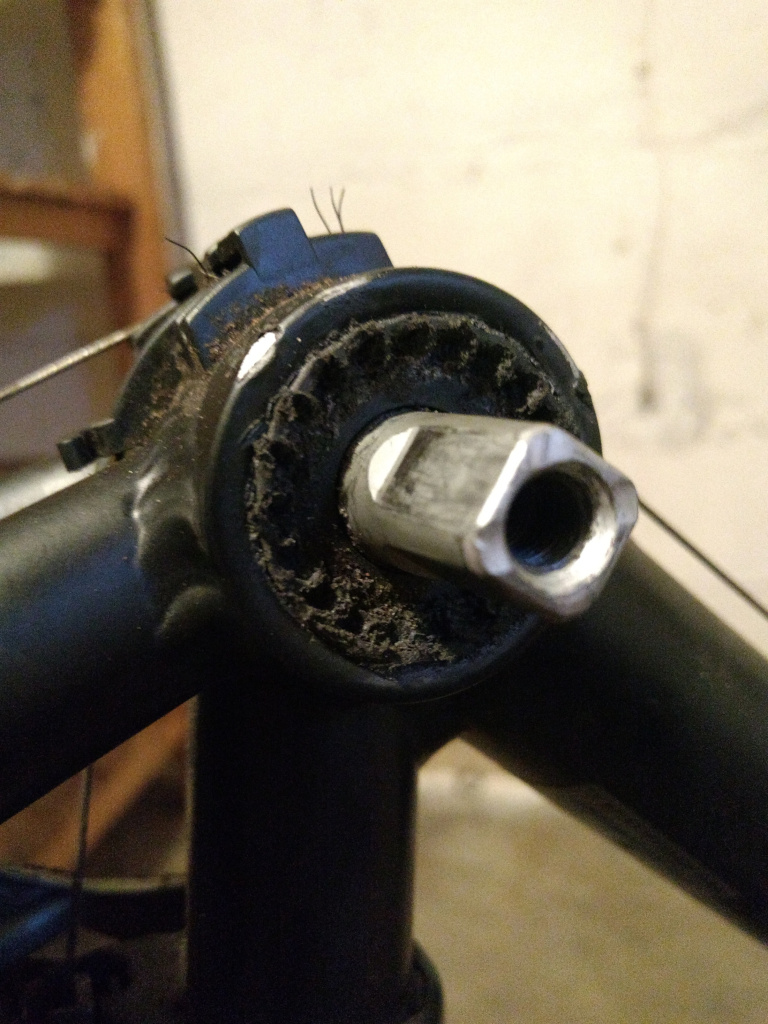 This is the other side where the cup has been sheared off: 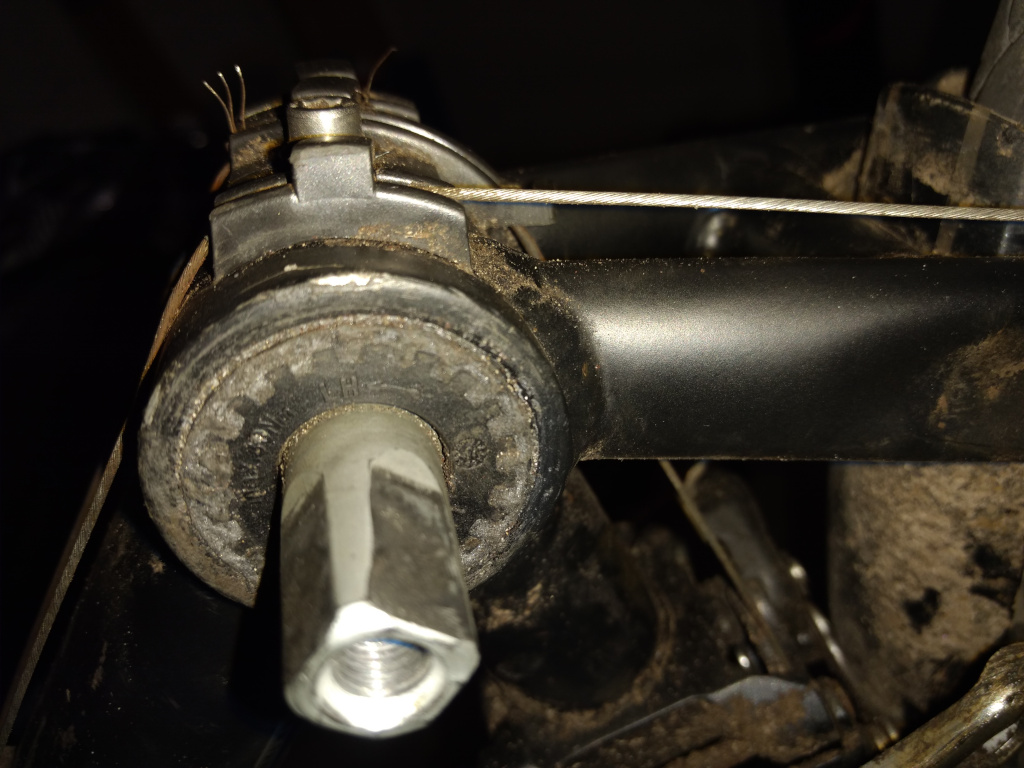 edit says: By the way, this is the tool I have been using in combination with a socket wrench: 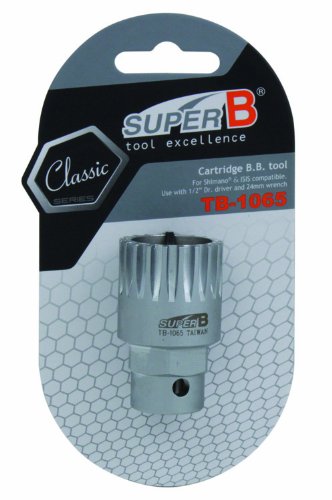 Sorry it took so long but the bottom bracket is finally out. The cup that had the destroyed teeth was easily removed by combining a spanner and a wrench with the tool. 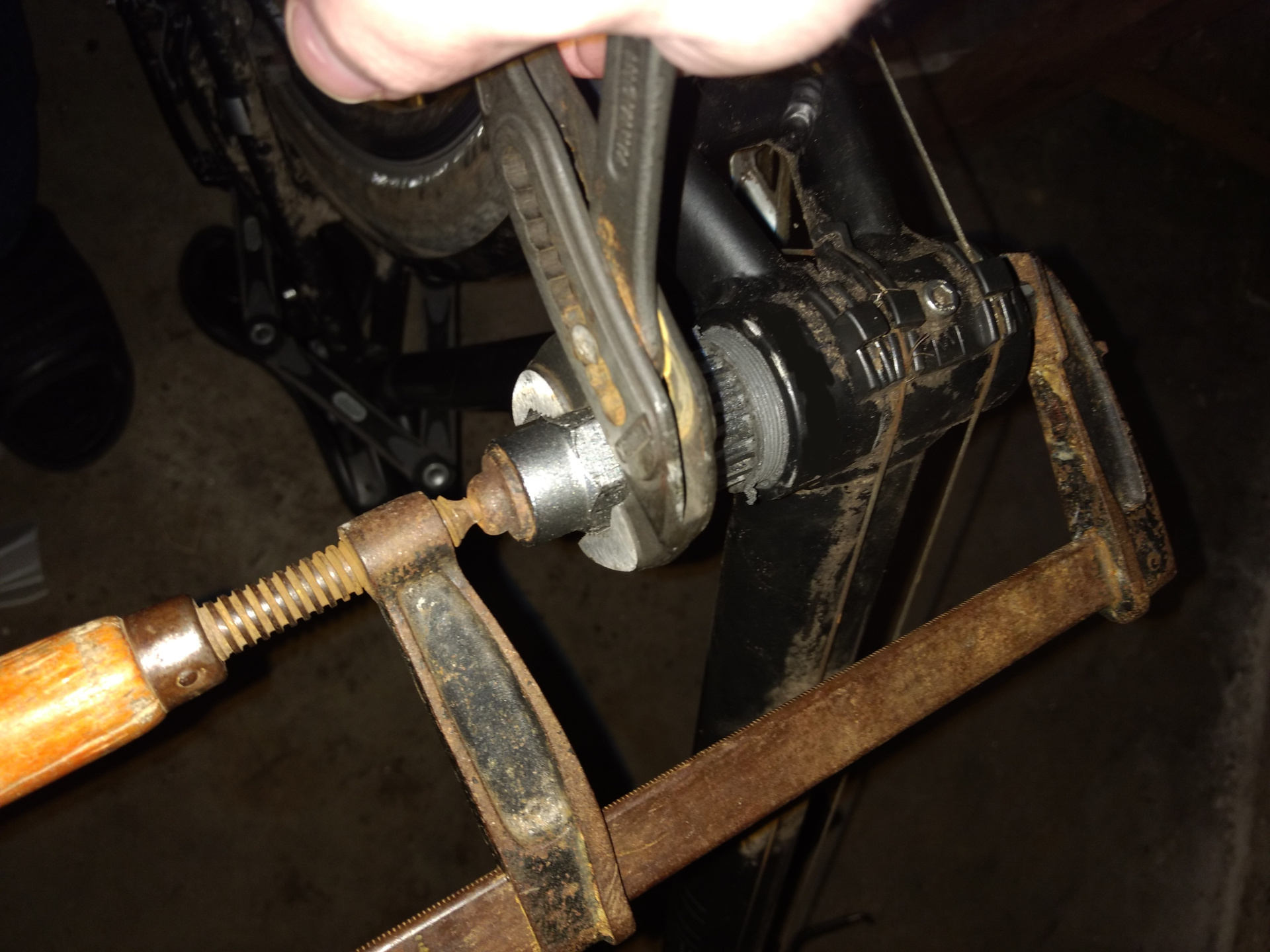 The other side - the one with the sheared off bit - was more stubborn and in the end a heat gun, a screw driver and a hammer were necessary to get it out. It was done by heating the cup up without damaging the frame or the bowden cable guard and then hammering the screwdriver into the inside of the cup in a way that unscrewed the cup. The thread of the frame into which the cup was screwed got damaged slightly.

Since Nathan's answer got the first cup out, I'm going to mark his as my answer.

From the look of it, the drive side teeth may yet offer some hope.

The first thing I would do is get some penetrating oil in the threads to maximize your chances of being successful before the teeth get destroyed completely. Apply it around the outside and see if you can get it to weep in, and you can use your BB cable guide's mounting screw hole to apply it from the inside. I use Finish Line Chill Zone and I'm very liberal with it and I recommend this approach as the cold shocking and thermal contraction/expansion seems to do a lot to break up corrosion and get oil worked in. Let it soak 24 hours and then clean and de-grease the outside where the tool will be engaging.

It's not clear whether you're dealing with corrosion here. If you're confident you're not you can skip that step, but it does look to me like the drive side teeth are offering you one more go, whereas doing this once all the teeth are completely gone is one of the more truly difficult things I've come across working on bikes, so making the most of any remaining attempts would be wise.

You need to rig up a way of holding the tool on to the splines tightly. If the spindle is hollow, you can use a quick-release skewer for this, and potentially some washers depending on what kind of tool you're using. Otherwise get a suitably long M8x1 bolt and some washers. Get the tool as lodged into the splines as you can. Tap it in with a hammer or use the quick-release/bolt setup. Then use a long adjustable wrench on the tools's wrench flats. Make sure you're going the right direction, clockwise to loosen the drive side for most bikes.

If that doesn't work, you're probably looking at needing to smash or ram the cartridge through the plastic cups or something similar.

Assuming the plastic cups are frozen in place in the BB shell, and application of penetrating oil or heat to the shell now is not going to help as there is not a way to grip the cups and un-thread them. You need some way to remove the plastic cup material, or enough of it to be able to force the BB cartridge out.

One way might be to drill a sequence of holes through the plastic cup between the BB shell and cartridge body. The drill would need to be smaller in diameter than the thickness of the cup. You want to avoid damage to the BB shell threads so the holes should be up against the cartridge body.

You would probably need to carefully cut or chisel out the remains of the notched flange to see the plastic material between the BB shell and cartridge body. 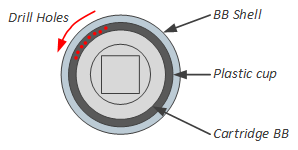 8
How can I remove the stripped plastic cups of a bottom bracket?