Is this aluminium rim saveable?

I have an 8 inch rear wheel off an adult scooter. It appears to have suffered crush damage - at a guess someone's driven a car over the wheel while on its side.

The bend is smooth and covers perhaps a quarter of the rim on one side only. However there is some crinkling on the outside. 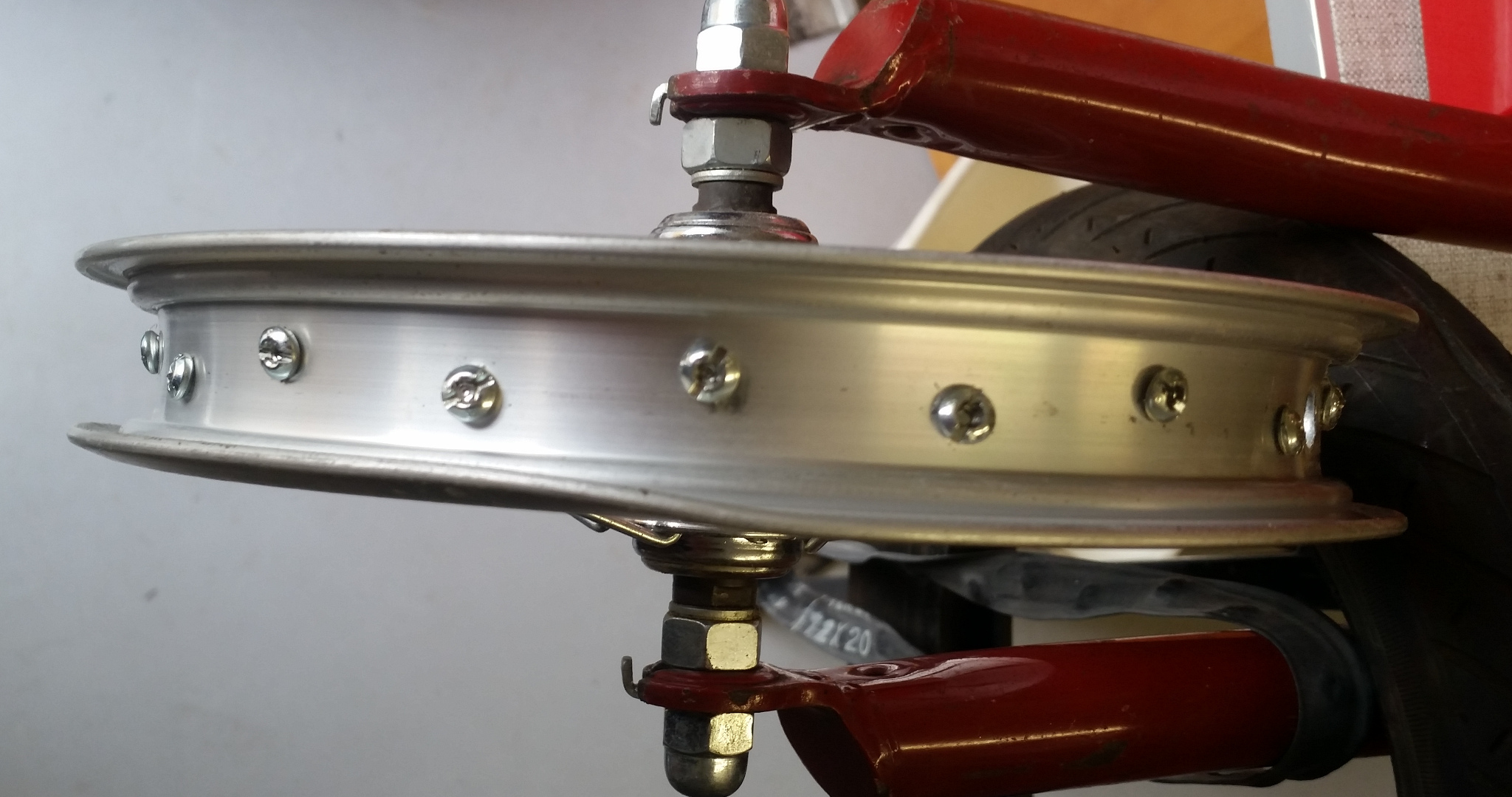 And from the side 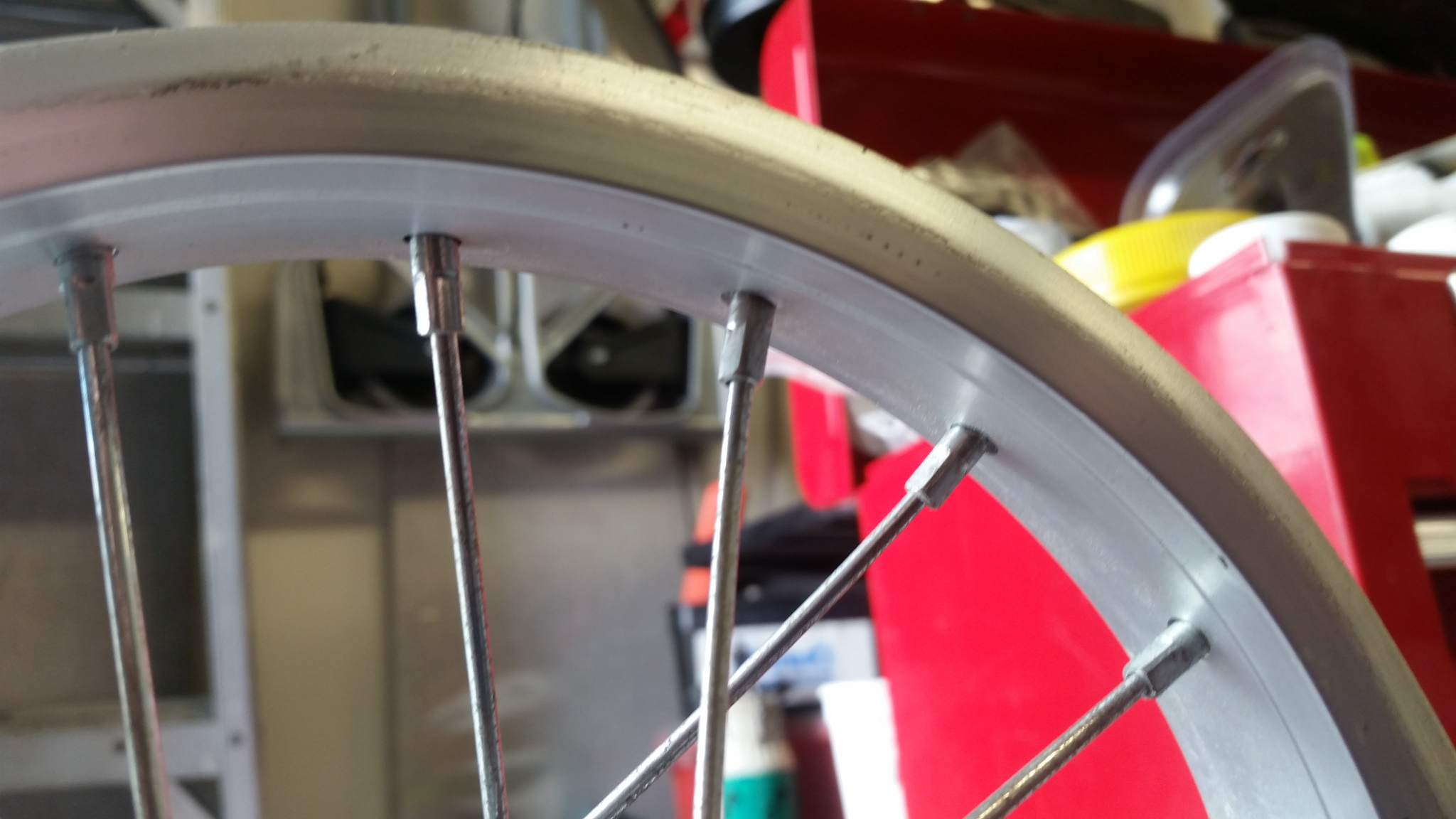 My gut feeling is that this will go badly if I try to straighten it. If it were steel the chance of success would be much higher.

Owner tells me it has never ever been driven over, but they didn't get it new. So its likely been used like this for several years.

Question Is it saveable? either by straightening it, or by leaving it as-is ? Or by bending the rest of the flange inward to match the squashed section?

I attempted to use a large 12" adjustable spanner to gently tweak the rim back to place. On the first pass along it worked okay, and took out about a third of the offset. It was better but not right.

On the second pass along I felt something crunch. It felt like snapping a thin green twig where the fibres break but don't part. This damage is visible on the left side of this photo. The pressure was no higher than elsewhere, and there was no warning, just a sudden crunch. 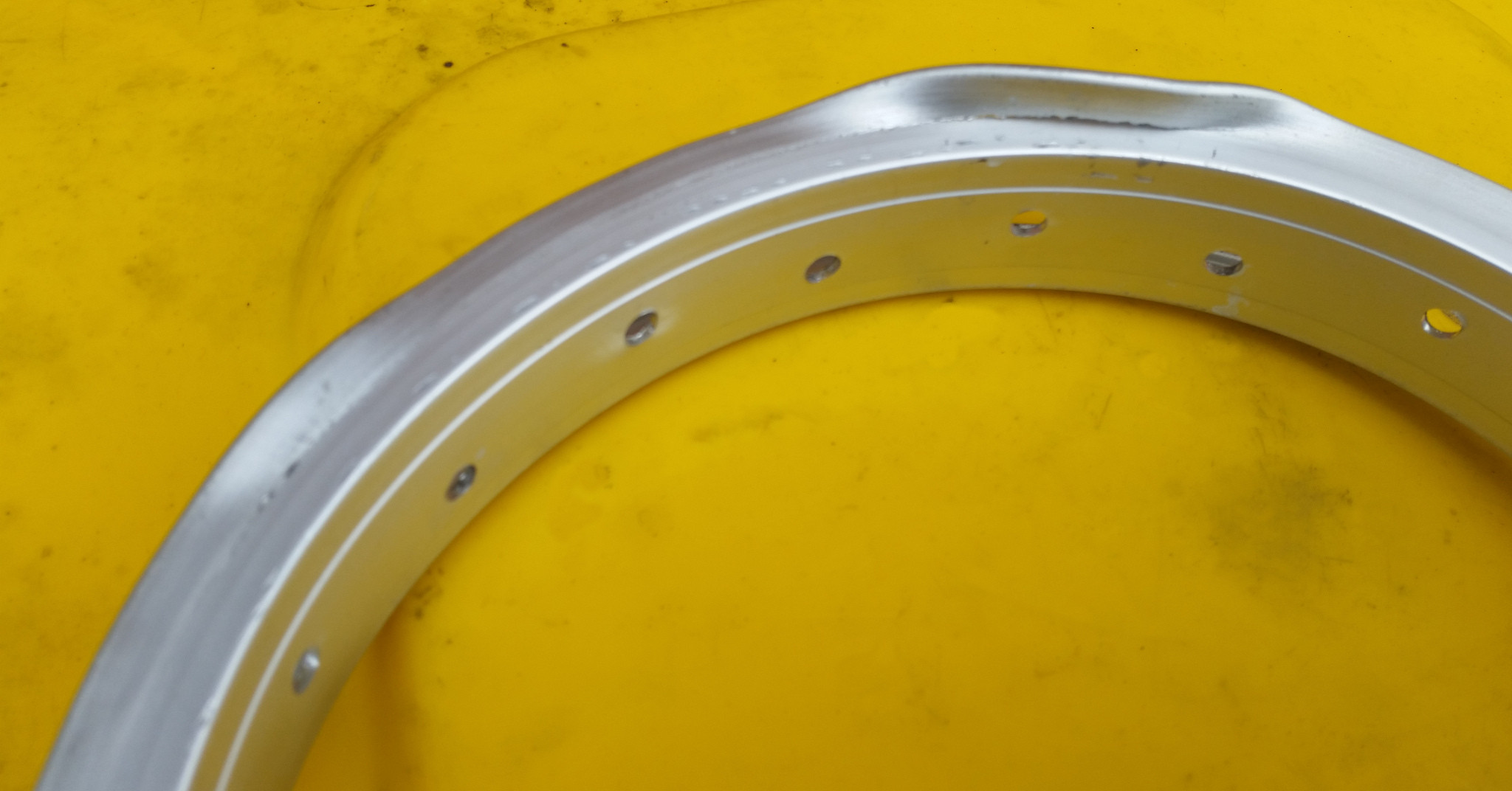 Its fairly evident that the rim flange has folded along the weakened line and its now utterly scrap.

Out of interest I gave the other end of the damaged area a good heave and it took about half the elbow effort that the undamaged part required for a similar effect. (bend on undamaged rim is out of shot sorry) 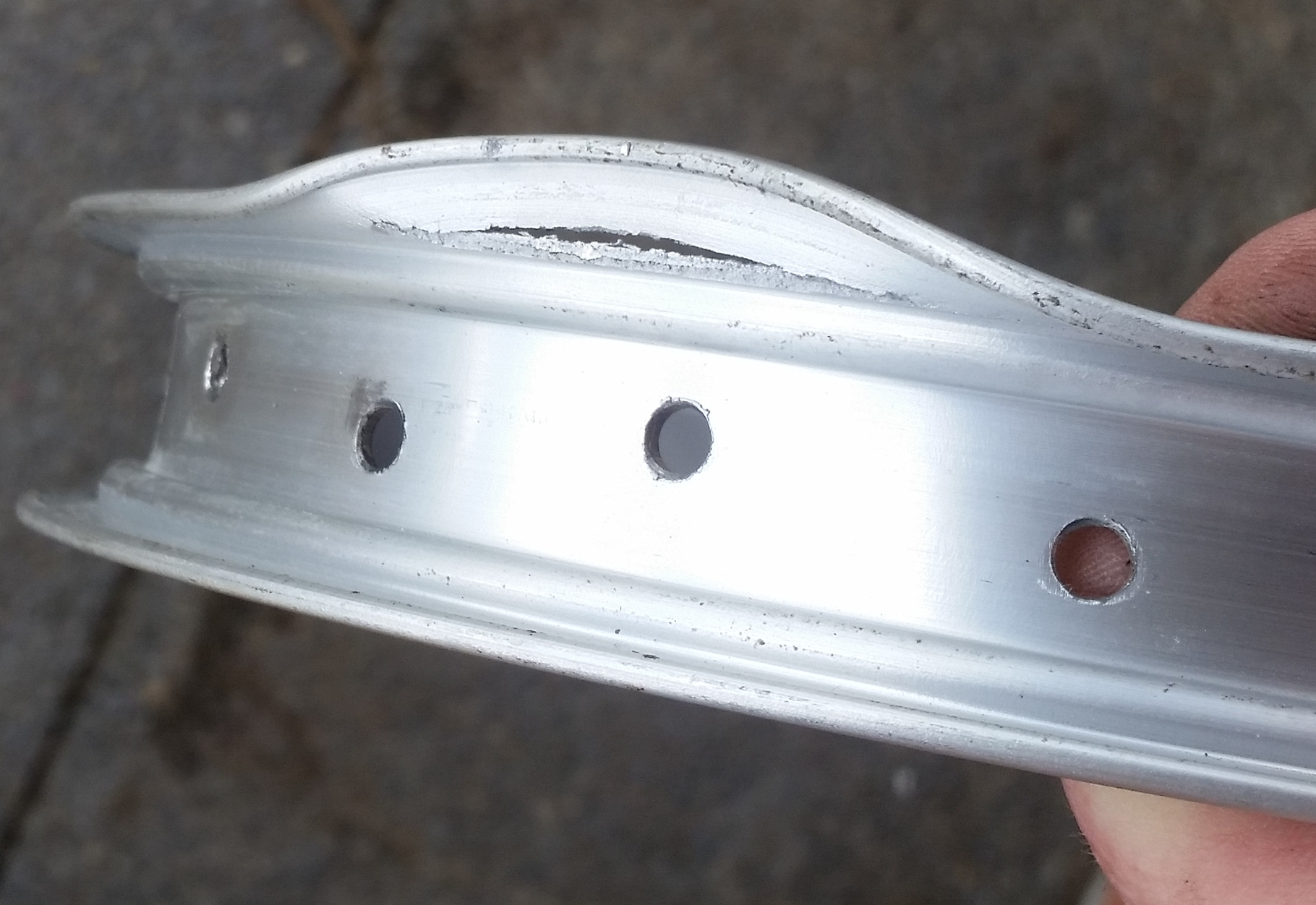 I have salvaged the hub and spokes, tyre tube and tape to rebuild on an undamaged fresh rim, which is why its a bare rim in these photos.

Do recycle them though - Aluminium is infinitely reusable.

Not the answer you're looking for? Browse other questions tagged rims damage aluminum or ask your own question.

-5
How bad is it **really** to bend aluminium rims? Requesting evidence based answers