Can I fix or replace the quick release lever on my thru axle?

I've got a problem with the quick release lever on the front thru axle of the bike I use for a short commute (a several-years old Motobecane Fantom Cross Outlaw, FWIW).

The last time I tried to remove the front wheel to fix a flat, I had trouble with the lever on the thru axle. The lever would just spin, and no force was being applied to the axle itself. I fiddled with the mechanism to try to get it to engage properly, but nothing seemed to work. I even tightened (and eventually removed and re-installed) the tiny screws on the sides of the lever. Still no luck. Finally I had to use pliers to turn the axle and get it off.

Once I got the wheel off the bike, I played with the lever mechanism some more and it seemed to be working again. I put the wheel (with new tube) back on, and the lever worked fine until I'd gotten the axle just barely tight enough. Now it's refusing to engage again, and I can't either tighten the axle further or loosen it up.

Anyone have an idea as to whether this is fixable? I've already tried tightening the screws that are on either side of the lever mechanism. If it's not possible to repair, can I replace just the lever, rather than the entire axle? I'm also open to replacing the quick release lever with a setup that would require a wrench to loosen/tighten. Thanks in advance for any advice! 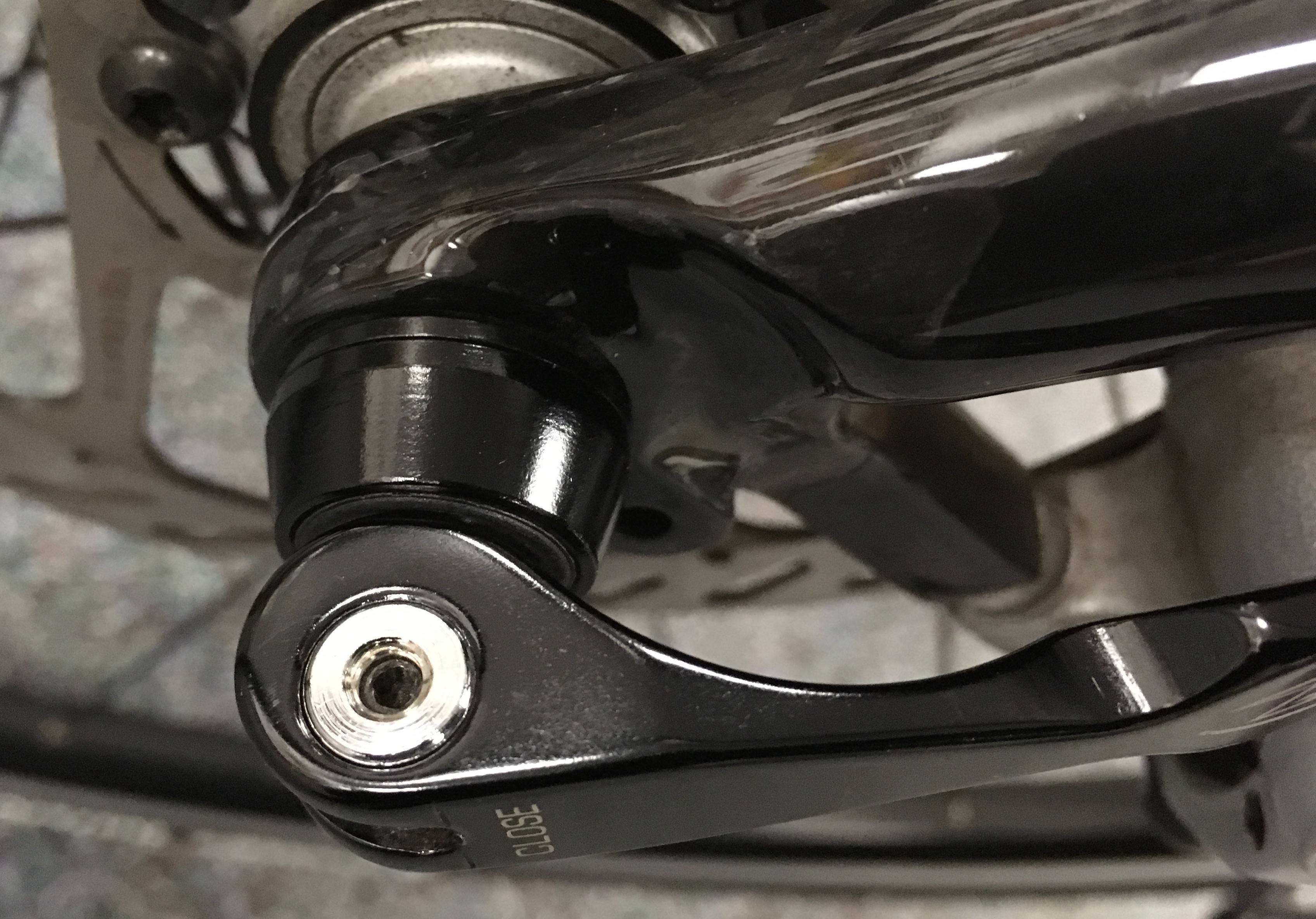 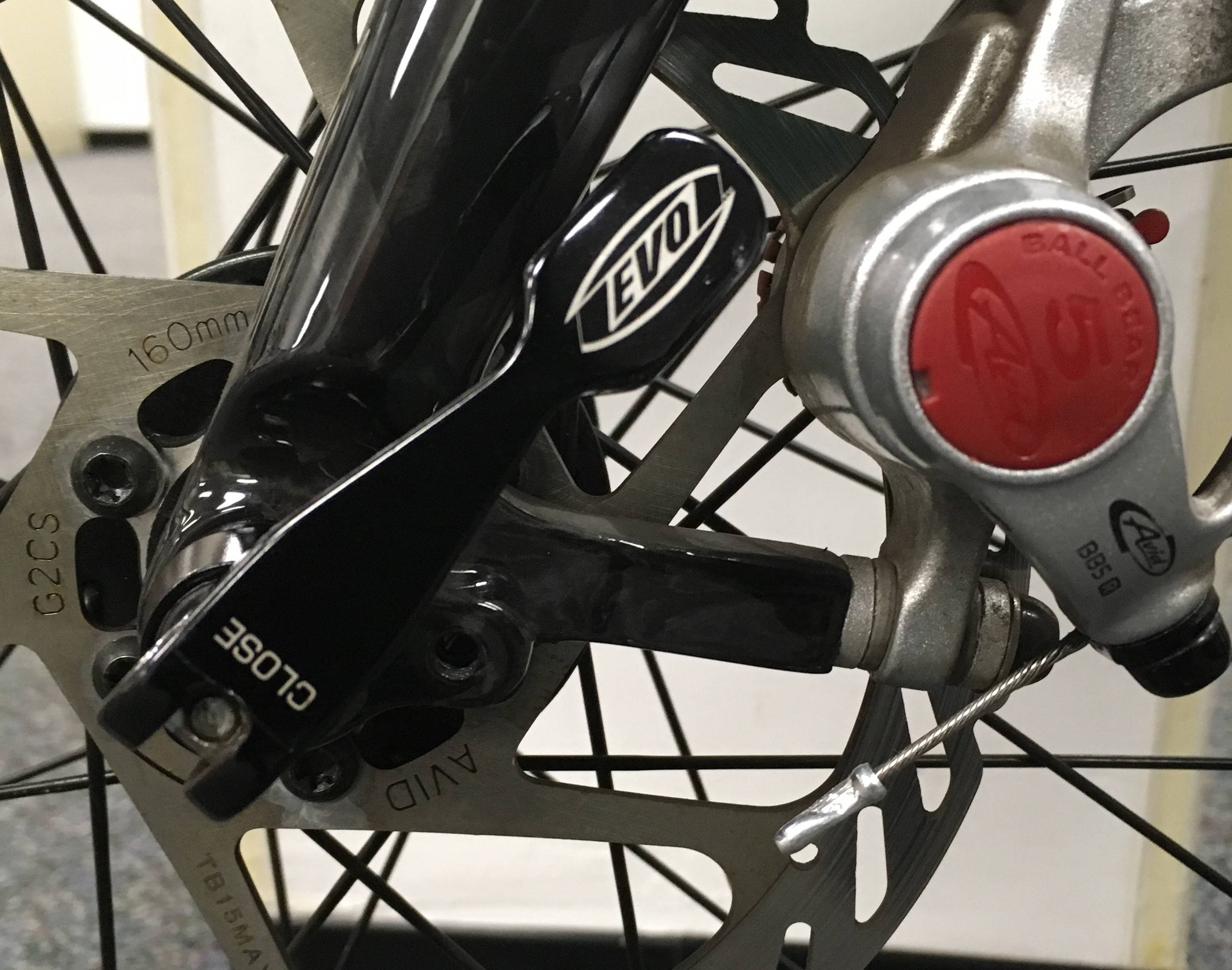 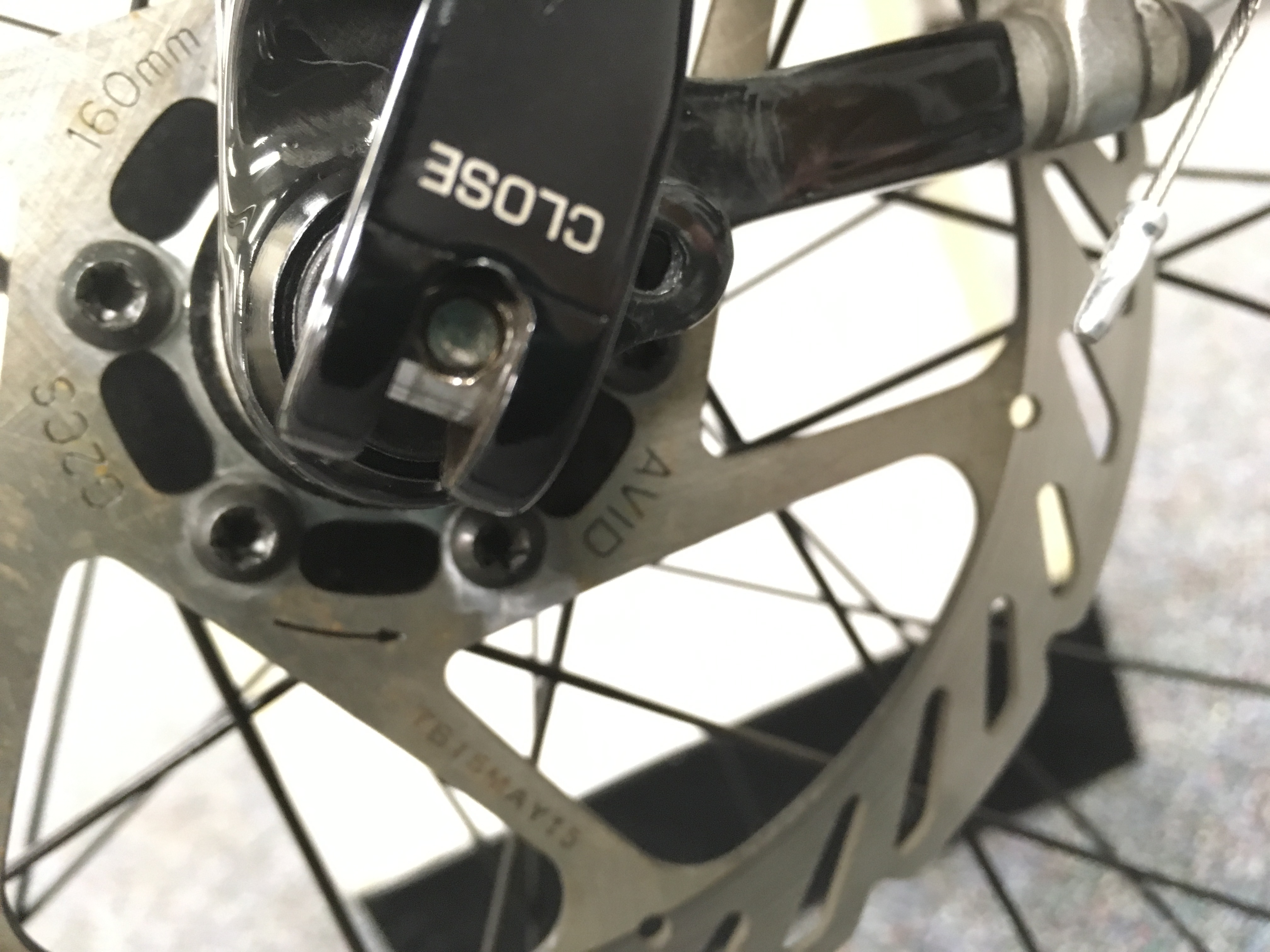 Whatever mechanism engages the lever with the axle that allows you to turn it is probably made of alloy and has simply worn so that it will not catch and engage properly.

You could try disassembling the lever to see what is actually wrong but you very likely cannot repair it - where would you find replacement parts for the non-branded axle?

Just go ahead and replace it, but beware that to be compatible the replacement needs to have the same thread pitch and length. See this article: http://blog.fairwheelbikes.com/reviews-and-testing/high-end-skewer-review/all-about-thru-axles/

Anyone have an idea as to whether this is fixable?

It's not worth it.

Quick release skewers are cheap. The medical costs you might incur if your "fixed" one were to fail while you're riding won't be - even if you have full medical coverage and no amount of medical care will cost you money, the non-monetary costs of any potential injury from a front wheel falling off while riding are potentially huge.

Buy a new one.

Not the answer you're looking for? Browse other questions tagged axle quick-release through-axle or ask your own question.

5
Can I remove my thru axle when the lever is disengaged?