I'm driving myself mad here trying to fix this. I work in a local bike rental / repair store, and took apart a bike's Suntour NEX 4610 V4 (2012?) forks from one of the rental bikes - now I can't fit the forks back together again. The 'damper unit' won't compress back to its previous state, it can't fit in.

Previously the bike's suspension hadn't been working, it seemed permanently locked and the lockout knob wasn't having an effect. I'm not too worried about that, but while doing some basic maintenance I took the forks apart, and from the right leg (leg with the lockout, so I figure it's related) came a compressing rod that manuals call the damping unit. It was already compressed to its maximum inside the fork, which must have been why the suspension wasn't working.

Anyway, I took the rod out and tested it a few times, and while doing so it suddenly extended past its original least compressed state, or longest length. I tried pushing it back, and now it cannot, literally cannot be pushed back to how it was originally compressed to fit into the fork. It barely goes half way.

... I haven't made much progress during my hours of fiddling. There's definitely the sloshing sound of oil inside. I was tempted to try opening the thing up and changing the oil - maybe there's too much inside - but there's no point I can open. The lockout knob on the top is firmly attached and the screw at the bottom is holding it tight, and isn't designed to fit a spanner. Probably not meant to be removed? Curiously I did on one occasion make slow progress; I twisted the rod, messed randomly in frustration with the (old hard to turn, seemingly broken) lockout knob at the top, and found I could kind of lock it at certain points, which I could kind of use in increments to compress the whole rod tighter, getting closer to its original compression. I got fairly close, but once I let it go it just slowly slid back to the overly extended position. There were definitely a lot of sloshing sounds during that whole process. Again, the oil is maybe the problem? Or did I do something stupid with the lockout?

I don't care anymore for fixing the suspension, I'd like to just try get it back in the bike for now. But the task seems impossible. As is perhaps clear, despite working in a shop I'm not actually too experienced with this. Would really appreciate any tips or advice, even direction towards where I should focus would help. I've attached some photos. I can't find a manual that details anything on this for the Suntour Nex 4610 V4. I did at least find the exploded view here. Makes me think that the rod I'm dealing with (top left of exploded view) isn't meant to be disassembled so oil isn't meant to be messed with. Also it shows the lockout cap removed, but through no amount of force can I get the cap off (might be because bike's old and that cap's very chewed up. I can barely fit a thin knife under it). 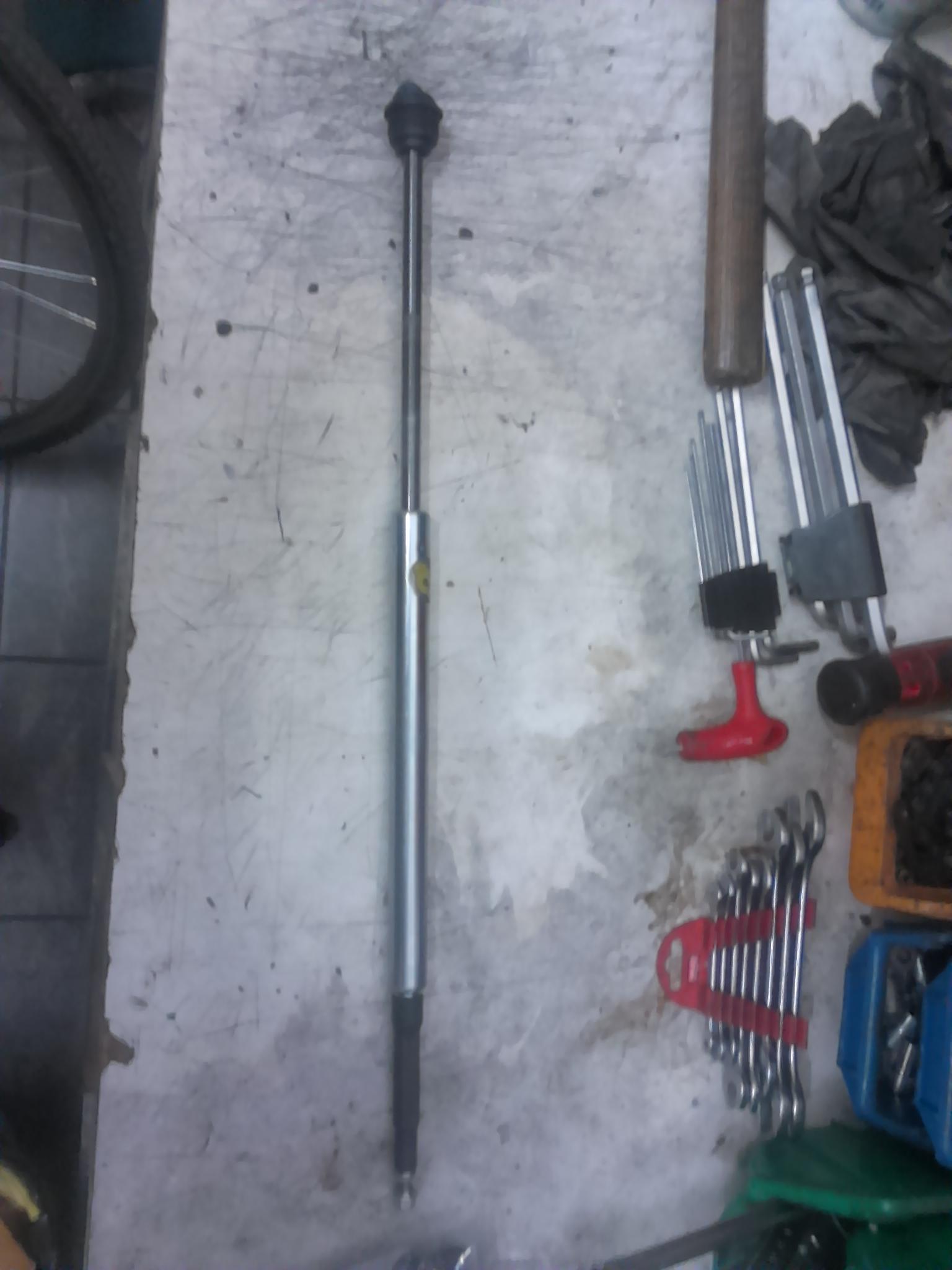 Something is likely blocked or broken inside, and there's not much you can do it about it unless perhaps you contrive a way to open it up, which probably wouldn't be all that reasonable to attempt given the hassle and low ultimate odds of success. They're meant to be unserviceable in every way.

In a shop context the thing to do is call Suntour on the chance they either have a replacement (possible) or a fix (unlikely), or would warranty the fork Their US office is helpful; don't know where you are though. If not that then replace the fork, which is usually where this goes one way or another.