I have an almost-new New-Old-Stock Shimano Alfine11 internal geared hub in the rear wheel of my bike. Its on 300 km now, with a first oil change due at 1000 km and then yearly or every 5000 km after that.

There seem to be two ways to lubricate them

Option 1 needs a 50mL bottle of oil, probably good for one change at a cost of $21 USD 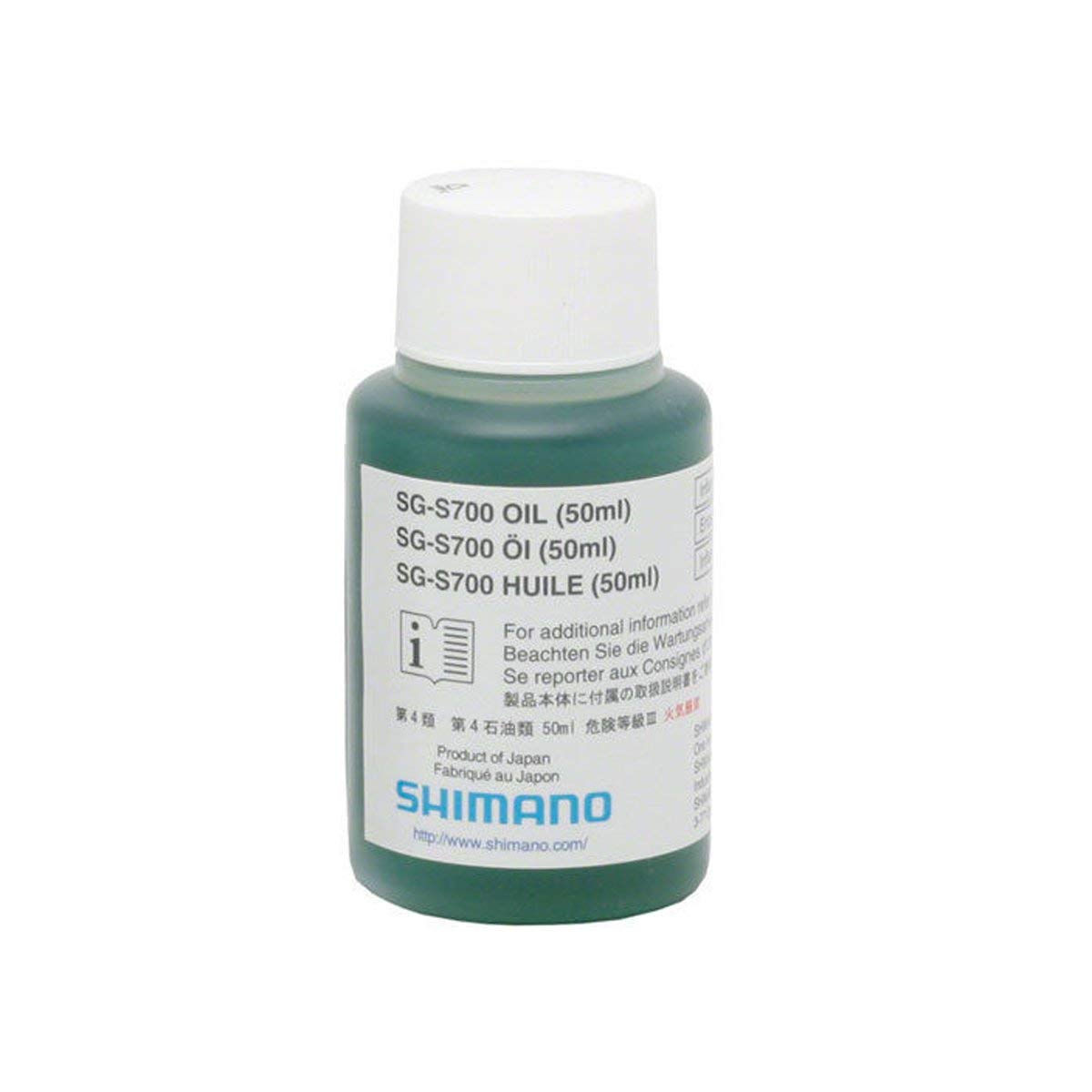 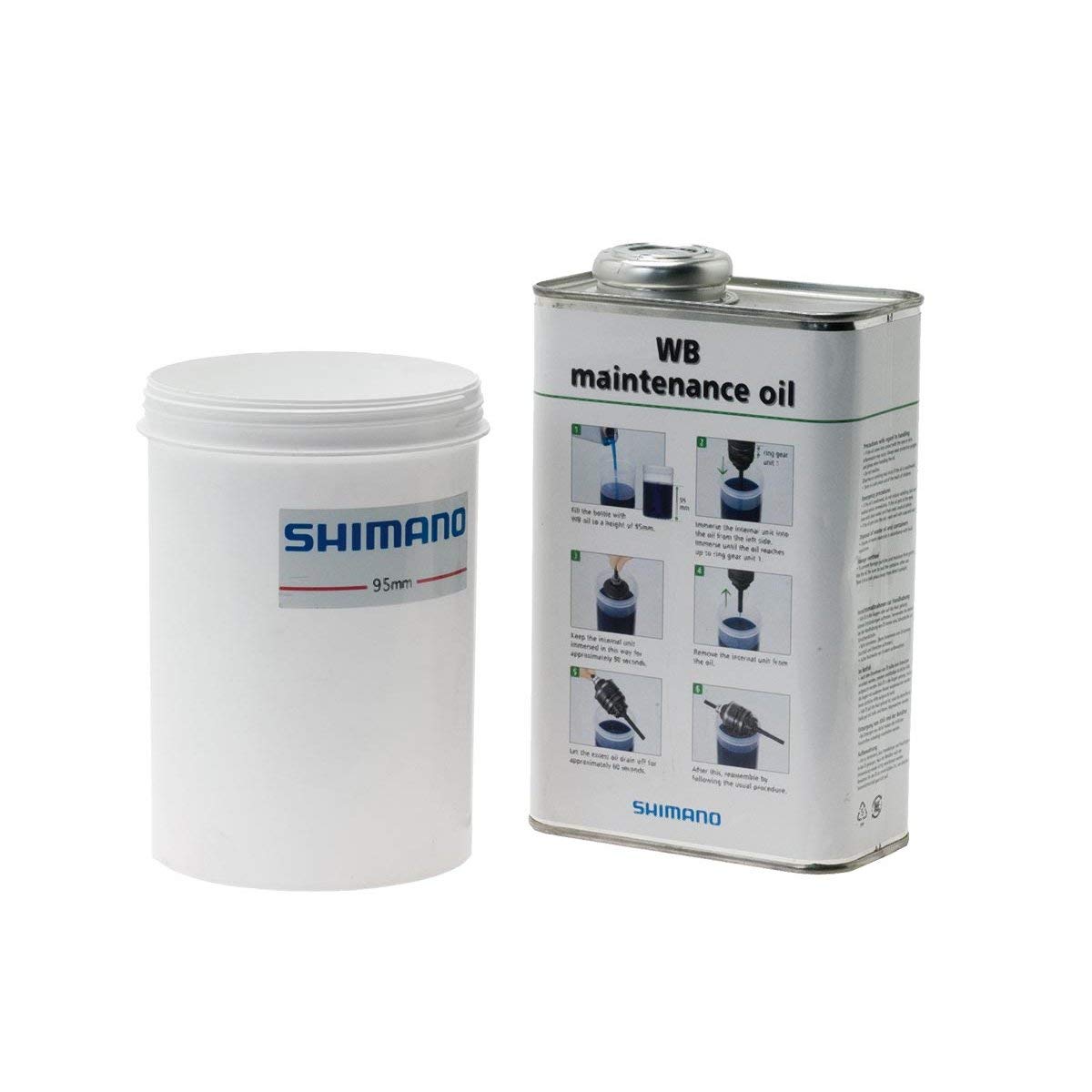 That tin is 1 litre, so its twenty times the oil, so each oil change is 1/4 the price of a single bottle.

I will probably ride enough to need an oil change every 6 months.

What other reasons for choosing one over the other other than straight price? Lifespan of the opened tin?

As far as I've discovered, the alfine oil is the same stuff in both the small and large jars. So the large jar makes sense for high-mileage gearboxes, but you don't "break even" till you're doing your fifth oil change.

The downside is that the ongoing oil change intervals are "every 5000 km or every 2 years" so I don't know if the oil will spoil in the same way brake fluid spoils once opened. I'm not prepared to risk that.

The Alfine 11 does come apart for repair, but it is not lubricated this way. I understand that there's grease inside, and this oil somehow "feeds" the existing grease.

The proper Alfine Oil came in a bottle in a bag. The labels are: 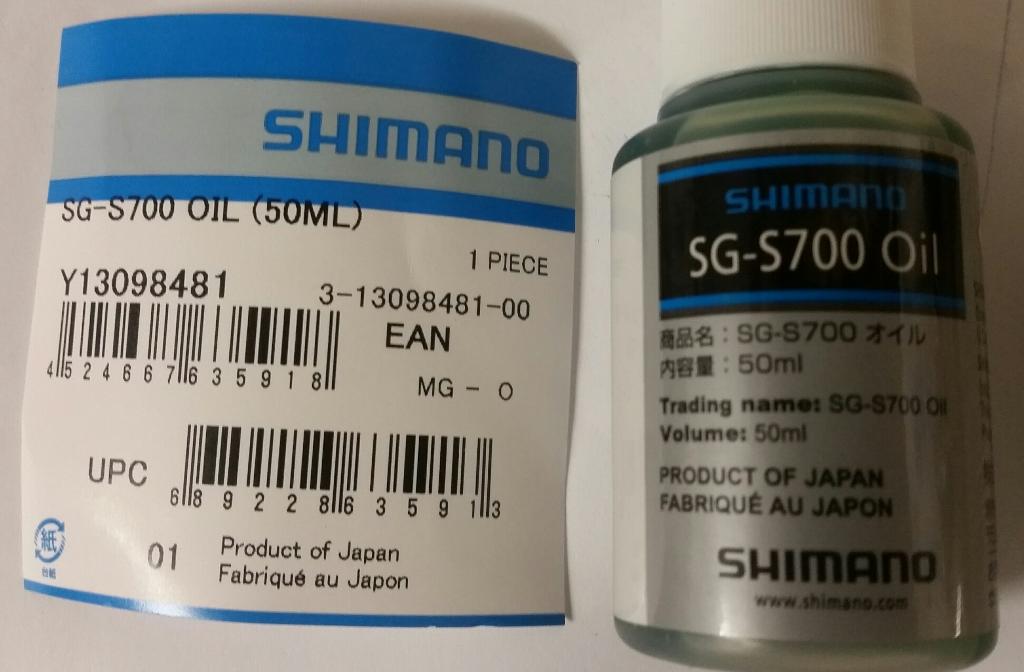 Instead you need to buy the proper Shimano TL-S703 tool, which is a bit of pipe and a fitting. And you need a disposable syringe to fit the tube. Instead, I built a replacement. 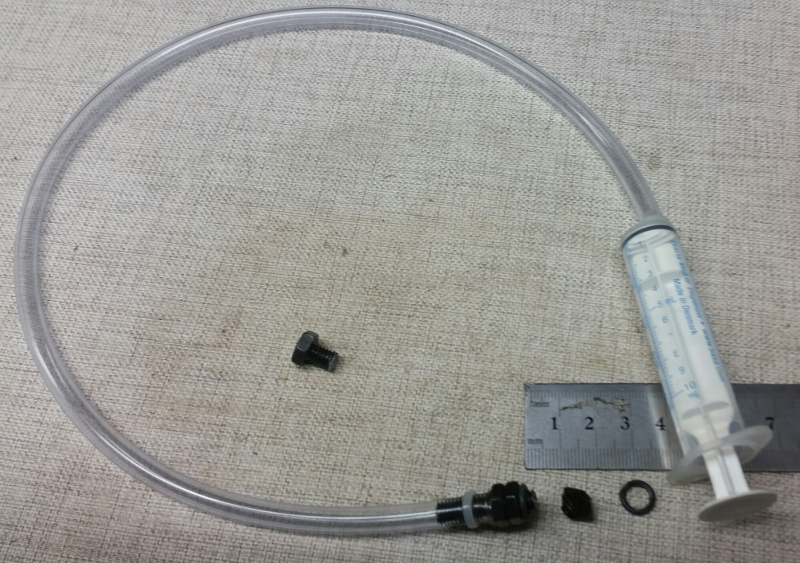 The later version has a 50 mL barbeque syringe on it instead. 10 mL was too small.

In the middle is the bolt that normally seals the gearbox filler hole. Its really quite short.
So I scrounged an old bolt that had the same thread. Using a combination of drill press, a drill vice, and a small spirit level I drilled a tiny hole right through the center of the bolt. This was widened out to about 5 mm using a series of drill bits. Once that was done, I cut the head off just where the blind hole stopped.
Then I flared the very ends of the holes using a larger drillbit. This was to help the oil flow in better.
The two nuts are tightened together leaving the same amount of thread exposed as the original bolt. Ideally this would be flush with the inside of the casing, but I have no way to tell.
The O rings were simply what I had around. They are optional. 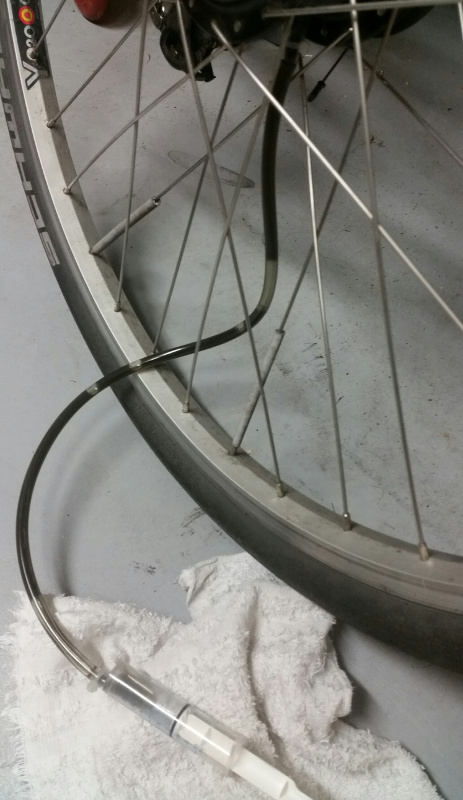 Extracting old oil. Later on I shortened the tube to about 30mm total. A long tube was unhelpful. 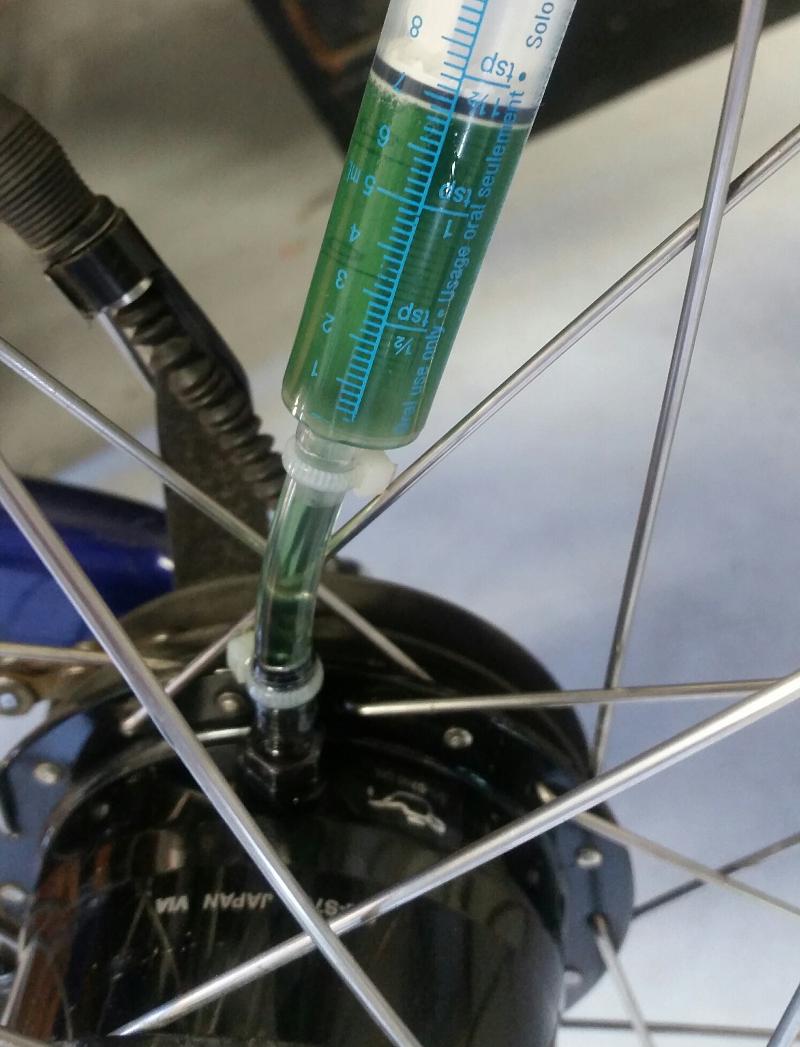 Adding the charge of new oil. Here this shows the short tube, and injecting with the hole rotated to the top. Adding 25 mL with three separate shots was a bit silly, hence why V2 has 50 mL BBQ syringes.

To limit cross-contamination, I have a "clean" and a "dirty" syringe, each with their own hose and attachment.

The oil itself goes in a vivid translucent green when new, and comes out grey and stinkier. The old oil is still viscous, and a 5000 km change interval probably reflects shimano's cautious limits, same as tooth capacity counts for their derailleurs.

The oil's odour is hard to describe - its not like any motor oil I've ever used. I'm also familiar with the tang of EP90 gearbox oil, and its as strong in smell intensity but otherwise different.

This gearbox oil smells waxy, with strong hints of vegetable. I cannot think of any other fluid that smells the same.

An oil change takes HOURS mostly because the syringe can only suck the oil that has pooled at the bottom of the housing. So going for a bike ride beforehand is a good idea to warm the oil and make it less viscous.

Disposal: I haven't disposed of the oil yet - not sure that it could go in an oil recovery tank. The quantity is quite small that landfill may be a valid option.

I´ve been using Shimano A11 for long time now. It has about 12000 km on the clock. Works fine, shifts perfectly. In the beginning I had issues with leaking oil which is a common thing. I decided not to use oil but went to light grease with spec. NLGI 00. Doesen´t leak anymore and works fine. I do the gear maintenance once/3000-4000 km or once a year.

Not the answer you're looking for? Browse other questions tagged internally-geared-hub lubricant alfine or ask your own question.

4
Advice for servicing a Scott Sub 10 [8 speed Alfine hub gear]
1
dishing on alfine hub
12
How to prevent Alfine 8 from "skipping"/"slipping under load?
1
Replace Nexus 3 with rollerbrake with Alfine 11
2
Can I install/convert a Giant Quick-e+ 2019 to use an Alfine 11 speed IGH?
5
Wear on an IGH by pre-selecting gear under power
0
Alfine 8 vs Alfine 11 Gates CDX chainline?
7
Internal friction in new Alfine 11 S7001-11
5
Different vibrating tone on a belt drive with a Shimano Alfine hub