This is frustrating me. I recently bought Shimano Dura Ace ST-R9120 hydraulic levers/BR-R9170 calipers combination. Got to the stage of bleeding the brakes and removing the bleed caps from the tops of the levers. The caps, as tensioned from the factory, will not undo with a new hex key fully inserted in them. Instead the key takes some tension and then spins around in the hole without moving the caps. To remove the caps I had to get a large set of vice grip pliers and start the caps turning. Of course in soft aluminium that means the outside of the caps are now marked. A pair of these is now on the shopping list: 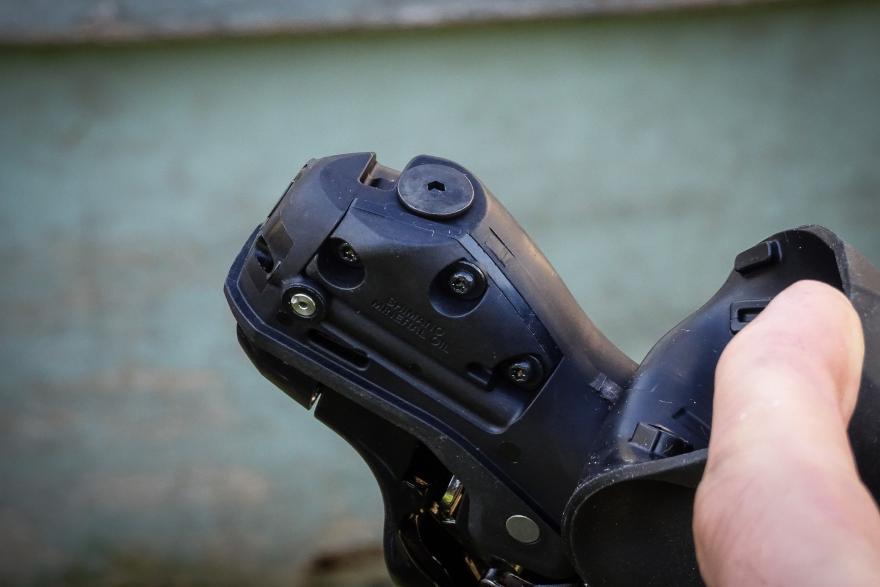 You might imaging this is using a ball-end key or the wrong size key. No, this is using a new metric set, fresh and unrounded. Nor is it undersized, same as every other key or socket I can find.

Same situation with various other Shimano bolts. Though larger bolts will not let the wrench spin in the socket and fail to move they will grab the wrench when tightened to torque as if the bolt head is deforming and requires some backward movement to release the wrench. Not using too much torque - in fact using a torque wrench to specification.

What is up with their bolts? Am I supposed to buy Shimano 2.55mm hex keys or something here? Are they just using hex driver sizes inappropriate to the bolts? Maybe hex is just bad at transmitting torque and we should be using square (Robertson) drivers.

Well, it's no just you, my ST-R9120 bleed srew accepts 2mm (as stated in manual) very loosely too, 2.5mm is too thick, there's even a whole thread on WW dedicated to the issue, apparently those screws are/were of very poor quality, this was not the case with ST-RS685. Some of proposed "solutions" are:

Update: among three sets of hex wrenches I have access to, one had 2.5mm tight enough not to strip the bolt. Both bolts unscrewed with a slight click. So, #6 worked for me.

Not the answer you're looking for? Browse other questions tagged shimano hydraulic-disc-brake tools or ask your own question.