What is the generic name for the gear shifter where you have one trigger for the up shift and another for down shift?

I recently bought a bike with new advanced gear shifters where you can shift easily as the shifter has a trigger for the up shift and downshift? I would like to replace the twist shifter in my old bike with these but do not know the generic name for it.

So I would like to know the generic name for it so that I can get the old ones replaced at a bike shop. This one comes with integrated brake lever and position indicator

Sounds like an indexed thumb shifter or an indexed pod shifter or a trigger shifter. All three names mean the same kind of thing, though different designs may put the two levers in different places, or may use a button for release. 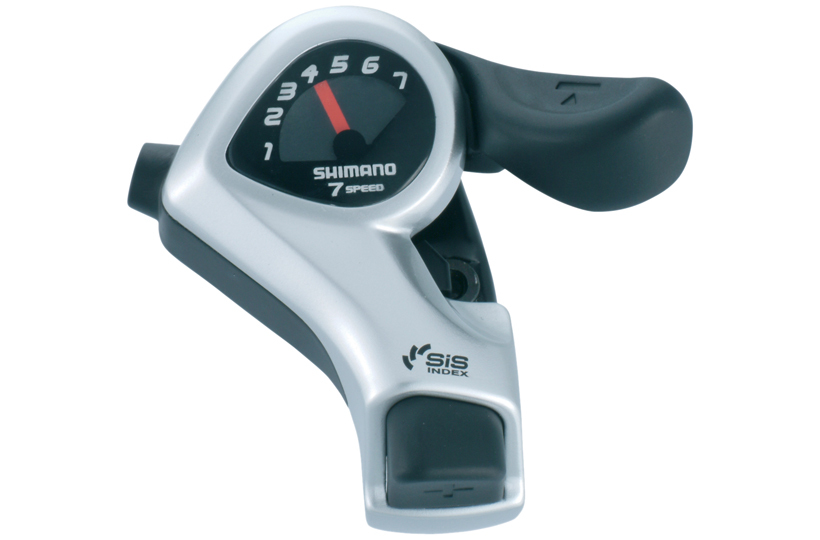 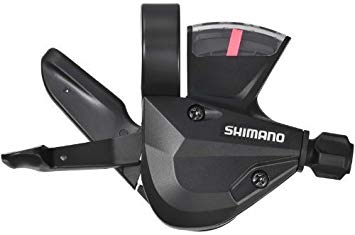 Its possible to get shifter/brake levers integrated into one unit. Advantage is that you have fewer mounting bands on your bars, so its a space saver and a small weight saving. Disadvantage is that changing a shifter MAY mean changing the brake lever too. 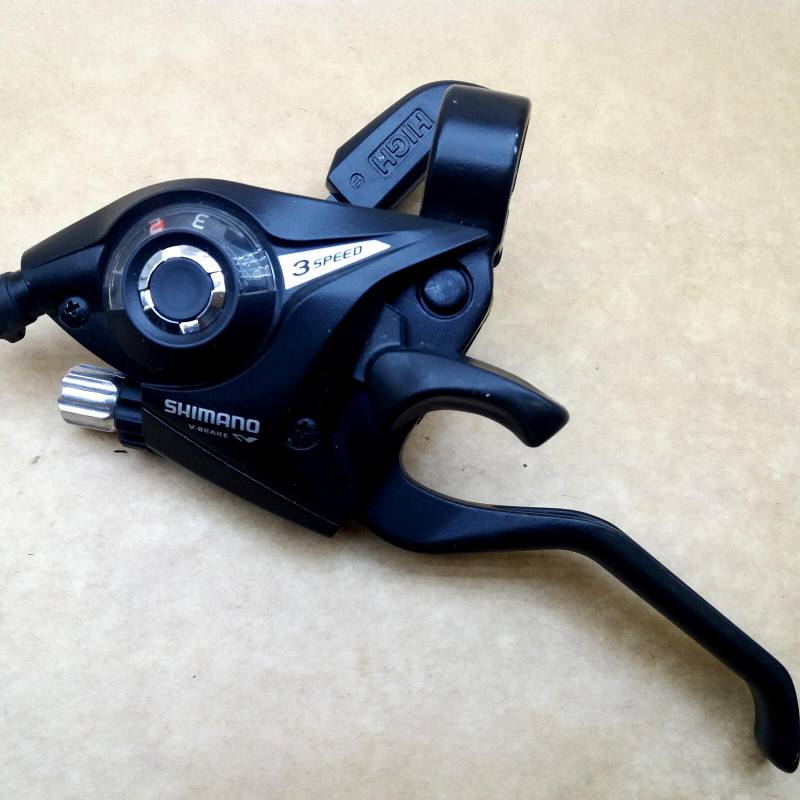 Shimano has a bunch of standards for combination shifter and brake levers, named I-Spec and available in variants called "I-Spec A" which is the original, and "I-Spec B" and "I-Spec II" none of which are inter-compatible.

There is nothing wrong with running a separate gear shifter and brake lever, as long as they're both reachable from your grips. From a future-proofing point of view, separate makes a lot of sense. 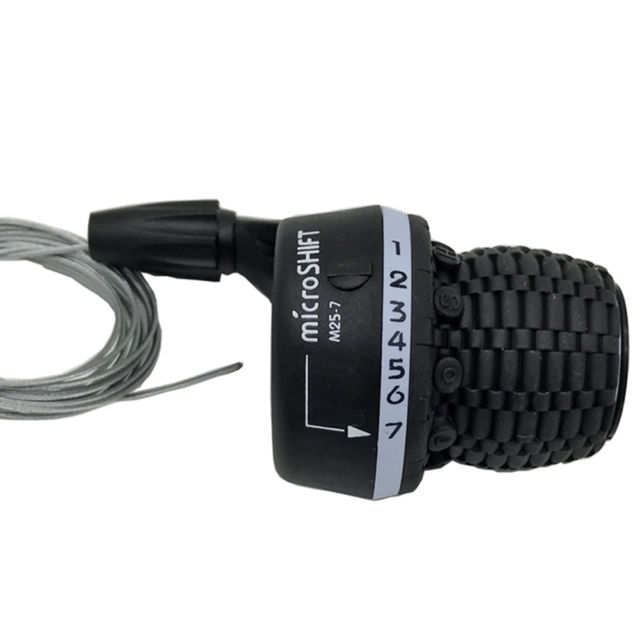 The grip shift, or revoshift, or many other names. These are commonly found on cheap nasty bikes known as BSOs, and are renowned for having a short life. They tend to crack rending them useless. The exception would be the Rohloff grip shifter which is super robust. 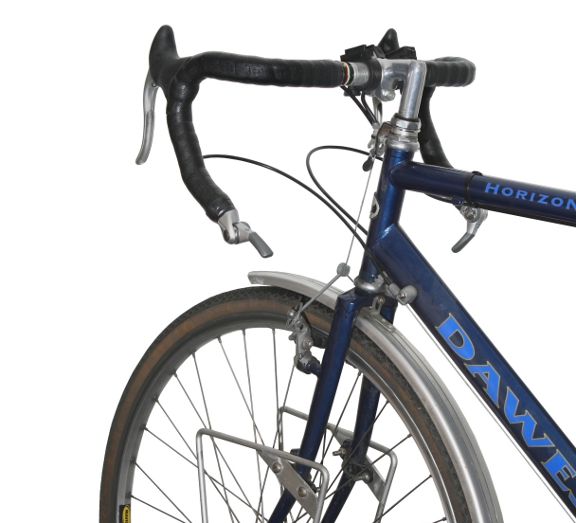 bar-end shifters - popular with touring riders, and can often run in indexed or friction modes. I find the cable routing looks weird, so its not uncommon to route the cable under the bartape, or even completely internal to the bars. 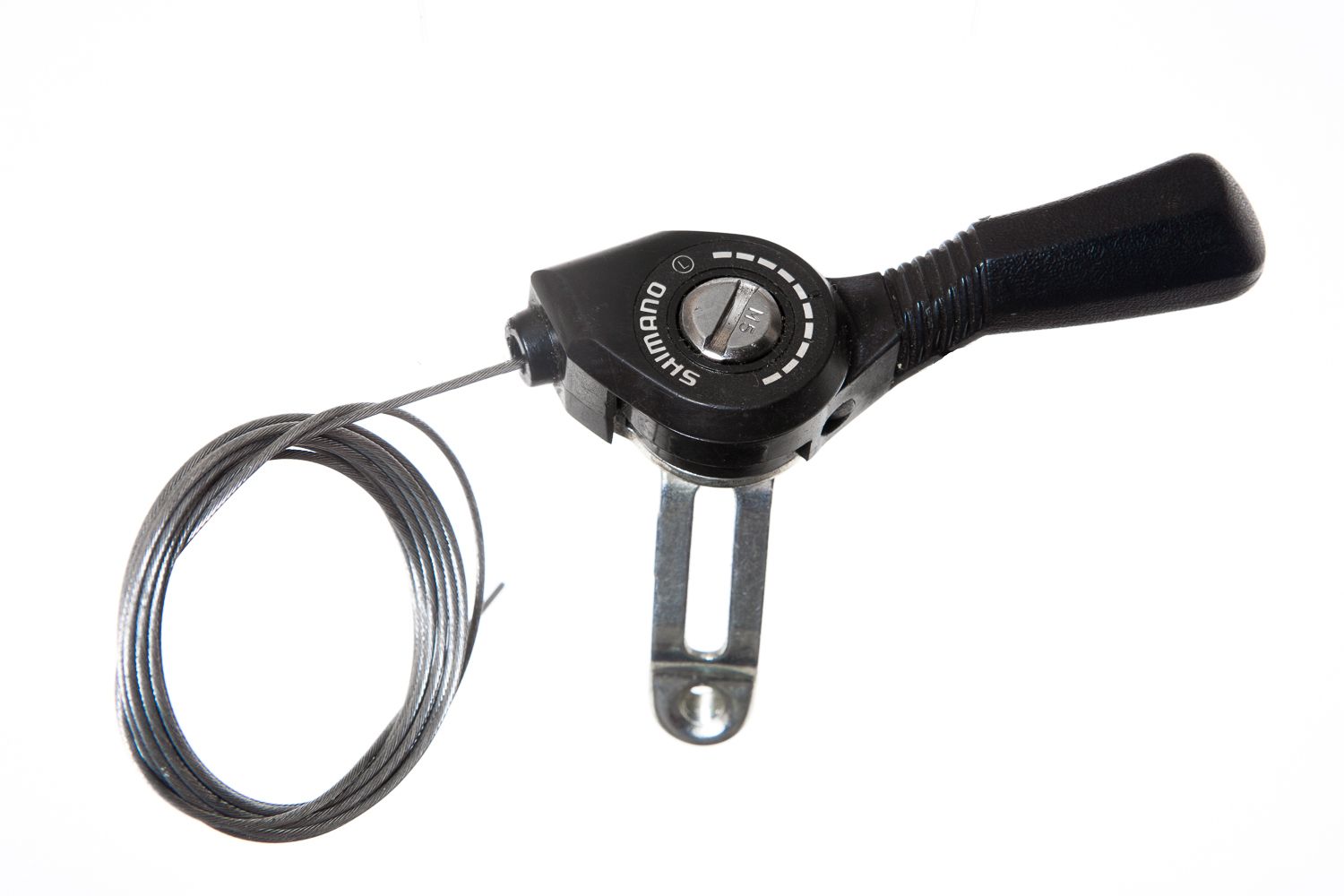 This is a friction shifter, where the position is determined by your skill only. 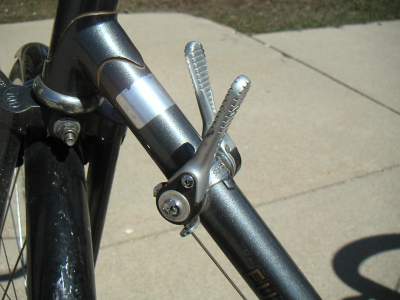 This is a pair of downtube shifters, more common on 80s road bikes. These never really appeared on MTB. Can be mounted on the stem, in which case they're called stem shifters. 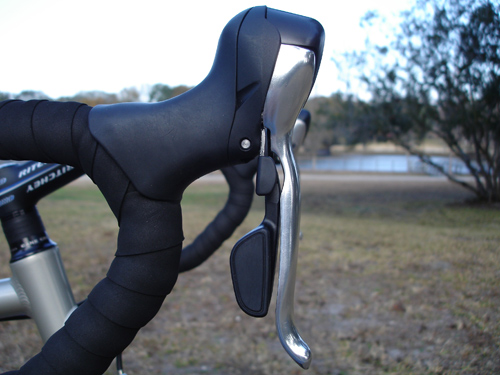 Finally brifters - the gear change of choice of the drop bar rider. Common on Road bikes and Cyclocross, and gravel.

"Rapidfire" or "rapidfire-style," referencing Shimano's name for their shifters of the type, are sometimes used synonymously for trigger shifters along the same lines as V-brake versus linear pull, Frisbee versus flying disc, etc.

Notably, calling these anything with "thumbshifter" in the name is incorrect. "Thumbshifter" refers specifically to flatbar shifters where a lever is rotated around a pivot and keeps its position, as opposed to springing back like trigger shifters do. For better or worse, it's the name we've got for this type; that you also use your thumb on trigger shifters makes it a little confusing.

When looking online searching for "flat-bar trigger shifters" will present results with products like you describe. Within any specific bicycle products online shopping site, one can use filters to narrow down the product selection with some of the last, most specific filter options, labelled "flat-bar shifters" or "trigger shifters." An example of a filtered search would be (homepage of an online store), select (products),(recreation/fitness), (bicycling), (bicycle components), (road bike or mountain bike or trekking or city bike or ALL), (gears, drivetrain), (gear shifters), (flat bar shiters OR drop bar shifters),. (trigger shifters OR grip shifters OR bar end shifters OR brifters*). *Brifters are a component of road, gravel, or cyclocross bikes which are utilized on drop-bar style handle bars. The levers actuate both the BRakes and shIFT gears depending on the direction the lever is moved. Shimano has a propietary name for their trigger shifters called "RapidFire" and "RapidFire Plus". SRAM simply uses "Trigger Shifter" and their most common models of these have an "X" followed by a number.

5
Gear indicator on SRAM X5 Shifter shows wrong gear
0
swap Shimano Alivio gear indicator for cover plate
3
converting stem shifters to brifters
0
Shifter doesn't reach bigger gears
3
Front gear issues with middle ring (not always making it over)
1
Will any Shimano mountain bike shift cable set work with any Shimano mountain bike derailleurs and shifters?
9
Shimano Revoshift twist grip unusably tight
1
Front chainring issues + can I install Falcon Friction thumb shifters to an Shimano STX derailleur set?
1
First shift up after shifting down only moves as I'm releasing the lever not on both the click in and click out of the lever like the consecutive ones
3
Need help understanding my grip shifters on my handle bar