What is maximum load of CroMo fork? 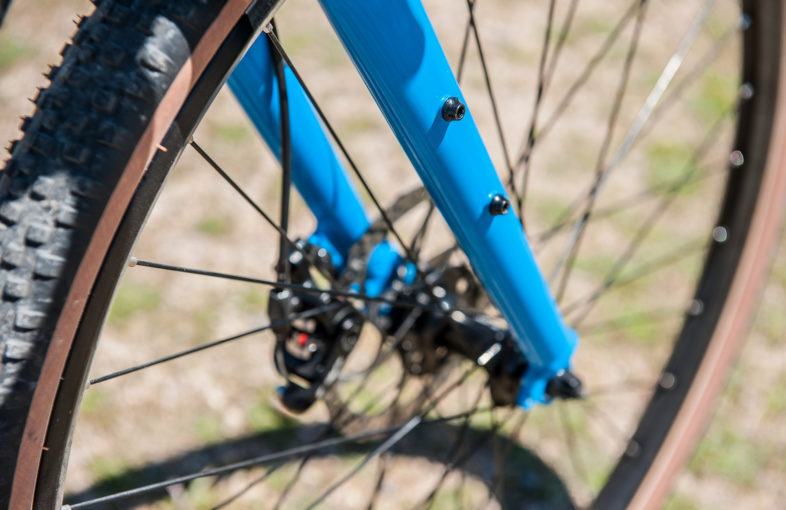 I have exactly this one, CroMo fork and I wonder what is the maximum load of it (I am asking about single "leg", one side). I am looking at 1.5kg (3.3lb) -- it would solve my water resources problem -- but I am afraid of rotational forces and I don't want to damage anything during the trip.

So how much load I can put on CroMo fork without destroying it.

These mounting points are (also) meant for front panniers. By the time you get to 5kg per pannier it's the handling your have to worry about, not the load. On my tourer I've been known to strap bottle cages above my front panniers for a total of about 6-7kg per side including rack.

There are (or were when racing bikes were steel) very light CroMo forks; even then that sort of load wouldn't have been an issue but drilling mounting holes might have been.

Not the answer you're looking for? Browse other questions tagged fork weight or ask your own question.

12
What is a good rear wheel for a heavy load?
1
Fox Talas RLC fork not rebounding, and compressing under no load
11
Maximum weight an average bicycle can carry?
3
What is Speed Lockout on a SUNTOUR fork?
1
What is the problem with my suspension fork?
0
What is the maximum recommended rider weight for using a dual suspension bike?
2
Should I multiply maximum tyre load by number of wheels to get maximum bike load?
2
Fork load capacity