I am trying to mount a metal fender on my bike that was formerly a cross bike. I explicitly moved to this one (used) because the "crossy", plastic ones tend to slip to one side or another, and are not long enough in either direction.

The fender came with four screws that are, I believe, translated to English as "Strive Bolts" (German: Strebenbolzen/Klemmschraube). In the below image, the screw will sink into the "center" ring, and thus the hole becomes tighter. 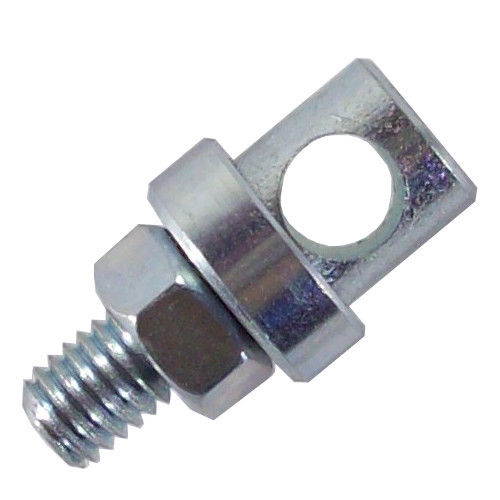 One centrally on each fender (see below) 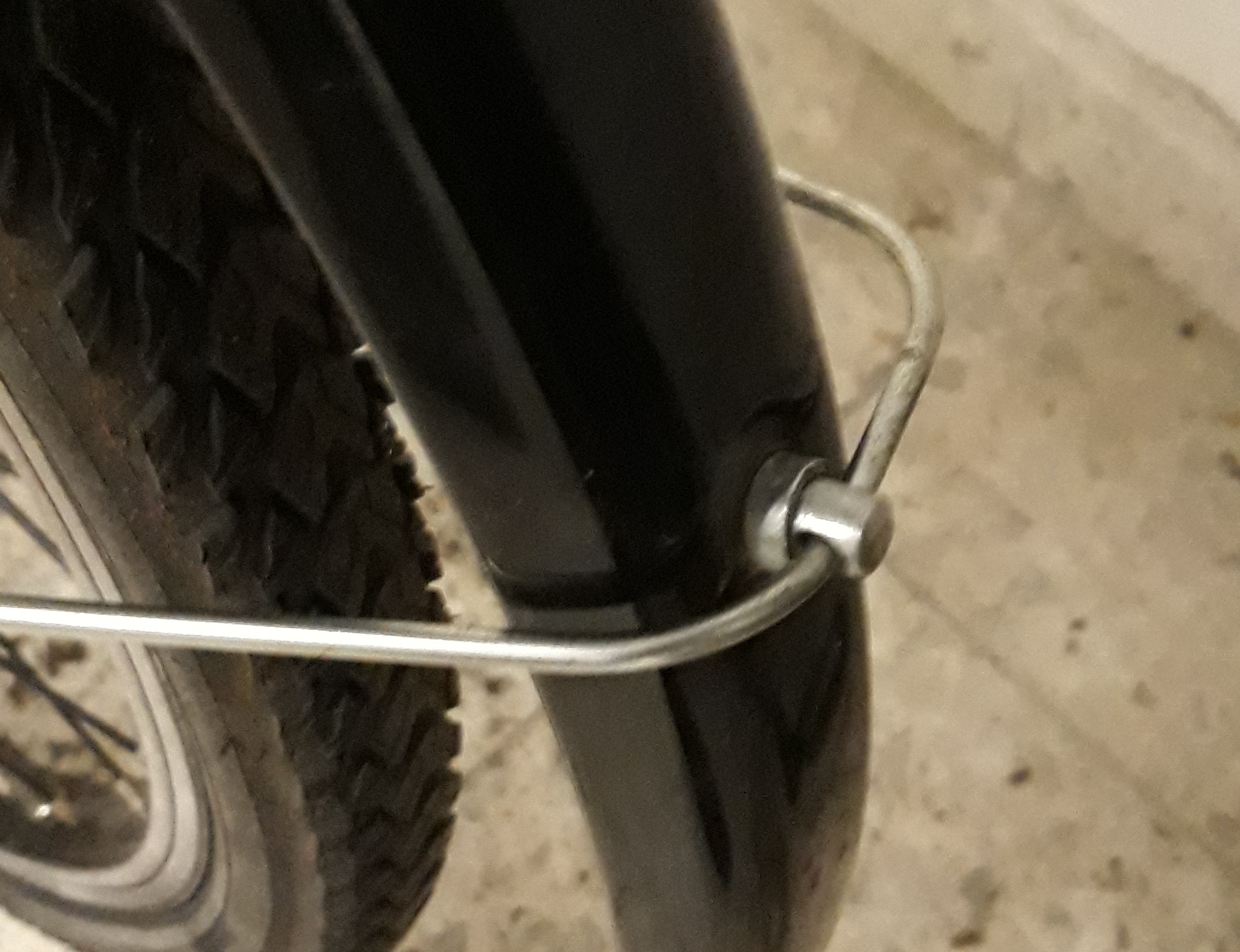 to connect the metal bar to the fender, and two to connect it near the wheel's center on the frame (back) / front fork, to be secured with a nut on the other side. 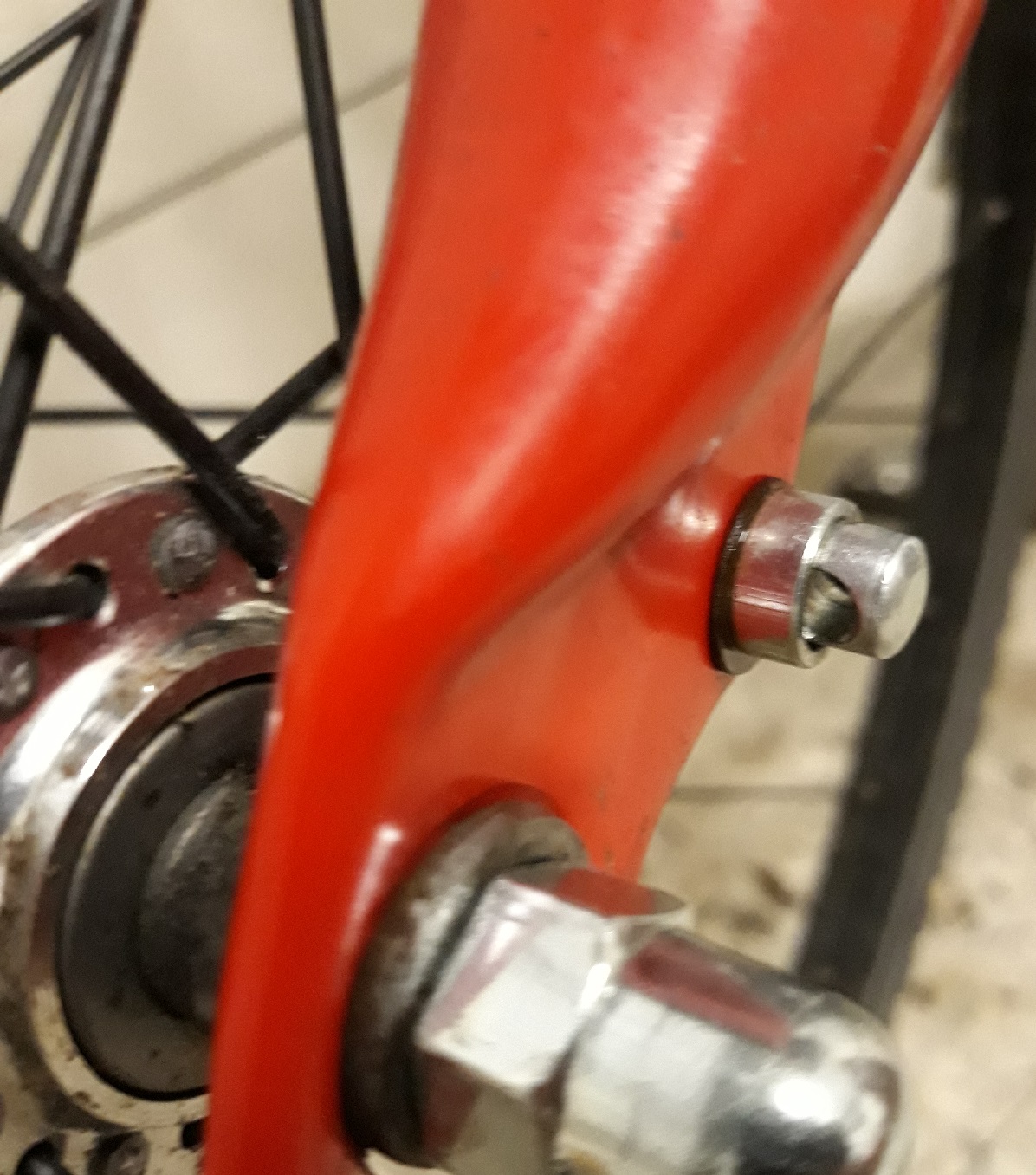 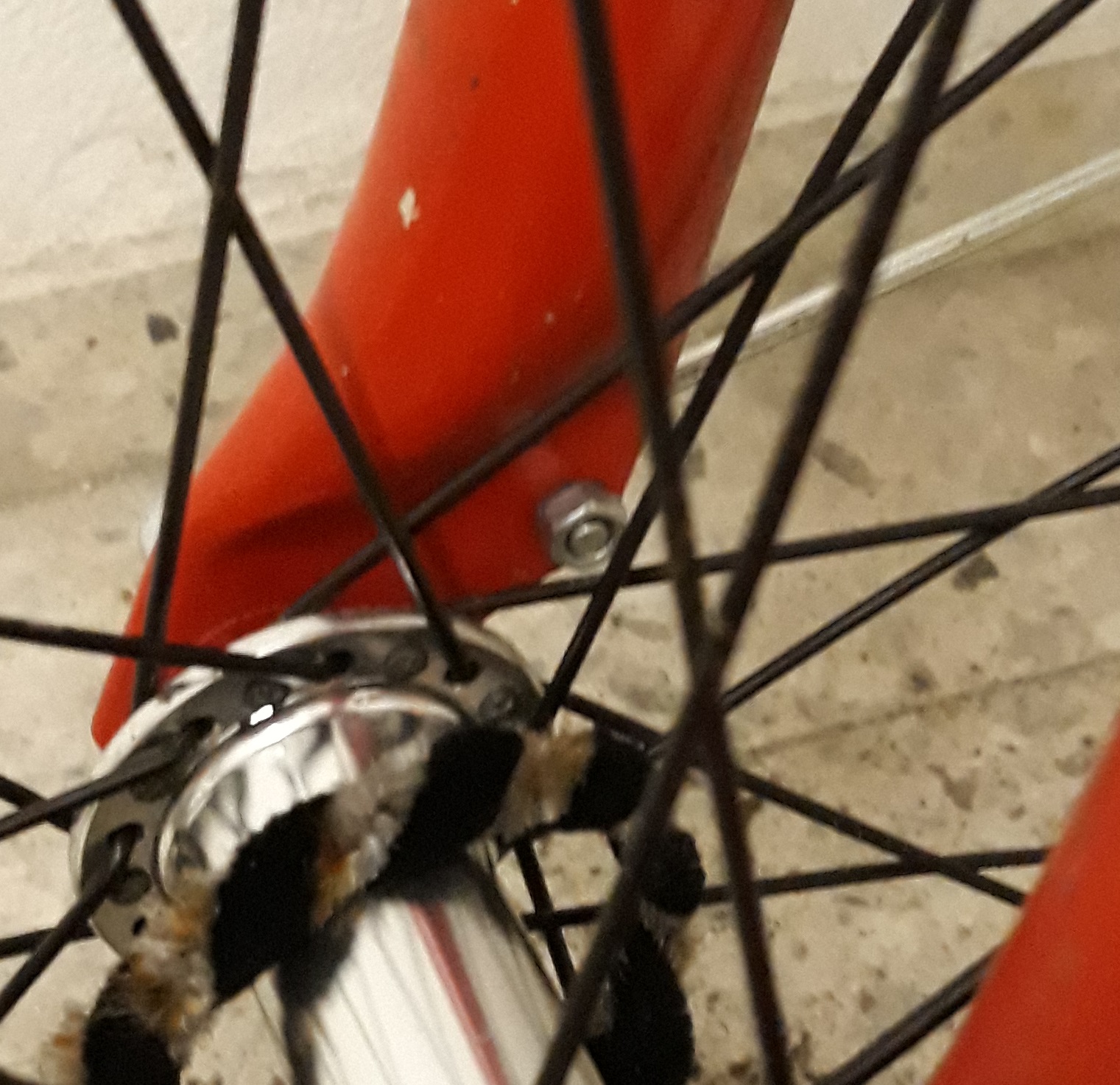 The holes in the frame/fork are threaded.

This gives me the following problem: Since the direction of the hole is somewhat predetermined by the angle from which the metal bars come, the suitable position for the strive bolt is only every 1/2 turn.

Now it seems to me that I either have it such that the metal bar is loose and will slip right out (and it did already on a pothole), or I turn it another half rotation before trying to insert the bar, and then the hole starts to get covered because the bolt "sinks" into the cover-thing (center, first picture) and I cannot fit the metal bar in at all anymore. 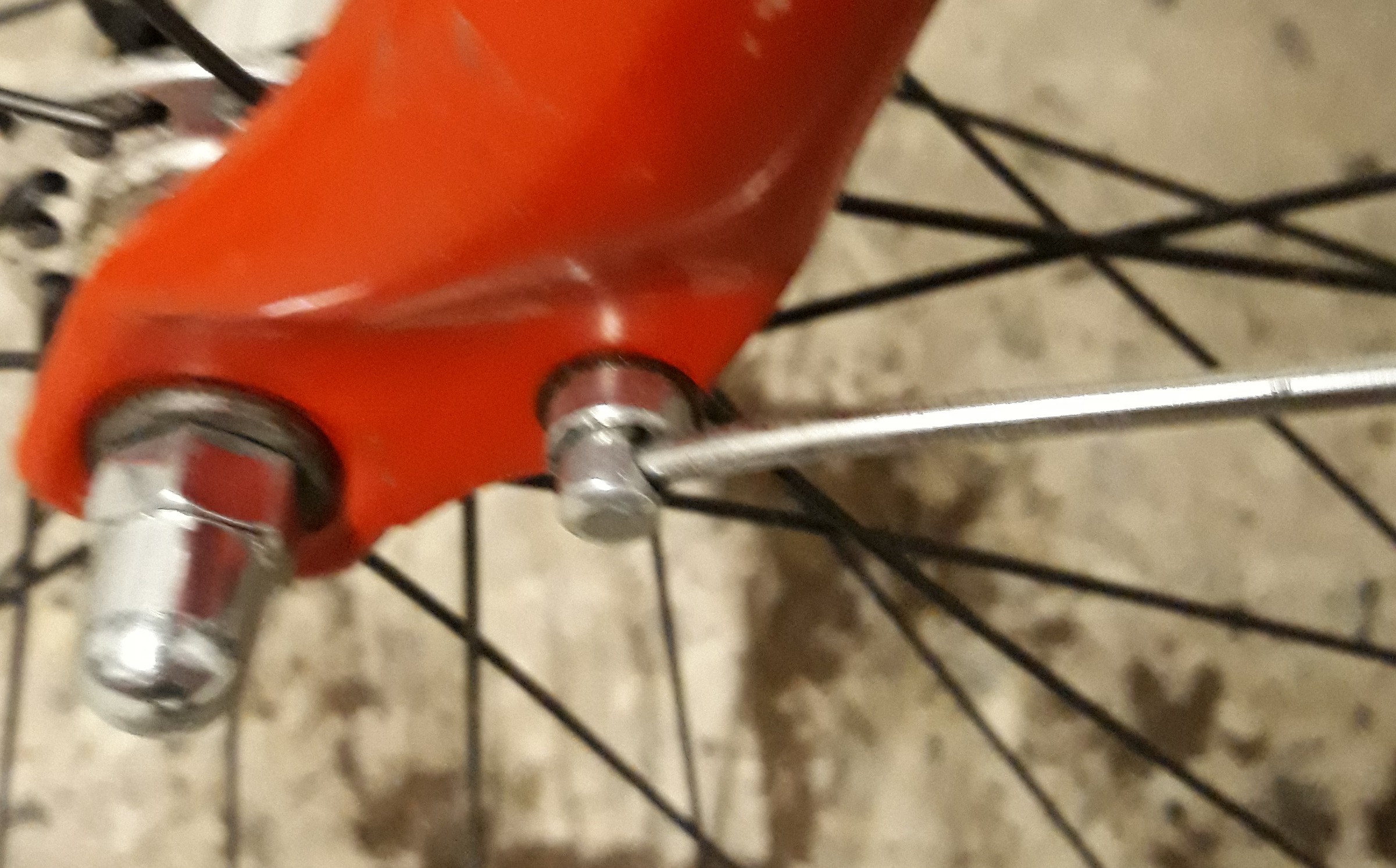 I also cannot screw the bolt further in after inserting the metal bar into it, because the metal bar is connected to the fender which is already mounted on top to the fork.

What am I missing? To me, it seems like the "strive bolts" are perhaps supposed to be inserted in a non-threaded hole on the fork where they can spin freely, then insert the metal bar in the bolt, and then lock the metal bar in the bolt by screwing the nut on the other side tighter and tighter, thus pulling the bolt in and closing the hole. Am I thus trying to combine two incompatible designs?

Bikes from certain times and places have used large (compared to today) unthreaded holes and draw bolts for fender attachment. Many old French bikes are like this. You've wound up with hardware for one. 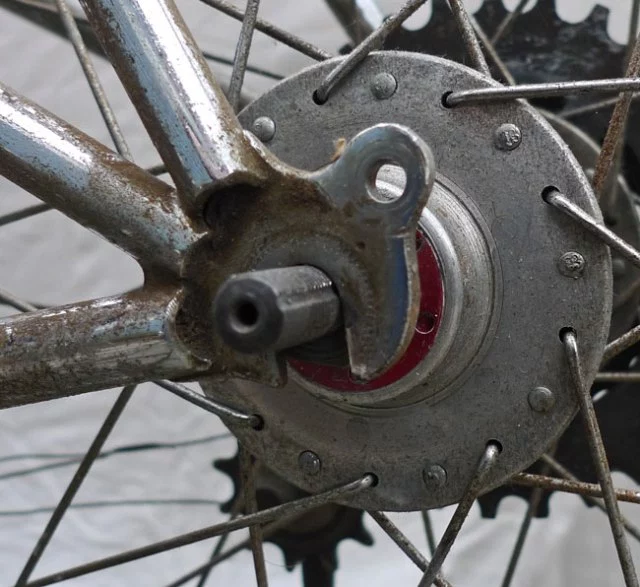 You need the type of hardware used to connect the same struts to an M5 eyelet. They're sometime's called R-clips or -clamps. Here are the Velo Orange ones, probably around the cheapest out there. 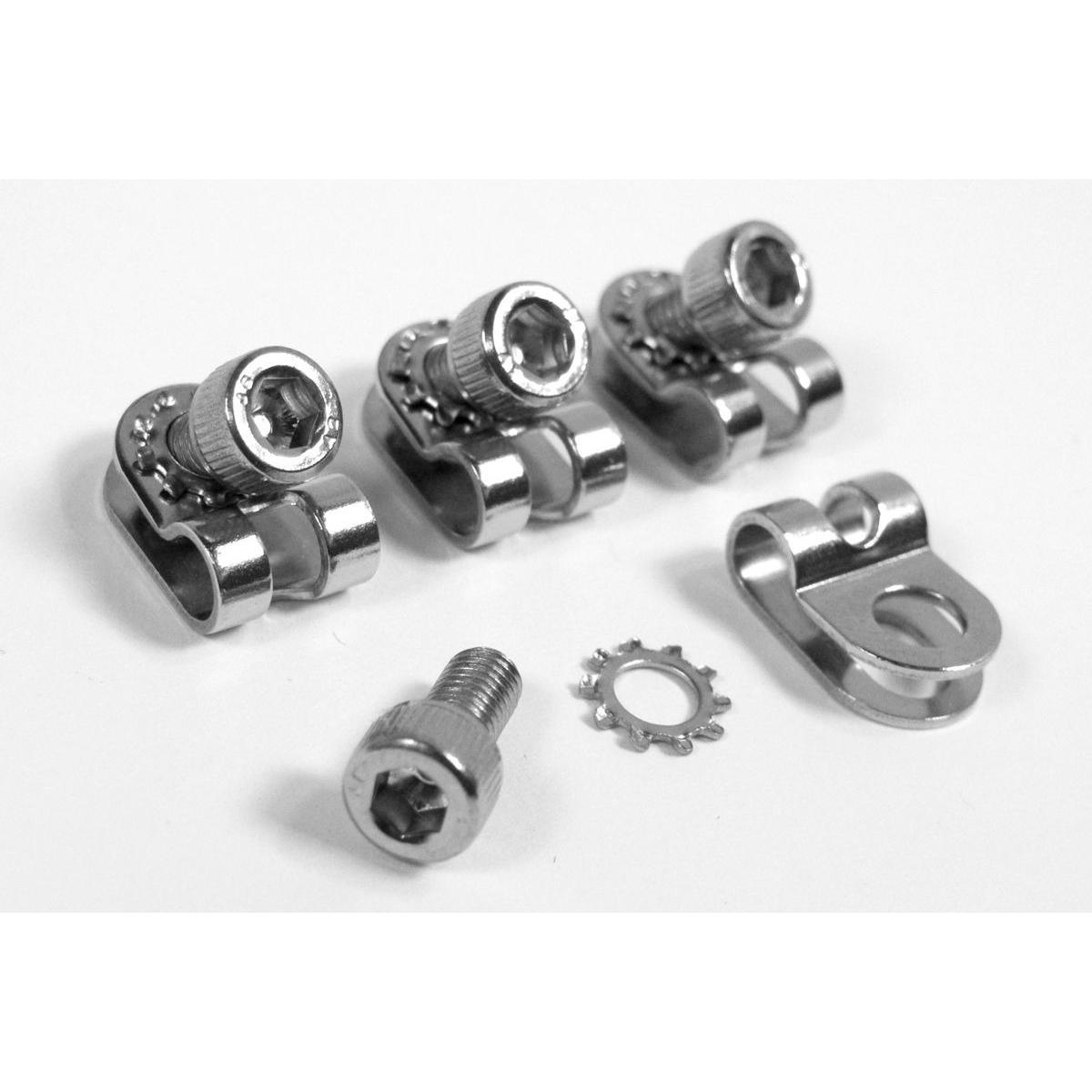 The part in question is called a drawbolt. Are you sure you're mounting the struts correctly? Does the other end of the fender strut have an eyelet? If so, I believe you mount the strut eyelet end to the fork eyelet with a regular bolt and washer and the drawbolt is mounted on the fender end. Mount the fender and struts on the bike the way you want them and cut the excess fender strut. I've seen some fender kits that have little plastic covers to put on the ends.

You need R clamps instead of those bolts. They're specifically for that type of fender strut and will work much better. Honjo makes metal ones and Berthoud makes plastic ones. The plastic is safer for use on the fork because they allow the strut to pop out if the fender is damaged. That will keep it from stopping the front wheel suddenly. You can find them both here

Not the answer you're looking for? Browse other questions tagged fenders or ask your own question.