How to retrieve broken off end of gear cable from inside Shimano 105, 11 gear, lever?

The gear cable was badly frayed in the handle system, where it bends through 90 deg. I had to cut it to remove the cable...but in doing so, the tip with the cable end (about 10mm long), has moved on round the corner and on into the lower part of the handle where it is very inaccessible. I am able to get hold of the cable end with pliers but unable to pull it back, even with the gear changer set in it's highest gear because the nipple is stopping it. Any ideas? Do bike engineers in UK shops take these brifter gear levers apart or do they just advise replacement?

I just got done doing this to my 5800-series brifter. Looking at it, it seems to be kind of fortified against amateur disassembly.

However, I discovered that this took a lot less disassembly than Criggie's answer had led me to believe. Indeed, you could do it with the brifter still on the handlebar.

All it took is undoing one screw on the underside of the lever: 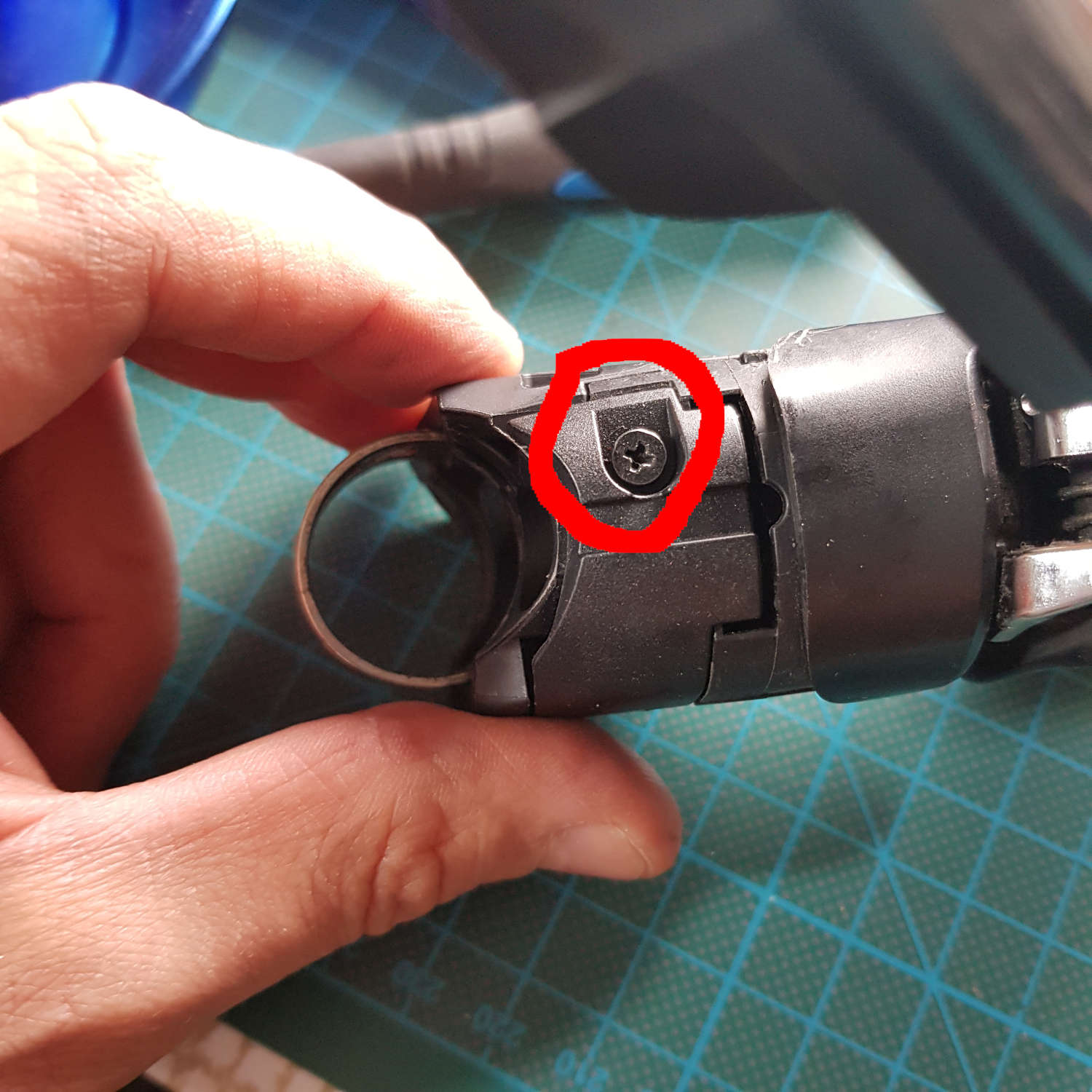 This let me remove the two bottom parts of the brifter's case and access the part of the mechanism the stub of wire was in: 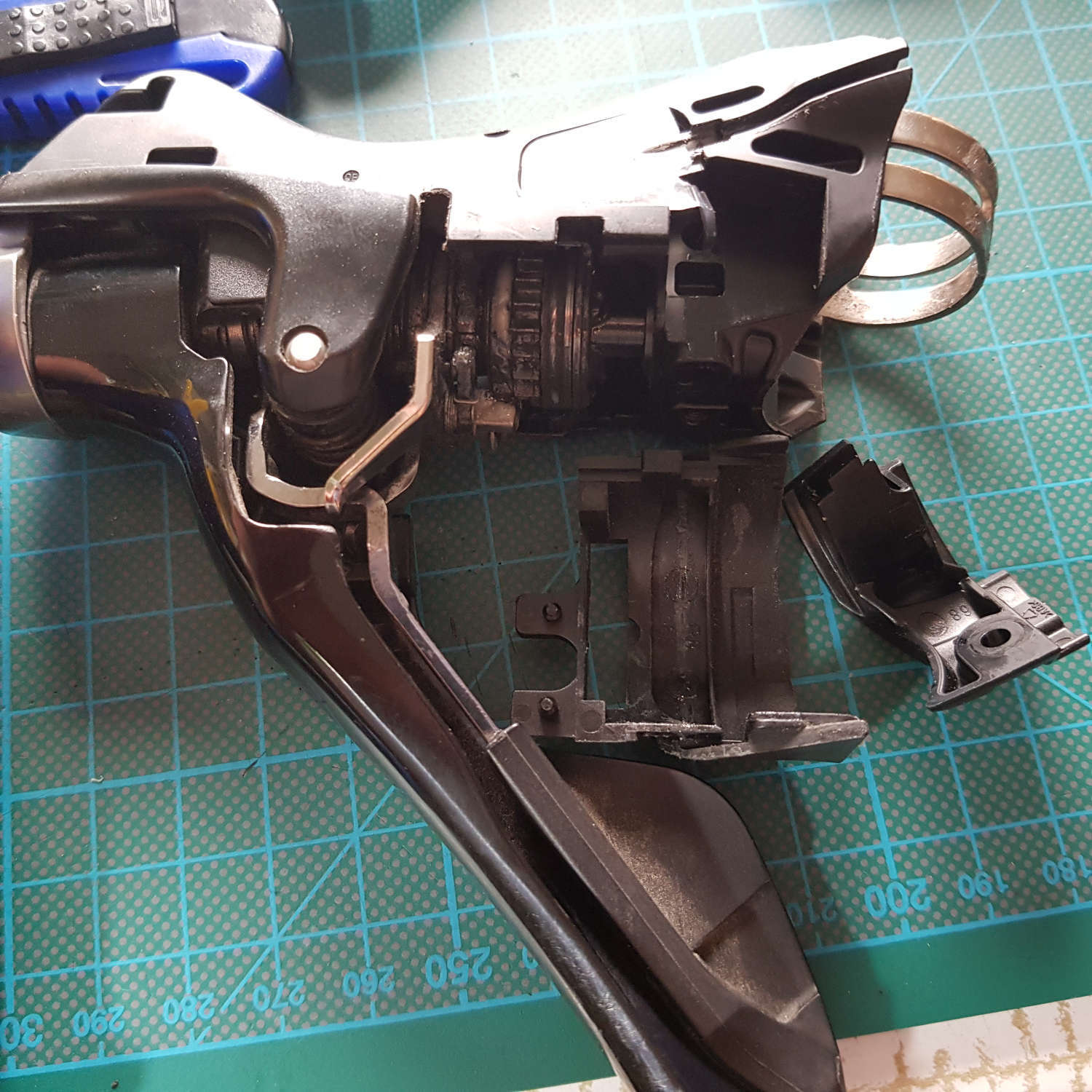 If I understand correctly, you have access to the end of the cable coming out of the shifter, but not the end inside the shifter, with the metal cylinder. To get access to the cylinder end, you need to pull on the cable end with pliers and then click through the gears until it is in what would be the smallest cog. At this point, you should be able to peel back the hood to grab the cylinder (maybe with needle nose pliers or a sharp spoke) to pull it through.

I've done this with a RSX shifter. It was a full on dismantle and rebuild to get the mushroom out, because it had wedged and the wire stubs splayed out stopping it from shaking loose.

The real solution is to periodically change your gear inner cables when using brifters. If shifting starts getting really tenuous, that's your warning to change the inner.

Not the answer you're looking for? Browse other questions tagged cable or ask your own question.

6
How bad is this broken brake cable strand?
2
How to thread gear cables through outers and end caps?
1
Shimano Acera Shifters - How to remove gear cable
3
How do you make an end-capped gear cable?
2
Road bike shipped with one of the brake cable heads disconnected from the brake lever