I was replacing a tyre a couple of days ago, and noticed my rear axle had snapped.

So I replaced the axle, just a normal road 10mm x 145mm, it's a basic Shimano sprocket set and no-name aluminium rear hub.

I fitted the new axle, with new bearings and plenty of grease, that all seemed fine.

On the bike though, the wheel is not straight. Oddly it seems to come from the sprocket side of the rear hub. I would say the axle oscillates within the hub, as the wheel turns. This is probably best explained with a video. The oscillations occur once per revolution.

Things I've checked... * That I've not put too many bearings in either side. * That the hub, where the bearings sit, is not damaged. I think it's OK, though it's hard to see.

Things I think it might be, but not sure... * Have I bent the hub? Not sure if that's even possible. * Some other deformation in the hub. 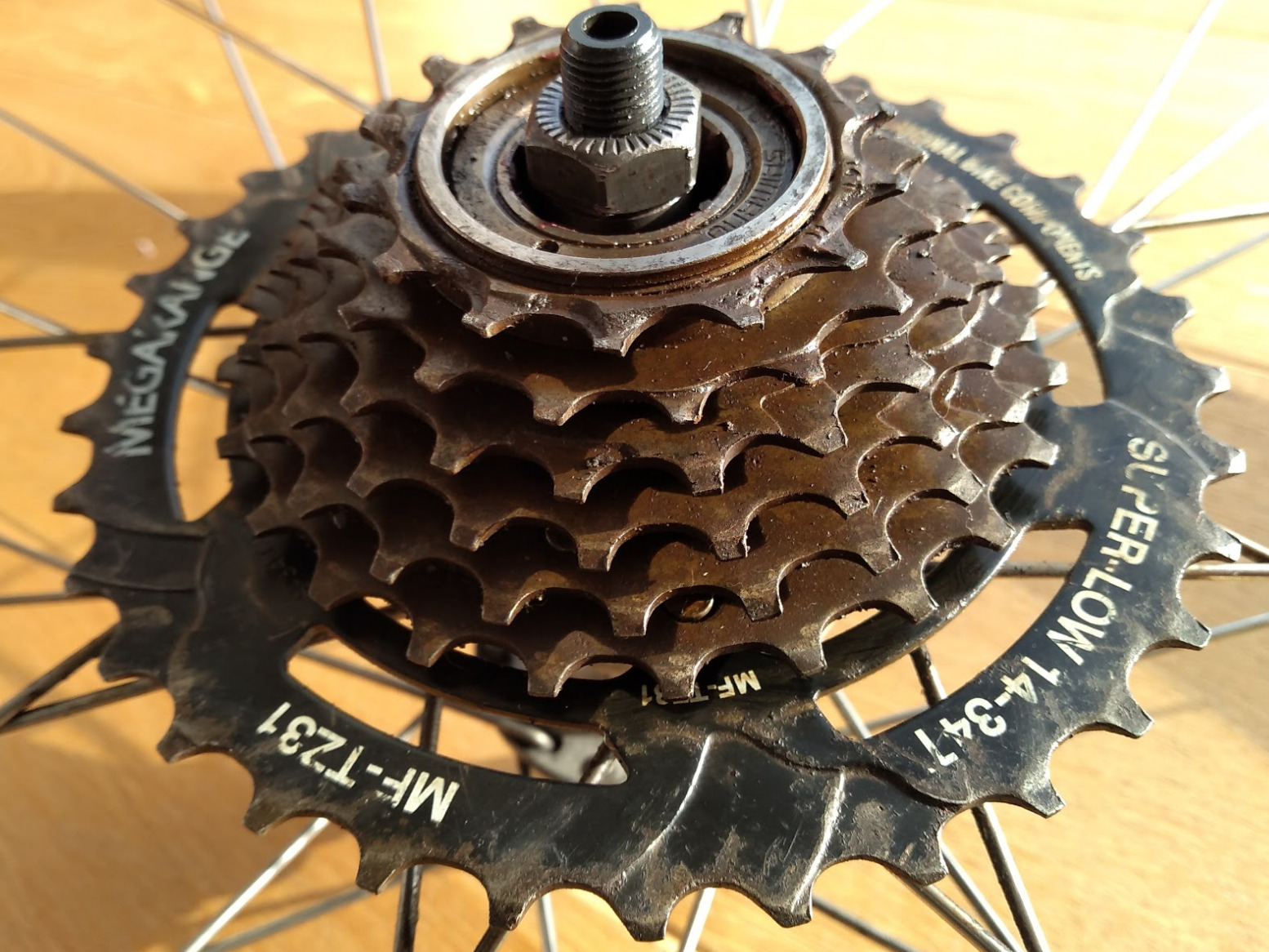 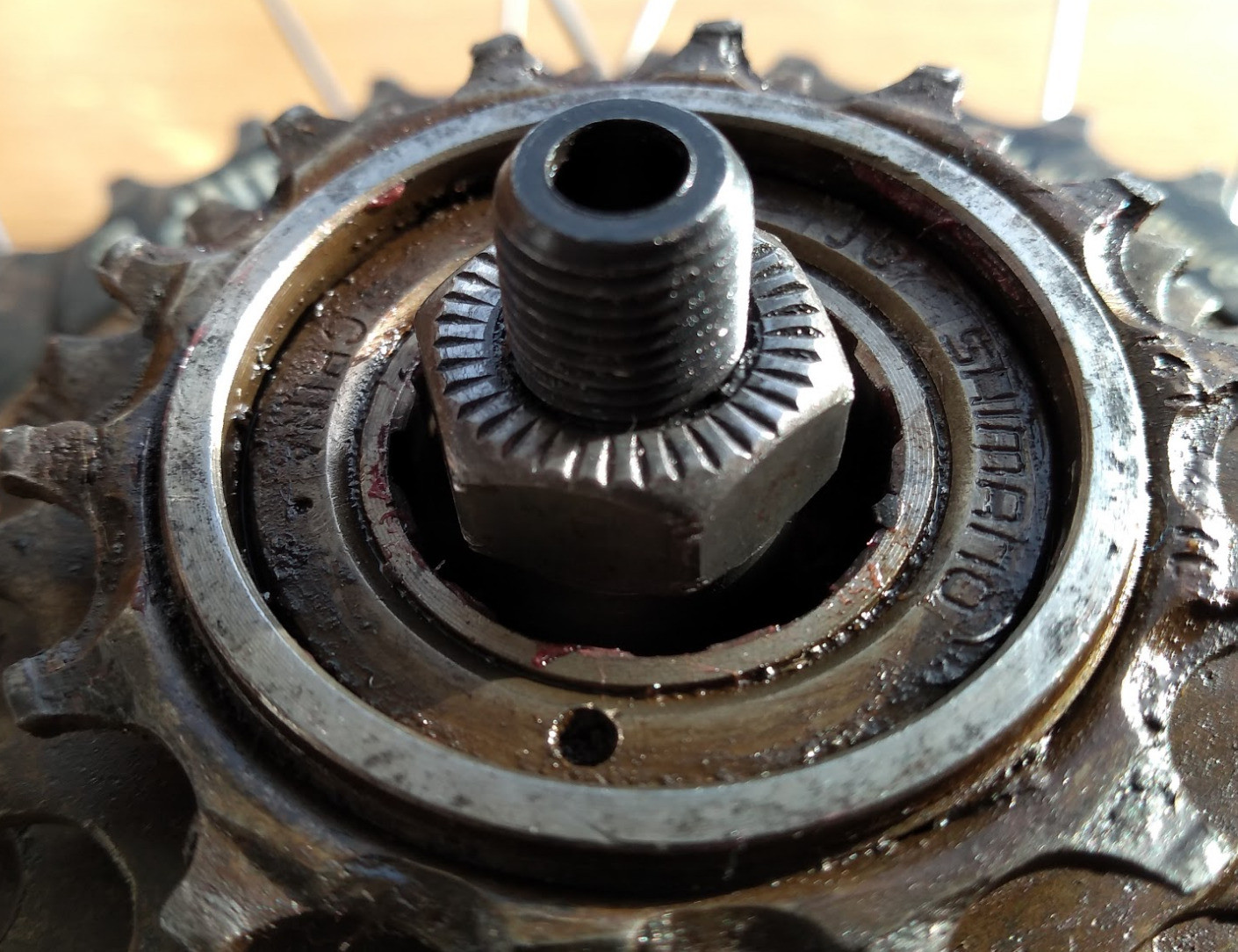 Thanks to Andrew Henle and Noah Sutherland for the comments, both really helpful. So, I took off the freewheel and checked the number of bearings.

Taking off the freewheel and a rubber grommet meant I could get a much better look at what was happening. From this, I think the hub itself is distorted, but I'm not sure really. There was some damage to the part of the hub where the bearings sit, but just really small scratches. You can see the uneven movement in the short video below.

At this point, I think I need a new hub. I guess the impact that snapped the axle also distorted the hub.

Keen to hear if anyone else has further thoughts on this though.

Very common on freewheel hubs. The gears extend beyond the bearing which puts a lot of stress on the drive side. With a casstte this is not the case. Personally I would upgrade.

Not the answer you're looking for? Browse other questions tagged wheels gears hub freewheel sprocket or ask your own question.

1
Singlespeed Hub - Rear Axle Swap
0
Trek T-900 Tandem rear hub
3
Any tricks to disassembling an Easton R4 rear hub?
4
Is my rear cog wobble the fault of the axle, the hub, the bearings, or the wheel trueing?
3
Rear wheel not moving when axle nuts tightened
1
Replaced axle and now clunking in back
0
Looking for advice - cracked rear hub along bearing races - How to buy a new rear wheel?
3
Freewheel threading on Miche flip-flop hub
5
Just replaced axle on rear wheel. It is loose at first but as soon as I ride it, it tightens and wheel no longer rotates. Help!
1
Replacement Rear Axle Sizes on Vintage Bike