How to remove an older Shimano Hollowtech crank?

I'm getting some creaking in my crank/bottom bracket and a good first step towards fixing this is to remove and clean the cranks and chainrings. If I still have the creaking, the BB is almost certainly the problem. However, I've hit a roadblock; I've got the big and middle rings off, but I can't remove the crank arms to get the small ring off the bike.

Looking up Shimano Hollowtech cranks isn't giving me any help, I don't have the Hollowtech II crank and all those direct me to loosen bolts that aren't on my crank arms. Can anyone identify exactly what crankset I have? How can I safely remove and clean all this? 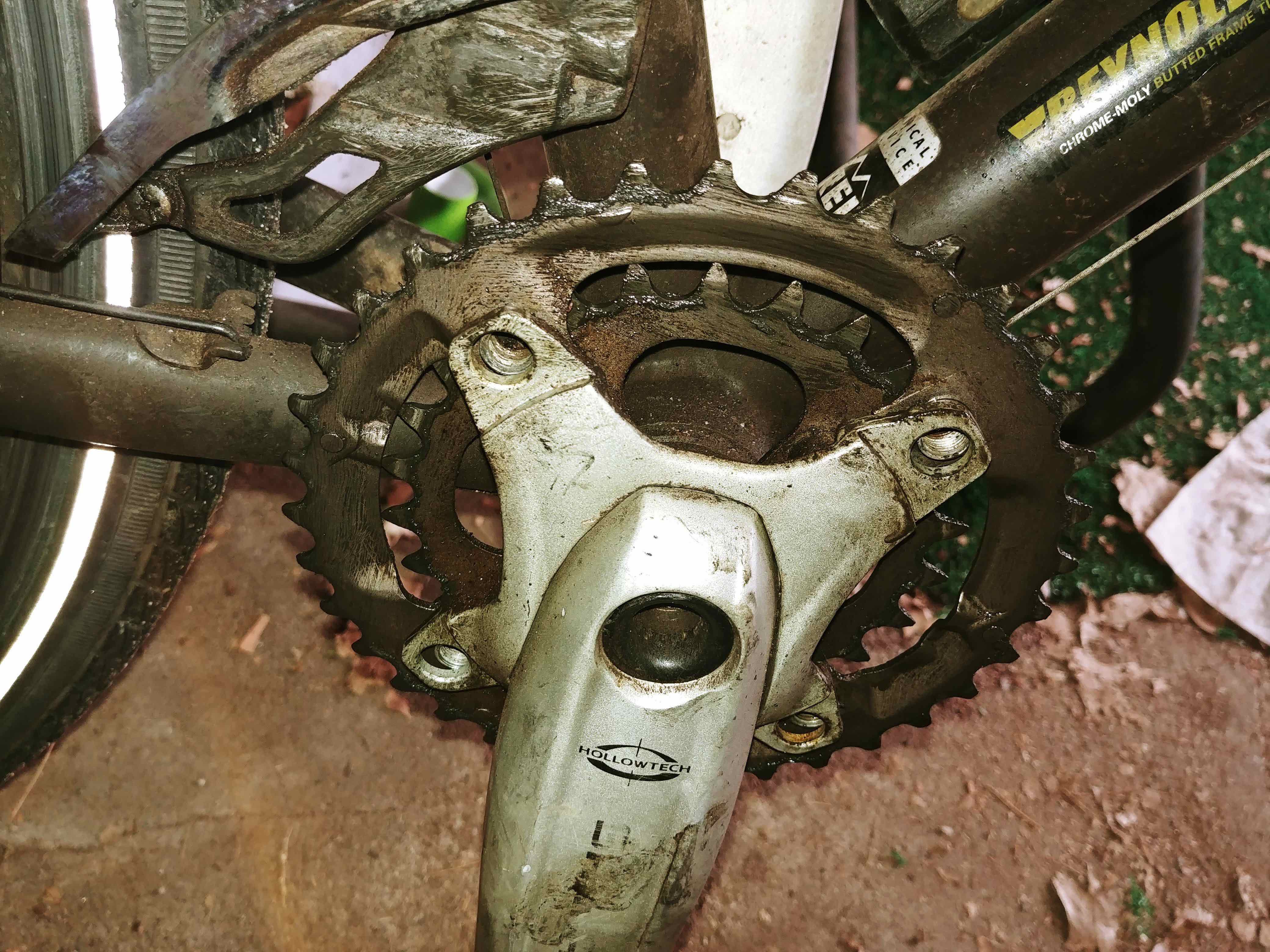 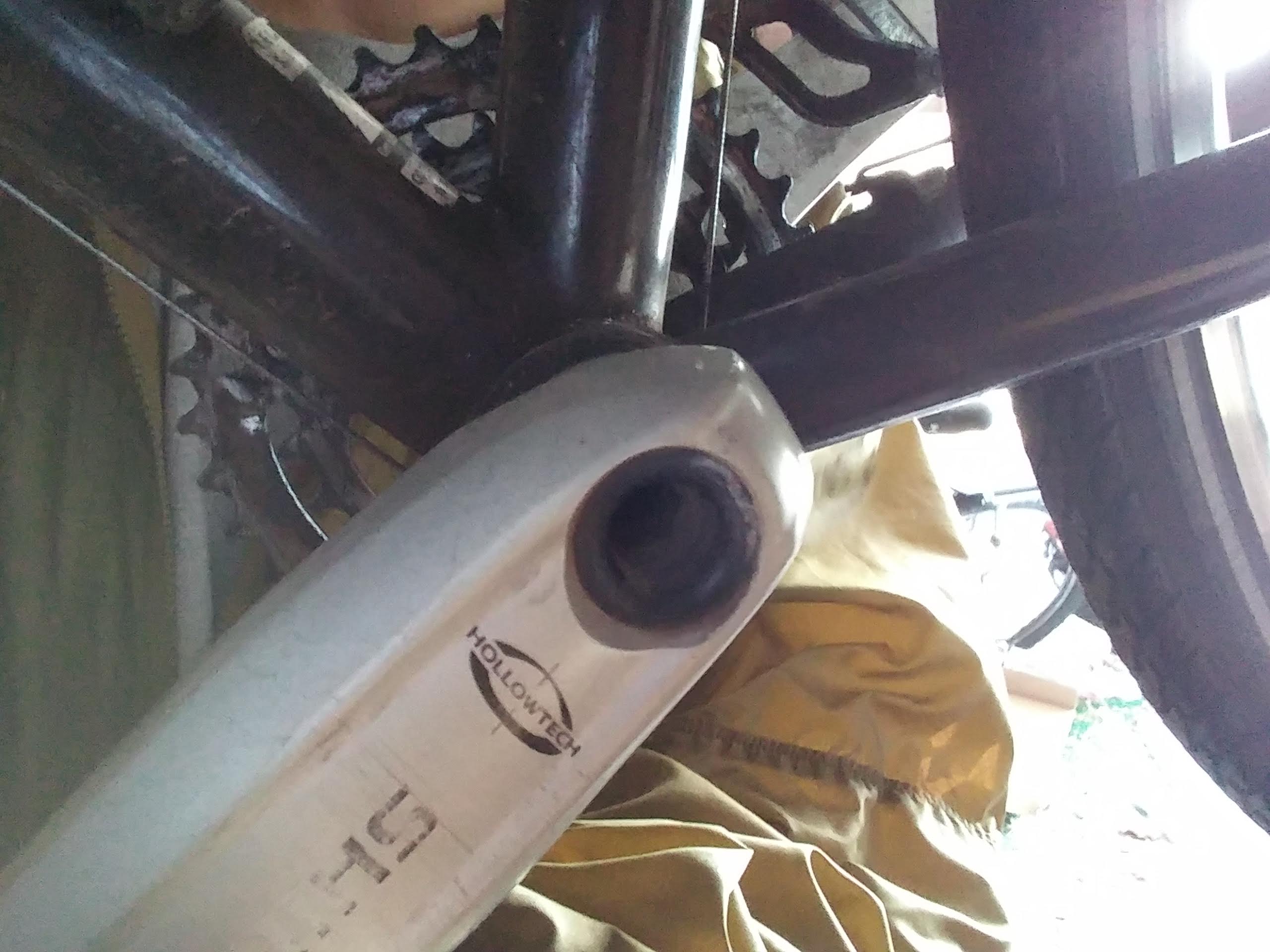 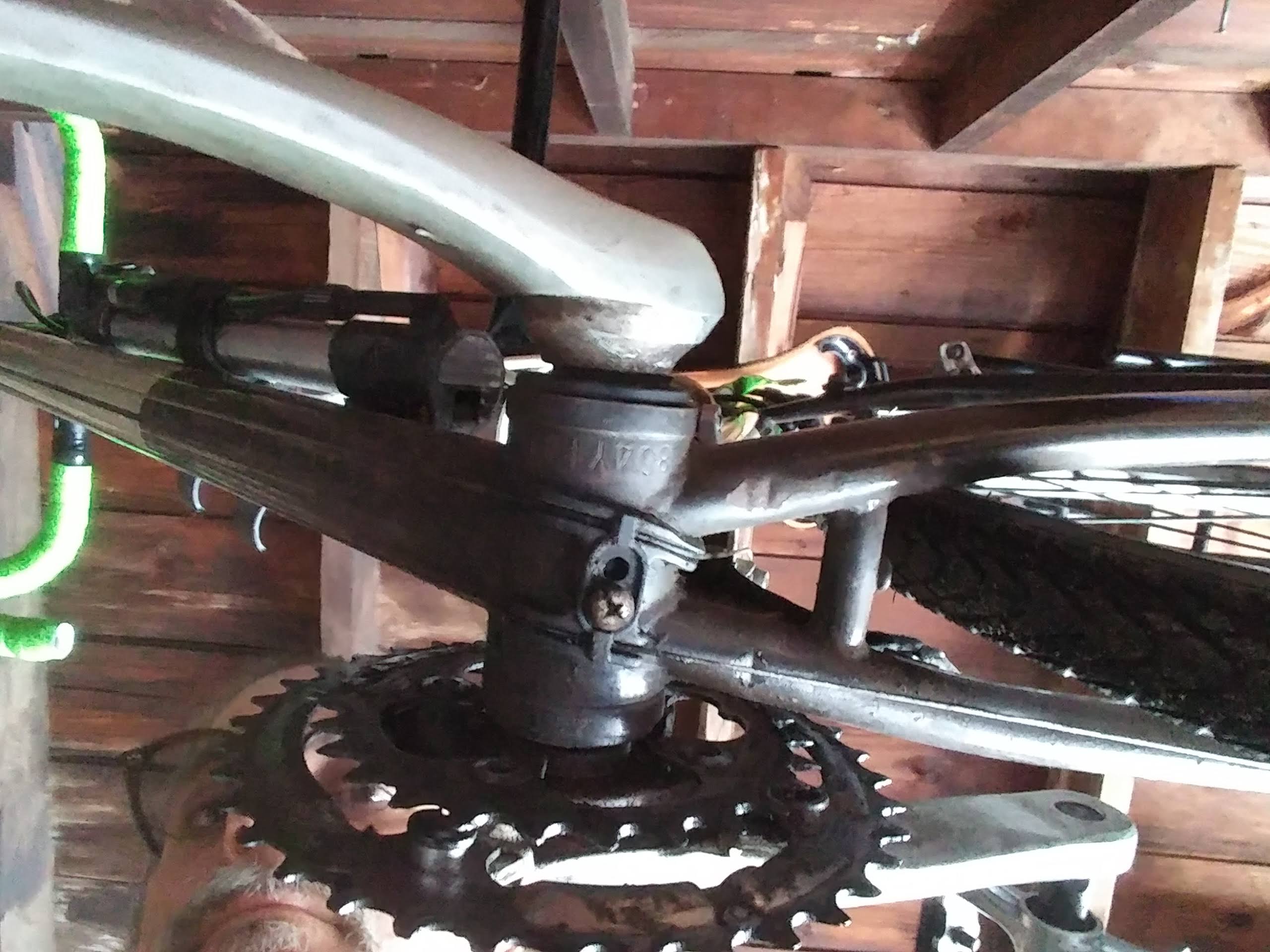 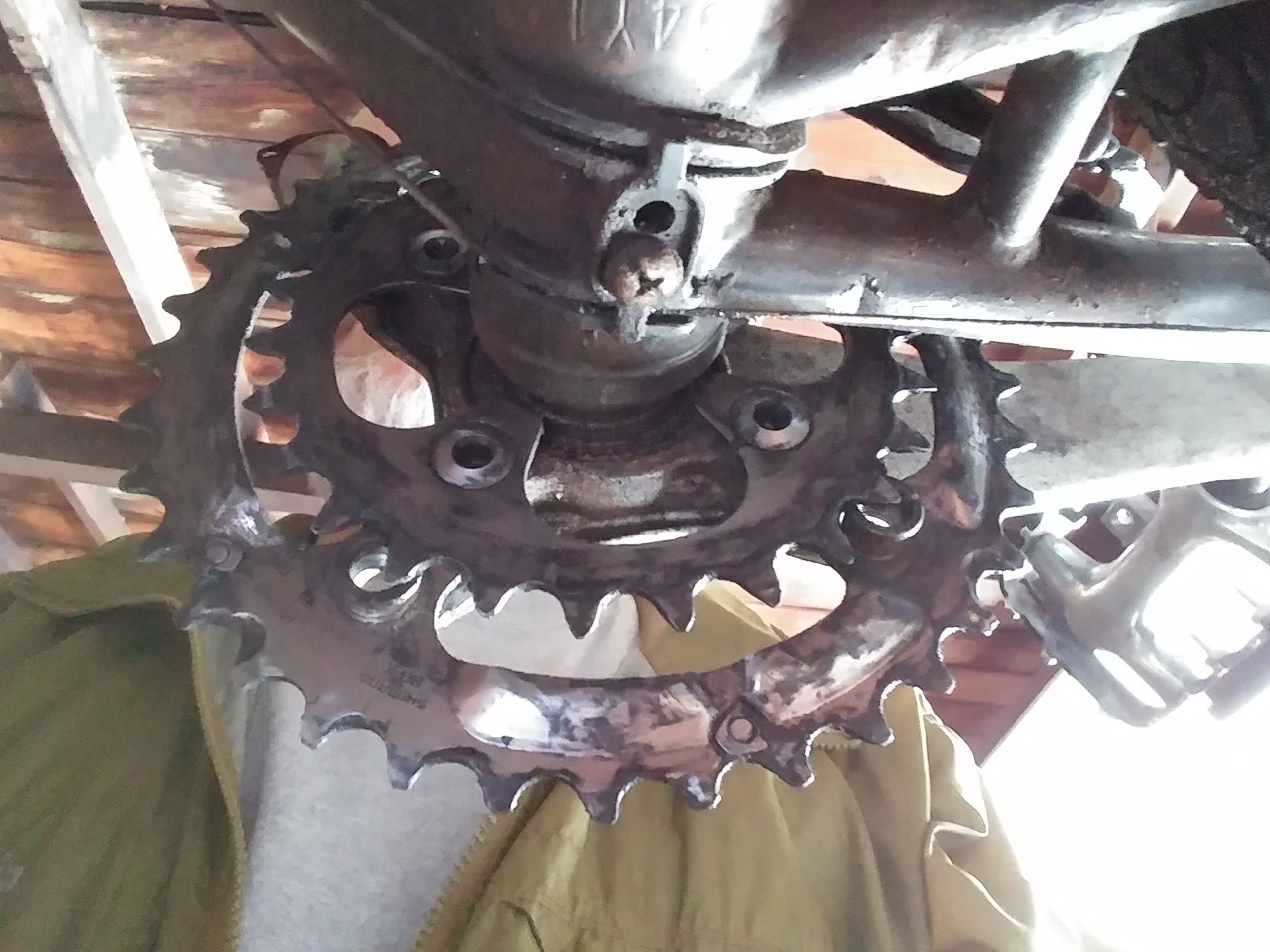 Every Shimano crank has its model number stamped on the inside of the arms.

If you have an Octalink BB, all you need is either an Octalink crank puller or an adapter.

Below is an adapter type tool. It fits in to to the end of the spindle so that any normal square taper type crank puller can be used. They work as well as anything and only cost a few dollars, or at least did when they were a more commonly seen item, so if you have a crank puller already they're a good choice. There are some different ones out there that are all basically the same thing, and I believe they can all do both Octalink and ISIS. (I have a non-Shimano one that can and I think the Shimano one pictured can too, but not 100% certain.) 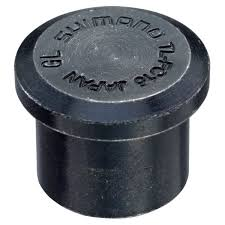 Some crank pullers can do both Octalink/ISIS and normal square taper, like Park's one with interchangeable bits: 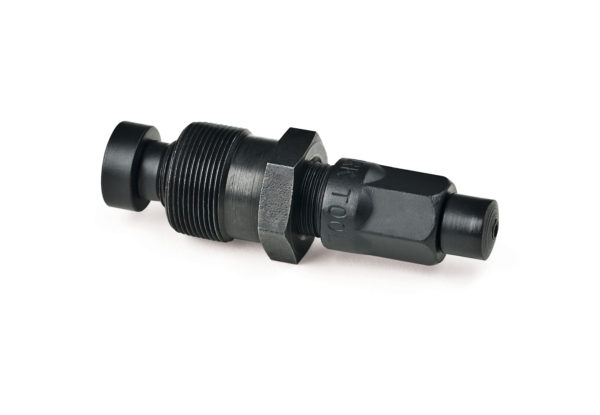 There are also Octalink/ISIS-only crank pullers. They're kind of the least desirable option if you're buying tools these days because these cranks are relatively uncommon, despite the years from about 2000-2004 where there was the perception they were going to be the new normal. 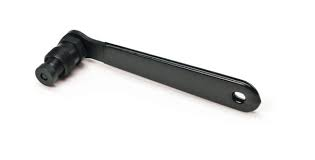 I believe you have original Hollowtech cranks not the ubiquitous Hollowtech II modern cranks.

Found a thread on it here

Holowtech needs a traditional cotterless crank tool and an additional tool that goes into the axle and acts as a stopper for the tool to push against. Hollowtech II needs an allen key and Hollowtech 2 BB Tool which undoes the plastic crank cap and tightensd it up to set the bearings when refitting.

Not the answer you're looking for? Browse other questions tagged maintenance crankset cleaning or ask your own question.

5
How do I remove these crank bolt plugs
1
Will a hollowtech shimano BB fit a bike which currently has an octalink bracket?
4
Can't remove crank arm on older Mercier
4
Attaching crank arm with Shimano SLX M660
6
Swapping cranks, but the new crank is wider, how do I compensate for this?
0
Help me understand bottom brackets and cranks
2
How to tighten the Hollowtech II (on R2000 Claris) cranks?
1
Alfine crank 1x9 setup, spacer issue
2
Crankset removal, Shimano FC-M361
2
Dura-Ace R9100 Bottom Bracket With A Dura-Ace FC-7900 Crankset?