What make road bike is this vintage 1980s bike? 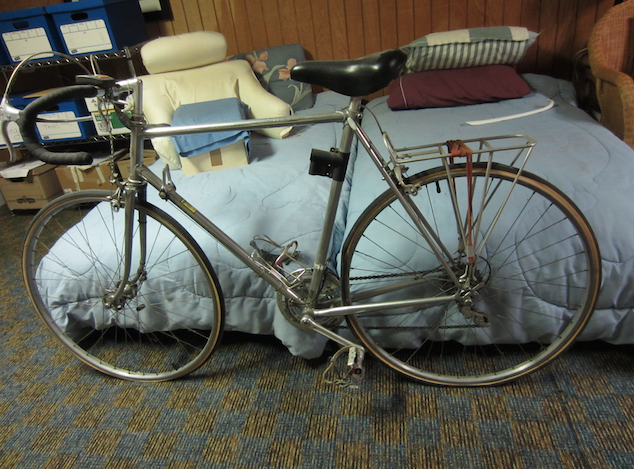 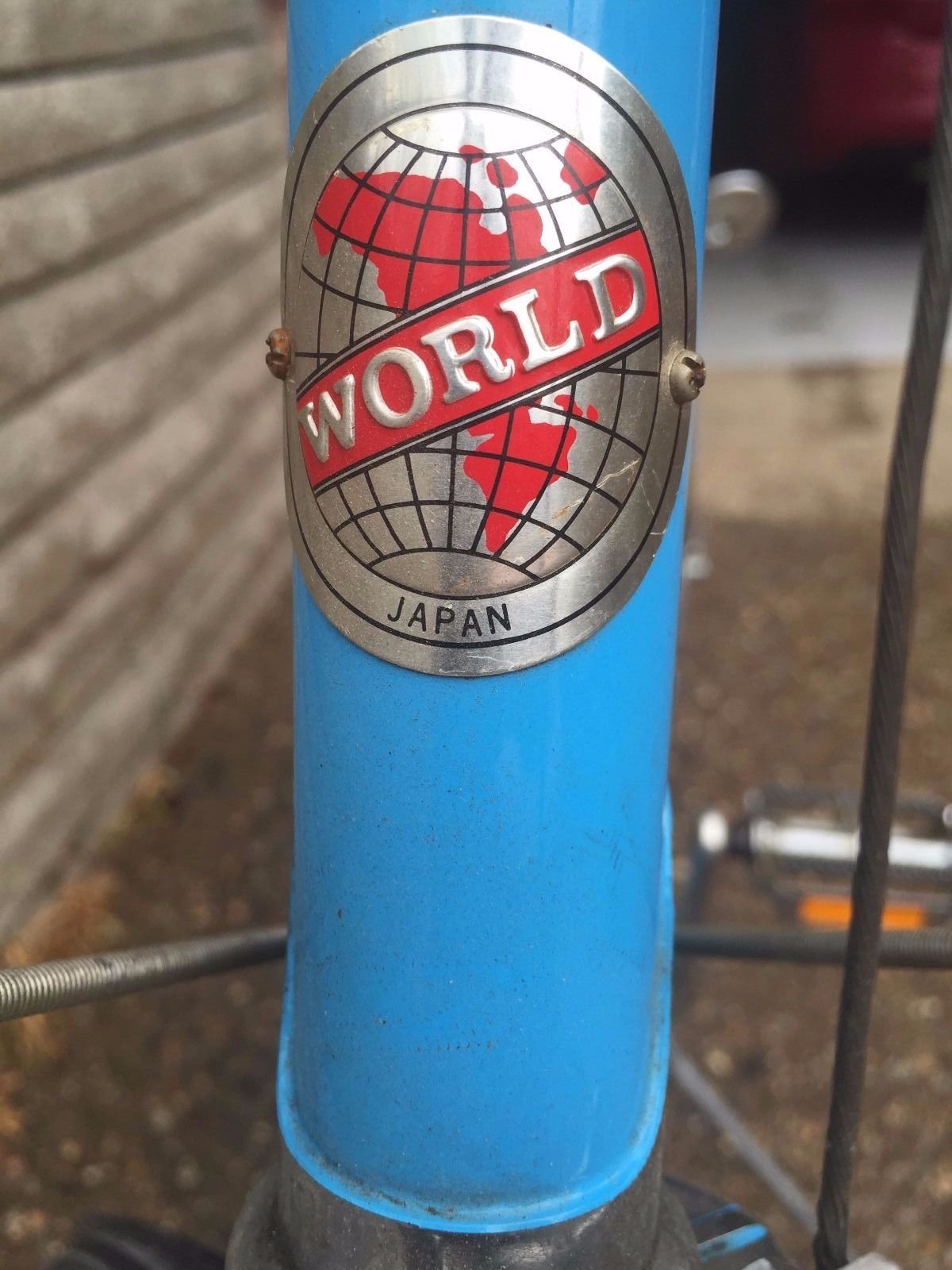 on this bike for sale on ebay
However, the parts are not an exact match. The parts and chrome are a better match for this 1980s Schwinn World Voyager 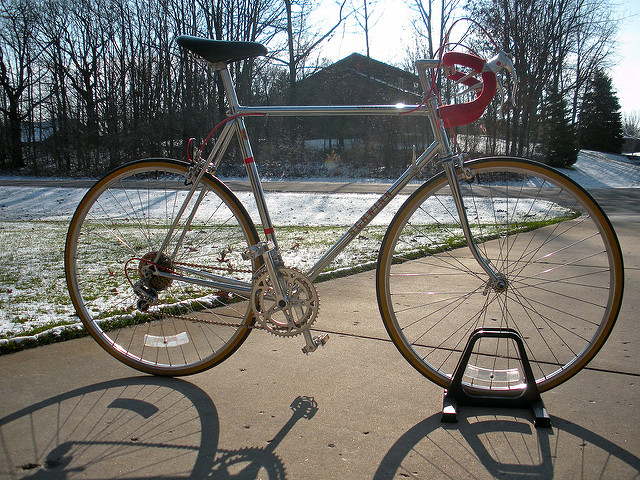 But, you have what looks like a high flange front hub and the Voyager is low flange front and rear. It's been a few year so maybe wheels were changed?
Here is a history of the Schwinn Voyageur
Looks like the bike came with bar end shifters from 1975 to 1980. In '80 they switched to down tube shifters. Full chrome is available in 1980 and 1981

Schwinn soon had a range of low, mid- and upper-level bicycles all imported from Japan. Schwinn's standard road bike model from Panasonic was the World Traveler, which had a high-quality lugged steel frame and Shimano components. Schwinn also marketed a top-shelf touring model from Panasonic, the World Voyager, lugged with butted Tange chrome-molybdenum alloy tubing, Shimano derailleurs, and SunTour bar-end shifters, a serious challenge to the Paramount series at half the price

Not the answer you're looking for? Browse other questions tagged road-bike vintage or ask your own question.