How can I lock a gear barrel adjuster that keeps moving?

My inline front mech barrel adjuster unscrews itself while riding. It's on the down tube so I can tweak it on the move, but when I realise it's moved isn't always an ideal time. For example I shift from the big ring to the middle ring, nothing happens, but I know that clicking the lever again will put me in the granny ring. In gloves I can only adjust it in the granny ring anyway as that's when the tension is least.

It has a spring but that doesn't seem to help; in fact it may make things worse. I've tried loctite (a not-too-hard variety I got as a sample from a loctite rep years ago, but effective on other things). It doesn't seem to help, but that may partly be because the braze-on is likely to have grease in it despite my best efforts. Ideally I'd fit a locking nut but there's very little space, it would have to be knurled, and the thread doesn't look like a normal one. 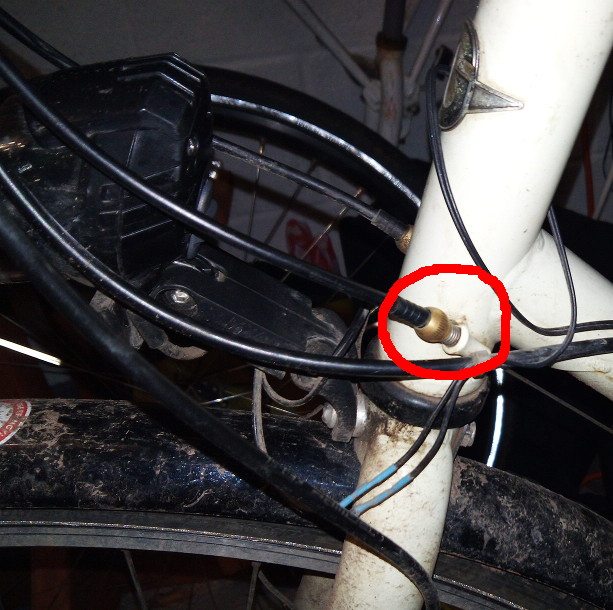 Yes, it's filthy, but that's mostly from yesterday's 200km ride.

So how can I lock off this adjuster (until I need it of course)?

One option is to tighten the existing adjuster completely, turning it into a stop. Then fit an in-line barrel adjuster which will sit in a length of outer (ie, not against a stop) 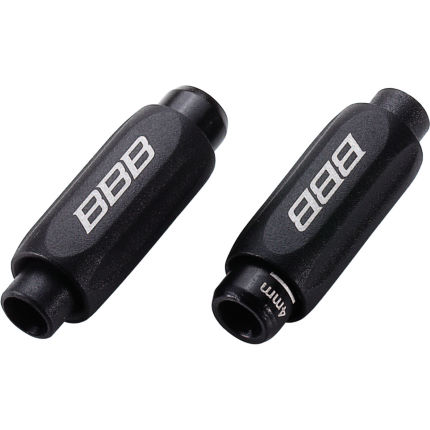 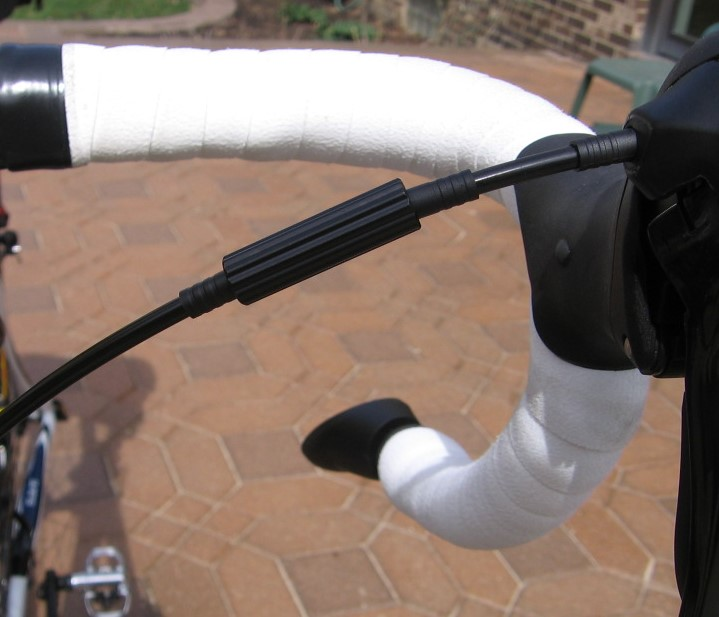 Some 2 pot epoxy mixed, or a metallic paste like JB Weld would make short work of the existing adjuster moving.

Option 2 might be to replace the adjuster completely. New ones are relatively cheap and look something like this: 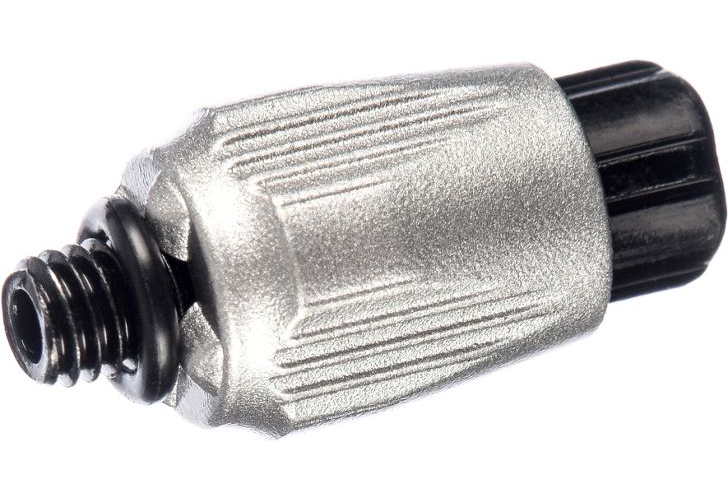 Just be sure to get gear adjusters, not brake adjusters because they're based on a different diameter of the outer cable, and a gear cable will be sloppy in a brake adjuster.

You'll want to chase the threads in the frame stop with the correct sized tap too. If there's not a lot of metal material left in the frame, then it may come down to replacing the cable stop, or finding some way to use a small nut and bolt the adjuster on through the now less-threadded hole.

Option 3 - swap out that cable stop for a loop, and run a single length of gear outer housing from shifter down the down-tube to the front mech. May need to resort to cable ties to hold the outer to the bike. Depends if you have a way to stop the cable further down. There's a Problem Solver's stop that may help, but this would need the in-line adjuster already mentioned too. 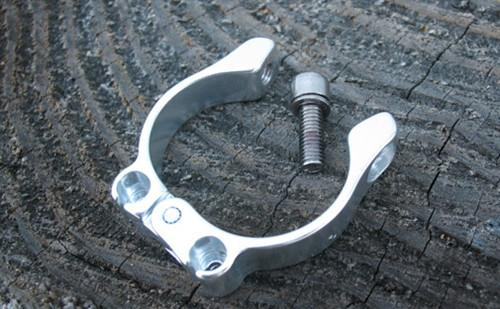 The thread on that looks pretty worn in the photo, so I'd give up on that barrel adjuster entirely. The thread on the frame is probably simlar, so replacing it with another like it might not be worthwhile.

Your other option is a new inline barrel adjuster like this one further up the cable. To fit it, you need to unhook the cable from the derailleur, to get the outer cable section between the shifter and current barrel adjuster off the inner cable. You then need to cut the outer into two pieces. When reinstalling the outer, slide one piece on, followed by the barrel adjuster, then the other piece. The rest is the same as before, only now you can leave the old adjuster wound right in so that it can't slip any further. Gear adjustments will be done through the new inline adjuster.

I have the same issue, and I also have a Genesis Croix De Fer with these brass adjusters. Apparently when the cable moves from just turning the handlebars - the adjusters also move around - it really seems like a design flaw, albeit I've known CdF users that don't have this problem for some reason. So, any time you screw them out for your desired tension, they eventually just turn back in and ruin the shifting. My front/left one always behaved like this, I bought the bike used. As for the right one, I just use the adjuster on the derailleur itself. Interestingly, the left (bad) one moves much deeper into the frame than the right one and is a bit loose, especially the more it is moved outwards. Maybe the threading really IS bad, as some other commenters noted.

Some things that can be done:

Replacing the adjusters with something similar - I'm pretty sure the threading is an M5.

Dropping some Loctite Blue or similar on the threads and selecting the desired tension.

Adding an inline barrel adjuster - that's what I did, and it mostly eliminated the problem. It makes the cockpit a little less clean though. I'm currently in progress of replacing the flawed brass adjusters with something else that won't slip as much.

Not the answer you're looking for? Browse other questions tagged barrel-adjuster or ask your own question.

2
Why are barrel adjusters different for brakes and gears?