What kind of bike is this, found in basement

i got these pictures from my dad, can someone tell from what era this bike is? And is this something valuable/rare? The owner died last year, he was 86. Lived in flanders, belgium. 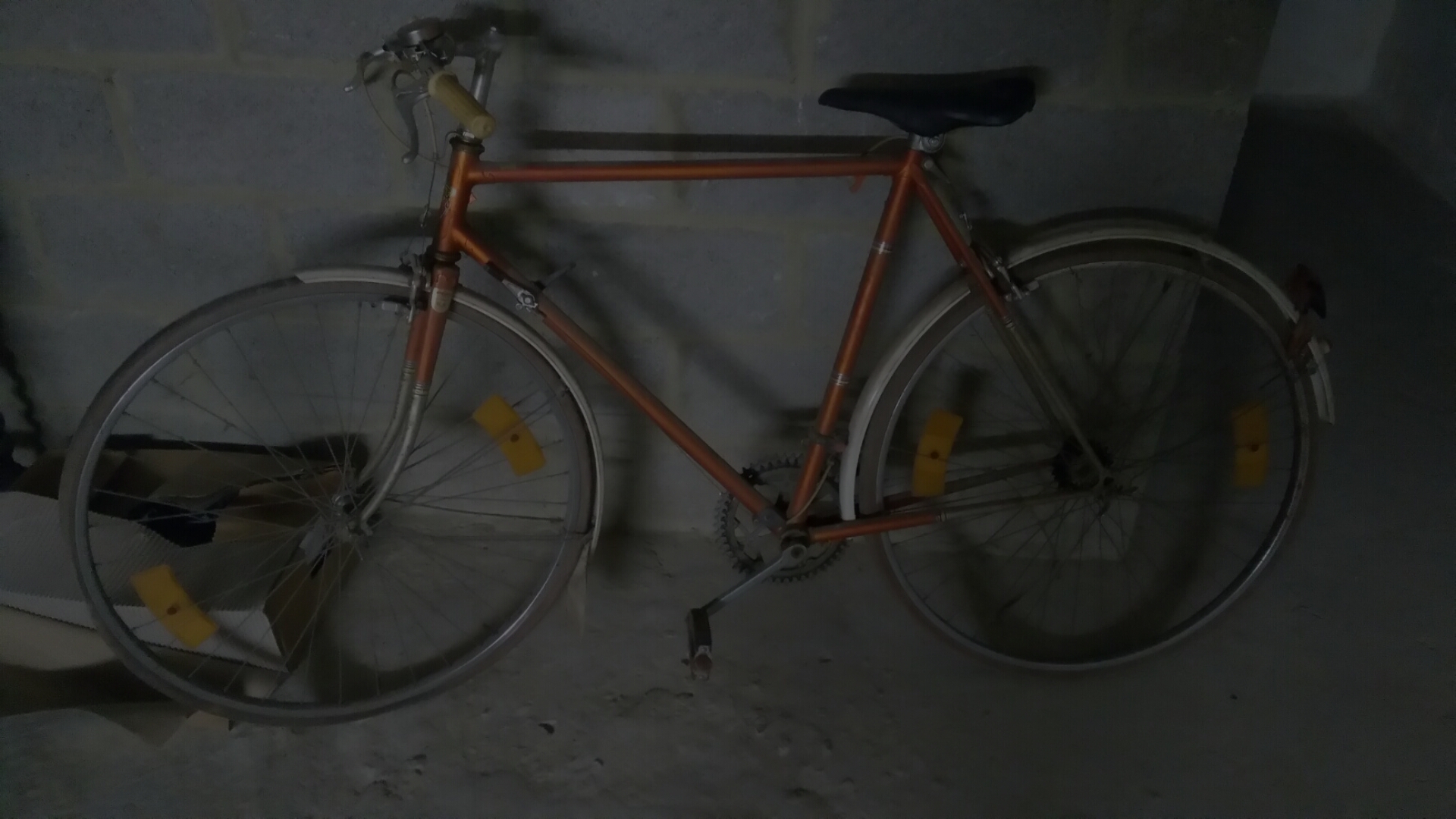 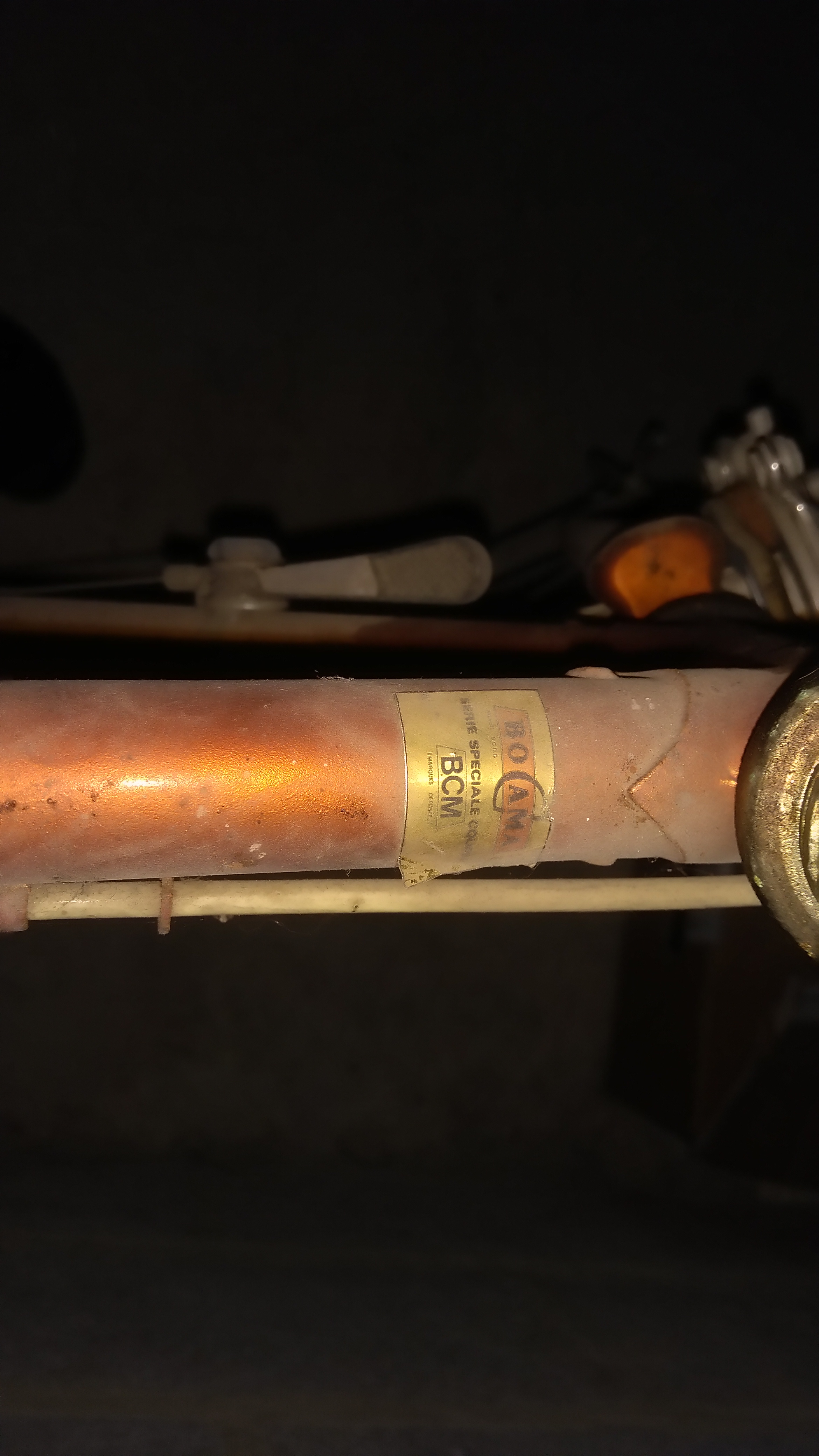 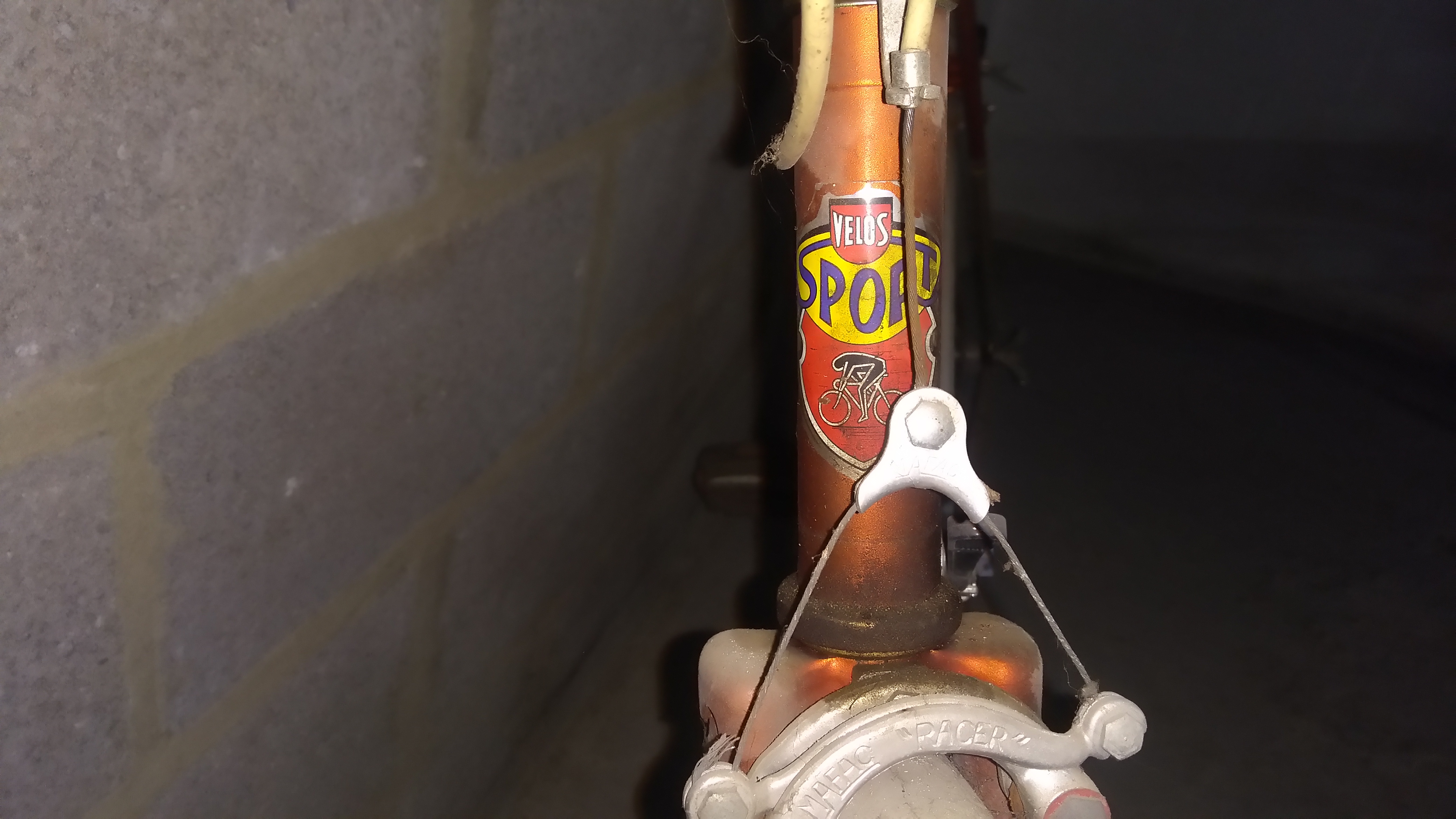 Starting with the last picture first...

According to Google translate "velos" is French for Bicycle. "Sport" is probably a model.
The picture also shows Mafac Racer center pull brakes - Mafac is a French company

On the middle picture - Bocama BCM is a type of lug used to build frames. Here's a catalog. The catalog is in French.

The first picture is so dark it's hard to tell much about the bike. From what little I can see it looks to be equipped like a 1970s era low end Peugeot.
Without more clues this is as much as I can find.

Value - it's worth what someone is willing to pay for it. The only way to judge value is to sell the bike and see what people are ready to pay.
As a bike geek I love seeing these bikes and the history they represent but that does not translate into actual dollars.