I’m unsure what I need to change to 1x chainring

This is what I have currently got on my bike: 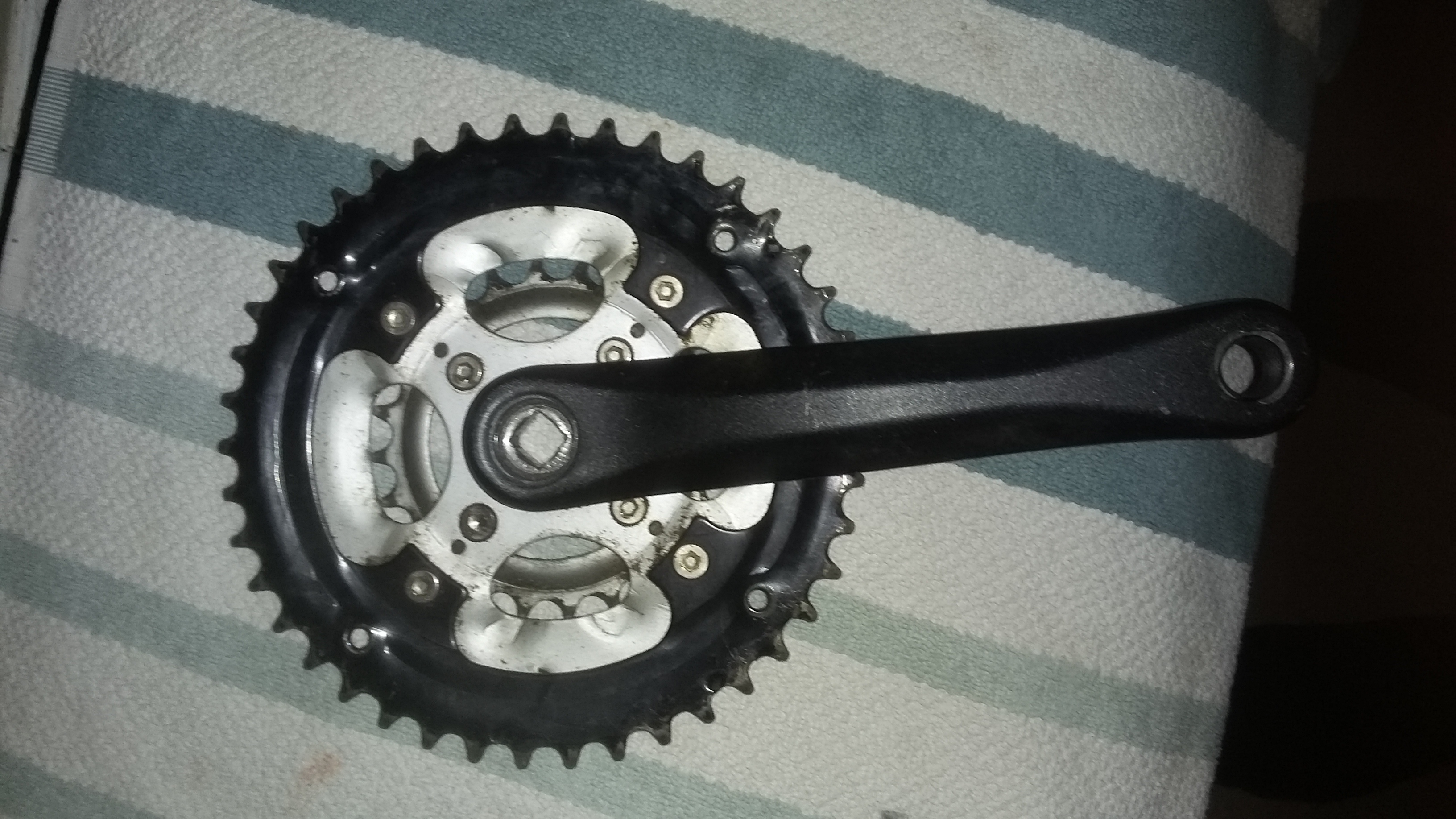 This is the chainring that I want to buy: 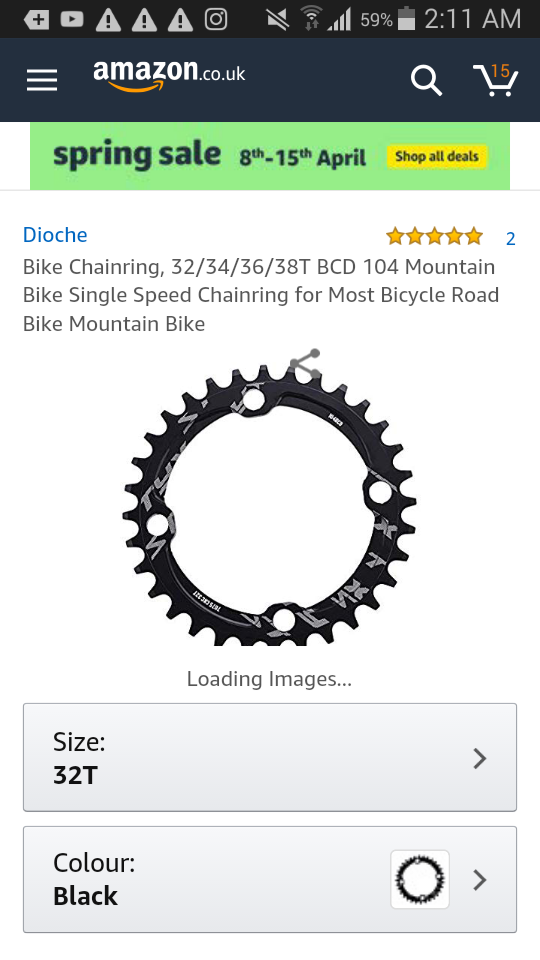 As you have a triple crank with a square taper cartridge bottom bracket axle, we can assume you have an older or less expensive bike, likely with 9 or 8 speeds in the rear. There are quite a few reasons why switching to 1x8 or 1x8 is not a great idea, but ignoring those here are you choices.

The easiest route is removing the existing large an small chainrings and leaving the middle. You'll probably need shorter chainring bolts as the existing ones go through the large and middle rings. Leave the front derailleur in place to help with chain retention. (You can disconnect it and remove the front shifter). You may be able to position in with the inner limit screw.

The next step up is replacing the middle ring with a 1x specific narrow-wide ring. You need one with a bolt center diameter (BCD) and bolt pattern as your crank. You wont need the derailleur to help with chain retention.

Next step up is to replace the crank entirely. This gets a little trickier as you have to take chainline into account.

You can look for single ring square taper cranksets. These are often used on track bikes. You'll have to do research to figure out if you can get the correct chainline with any particular crank.

You can also replace the bottom bracket along with the crank, this opens up more choices. You would replace the cartridge bottom bracket with an external bearing one that matches the crank. There are a couple of different types: Shimano Hollowtech II, SRAM GXP, FSA MegaExo. Again you have to do research to figure out chainline.

You mentioned in a comment that you intend to keep your existing cassette - If you take this approach you're probably going to run into difficulties:

Your existing cassette, chain and chain rings will probably have worn down together and you may get problems with jumping out of gear under load when you mix new drive train components with old ones.

By putting a 32 tooth chain ring on with your old cassette you would just be left with your middle range of gears, you will spin out sooner and won't have the easier gears for hills.

If you keep the existing middle ring with the old cassette you'll either have to leave the front deraileur in place or fit a chain guard to stop the chain coming off too.

If you're going to convert to a single chain ring set up then you should replace the whole drive train, (including possibly the rear mech as it will need to be able to move further than the one you have now) and an adapter depending which wheels you have and on what cassette you go for.

It need not be terribly expensive, there are 1x10, 1x11 and 1x12 options available, 1x10 and 1x11 are much cheaper than 1x12. For this reason I personally like to use 1x11 because I can fit a cassette with a decent range of gears and the drive train is not too costly to replace (if you regularly check your chain for stretch you can sometimes get away with just replacing the chain before it's too worn). You'll also be able to completely ditch the front deraileur and shifter so you'll have less clutter on your handlebars and one less point of failure.

My current race bike was originally a 2x10 set-up, I replaced it with Shimano XT 1x11. The biggest sprocket has 42 teeth and this is paired with a 34 tooth oval chain ring. I use this bike for general trail riding and cross country marathon racing. It's got a good enough spread of gears even when it's really hilly and there is no dead spot with the oval ring.

I'll never go back to multiple chain rings after running 1x. You'll probably need a few rides to adjust to the extra difficulty in climbing as you'll still lose at least 15% of your easiest / hardest gearing. If it's really hilly where you ride, you may be better off with a smaller chain ring unless you're strong - Going just by my own experience I would say each tooth added to the chain ring seems to increase the effort needed by about 5% (just my personal feeling, science may be different!).

Having said that, you need to weigh up whether it's worth the money and hassle to upgrade your bike to this setup - If it's an old bike you might be better off sticking with what you have or changing your bike instead.

Not the answer you're looking for? Browse other questions tagged crankset chainring or ask your own question.