I want an old road bike to fix up that goes fast. Where do I start?

I would like to get into road biking with some co-workers who have fancy new road bikes. However, I prefer to buy an older bike from the 70s, 80s, or 90s because I like fixing up older stuff and I'm a little cheap.

Am I setting myself up for failure by buying an older road bike and expecting to go fast? Not sure if it matters, but I'm a fit 195lb 6 ft. 2 in. male.

I have a similar outlook on bike purchasing - something nice enough to ride but cheap enough to afford.

First question - do you have a chance of keeping up with an expensive bike assuming equal ability?
There are lots of variables - but assuming this won't be an all out race you will do fine on a good quality older bike.

Generally extra costs equals reduced weight. Here is an article that compares weight with speed.
The bottom line is that a heavier bike does effect speed - but not very much. One extra kilogram on a 100 kilometer ride with mild hills = 30 seconds slower.

There are other factors - bearing quality, wheel quality, tire type and inflation, etc. that come into play. The truth is - it's the rider that makes the biggest difference in performance.

Second question
The three key indicators when I look at a bike in that age range are brand, crank and condition.

Medium to high end bike shop bikes have a crank that looks something like this: 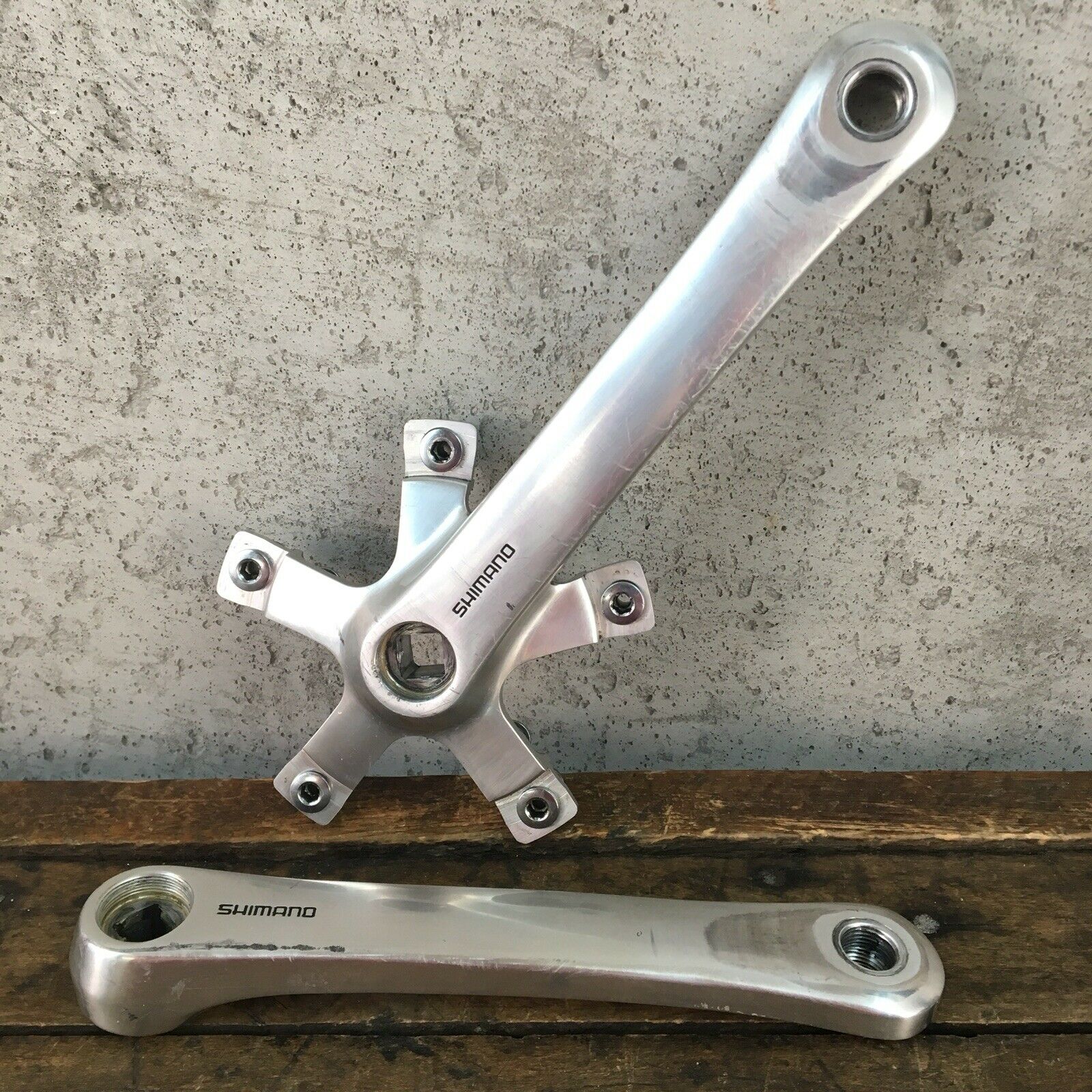 The arm and the spider - part that holds the chain rings is all one part - solid. This means less flex.

Generally a bike shop bike with a forged crank will have a pretty good frame, aluminum rims and solid components. This will filter your selection into the medium to high range so you can focus on the other aspects of the bike.

An issue with any of these things is not instant disqualification from purchasing - they are all factors in how much effort you will have to put into the bike and how much you should pay.

I'm sure there are other tips for finding the right bike but this is the broad brush I use to focus in on bikes of interest.

Assuming bikes are priced fairly, a better bike will cost more. An older bike would be somewhat cheaper than a newer bike, with variation because of wear and condition.

You're more limited on choice when buying used. You get to choose between whats available at that time.

Older bikes can work perfectly well - personally I enjoy passing carbon fibre road bikes on my old 80s steel road bike. But that only happens under certain conditions. Given it was a 15 kilogram bike, I never pass people going up a grade unless they're on a BSO MTB.

Ultimately, you're the power source. An older bike tends to sap your overall power a little more than a newer bike, so you have to have a bit more power to be equal to your coworkers on their newer bikes.

Depending on the attitude of your coworkers - they may simply leave you in the dust no matter how good your bike is, or they might be inclusive. Its impossible to predict - some cyclists like to show off to "fresh meat" and some will go out of their way to encourage people. Just ride and enjoy it.

In terms of things to look for, the older the bike the harder it will be to find suitable parts. Anything older than the 80s is likely to be extra difficult.

You need to decide how important Originality will be to you. I personally have put a 2000's era shimano 105 3x9 groupset onto that 1981 Raleigh Arena frame mentioned before. This gave a 30 tooth large cog with a 30 tooth grannie gear, so the bike was able to grind up steep grades, eventually. And it still looked mostly old - it would take a good eye to notice the black cranks and the uprated cassette/derailleur/brake levers which would be partially hidden by feet and hands. 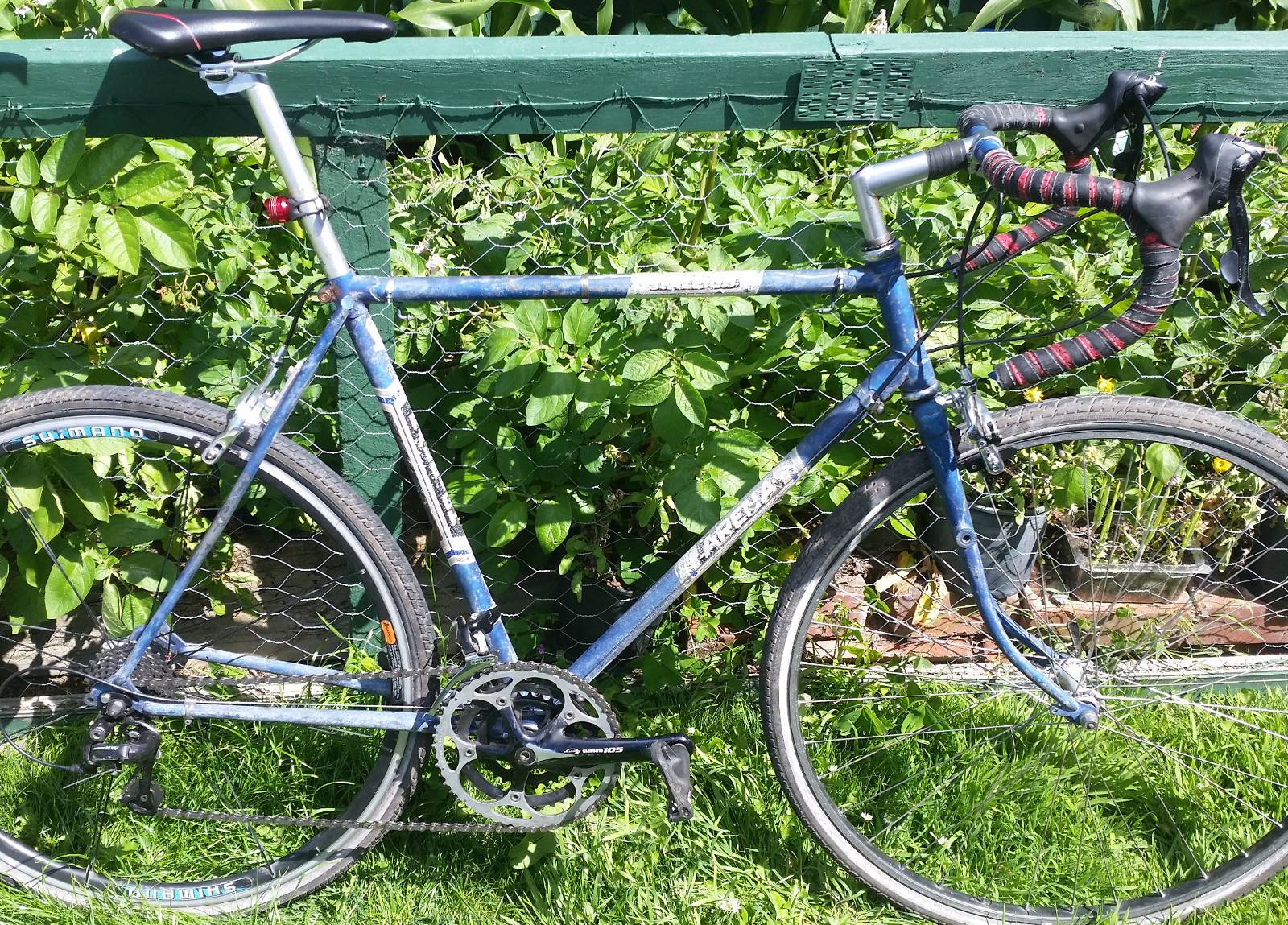 In the 70s we didn't have high pressure clincher tires. I ran tubular tires for that reason, then got out of cycling around 1980. When I got back into cycling five years ago I dusted off the old bike and had to look a bit to find replacement tires, but they were available. Are you replacing the rims/tires? Tubulars are a real nuisance.

Back then the top frames were Reynolds 531 or Columbus tubing, preferably double-butted (thicker at the ends of the tubes where there is more stress). If you find that you will have one of the good bikes of the era. It will still be heavier than a modern carbon frame, but not much of the weight of the bike is in the frame, so I wouldn't think it is a killer.

I am a nut about gearing. My 70s bike was a 10 speed, by which we meant five gears at the back and two at the front. You could get a 14/34 cluster (not cassette) to couple to a 52/40 set of chainrings. That is almost as low as a 50/34 compact coupled to 11/28 cassette, but you are missing the higher gears. I had a 13 on my cluster, which was rare at the time. My friends complained because I had an 8% higher gear than they did. The gaps will be large, so you need to have a wider range of acceptable cadences. The width of the rear axle has increased over the years from 126mm to 130mm to 135mm to allow more gears. Make sure you are happy with the number of gears and spacing available at the width you buy. I have never ridden a triple at the front, but I hear they are harder to keep working right. I jumped from the five gears at the back to ten, and the market says ten is enough to run a double up front. My first new bike had a 50/34 compact at the front and 12/30 at the rear. Now I am running 50/34 at the front and 11/34 rear. I would prefer the top gears on the cassette to be 12/13/14/15 instead of 11/13/15 because I don't need an 11 and would like the narrower spacing. There isn't one on the market as far as I can see. You may not need gearing that low depending on where you ride and your fitness level. I like the 34. Many people are happy with 34/28 for a low gear.

Bicycles have simple requirements. You want it to roll easily, which needs good hubs and tires. You want to have enough gears and the right gears so you can keep your cadence in line. You want it stiff enough you don't waste energy flexing. You want it to feel good, which is about fit and what color it is painted. You want it to stop well, but you didn't ask about that.

Used bikes are a less expensive way to get there assuming you can find something that meets your needs. Unfortunately for those who want to buy used, many people who buy new don't sell the old one, so it can be hard to find what you want. It is also easy to underestimate how much you will spend refurbishing/upgrading a used bike.

Good luck and have fun.

Much has been said already, like looking for a decent frame. The one built with Reynolds or Columbus tubes will be "only" about 1 kg heavier that a modern high-range carbon frame. And some say that 1 kg of bike weight difference is comparable to 5 kg of the rider's weight. For your information - early '80s Gazelle (Dutch make) road bikes built with Reynolds tubing and Shimano 600 EX groupset were around 9 kg.

One issue though, very important here in my opinion, was not mentioned.

In early '90s Shimano came up with the STI concept and Campagnolo followed with their ErgoPower. In short - it's the integration of brake levers and shifters (by some called brifters) to allow more efficient shifting - one does not need to lose the grip on the hoods to shift - in comparison to downtube shifters where you had to change your setting to shift.

Nowadays each decent road bike is equipped with brifters. If you manage to spot a '70s or '80s bike, it will be sporting the downtube shifters (unless it was modified already). This also applies to the majority of the '90s bikes.
So, given your requirements I'd start with upgrading the bike with the brifters - good thing those from the '90s or early 2000s can be found at reasonable prices. Of course don't expect anything more than 8 or 9 speed, even though you're good to go.

You can also think about replacing a quill stem to a threadless version (an adapter, new stem and new dropbars) - you will be more flexible with adjusting the complete bike size to your needs as threadless stem replacement does not require rewrapping your dropbars.

The rest is simply a good overhaul to the bike - putting fresh grease into all bearings and adjusting them, replacing the chain and putting nice tyres.

And as the time goes by and your budget allows it, you can replace the wheelset (steel frames can be cold set to accommodate wider rear hubs) and the complete groupset to something modern.

Not the answer you're looking for? Browse other questions tagged road-bike speed used-bike or ask your own question.

10
Are road-bike suspension forks still manufactured, if so, where?
4
Correct inflation pressure for old road bike
1
I want to start riding a road Bike. Is it a big difference if I buy a generic one?
1
What is the handlebar size for an old road bike?
4
Are older road bike parts compatible with newer standards? How do older and newer bikes match up performance wise?
5
Do I need a Road Bike to go fast?
1
Upgrade old road bike to 7-speed rear derailleur?
9
Fix up old road bike or buy new one?
2
Upgrading an old road bike