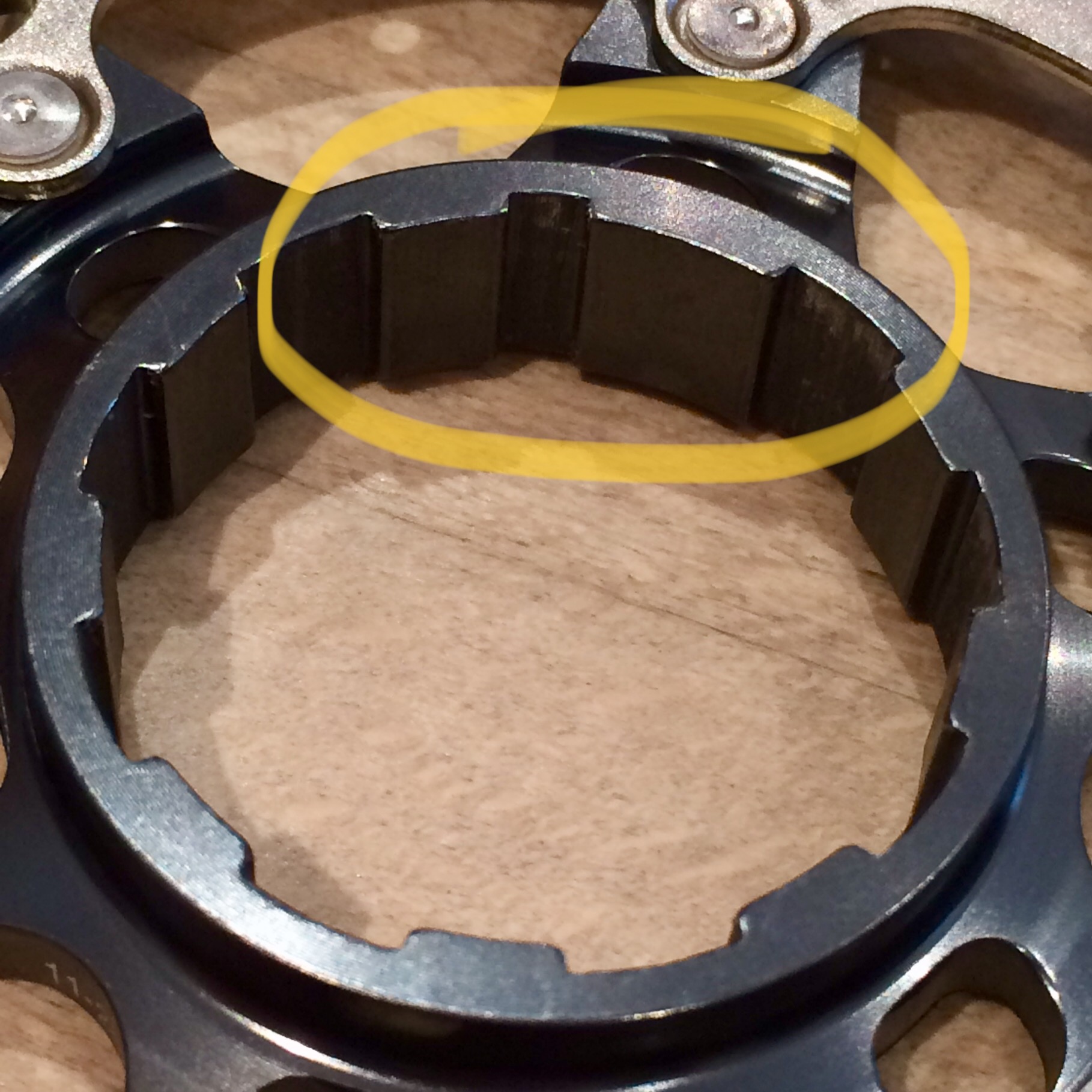 When I'm installing cassette on my freehub, I need to make sure that the spaces align correctly. That is, there are 9 splines on the freehub and 9 corresponding splines on the cassette. My first attempt was just to put it in any of 9 positions but then I found out that one groove on the freehub is slightly bigger and the corresponding spline on the cassette matches it. So in fact, there is only one acceptable position. Why is this like this? Why aren't all of the splines the same size?

8
7-speed MTB cassette on 8/9-speed wheel hub, where does spacer go?
40
Why would one ever buy a 12-25 cassette when an 11-25 is available?
4
I have changed the chain after my gauge showed that it's .75 worn. New chain jumps anyway. Why? How to deal with it?
2
What are some notable visual observations one can make of a cassette that indicate wear? And to what degree that wear has progressed?
1
Do I need a spacer between my cassette and freehub?
2
11-speed cassette, freehub and wheel compatibility
7
Why does my freehub body have such shallow lockring threads?
4
New freehub body causing chain slack and ghost pedaling