Cracks in paint on aluminum frame

I noticed some small cracks in the paint on my aluminum frame bike. The cracks are clustered around the rear brake boss, and only on one side (NDS). The bike is from 2011 and has been ridden over 10,000 km. Just wondering if it's just cosmetic or something I should be worried about. 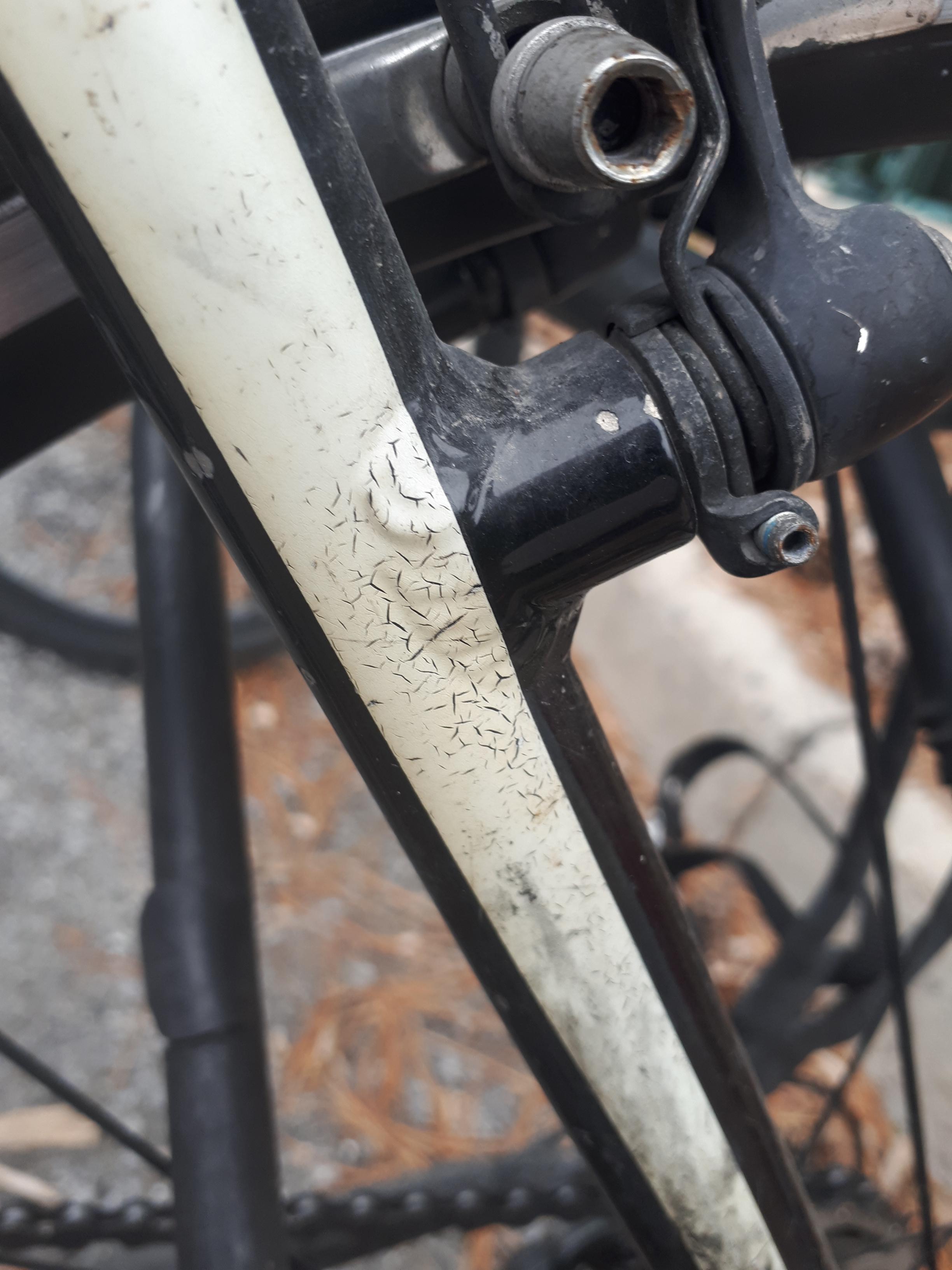 I believe the cracks are just in the paint, not the alloy.

Only the white paint is cracked, not the black, the cracks are evenly spaced and run in all directions rather than the single direction a stress crack would follow.

I would at the very least check the inside of the brake boss attachment for cracks. The way the paint is cracking, it appears as if there is some large-scale movement of the aluminum, which could be caused by a crack on the inside. And if that is the case, you need to stop riding this bike immediately!

Brakes put a lot of stress on the structure of the frame, especially cantilever- or V-brakes. They push the seat stays apart, and this pushing force is not aligned with the center of the seat stays. Rather, they produce quite some torque along each seat stay, which is transmitted at the attachment of the boss itself. Thus, the welding of the bosses and the chain stays, as well as the aluminum parts directly next to those weldings, are prime candidates for cracks. And you definitely do not want your seat stays to fail you!

Also, the fact that only one side is afflicted is a huge red flag. If the issue was just with the paint, you'd expect the symptoms to be all over the place, or at least symmetric. Not only at one side where there is a lot of structural stress.

Not the answer you're looking for? Browse other questions tagged frames paint or ask your own question.

8
Why are bike frames getting so much bigger
1
Carbon frame cracks
4
How to identify lead paint?
5
How long will this alum frame last?
4
What to do about damaged bike frame
6
Where did I go wrong with this frame painting procedure?
4
Is there any reason for the rear frame and bottom bracket to be asymmetric?
2
Rear wheel touch frame during off saddle sprint
3
Deformed Headtube Around Bottom Cup