Just how bad are bottle dynamos?

My tourer has a dynamo front wheel, which is great. It's so handy* that I ended up using it for most of my commuting over the winter, despite having a hybrid that should serve as my foul-weather commuter. So I'd quite like to add a dynamo to the hybrid which does a few tens of km per week. The budget simply isn't there for a new wheel** (or rebuild, but the rim is old) plus lights, but a bottle dynamo from a reputable brand is only around £/$/€12 and my tyres (marathon plus) already have tracks.

Bottle dynamo vs. hub dynamo covers some of it (longevity, tyre wear), but I'm interested in day-to-day reliability as opposed to longevity, i.e. can I just jump on and the lights work assuming I don't clobber it? In all weathers? I can with the hub system and this isn't addressed at the linked question.

* Clip-on lights (the vast majority of battery lights) get stolen where I park (and I can't change that) so have to be removed.

** I will downvote any answers that mainly suggest a hub dynamo. I know they're better in many ways, I know you can get a wheel for ~£100 delivered, but that's too much. Unless there's an option that's similar in total price to a bottle, forget it.

Bottle dynamos aren't actually as bad as often claimed. They are usually cheap, lightweight, have less resistance than people think and zero resistance when not in use. There are some bad parts, though:

The truth is, that the vast majority of bottle-dynamos are utter crap. They are built to be attached to BSOs (BSO = Bike Shaped Object, a bike that's built so cheap that you can hardly call it a bike), allowing the BSO to pass the legal checks (needs to have working lights compliant to law), but are simply not designed to cope with low temperatures and/or rain/snow. As such, they work fine on a mild, dry summer's night, but fail abysmally when used in snow-rain.

That said, I have come across two designs that stand out from the rest. Both of these two modify the driving wheel of the dynamo:

Neither of these two models can be purchased with the 12 Euros you mention in your question.

In any case, the examples of the Nordlicht and the AXA HR Traction show you what you need to look for:

If these two conditions are met, good bottle dynamos (like the two I talked about above) can be used in normal rain without much problems. Snow-rain is always tricky with bottle dynamos as the sludge will get between the tire and the dynamo's driving wheel. Of course, if you avoid riding in snow-rain nights anyway, a good bottle dynamo may serve you well.

However, if you buy a classical bottle dynamo like the ones you see on BSOs (tiny driving wheel made of hard plastic or, worse, metal), it will likely fail you in any bit of rain.

As a grad student, I purchased a Breezer bike with a bottle dynamo for commuting, ~10 km round trip. I probably replaced the bottle dynamo 3 times within 2 years because wear on the dynamo rendered it inoperable. During that time, I came to dislike bottle dynamos because:

Eventually, I coughed up the money to rebuild my front wheel with a hub dynamo. The improvement is amazing and I would never go back. There are occasionally problems with the light wiring, but there is nowhere near the uncertainty of a bottle dynamo.

I would recommend a bottle dynamo only for someone who rides occasionally at night only in good weather. Otherwise, you are better off with the battery-powered light you need to readjust the bottle dynamo in the dark.

I don't want to use battery lights because I always forget to turn them off, so they are empty by the time I really need them.

On a bikes I used in urban conditions (lots of street lights) where the main purpose was to be noticed, I used reelight hub lights and flex mount with great satisfaction. Especially as a back light, this is good enough.

If you need a strong front light, They seem to have solutions too, but I don't know whether they are strong enough

There is a bottom-bracket bottle dynamo - more of an barrel shape than a bottle, and would have resolved a lot of the niggles people have with bottle dynamos.

I think this may solve your problem with bottle dynamos. 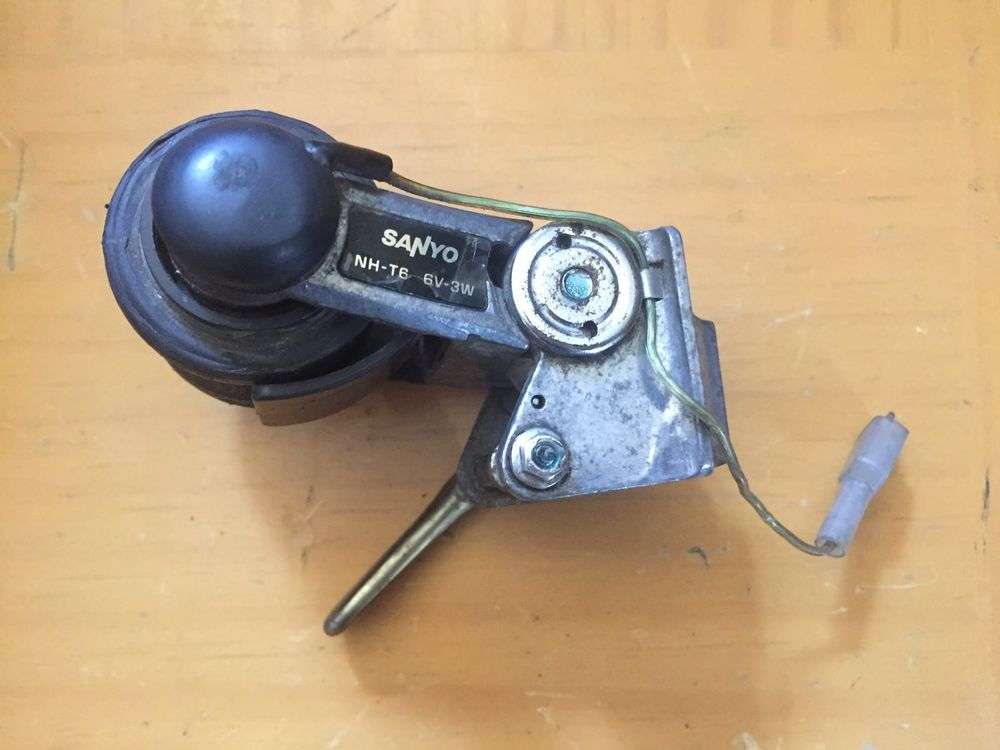 Regarding your question about bottle dynamos:

I have used bottle dynamos on two old city bikes, both at the front and the rear wheel, and it sucked. Not only do they add much more resistance (wich is not fun early in the morning when you're already late and on work clothes), I also found it difficult to adjust the force with wich they sit against the tyre properly, and and maintain it for a long period. But the worst was that one of them would often slipp around the freezing point and no amount of extra pressure against the tyre would solve that. In short, I found them unrealiable, wich is not what I want for my bycicle lights.

I never used high quality bottle dynamos (if such a thing exists) however, so it may be that with a good, new one you won't have such problems for many years. I can only give my personal experience here.

Regarding you real problem, about cheaply adding lighting to your bike:

When, about 8 months ago, I got tired of it, the very obvious solution to me was to buy a used wheel on ebay. After a little wait for the right item to come up I ended up getting a 26" front one in good condition, with tyre and 3W Shimano hub (including the connector) for about 25-30€ (including delivery). A quick search on ebay uk suggests you should be able to find a similar deal.

but the rim is old

Given the fact that your bike also seems to be old (meaning you are more likely to tolerate using 2nd hand parts on it), how much you like hub dynamos and the price difference to a "good" bottle dynamo and to the 100£ new wheel you have set, I would suggest this as a viable solution (assuming you have fairly standard 26" or 28" wheels that can be easily found 2nd hand).

14
Bottle dynamo vs. hub dynamo
2
How to replace a bottle dynamo with batteries
8
How to waterproof Shimano dynamo connector?
1
Hub dynamos and standlights
2
Bottle dynamo: the steel wheel quickly wearing down?
3
Are there dynamo powered front flashing lights?
0
AXA bottle dynamo noise
2
How to install dynamo hub into mtb
0
How does dynamo hub feel at hand?