Does it matter what way the tires go if no directional arrow?

As the title suggests, I have just put on two new tires but now I'm not sure if I put them on in the right direction.

No directional arrows so I presume anyway is fine, however me being me it made sense to have the tread pattern going in the forward direction.

So do these look right or should I flip them around? 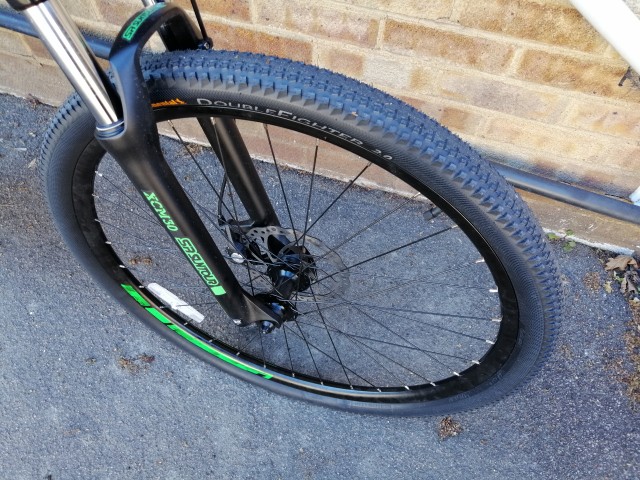 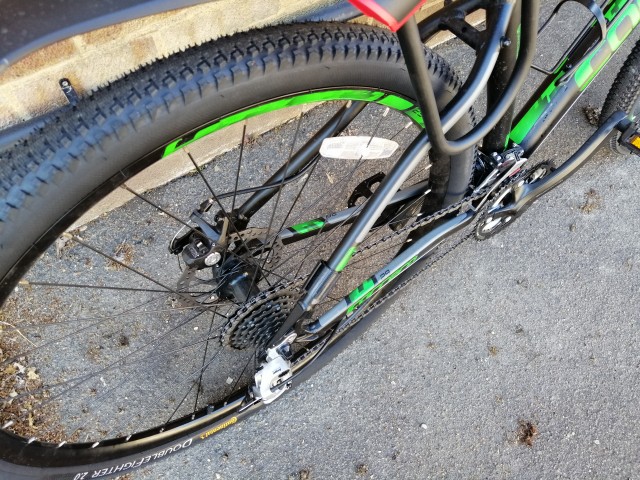 Tires with directional arrows usually have a tread that's asymmetric in terms of rotation of the tire about the hub (i.e. the tread appears to "point" forward or backward along the direction of travel of the bike).

Asymmetric tread is designed to improve traction in certain scenarios. For example, they can be designed to encourage water, snow, mud, and other liquid or semi-liquid items to move out from under the tire, improving traction. Mounted incorrectly, they will do the opposite and encourage the same stuff inward toward the center line of the tire.

The direction arrows you mention are to reduce the guess-work and just tell you exactly how to mount the tire to get the tread pointed the right direction. If there is no explicit arrow, look at the tread and see if it has a pattern that "points" in one direction (forward or backward). In every case I've seen, the pattern should point behind towards the back of the bike when it contacts the road, or forward when you look at it from the top.

If there is no direction arrow, and the tire is either slick or has a symmetric tread (doesn't "point" forward or backward), I would say mount it either way. Shouldn't matter.

Also, make sure to look very close for the arrows. Sometimes they're painted onto the tire and easy to see, but other times they're just traced with a raised ridge of tire rubber and that can be hard to spot. Check the entire perimeter of the tire on both sides, in good lighting.

Although hard to tell, I’m pretty sure for those tires it does not matter, if it had a specific way it would say so. If it looks the wrong way then change it, but I would just leave it the way you put it on.

If the company did not bother to add rotational direction (especially one like Continental), it mostly doesn't matter.

On that matter, I've had experiences where if the tread/knobs are angled and seem to point to a direction, putting it in either direction gives different performances for different intentions/applications.

That's just my experience so take it with a grain of salt, but it might give a bit of insight.

Not the answer you're looking for? Browse other questions tagged tire maintenance diy or ask your own question.

22
Does this chainring need to be replaced?
22
Removing a stuck pedal
3
What tire should I put on my road/commuter bike to prepare for a New York winter?
0
My Bike doesn't seem to fit itself
2
Best Tires for Cannondale Bad Boy 4
8
Winter tyres or winter wheels?
1
How do I shop for a good tire?
3
Road bike front wheel question
0
Why am I suffering from repeated flats same spot on wheel?
12
How much energy is lost with a gravel tire compared with a road tire?