I recently saw a bicycle on display that was labeled as circa 1895 (from the White Crown bicycle company), and the fork blades appear to be made from a single piece of tubing bent into a U-shape (see image). All other bikes I've seen from that era appear to use separate pieces for each blade. Is it possible this bike is later than 1895 or was that design actually in use by then? 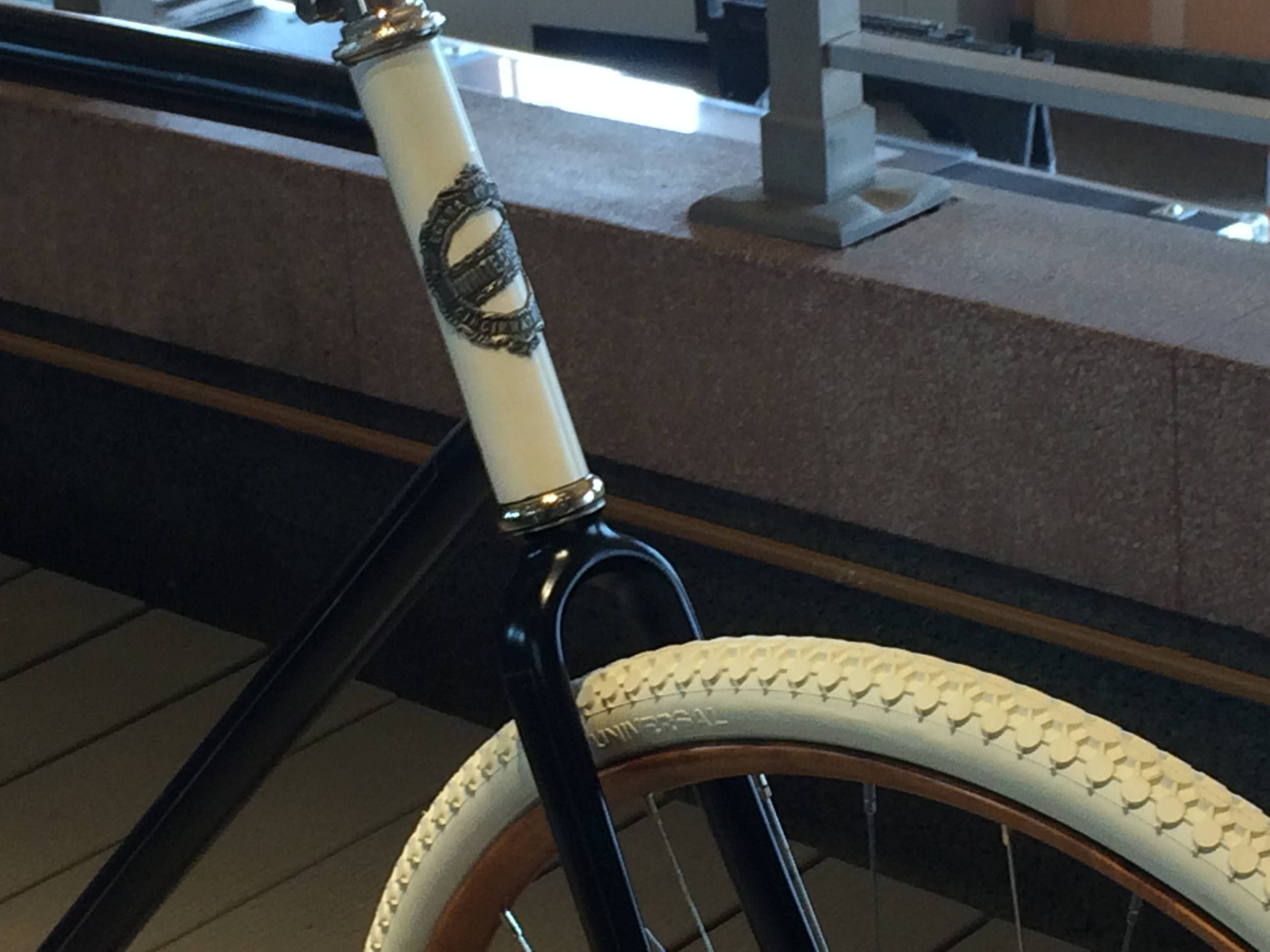 According to the post the bike display said "circa 1895" so the claim is that it was made around 1895. Is this believable?
I think it is. During this period there was a lot of creativity directed at bicycles and there was a lot of variety in construction methods.

To validate the approximate year on the bike I thought to find another reference for the same bike. Searching for "White Crown Bicycle Company" in a variety of search text strings came up with nothing.

Next, I looked to find bikes from the period with similar looking construction. During my hunting it was clear that your observation was mostly true.

All other bikes I've seen from that era appear to use separate pieces for each blade.

Most of the forks in that era were obviously constructed with individual blades and some type of stamped or forged crown.

Here is a picture of an 1892 Iver Johnson No. 1 Diamond Safety Bike with what might be similar construction methods 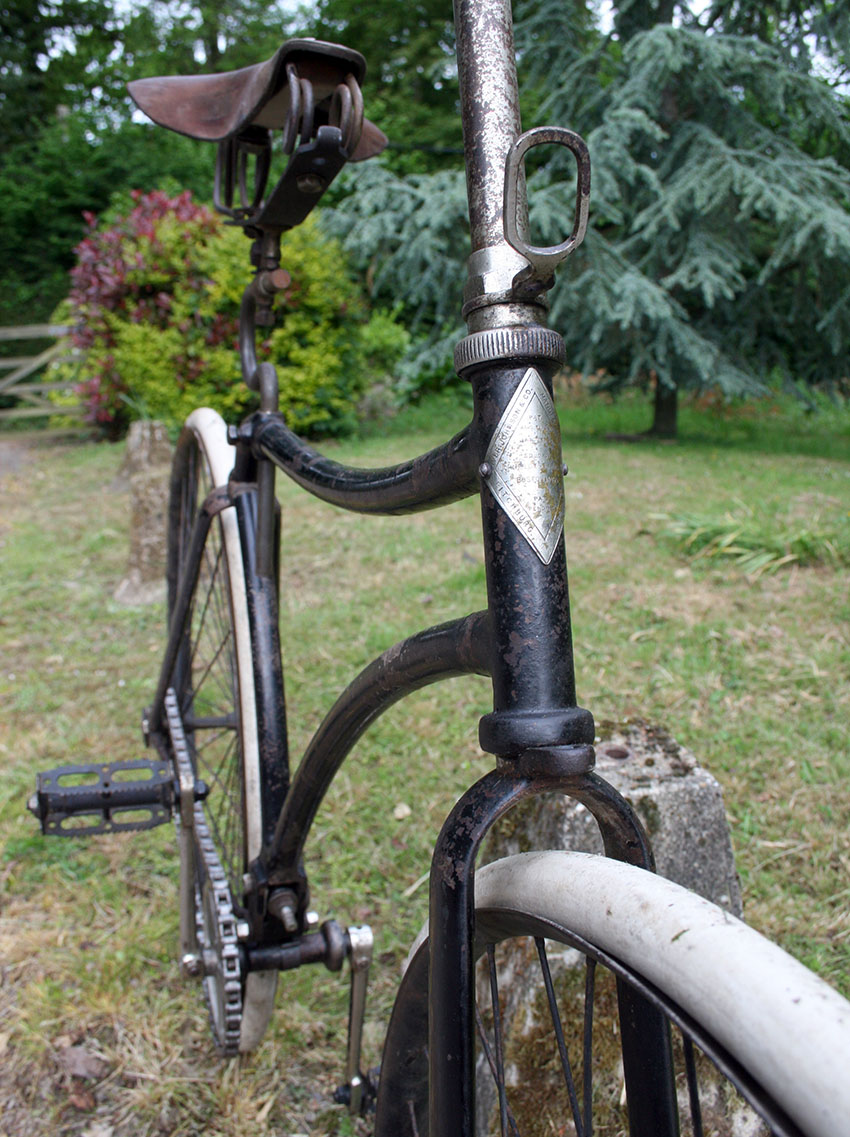 It's not exactly the same but it's similar and it's very different from the crown with blades fork.

The rear stays seem to have a similar construction 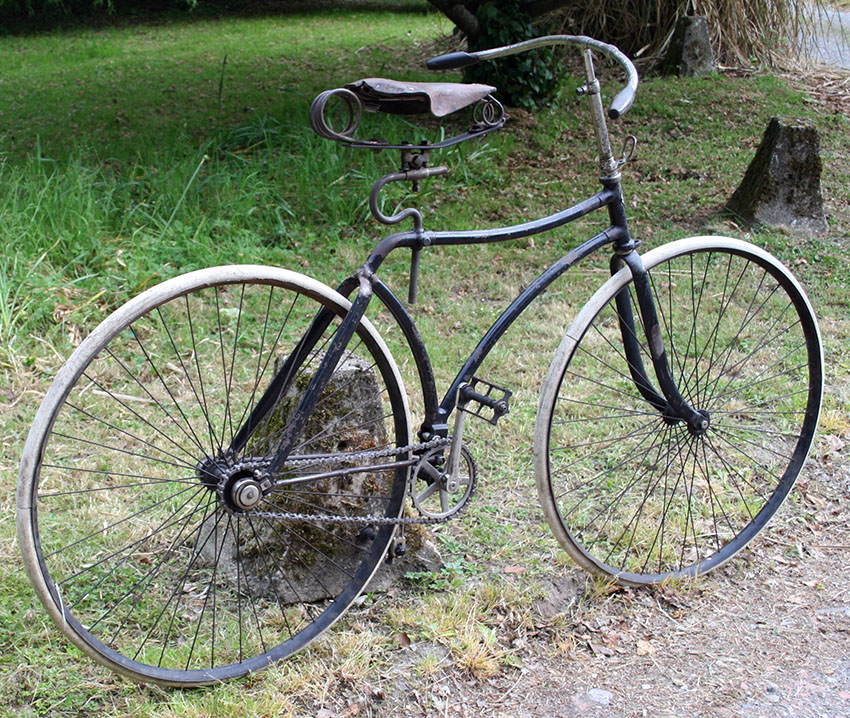 I spent a lot of time reading the article on this bike to try to verify that the fork blades and frame stays are actually tubing and not just bent solid steel. As near as I can tell it really is tubing.

As Criggie said, the fork in the original post may not be a single bent tube.

The fork and rear stay in the pictures I've posted may not be a single bent tube. It could be a rounded crown with blades brazed onto posts and smoothed out to look like a single tube.

My thought is that if the bike below is from 1892 then it's reasonable to think that the bike in the original post is circa 1895.

If you send your picture and information to Colin at The Old Bike Museum he might provide you with better information.

Not the answer you're looking for? Browse other questions tagged fork history or ask your own question.

0
What are simplest rideable bikes over history?
3
Finding the history of my 1980s Norco Bike
6
Gap between lower headset cup and fork. Is this likely to be a problem?
0
Do quick release wheels require certain design in the fork?
3
Help to find the history of my 1900's Armstrong cycle :)
9
When did bicycle chains go back to being bushingless?
2
threaded and threadless fork origin
11
Why the backwards fork?
1
Cito bicycle history / old steel bike identification