Since the tops of the wheels are moving at twice the speed of the bike, you would think that covering them up would make quite a bit of difference to the drag coefficient, particularly the front wheel.

Or is it more complicated than that?

wheels fenders aerodynamics
Share
Improve this question
asked May 24, 2019 at 19:23

The aerodynamics of a bicycle and rider through the air at the speeds involved in cycling mean the factors which determine drag are primarily:

Size is pretty straightforward, a larger object (as determined by frontal surface area as presented to the air flow) of the shame shape and surface texture and relative air speeds has greater drag, and the increase in drag will be in proportion to the increase in size.

So one method of reducing drag is to make the bike + rider smaller. Riders do this by using narrower wheels, tyres and components, and most notably by changing their position on a bike, with the most obvious example being riding a recumbent bicycle.

Obviously competitions of different types (UCI, triathlon and others) have rules which limit the scope of equipment and positional changes possible.

Adding a fairing or guard increases the size of the overall bike + rider, so on this basis it will increase drag, however as we shall see, whether it does in fact increase drag (or indeed reduces it) depends on its shape.

Shape presents a more complex set of interactions on aerodynamics. Air at these speeds does not "like" surprises, by that I mean objects that present rapid changes in the air flow such as sharp edges or angles on bluff bodies. These create a lot of turbulence in the air flow and this in turn creates a larger difference in the total pressure in front of and behind the object than when air is less disturbed as it flows around a smoother object. It's this pressure differential that largely (but not solely) determines the total drag.

You can reduce drag by creating a more streamlined shape, hence the development of deeper section wheels, streamlined shaped tubing and other components (handlebars, helmets etc). So even though an object's size might be larger, it can still present less overall drag because its shape is more streamlined. This is why speed record recumbents are fully faired with a long teardrop shape, and are a lot faster even though they are physically larger than the bike and rider they enclose.

Hence a fairing or guard has the potential to make drag better (or worse) depending upon its shape.

Finally, the surface roughness also plays a small role in aerodynamics of cyclists as this relates to what we call the surface frictional drag. The more aerodynamically shaped an object, the more this element comes into play. For cycling it's a minor (but not insignificant) component, one for which more attention is paid when size and shape have been optimised given the constraints in play (e.g. competition rules). Simple things like using tight fitting clothing (e.g. skin suits), or more sophisticated use of surface textures and air trips. We can expect that the surface texture of a fairing or guard would be relatively smooth to present minimal frictional drag, although there is potential for the use of strategically placed air trips.

All three of these factors are complicated by the fact that when cycling air does not always flow in the same relative, i.e. head on, direction but can flow around a bike + rider at a different angle to head on (e.g. when riding in cross winds). Aerodynamically this has the impact of changing the effective size, shape and surface roughness of the object presented normal to the airflow. So what was a better aero choice in head on conditions may now become a worse choice when the air flow is at an angle relative to the cyclist's direction of travel.

So, what's the answer?

I don't know. And neither does anyone else.

Guards and fairings add size but have the potential if well designed to present a more streamlined shape and reduce frictional drag. They also have the potential to make a shape less streamlined overall and to compound the additional drag presented by their increased size. Adding to the complexity is how they impact aerodynamics when the relative direction of air flow varies.

The only way to know is to measure drag using a wind tunnel and/or via validated field based aerodynamic testing methods, and/or by doing so virtually via computer modelling (use of Computational Fluid Dynamics techniques - CFD). When testing modest changes of equipment or position, it requires well honed methods and analysis techniques.

Once thing I have learned from performing aerodynamics testing is you can never really be sure what the outcome of such modest changes will be until you test. And retest to make sure.

Showing the results of one test, of one type of guard/fairing on one specific set up and rider only ever tells you the answer for that particular set up and rider. It is not an outcome which can be applied universally. 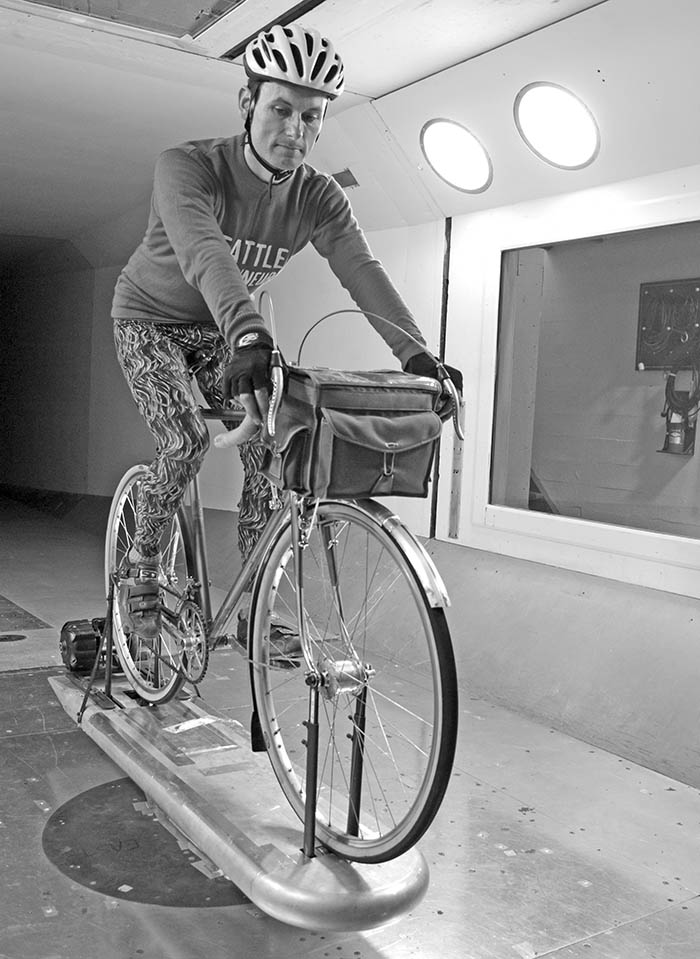 Might as well make it into a fairing while you are at it.

Not the answer you're looking for? Browse other questions tagged wheels fenders aerodynamics or ask your own question.

5
Do mudguards/fenders help? If so, what are the best for a fixie commuter?
1
Crosswind effect on an aerodynamic front wheel vs a rear wheel
12
Why are hand-built wheels considered to be better than machine-built wheels?
0
Product selection help: wheelset for vintage(ish)steel roadbike
7
Any tips for aligning fenders?
1
How does a bicycle tyre and wheel affect its performace and speed?
2
How much better are aerodynamics between a vintage road bike and a top of the line aerobike?
11
Why aren't road bicycle wheels tiny?
1
Aerodynamics of cycling behind a bus