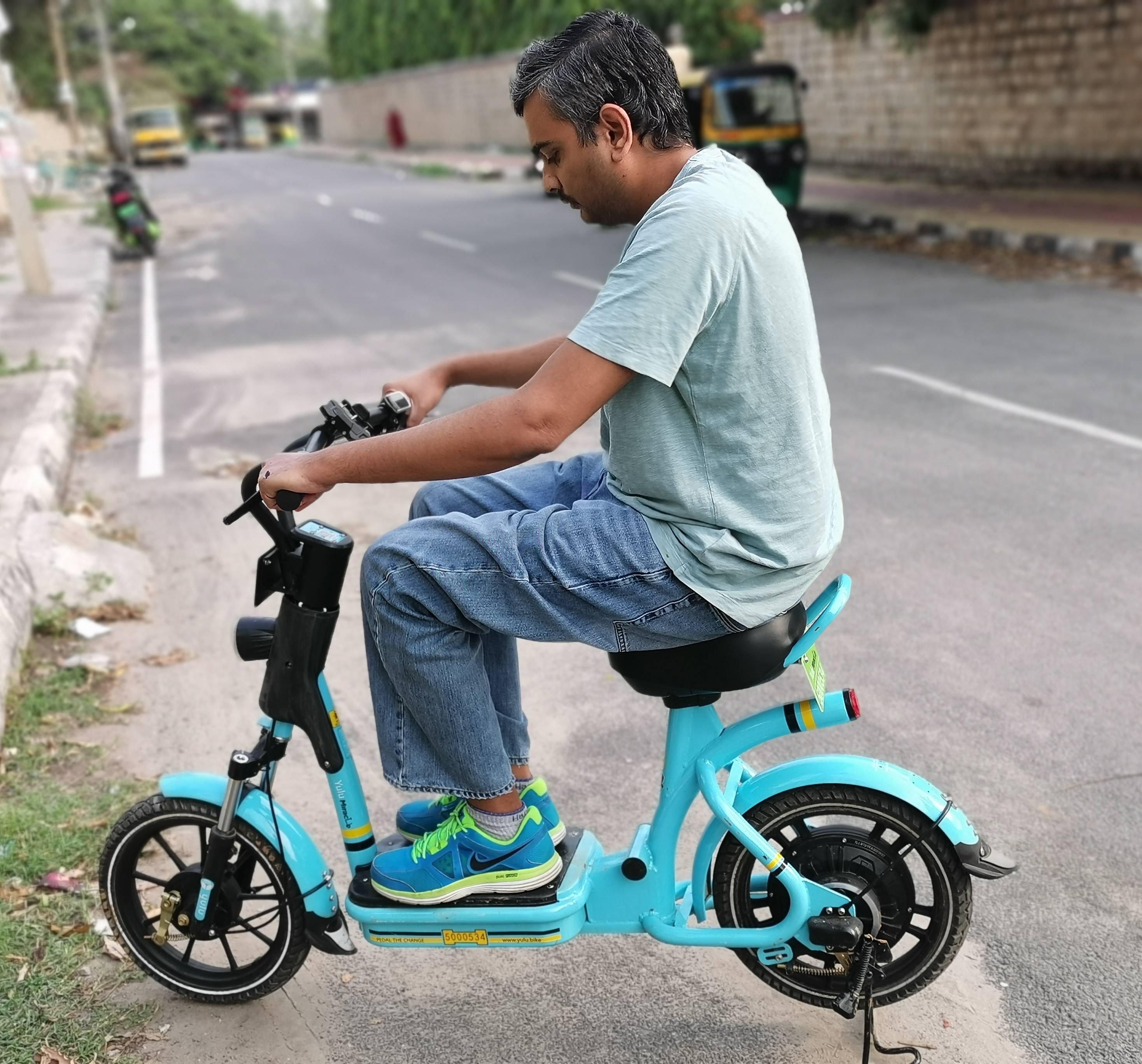 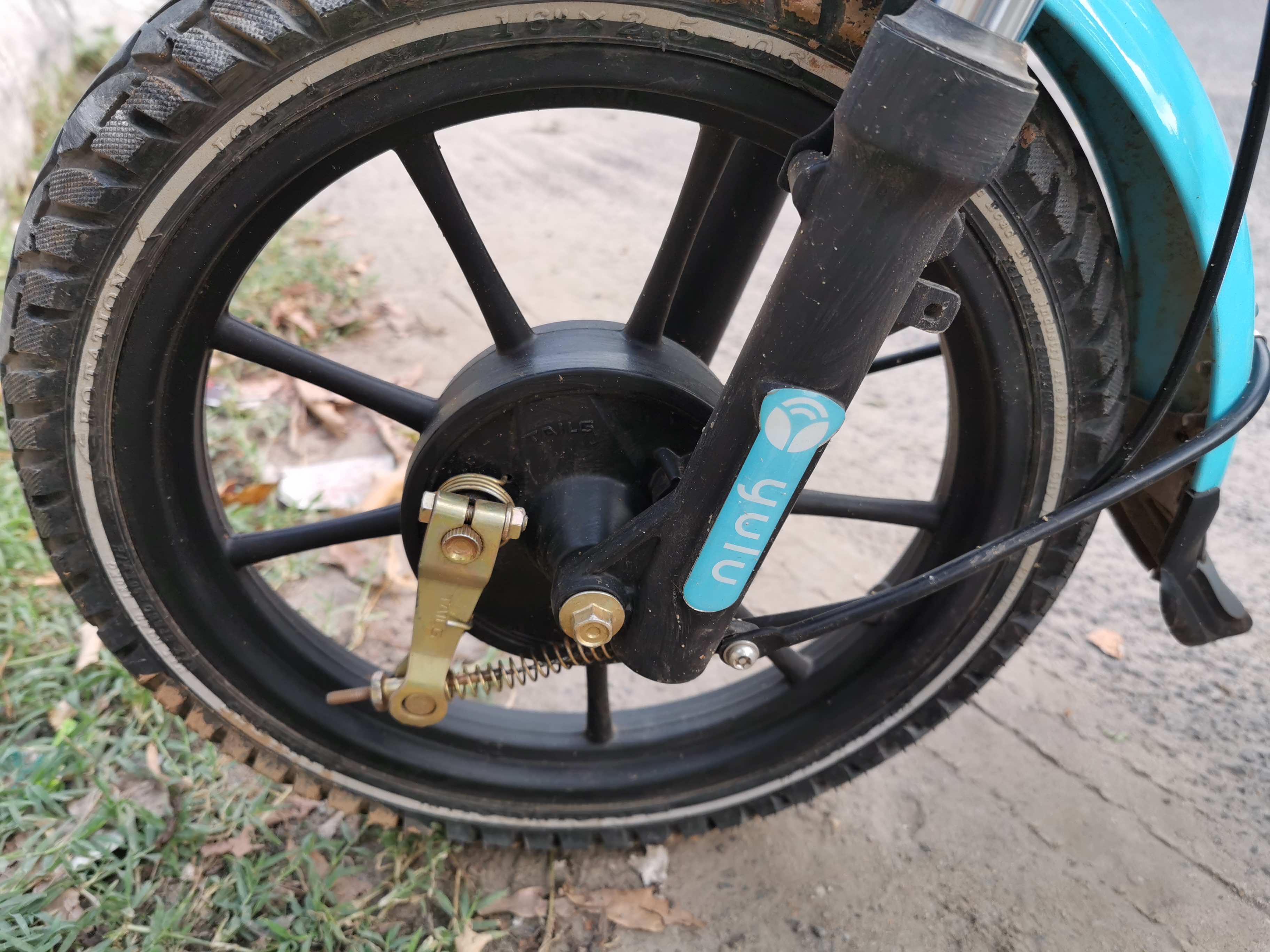 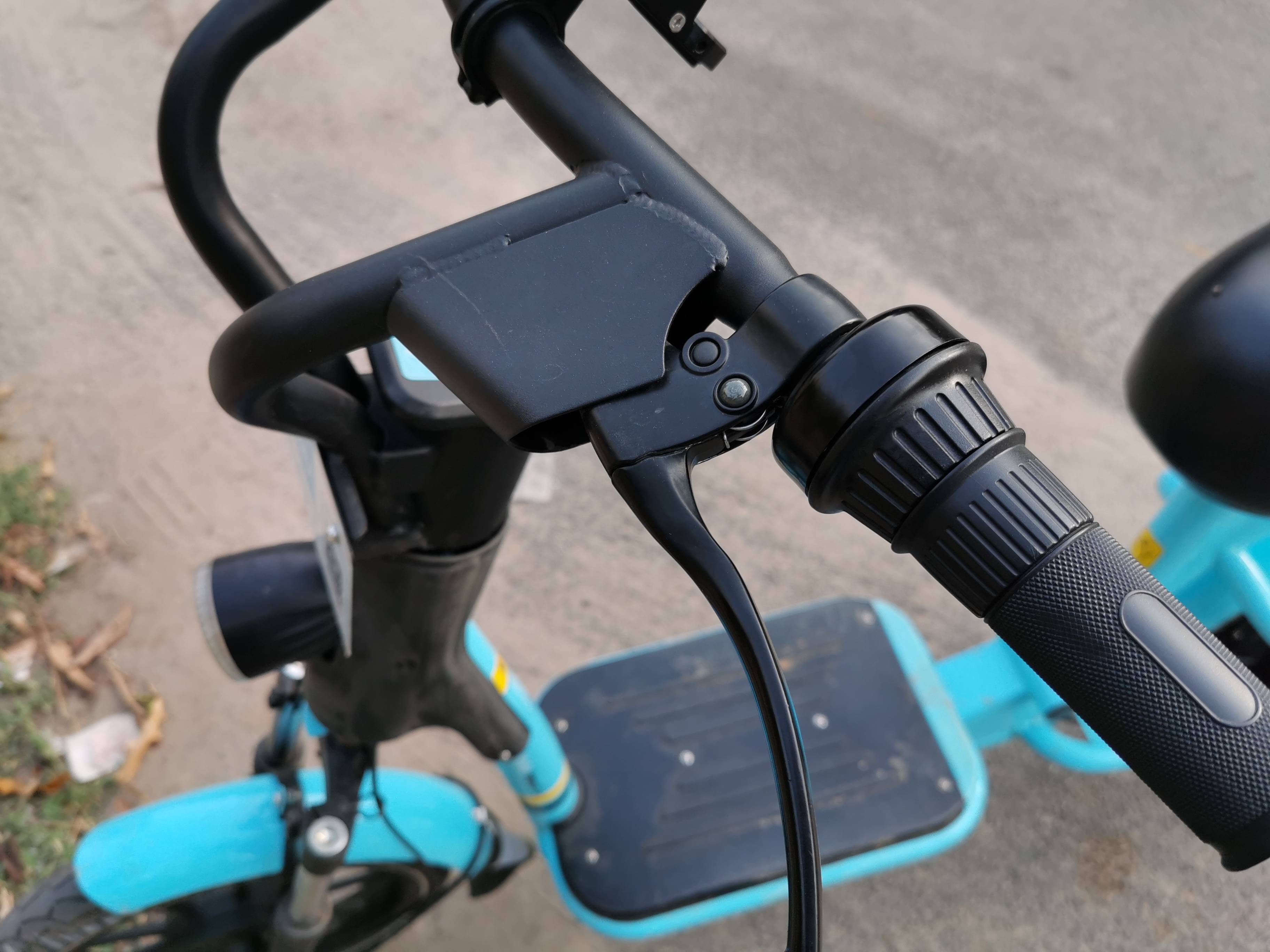 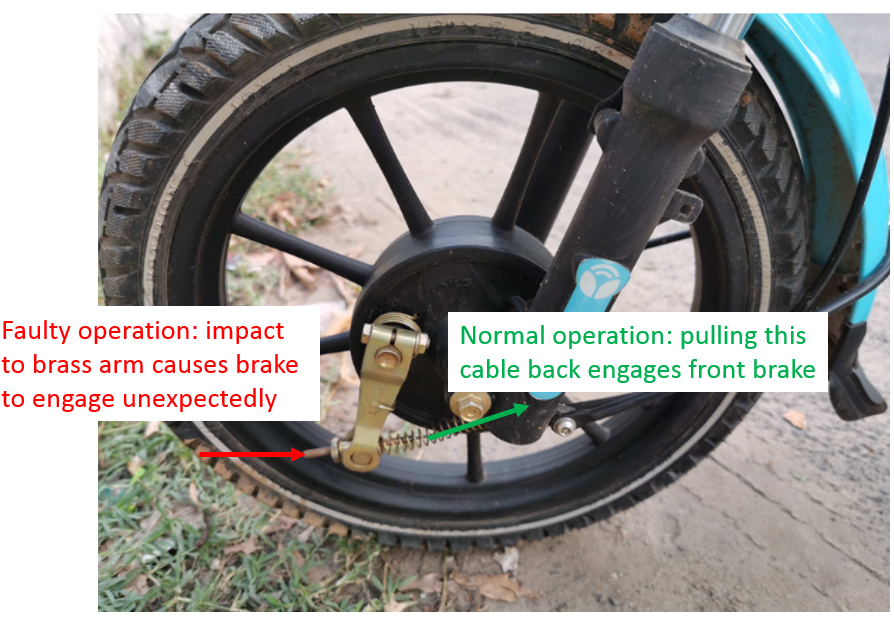 You said that it’s when you hit a bump. Looking at your bike, that’s a big fender on the front. Hitting a bump with any amount of speed would cause the front tire to compress into the fender. Since it’s so large, that’s a lot of surface area to grab the wheel and lock it up to throw you. You had already mentioned the suspension was non-existent.

13
What size are the nuts holding the front wheel?
2
Disk brakes severely reduced in power after replacing bearings
8
How could I have avoided this accident?
8
Hydraulic disk brake stops working when hot; back to normal after cooling - is this expected?
1
What is the cause of earlier rear wheel lock-ups in the wet?
7
Fracture in folding frame - safe to ride?
5
How to handle motorists' dangerous behaviour with an impassable group?
10
Low tire pressure causing fall in corner?
8
Front tire & downtube clearance - extremely dangerous?
1
What fault in the steering mechanism can risk causing the rider to fly over the bars when braking?