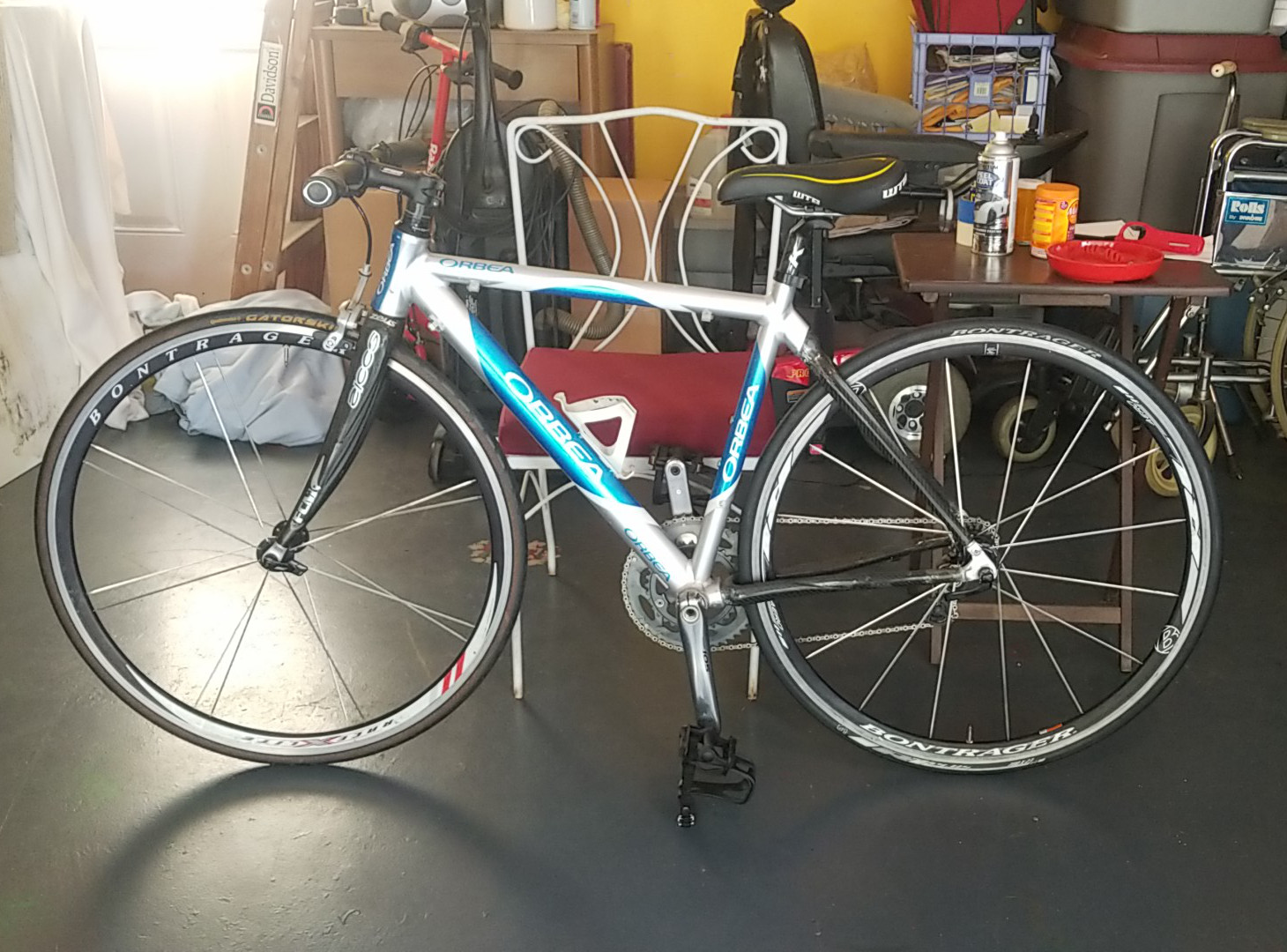 Bicycle helps in my exercise to lower cholesterol. Like the way it coast and how light it is.

It isn’t really identifiable, it’s not the original bike that left the factory. The bike has been altered a lot from new, it looks like currently it is a singlespeed, flat bar conversion with front brake only; not legal to ride this on public roads in sensible countries.

The frame is an Orbea brand, can’t see the model name but the carbon rear stays on (I think) alu frame date it by a few years at least. You can look at old models and compare this feature to narrow it down.

It has a double chainset but no front derailleur or chainkeeper. I can’t make out any shifters in the bars. There may be a rear derailleur acting as a chain tensioner, or it is a dedicated tensioner, but there is no cable run to the rear either. So no shifting.

The wheels are Bontrager, a Trek brand. They have a low spoke count and are probably road wheels, so likely have a freehub. Hence saying it’s a singlespeed. You can check by looking at the rear wheel for a freehub.

It has a couple of Shimano parts, look for part numbers on these (like BR6600), they might help to date the bike, but they might not be original.

If it’s fun to ride, enjoy, but it’s a conversion made up from old bike parts so identifying the ‘bike’ is more of a narrative answer. You might have luck browsing through old Orbea models to identify the frame.

The fork may or not be original, but by reading the words we see it is a ZICCS FCM which was stock on many Orbea brand bikes as well as sold separately.

It is a carbon fibre fork and weighs around 390 grams alone.

Can't see any branding other than Orbea, so its reasonable to assume that's the brand. Their modern bikes have the model written clearly on the outside, so it pre-dates that styling.

We can see its probably a carbon rear, so the seat and chainstays are carbon fibre. The main triangle appears to be Aluminium, with the rear bonded in.

I would recommend you re-fit the rear brake, for safety.

I suggest you try registering the bike by serial number at https://www.orbea.com/us-en/access-register and see what happens. You'll find the serial number on the Bottom Bracket, or somewhere else on the frame.

If that doesn't help try contacting Orbea directly at http://content.orbea.com/us-en/ and see what they can tell you from the serial number - what model it was when it left the factory, but nothing about the changes.

You have a nice aluminium-and-carbon-fibre frame, just maintain it and ride it.

After some searching, the frame looks very similar to both: 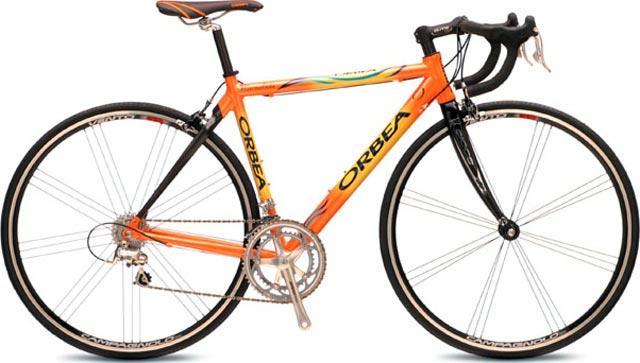 But the chainstay appears to be painted metal.

Orbea Mitis 3 from 2004 - which has carbon for both seat and chain stays. 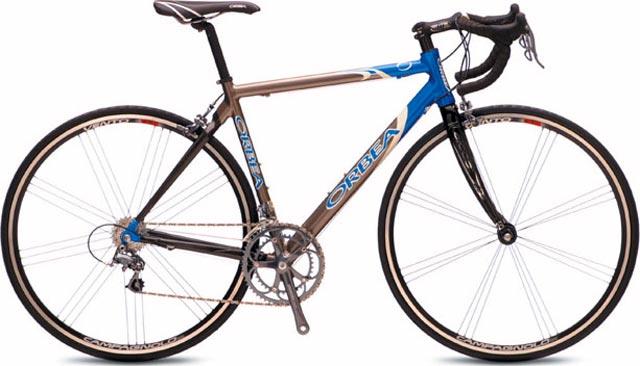 Now I'm not saying its one of those, but the 2004 era would be about the right year, plus or minus 2 years. Any earlier and carbon wasn't used like that.

So your other option is to find an Orbea catalogue from 2003~2005 and start browsing through the pictures.

Not the answer you're looking for? Browse other questions tagged gears identify-this-bike or ask your own question.

23
Why shouldn't I care what model/make/year my bicycle is?