Should I avoid hard-packed crusher dust trails with my hybrid?

I ride a Trek FX 7.2, with 35mm Bontrager hard-case lite hybrid tires. I'm still fairly new and inexperienced with cycling, and I've driven exclusively on roads so far. I'm looking to start increasing my distance and speed, with the goal being to be able to perform a 50K ride by the end of summer (my longest ride so far was 25k).

To this end, I've started looking for new routes to go cycling on. One route I've found that seems like a great choice is the Rum Runners Trail, which is part of a much larger trail system going across the entire province. Most of the trail is made up of hard-packed crusher dust, which I believe looks like this: 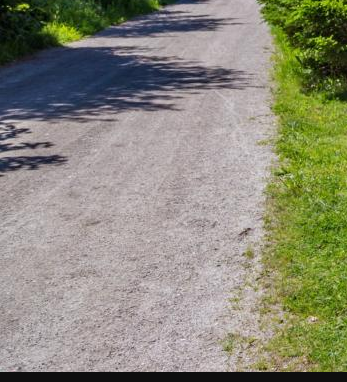 The website above says it's a great surface for hybrid bicycles like mine, but the product page for my tires makes me concerned this isn't the case. Specifically, there's this answer from a Trek employee at the bottom of the page:

So essentially right now, I'm not really sure if I should be riding on this trail with my hybrid. I've considered just going on the trail and finding out first hand, but I'm still fairly new to cycling, so I'm worried about damaging the bike (or myself!) due to driving on terrain the bike isn't made for.

Is my bicycle a good choice for this hard-packed crusher dust trail?

The H2 aren't what the bike shipped with. I bought the H2 late last year, after the original tires got a flat.

You are absolutely fine riding the Trek FX 7.2 with the Bontrager tires on that trail. That gravel surface is not any worse than rough, worn tarmac so go ahead and enjoy those trails.

You don't really need much tire tread (or any) on flat crushed gravel trails, 35mm wide tires have plenty of volume.

Be aware that you will have less grip, both in cornering and braking. Try running slightly lower pressure than you would on the road. Avoid big bumps and potholes. Carry a spare tube, tire levers and CO2 inflator or mini pump in case you get a flat.

For that trail you've got a very suitable combination of bike and tyres.

I'd happily ride all day that on my 32mm marathon supremes, which are more of a road tyre than you've got. We have a similar surface on parts of a local trail; some riders will happily ride 25mm slicks on that but others are less happy on 28mm or smaller. Looser gravel is OK for shorter distances on 32-35mm so don't worry unduly if you encounter a bad patch. If any has degraded to the point of being muddy take it gently and avoid sharp steering; the same applies if the surface has been recently repaired and there's some loose mnaterial on the surface.

There are three factors to consider with gravel roads:

From my experience with puncture proof 32mm tires: I can ride on pretty much any gravel road. But I do avoid bad ones. Both the ones that are too soft, and the ones that are too rough. It only becomes impossible to ride a road when the road becomes so soft that it's basically deep, unbound sand. Such surfaces can drain more power than I'm able to put out. Roughness, on the other hand, is never a factor that forces me to dismount. It forces me to slow down, to navigate the potholes one by one, but it's still "ridable".

Just posting an answer to confirm that I've now gone on this trail multiple times, and my bike has handled it perfectly fine. It's not quite as good as pavement, but the difference is small.

I also took a picture of the trail itself to help other others wondering about similiar trails (the one from question is from the trail website): 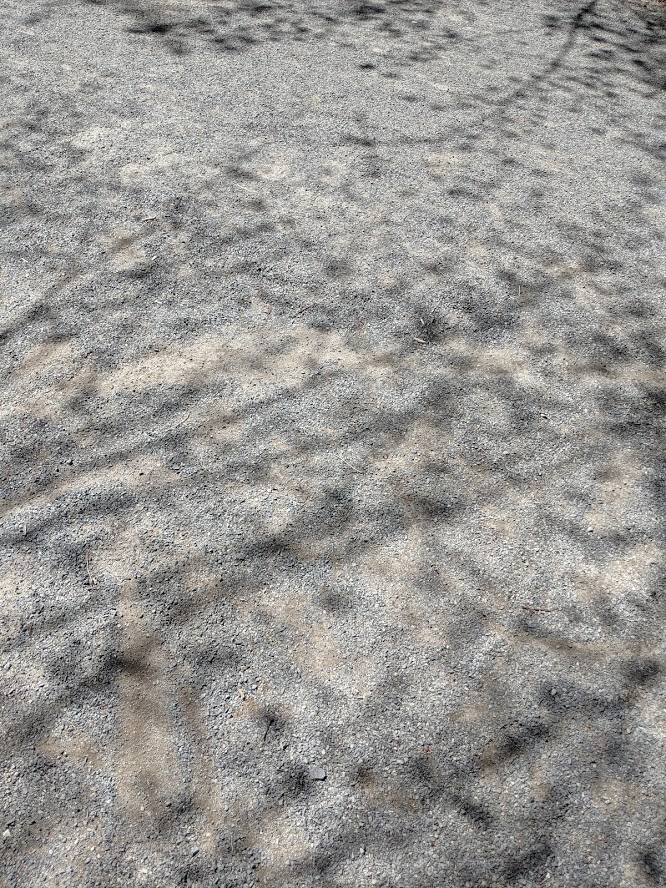 Not the answer you're looking for? Browse other questions tagged hybrid-bike trails or ask your own question.

6
Riding packed limestone trails on 700x23 ties
6
mountain bike vs. cyclocross bike
5
converting from MTB to hybrid, what should I consider
8
Hybrid or Road Bike?
3
Lycra and hybrid bicycle
3
What criteria should I be looking for in selecting a new hybrid bike model?
1
Is it harder to ride a comfort bike on a paved trail than a hybrid?
5
What happened to hardtails in the past 15 years?
15
Can I ride on the beach with 32c tires?
0
Do city bikes and hybrid bikes have different frame geometries that cause a performance difference?