I've disassembled my Reba fork (FS-REBA-RL-A6) and found a hole in the inner wall of the top tube, air-spring side leg. Doesn't look perfectly round to me, even though it can be an effect of a bit of grease remaining there. 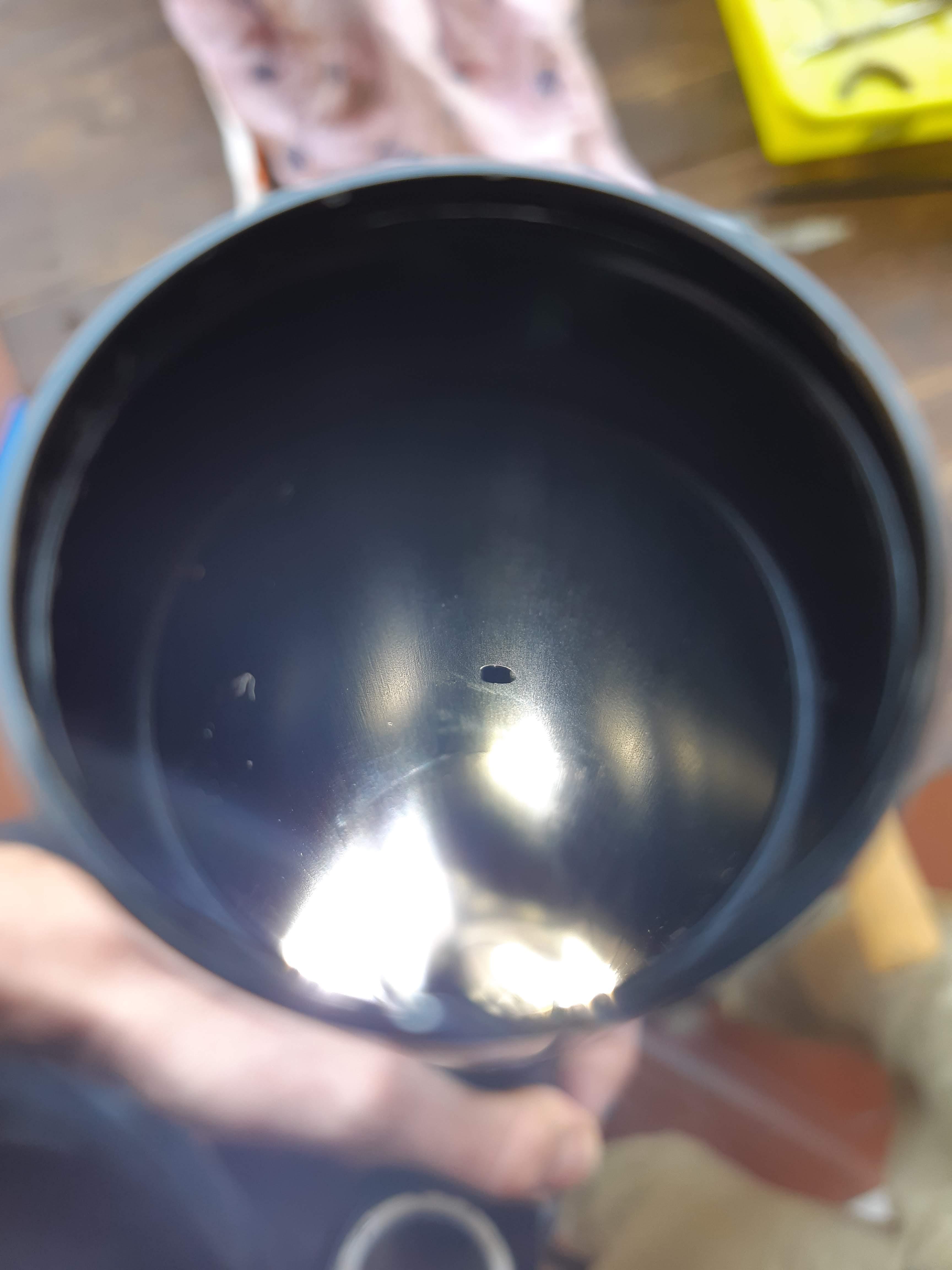 It's where my index finger is on the next pic, towards the bottom and a bit towards the front of the fork. Doesn't look aligned either, and I can't figure a reason for a hole being there... 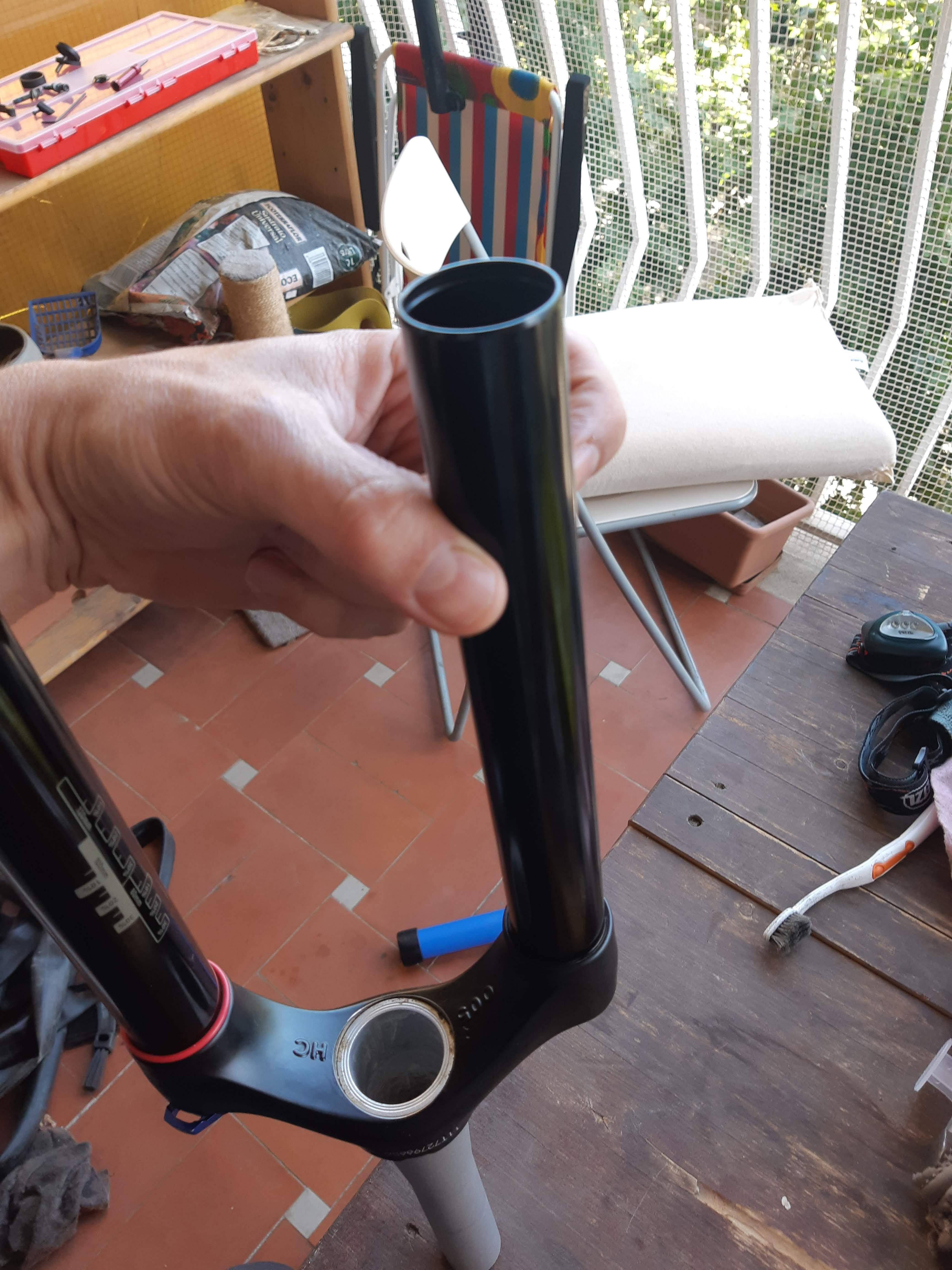 My question is: is it a manufacturing defect??

I've opened the fork because it suddenly sounded like popping, lost some air (it immediately smelled like rubber) and sagged quite a bit after a while.

Afterwards when I got home, I've also noticed the big wiper seal between upper and lower tubes popped out (maybe because of the pressure of the air that escaped the chamber?).

Thought a seal was broken but to my eye all was good inside (except for the hole!). Also, I was expecting some oil on the lower legs but there was only drips (and some butter grease). It was also very difficult to separate lower legs from top, even after some not-so-gentle taps on the screws...

Considering using my warranty. Thanks in advance!

Very very very rarely would one mistakenly drill a hole through the bottom part of a stanchion.

Now, your fork is a Rockshox one, right? If I recall correctly, some systems of RS forks (DebonAir, I think) automatically equalize pressures between the positive and the negative air springs after pumping up by cycling the fork through its travel. That hole is most likely an air port utilized for such systems. (RS forks used to have a feature to separately pump each air spring to your preference.)

If you're really that worried, you can contact Rockshox themselves and have them sort that out for you.

Not the answer you're looking for? Browse other questions tagged maintenance fork suspension or ask your own question.