Fill my Fox Shock with Air

When I go over a sidewalk, the marker ring on my shock goes all the way down the shock, so I think I need air.

I bought a Giant "shock pump" that supposedly goes up to 400 psi. I screwed it onto my read Fox Shock, on my 2019 Giant Trance 2. The gauge on the pump reads 0. Shouldn't it be reading some air pressure, if there was air in my shock?

Then I started giving it some pumps. It resisted quite a bit. One pump it went up to 50 psi on the gauge. 2 pumps and it went up to 100. Then I can pump all day and it won't move beyond 100.

I don't think air is actually going into the shock. Is there some trick to this? I read over the manual and it just tells me to fill it with air, but there are no specifics.

Screenshots of my attempt: 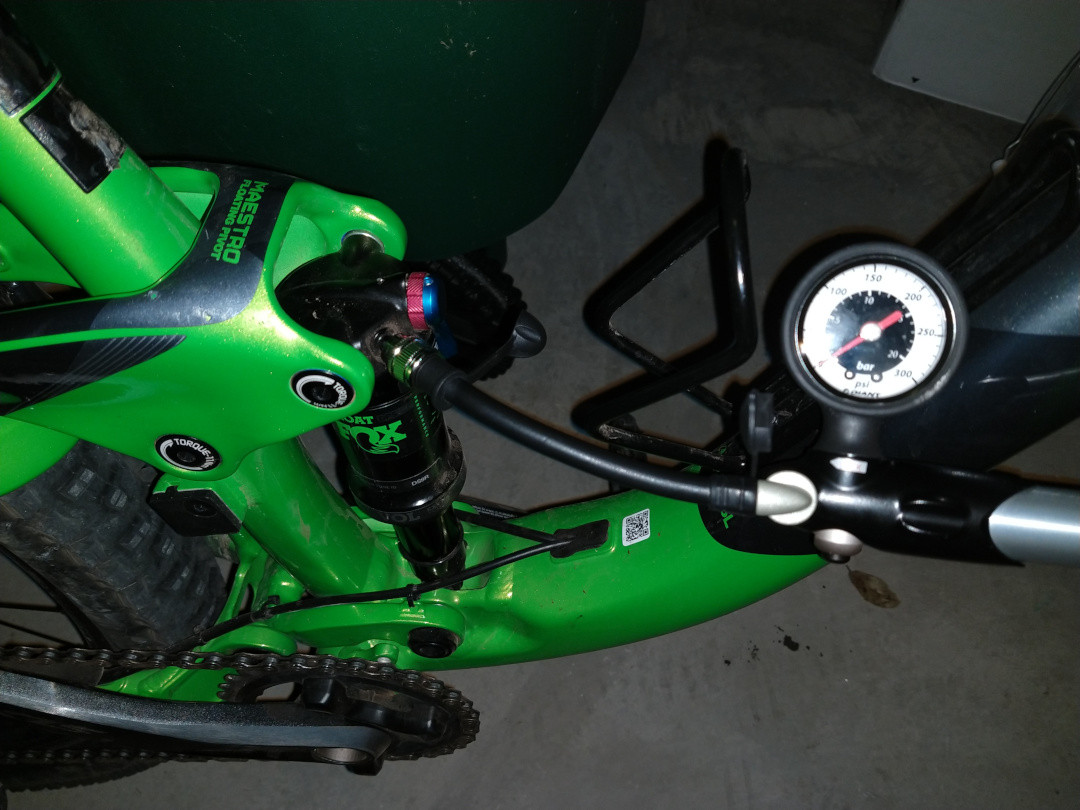 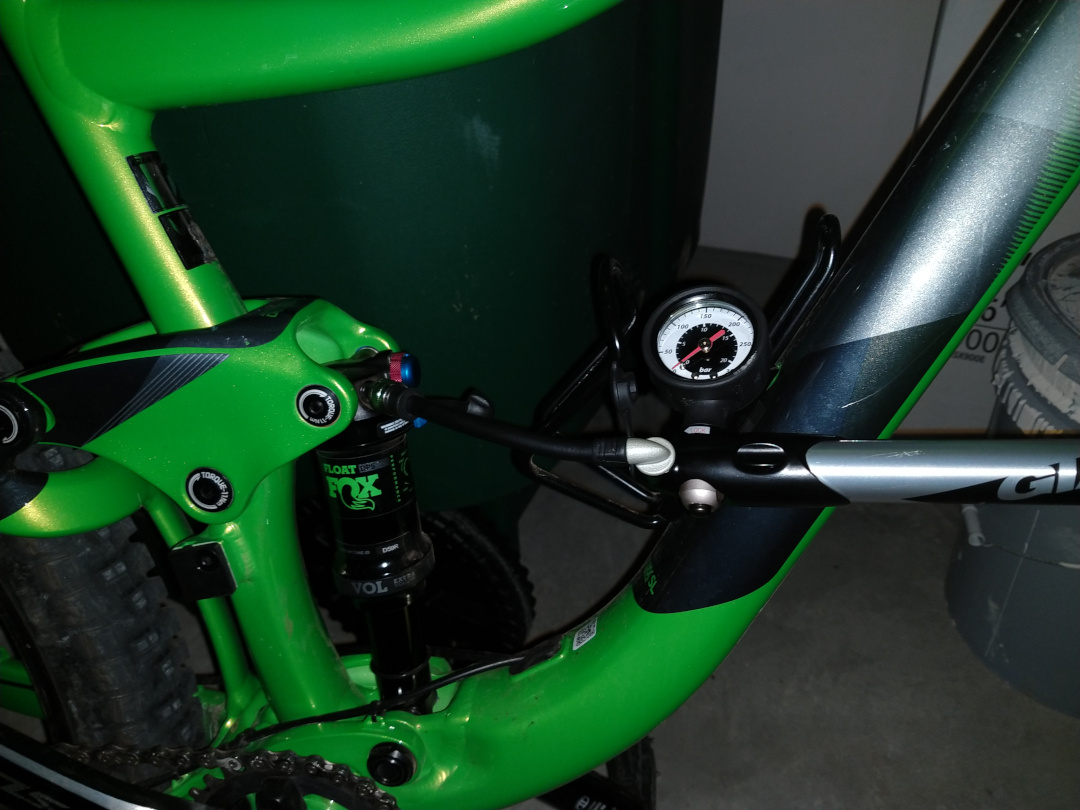 The blue thing is a 3 position lever, which controls how fast the air moves between the two chambers. Looking at it directly,

(There's a chance I have that backward. Test it out first)

So you need to set the lever to OPEN, and set the sag on your rear to about 25% when you're sitting still on the bike, with all your normal riding gear. This is easier with 2 people.

You can press the small black nubbin on your pump to release air from the shock. Its straight below your gauge in the first photo. A brief press should make a Hiss and allow air out.

Some shock pumps have a two-stage connector, where the first thread engages the outside of the schrader connector, and then the second slowly lowers a "presser" into the release in the middle of the valve. This is to minimise pressure loss when connecting and disconnecting the pump.

At this point you should be able to release air from the shock, and add more by pumping.

I can't find your pump model - the nearest Giant is https://www.giant-bicycles.com/nz/control-mini-shock-1 but that looks quite different.

The manual for your shock is at https://www.ridefox.com/dl/bike/605-00-139-FLOAT-DPS-Tuning-Guide-white-revB.pdf

Not the answer you're looking for? Browse other questions tagged pump shocks or ask your own question.

3
Air compressor to fill up to 60 PSI
12
How to inflate a tire with a Presta valve?
3
What type of valve do shock pumps use?
3
Fox Float RP2 rear shock problem - soft run and hiss sound on first 5-10% of travel
2
Fox Float RP2 shock tuning (rebound, compression/velocity, boost valve)
0
How much air pressure for dt swiss m3 shock
3
sram grip shifter to be fox CTD shock remote lever
4
Can I use any pump to fill up shock?
6
Floor pump blowing wet air?
4
Did I just ruined my rear shock? fox float :(