I was given a bicycle that's in need of some repairs. I replaced the worn brake pads, but the brake calipers don't really return to a position where they clear the wheels. I started looking for replacement springs or just to replace the entire unit. What do I need? I see what I assume are current alivio BR-T 4000 on ebay for $25, will these fit? 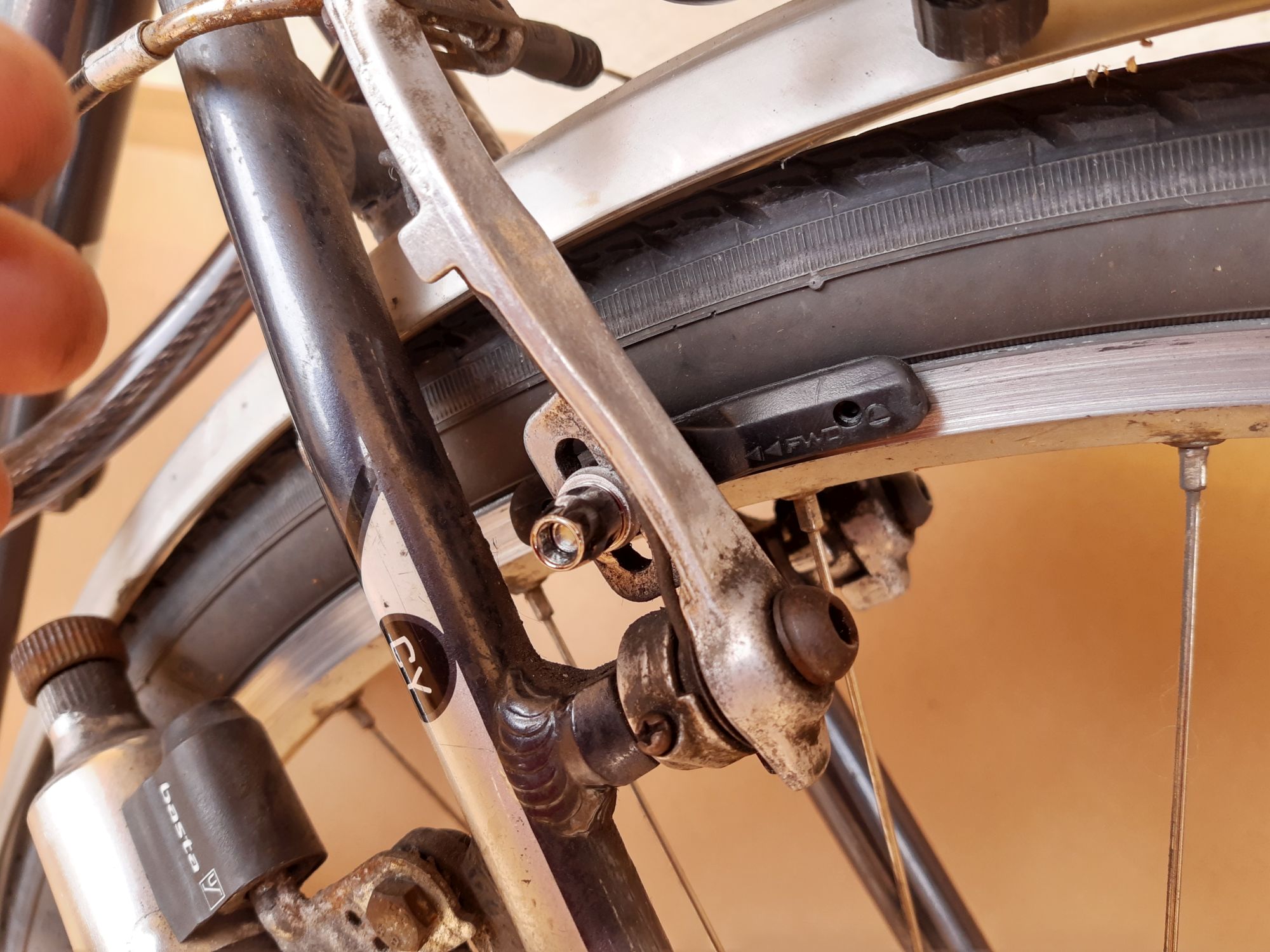 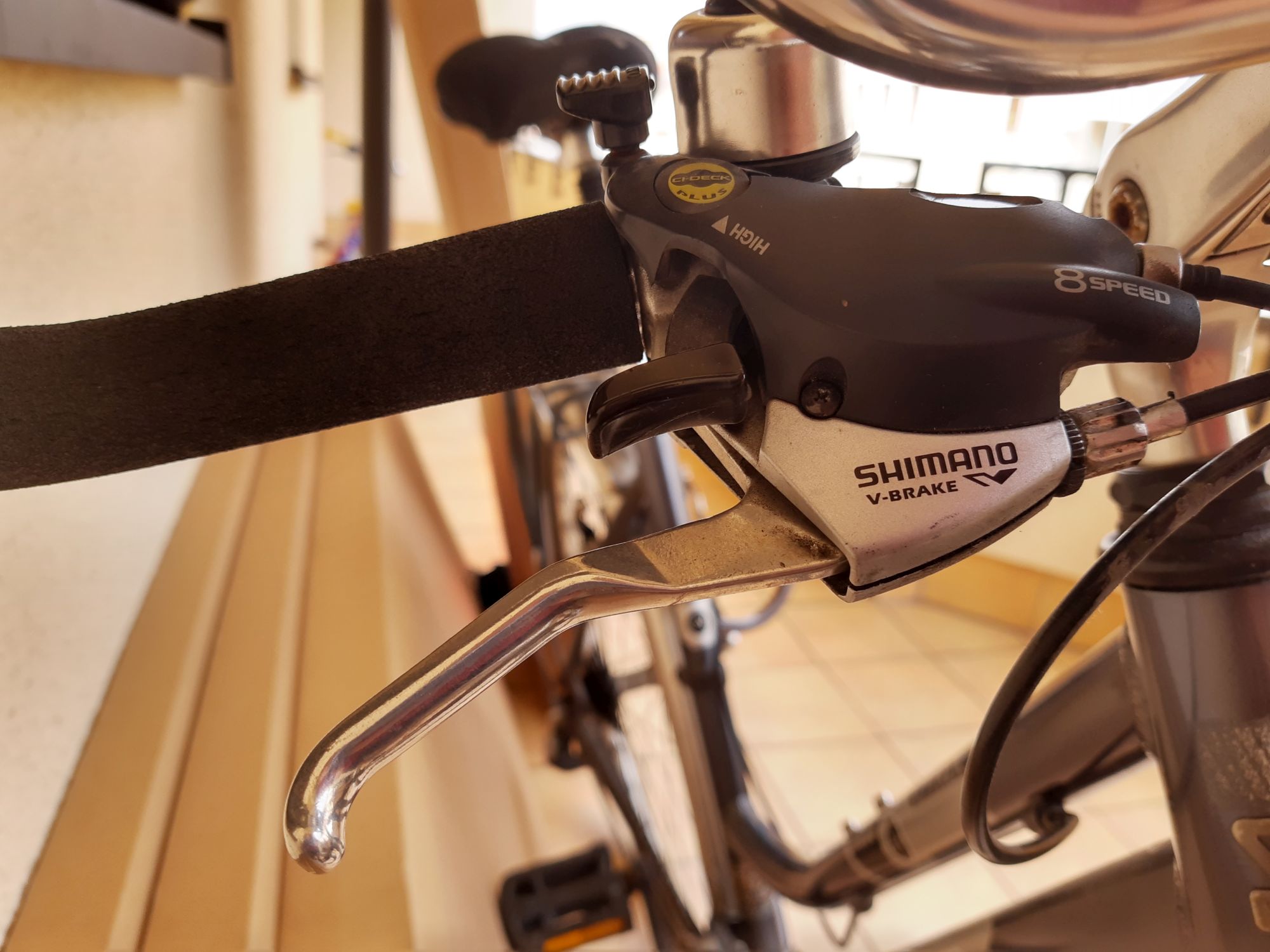 I'll also need a new chain and sprockets and derailleur. I haven't tried the gear shifts much, but I suspect they are due for replacement also.

Before you replace the components, I would try fixing them up.

First, identify where the problem is: 1) disconnect the brake cable from the brakes. Do they spring back now? If so, the resistance is in the cable and housing. Figure out which part of the housing is causing the resistance and lube it. If the cable is rusted or frayed at all, replace it. That's much cheaper than replacing the brakes, which look fine in the photos

2) If it's not the cable, remove the wheel and see if the brakes spring back in the absence of the wheel. In the photo, it looks like the pads might be set high enough that they are catching on the edge of the tire. If they spring fine without the wheel in place, try setting the pad just a tiny bit lower so as to not catch on the tire.(You can probably tell whether it's catching on the tire without actually removing the wheel, but you can tell for certain by taking the wheel off.)

3) Pretty much the same logic applies to the derailleur. It looks fine, so try cleaning/replacing the cable and housing first, then adjust it properly, and I expect it will work fine.

On the other hand, replacing the chain and sprockets might be a good idea if they are worn. But first I'd lube the chain and check it for "stretch" and also whether it slips at all on the cogs, which would be an indication of wear. If not, you might be able to ride it for awhile before you invest in the new chain and cogs.

The problem may lie in the brake cable or housing being sticky as Andrew points out in his answer.

If the brake caliper pivots themselves are sticky, it's a fairly easy process to service the pivots. Just remove the pivot bolt, clean with degreaser, regrease and reinstall.

You can also adjust the spring tension to center the calipers and add more return force (The adjustment is the little screw on the outside of the caliper near the pivot.)