I need some help identifying my new project. I would like to get new decals for it.

Only 'CICL' left on headbadge, can't figure out what's left on the down tube.

What's your best guess? Ane suggestion is it is a Vanni Losa frame. 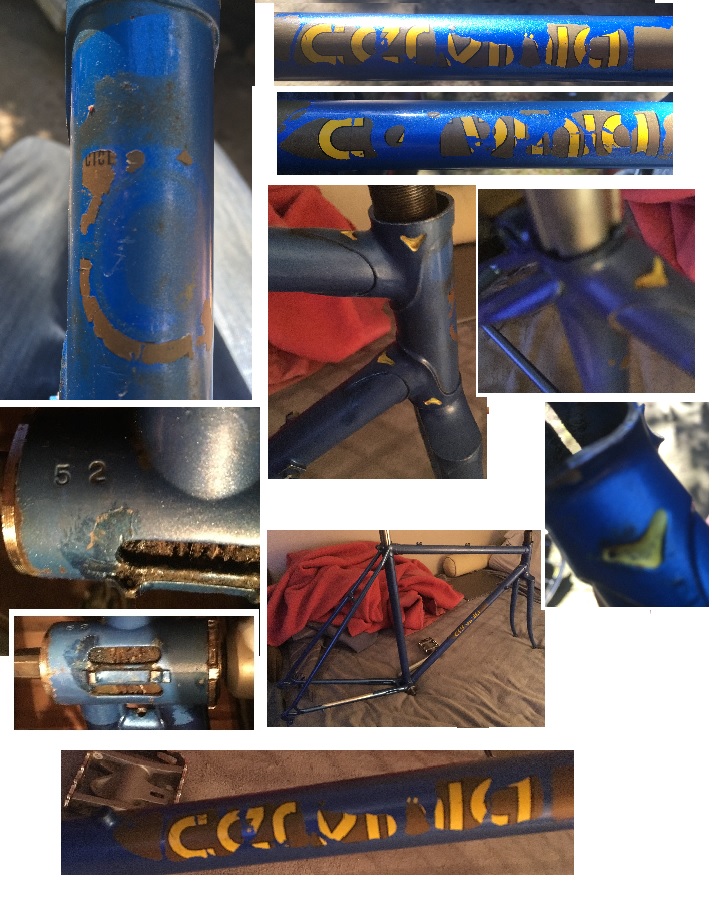 This is a bad answer and is only here to share progress so far, and hopefully inspire an answer from someone else.

First up "cicle" is Catalan for "cycle" so that definitely points at a European basis. We don't know if that sticker is from the manufacturer or a retailer that sold the bike, but the easternmost part of Spain is where Catalan is spoken.

By combining the three images of the logo, I get this composite:

Which doesn't look like anything. Googling shows no ligatures that are a combination of C and Z, but does hint that https://en.wikipedia.org/wiki/%C3%87 may fit.

The V is too wide and the H is too narrow and character 6 isn't anything recognisable - Russian has a backward R (Яя) but its capitalised not lowercase.

Go back to Catalan though, and there are "dz" and "dʒ" as consonants , from https://en.wikipedia.org/wiki/Catalan_language#Phonology

Your idea of Losa is certainly possible. Here's an image of the fork crown, inside fork leg, and head tube of a known Losa frame. From http://go-mamil.bike/losa-background 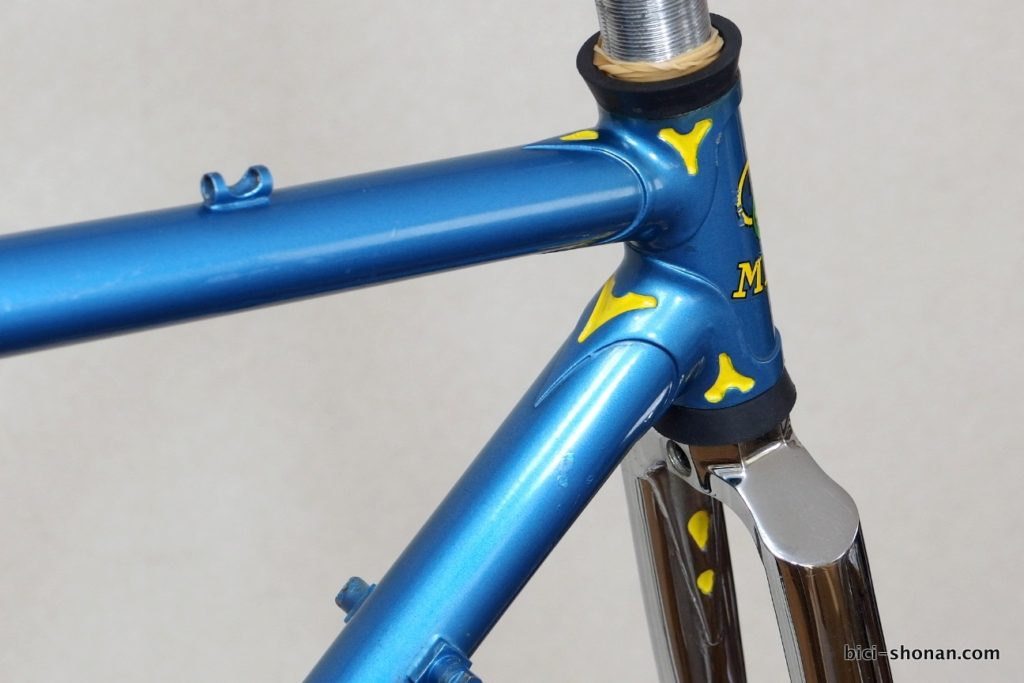 Similar but different, and the fork doesn't have the "chevrons" on the inside, which are V for Vanni according to that link above.

Vanni Losa was an artisan framebuilder who built many frames for other brands - so anything's possible.

A frame number of 52 on the BB definitely implies a low-throughput framebuilder - German Tank theory suggests a total output of ~104 bikes.