Ask Question
Asked 8 months ago
Active 3 months ago
Viewed 310 times
-2
Closed. This question needs to be more focused. It is not currently accepting answers.

Edit:
Adding another layer was useless, increased rolling resistance and XPS was squashed. Changed then to slider cut from old narow tyre, but best experience was changing back tyre to 623x23c - worth one in tests, but 15-20min. less while commuting 20km, front change did not changed commute time then, but felt it rides easier and heard absolute no noise.

Worst problem is tyre wall mass - it is deformed every time while rolling and resistance probably depends most on periphery of contact area and width around periphery and width of side wall.

Thinking about new improvement - was not able to Google it. After puncture last week though about something to prevent next and if possible improve rolling resistance or comfort. So bought XPS Polystyrene in hobby market (5tons/m2 resistance, 3mm thickness) cut 2 layers from and place them between tire and tube. What do you think, is it a good idea for better puncture proof, rolling resistance or comfort ? After 40km today would tell, rolling resistance a bit higher, a bit more comfortable and hope better punture proof at least ;-) From older experiments know, there is a big difference in resistance depending on thickness of tire (or tube too ?) and pressure.

Edited: Ok, I experienced repeatedly punctures after 1st relatively small damage or small cut(?) in tire. But I am not sure, if it is a good idea to put something between - in case it will need to bend in that wider area, it will definitely increase resistance, but it looks like tire changed profile so not sure, also not sure what to use for it - example 5 tons/square meter is similar to 50kPa - deformation could be too big. I know there are puncture proof specials, but it is hard to get quickly. My subjective feeling after 40km is it increased comfort - similar like my gel seat also lock do not buzz so much as before on rough asfalt. So my question is - what do you think about this and would you suggest do the same with front tire or increase layers number of one or both ? Btw found some comparison, best tire (tube-less) had only 7W resistance and worth in that test almost 30. But suppose it should be very easy to compare by consumption of electric bike, same place & speed, but my is mechanical only.

For illustration including both tires photo - front original, back with 6mm XPS inside - looks straighter. 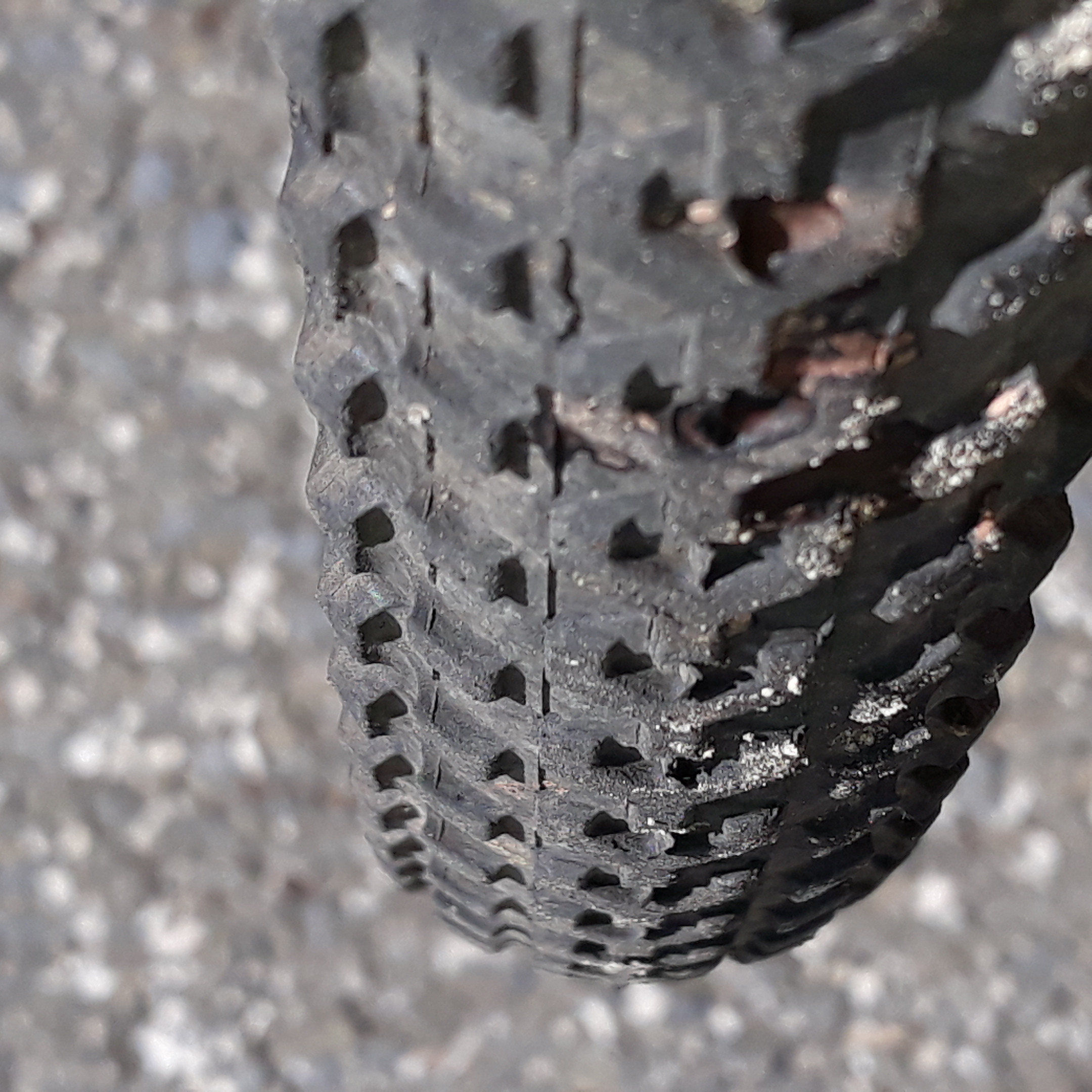 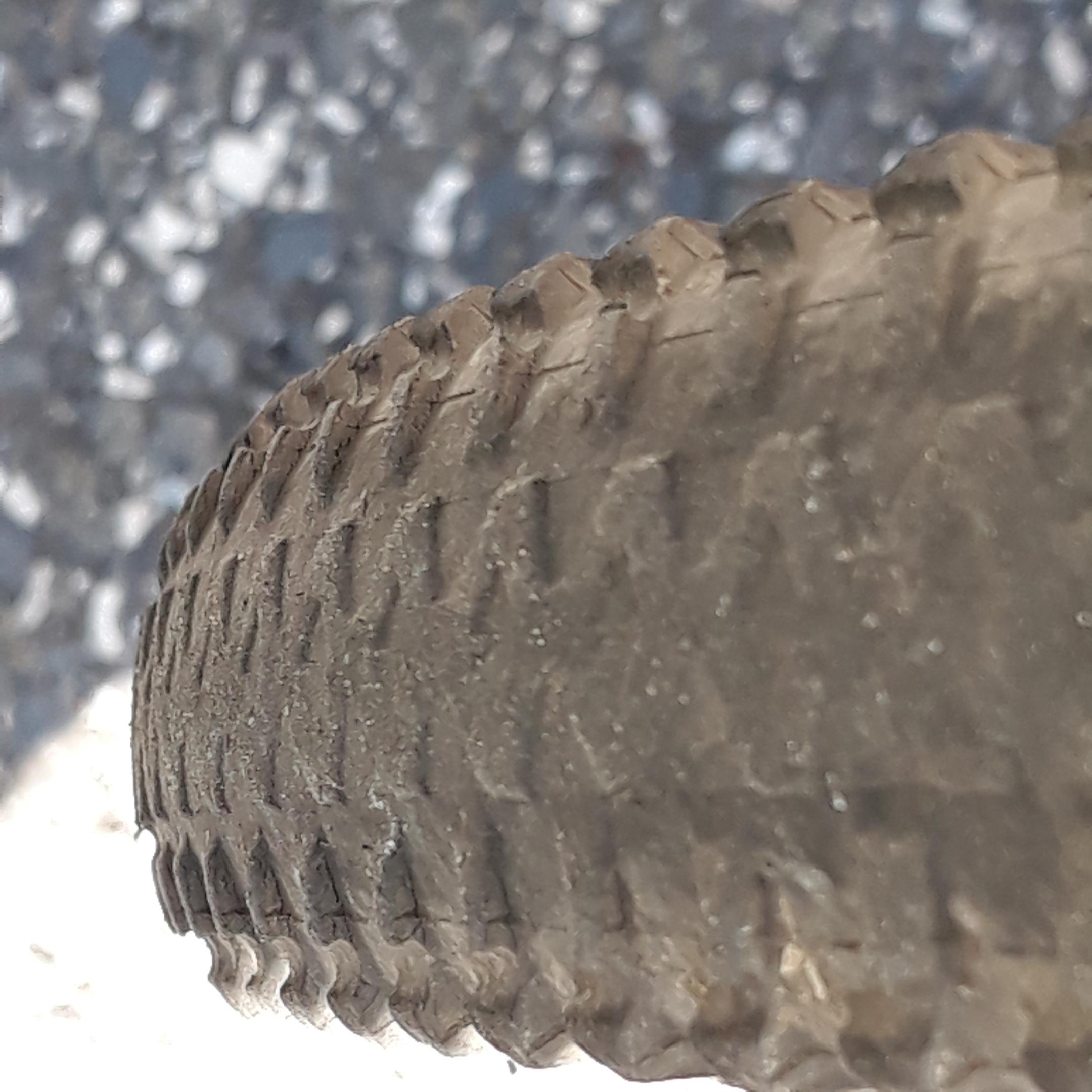 I've tried to read your post carefully. My understanding is that your question is:

is it (a plastic barrier between the tube and tire) a good idea for better puncture proof, rolling resistance or comfort ?

The puncture proof part is such a good idea that it has been done.

As one example Rhinodillos has a line of tire liners that do what you describe (not an endorsement). Link to a review of tire liner types at biketestreviews.com
I have not seen any scientific testing that confirms tire liners will improve rolling resistance or comfort.

Just because this idea has been done don't be discouraged, keep having ideas and following up on them. Sometimes it seems like everything has been tried for bicycles but I believe there is still room for ideas.

Not the answer you're looking for? Browse other questions tagged tire innertube theoretical or ask your own question.

3
Do tube protectors increase rolling resistance or just add weight?
9
Is there a way to completely deflate a tube?
0
Twisted front tyre
2
Why the narrow wheels on comfort bikes?
9
Is this a puncture protection thing?
9
Schwalbe Marathon Plus recurring puncture - options?
13
Why does my inner tube have brown liquid inside? Now with internal photo
2
New puncture resistant tires punctured after 2 min ride
3
Bump on tire near valve after tube replacement
3
Tube is abraded in tire