Ask Question
Asked 7 months ago
Active 6 months ago
Viewed 88 times
-3
This question already has answers here:
How can I tell what year my bike was made? (9 answers)
Why shouldn't I care what model/make/year my bicycle is? (4 answers)
Closed 7 months ago. 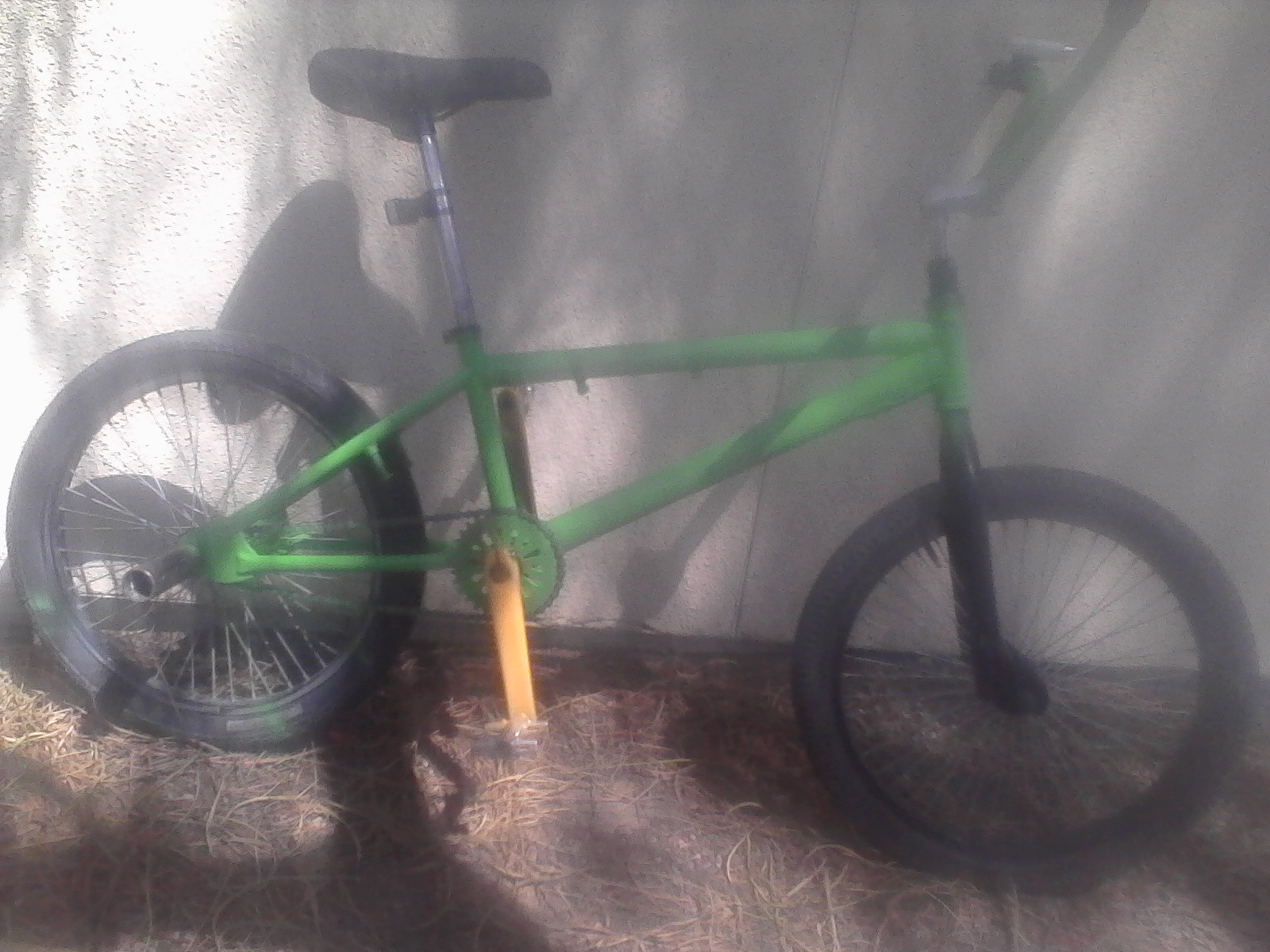 Looks like it originally had a back brake, but that has been stripped off. The rider is/was too big and the saddle is far too high, resulting in a lot of leverage on the seat post which is showing a bend to the rear. The bars are also tilted forward like a fat-man's belt buckle because the bike was far too small for its rider.

The high spoke count wheels look flashy but will work fine, but this was never a racing BMX. The pegs on the back suggest it was built for and intended for slow speed stunts. Whether it was used like that, who knows.

The small chainring implies its a somewhat modern transmission, so likely this century at a guess.

That green paint job looks like a home spray with a rattlecan. You may be able to wipe the paint off with thinners to restore its factory paint/decals if they're still underneath.

18
How can I tell what year my bike was made?
24
Why shouldn't I care what model/make/year my bicycle is?

0
Do I have a genuine GT frame, even though it's not engraved or stamped with the GT logo?
1
Would like to find out what is the brand of this bike I am rebuilding?
0
I don't know what kind of bike this is. I need the name of this frame before I trade somebody
0
Need to identify this Frame Please
0
What kind/model is this frame?
0
What kind of bike do I have, “manufacturer/model”