How do you keep your chain out of the muck when re-waxing it?

I've been using this colander: 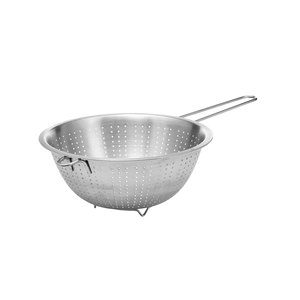 There's an unperforated section around where it bends at the bottom.

At first I had it in the bottom of my crock pot and noticed there was about 3cm depth of stuff that looked like black miso soup that my chain was sitting in.

I raised the colander up by ~4cm and it's not swimming in gunk, but there's a definite residue of the stuff in the bottom of the colander where the chain sits.

The chain came out covered with wax that was a little grey when wiped off.

I'm considering using this strainer next: 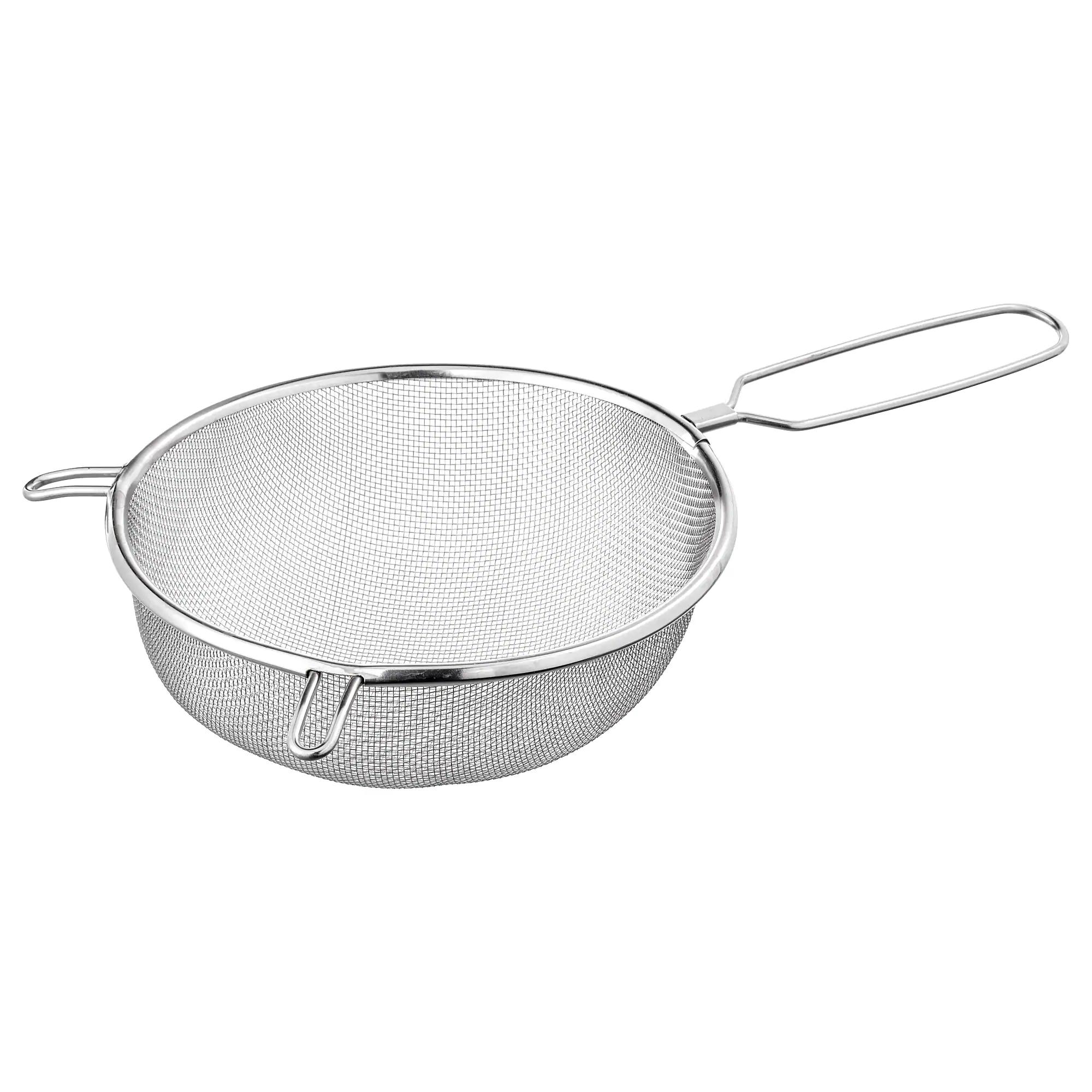 Would a strainer allow hot wax to circulate around the chain but not let dirt settle in the bottom?

I previously tried plant pots but the plastic became so soft during soaking that I couldn't easily remove the chain without stirring up the sediment.

Is there a better way I could keep the chain and the muck separate from each other while it's soaking?

Once you have fully de-greased and waxed the chain, most suggest that you can simply re-dip the chain in melted paraffin to re-wax, but as you have found out this can leave small particles in the bottom of the slow cooker.

Personally, I just keep a small circular mesh steel plate at the bottom of the slow cooker to keep the chain out of the debris when re-waxing. Then every so often I like to remove the debris from the wax.

Removing debris from the wax

While the wax is liquid in the slow cooker I will pour off wax into a container (usually old yogurt container that has been cleaned). Because it takes time for wax to cool and harden, typically the debris first settle to the bottom prior to the wax hardening.

Once the wax has hardened I will heat up the outside of the container (e.g., boiling water) to loosen the adhesion of the solid wax to the container so I can get the wax out as one solid chunk. The debris will then be at one end of solid wax piece, making it easy to cut off the wax with the debris.

With the debris removed, I will remelt the remainder of the wax and reuse.

Once a chain has been de-greased and waxed, it is much easier to clean than a regular chain that has been lubed with oil. As such, cleaning the chain before re-waxing can ensure you wax stays cleaner for longer before having to deal with debris build up.

There are two main approaches that I know about:

Both approaches are water based (i.e., aqueous) cleaning solutions as such please ensure your chain has had time to dry before attempting to re-wax. When dealing with boiling water, ensure you use heavy duty gloves to prevent burns.

I use two slow cookers / crock pots to reduce the accumulated gunk in the wax (can get cheap ones for less than £10 in the UK). Quick wipe with damp cloth to remove external dirt, then a good soak and swirl in "pot 1", which seems to "clean" the chain, then let the liquid wax run off the chain, before into "pot 2" for the final wax application. You can visibly see the difference in retained dirt between the two batches of wax, once the wax has cooled and hardened in the pots.

Not the answer you're looking for? Browse other questions tagged lubricant or ask your own question.

8
Beyond the chain, what other parts of the bike do I need to lubricate, and how?
8
Chain Lube Compatibility?
4
Can I use silicon spray to lubricate my hybrid cycle chain?
3
Lubed Chain getting temporarily seized
2
Chain lube clean like wax but last like oil?
7
Chain Wax Consistency
0
Clearing excess wax from chain links
4
Ultrasonic cleaner power requirements, for cleaning chains before waxing
10
Lithium fat for bicycle chain?