Help please - I am suspicious this bike might be stolen

I recently got this Btwin Triban 3 bike from a person I definately trust. He said they have had it for a couple of years but don't use it anymore and originally got it from a family member a while ago. Also it needs work (flat tyres, rusty chain e.t.c so it's not really rideable). However I noticed that the sticker on the bottom that all btwins have has been scratched by probably a coin, where the number/code is found which to me seems suspicious. Also, I checked the serial number which is stamped into the frame on www.checkthatbike.co.uk and the results "couldn't find any identification the bike is stolen". On that basis, If I decide to sell it would that be ok and would I have to take anything else into consideration? Many thanks in advance 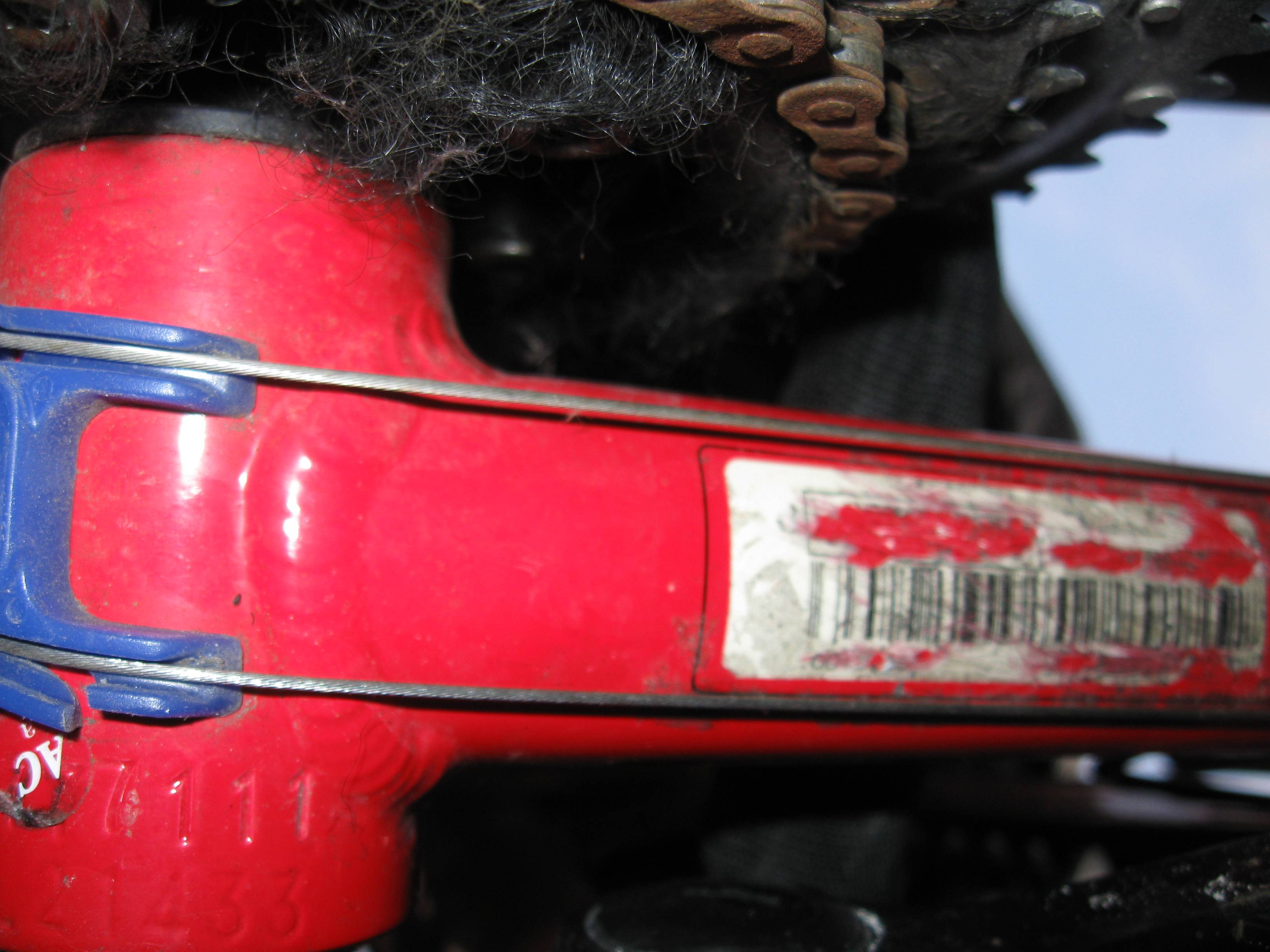 No one can ever be certain a bike has not been stolen, unless they bought it from the shop. Not all stolen bikes are reported, and not all owners of reported stolen bikes know the serial number (many would struggle to remember the colour, let along make and model). I cannot comment on how diligent the authorities are in you location at loading the serial numbers into the database if they are provided, but in most jurisdictions, bicycle theft is not placed particularly high on the 'worst crimes' lists.

The database miss, intact serial numbers and the history you have been told, give you reasonable grounds to believe you have legal rights over the bike and are free to with it what you like. Should it turn out to be stolen, you would forfeit the bike, but it would be unlikely further action would be taken against you (depending how cooperative you were feeling). (Where I live the Police seem to drive around to the thiefs house, pick up the bike and call it a good days work. I suppose if they keep tabs on the crooks rather than shutting them down, they know where they can go to collect peoples stolen bikes).

Morally you have done everything practical to ascertain its not a stolen bike, nothing more can be done.

As far as the bar code - looks to me like the damage is simply the cables rubbing - maybe in a carrier or work stand, or maybe when the bike was being washed. Personally I take those things off, even though you don't see them, they look cheap and ugly. The state of the label is absolutely nothing to be worried about.

There is another site you can run the serial number from bottom bracket to check if it was reported stolen....https://bikeindex.org/serials

btwin is a decathlon brand - you could try registering the 30 digit serial number at https://www.decathlon.co.uk/register-your-bike.html Given the length, its probably the barcode number, not the one stamped on the BB shell.

Downside, it requires a "decathlon account" as well, and may not work if the bike has been registered to a previous owner.

0
Electronic gears, how do they work?