Apparently "Shiner Bock" is a brand of beer, and they don't make bikes. You're looking at a promotional bicycle. Here's a description found.

Shiner Bock produced to support the LiveStrong foundation. Only 300 were produced. They were used in displays in stores. Has all Shimano hardware, like shifters, gears, brakes, etc. Omni shock front forks. Has Shiner Bock logo on drop bar, "Brewed with an attitude" on top bar, and the signature ram on the front. 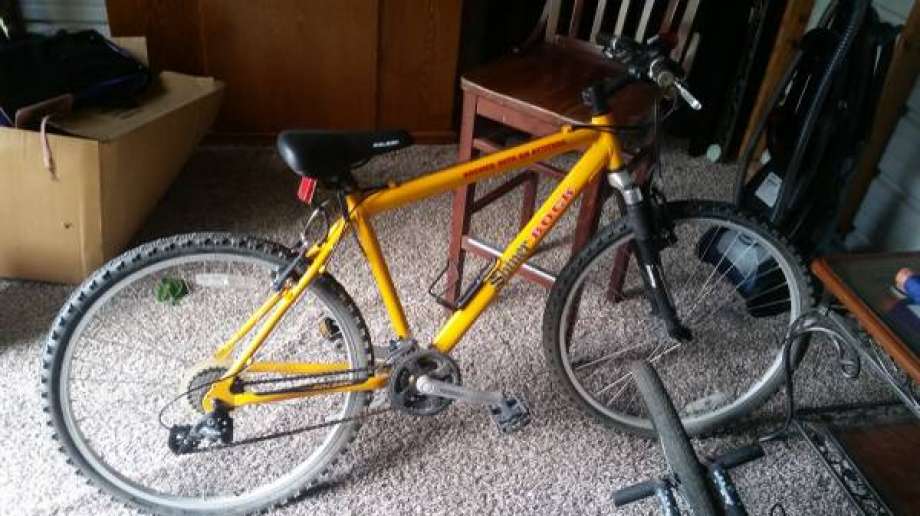 The bike has nothing to do with the annual Shiner GASP 100 mile mostly-road ride.

The bike pre-dates January 2007, based on https://www.flickr.com/photos/blondeamazon/359107170/in/photostream/

Further relevant photos from that stream: 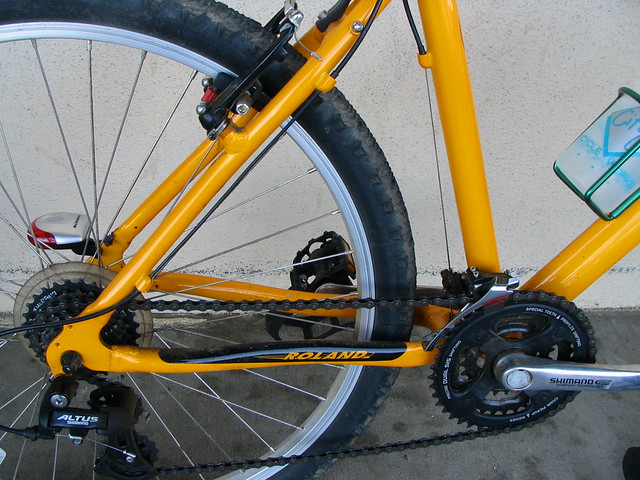 You can clearly read the maker's name "ROLAND" on the chain stay. 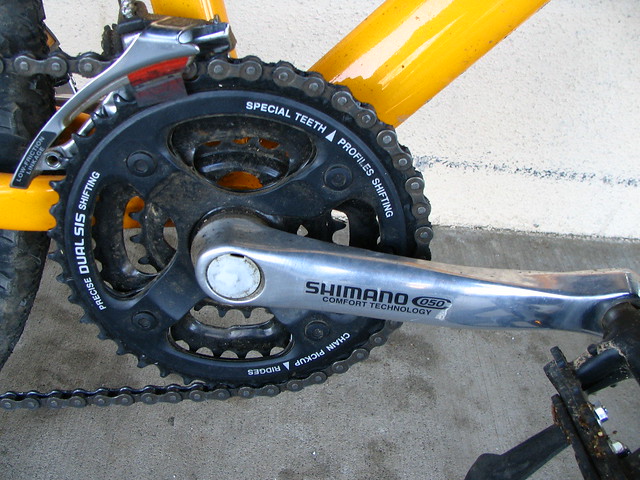 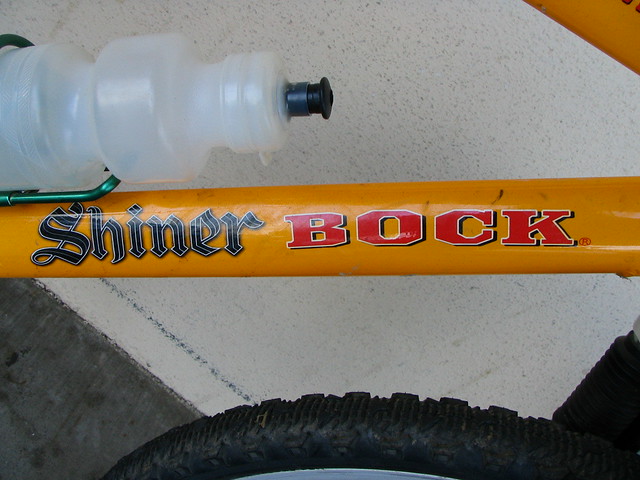 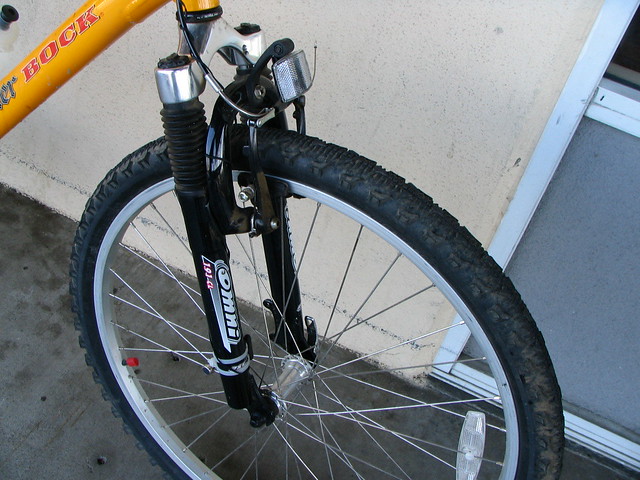 Front suspension has boots on the stanchions. Clearly indicative of a 90s or early 2000s MTB. OMNI forks are not exactly high-end. 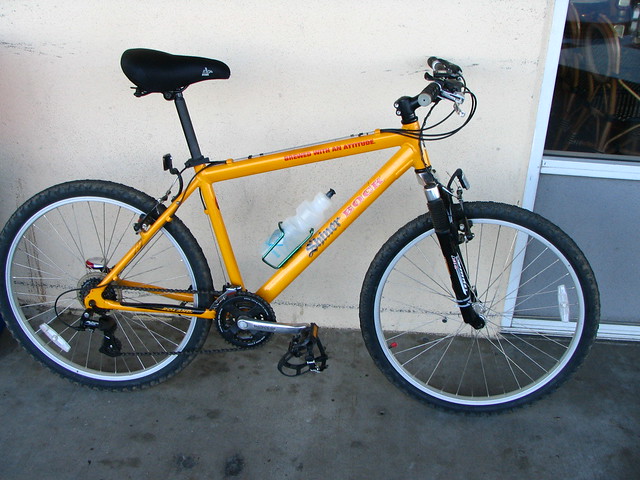 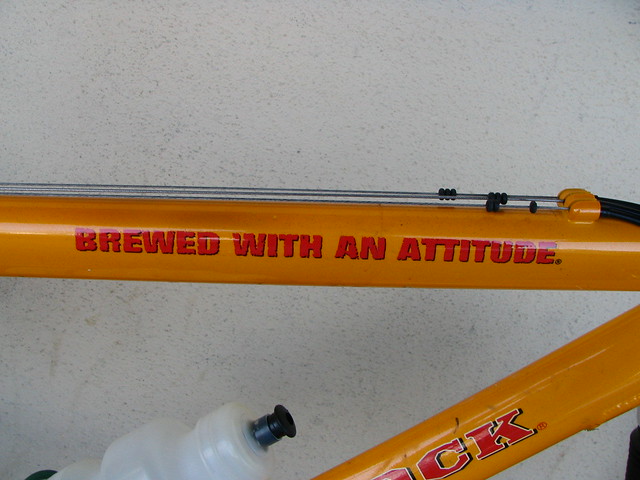 Looks like the Livestrong foundation and Shiner Beer were connected for the 2006 year, according to https://www.bizjournals.com/austin/stories/2006/04/17/tidbits1.html and in 2009 that Texan took a sponsorship deal from Michelob, a Belgian brewer.

29
Why shouldn't I care what model/make/year my bicycle is?
19
How can I tell what year my bike was made?

1
Help in identifying Fuji Suncrest bike based on serial number
0
can someone identify the year this bike was built?
1
What frame does my mountain bike have?
1
I'm trying to find what model my Bianchi is
2
Can anyone tell me the specific year and model of this Benotto bike?