Tightening steerer expander/compressor and spacer positions with a carbon fork

I had ugly clicking noises coming from the headset before and after a warranty exchange of a fork (the reason for the exchange was on the other end). I have identified the clicking as coming from the interface of the top cap and the stem. I tried screwing the top cap more and less before tightening the stem but it did not help. 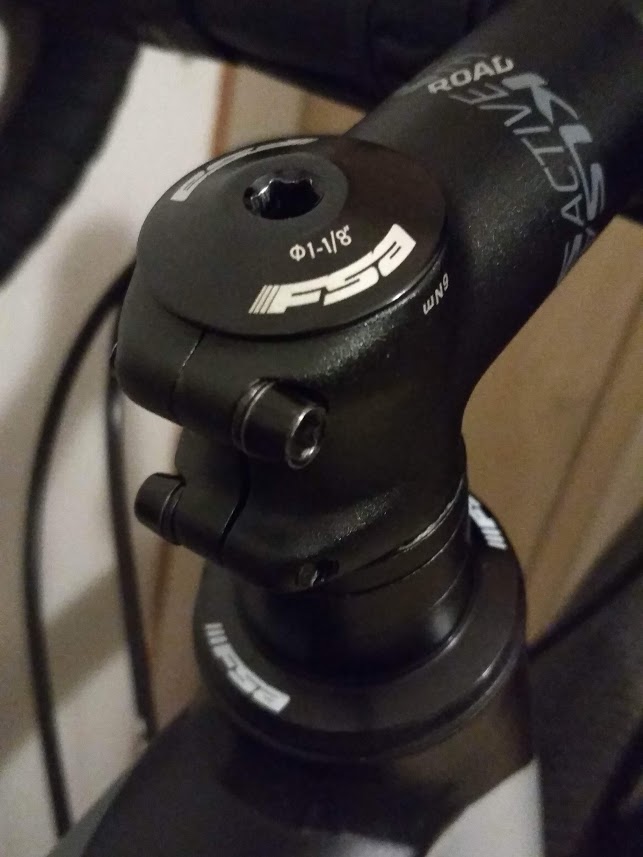 Then, after long searching, I found out at some forum that it could be the loose expander plug. Indeed, when I opened the top cap the bolt below was completely loose. Tightening it very slightly removed the ugly noise. As you can see in the picture the the sides of the stem are still touching at the upper pinch bolt.

Now the question if it is the compressor bolt (no. 6 in the manual) that should be tightened to 6-9 Nm according to https://shop.fullspeedahead.com/en/files/index/download/id/90c31726193366031700722438038db1319/ , how is it possible that it was completely loose? Is it prone to get undone or was it an assembly mistake? Could it damage the carbon steerer when the stem is tightened on an uncompressed steerer? Is it safe for me now to just tighten the bolt, install the cap and mount the stem? I am not sure I trust the bike shop with this anymore, although it is a large company that publishes their own maintenance videos.

Another point is that the referenced manual recommends a 2 mm spacer above the stem. There is no such spacer in my setup, nor there is one in other pictures of bikes of the same manufacturer. There is a 4 mm spacer below the stem. Should I move it above the stem? Is it connected with the fact that the there is no gap now at the upper pinch bolt?

A secondary issue: The photograph of a higher end model shows a rubber dust cover over the top cap. I do not remember having such a piece on my bike, I only remember the cap was very loose once soon after the purchase. Is it important for keeping the dust out of the headset? Under which name can it be bought? If it cannot, I would just put a tape over the opening.

how is it possible that it was completely loose?

It's impossible to tell. Since the compression plug really doesn't do anything other than hold the stem in place until the stem's pinch bolts are tightened (it's the stem's pinch bolts that hold a bicycle's fork in place), it's likely that the compression plug wasn't assembled with sufficient torque to remain tight. Given you stated, "I only remember the cap was very loose once soon after the purchase." I'd say that's a very likely cause, although it's really impossible to know for sure.

Another point is that the referenced manual recommends a 2 mm spacer above the stem. There is no such spacer in my setup, nor there is one in other pictures of bikes of the same manufacturer. There is a 4 mm spacer below the stem. Should I move it above the stem? Is it connected with the fact that the there is no gap now at the upper pinch bolt?

From the looks of your stem, if the steer tube has been cut so that it's only a mm or two short of the top of your stem, you should be fine.

But take the cap off and look, because it seems as if whoever assembled your bike didn't properly torque the stem cap and may not have put the dust cap in place.

If the steer tube is cut so the it ends below the level of the top bolt, I'd definitely say you need to remove the spacer from underneath the stem and lower the stem. I personally would lower the stem if the steer tube doesn't clearly extend past the level of the top edge of the top pinch bolt so that it's very close to the top edge of the stem clamp itself. A steer tube that long means the pressure from the top pinch bolt can't collapse the stem's clamp. (Well, without the pressure being enough to collapse the steer tube too - don't overtorque it!) But I've seen steer tubes cut a bit shorter than that and not present any problems.

You may have to loosen the stem's pinch bolts to get the stem cap off to look.

Is [the dust cap] important for keeping the dust out of the headset?

No. It just keeps debris/dirt out of the hex head. The cap and bolt will keep dust out of the headset. (Or not - the gaps necessary to allow the fork to rotate will allow dust/dirt in to some degree in any case.)

Not the answer you're looking for? Browse other questions tagged carbon headset stem steerer or ask your own question.

10
Is it safe to use a spacer that reaches above the steerer tube?
2
Can't adjust headset correctly
2
Removing top cap and stem from Acros headset?
2
Noticed a scratch on my carbon steerer, should I be worried?
0
Why does my stem have no bolts?
5
Is my carbon fork steerer tube damaged by overtightened stem bolts
2
Carbon steerer with expander plug under the stem, should I be worried?
7
Gap in headset dust cover--what am I missing?
3
Stuck Compression Plug and Top Cap Screw
4
Road bike headset: the spacer above the stem can rotate but not the ones below, is it wrong?