The fork of the bike I bought used - a Fox F120RL (installed on a 2011 Trek Fuel 8 EX) has started leaking a weird see-through fluid from the side where you adjust compression and rebound. Does anyone know what happened or what is leaking? Is it worthwhile fixing? Have I been scammed? What even is that fluid? (Pics in the end of the post)

The full story:
Recently I bought an amazing-feeling 2011 Trek Fuel 8 EX (second hand, of course). After a couple days I significantly lowered the pressure on the fork and rear shock and achieved that perfect feel (15-25% sag). The bike could clear a small speed bump without feeling anything - true magic.

But after I made my first ride on a rocky trail with the new sag and air pressure settings, I noticed black oil on the front of the fork. Being naive, I thought this is just a bad seal and temporarily made the decision to turn the compression up to the maximum. After that, I took my bike home and stopped using it until I can take it to get the fork rebuilt.

Today I woke up to a weird smell and a pool of clear fluid on the floor. It is on the the right side, opposite to where the hydraulic disc brake is mounted. I have never seen any fork leak this badly before. If I turn the compression it makes bump noises and it maybe losing air pressure...

side view of the leaking fork. the "dirt" on it, is oil from a previous ride. notice the fluid leaking down the leg: 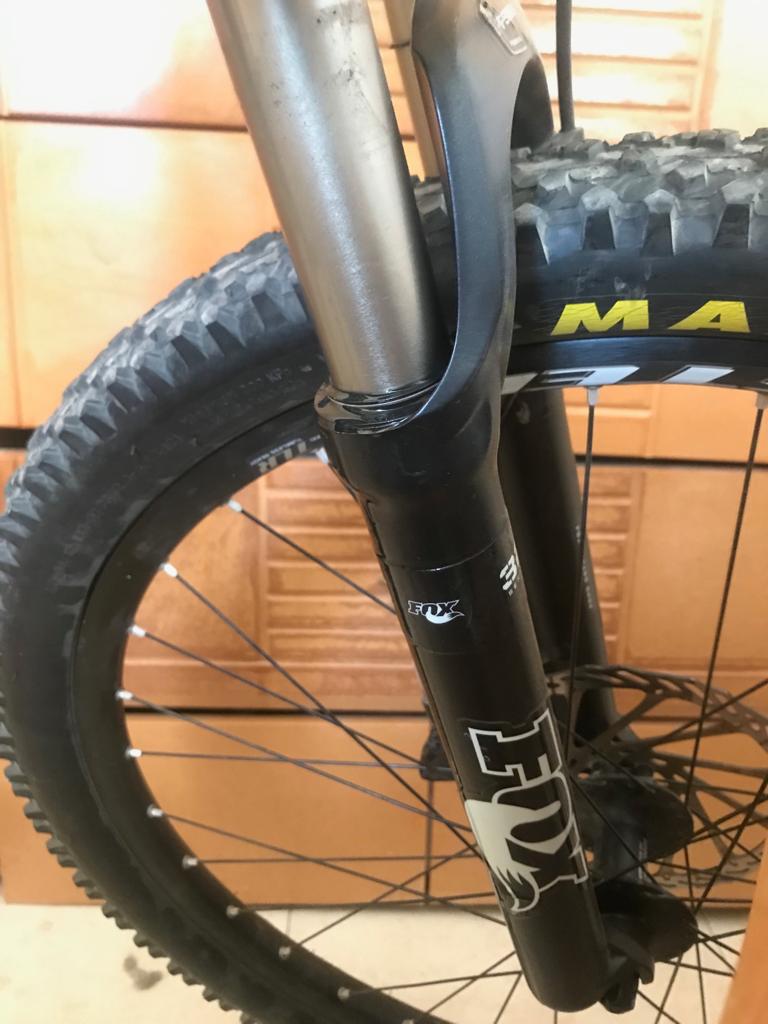 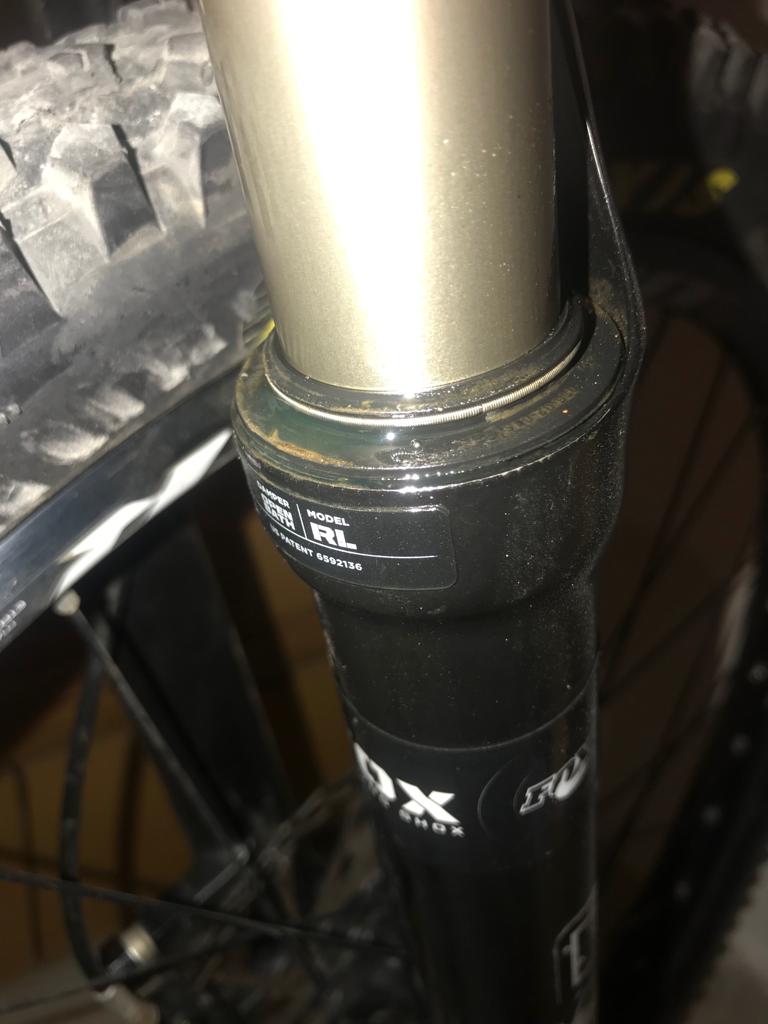 Sounds like the internal air seals are leaking. This pushes the fluid up and out the upper seals.

The F120's Air forks should be serviced every 50 hours (similar to all quality forks) , with a full service every hundred hours of riding. Its entirelyt possible its never been serviced. If the fork has not been used in a while, again, possible with a used fork, when you start to use it the seals and go suddenly.

Check the stanchions - those Fox were prone to wearing the inside of the right stanchion, just above the seal. If the stanchions are worn a repair is uneconomic, otherwise its a run of the mill fork service (Typically $US100-$US150, but pricing depends very much where in the world you live. If you want to save money and do it yourself there is plenty of detailed information on the net.

Not the answer you're looking for? Browse other questions tagged mountain-bike maintenance repair fork suspension or ask your own question.