I’ve got a bike whose seat post uses the traditional style saddle clamp. It works! The saddle is firmly attached to the bike. Hooray. However. This bike is sort of a “café racer” - I mainly pootle around town on it in street clothes. No padding or spandex here. I got a new saddle, which I love, but due to its shape my jeans are taking a beating in the inseam area: 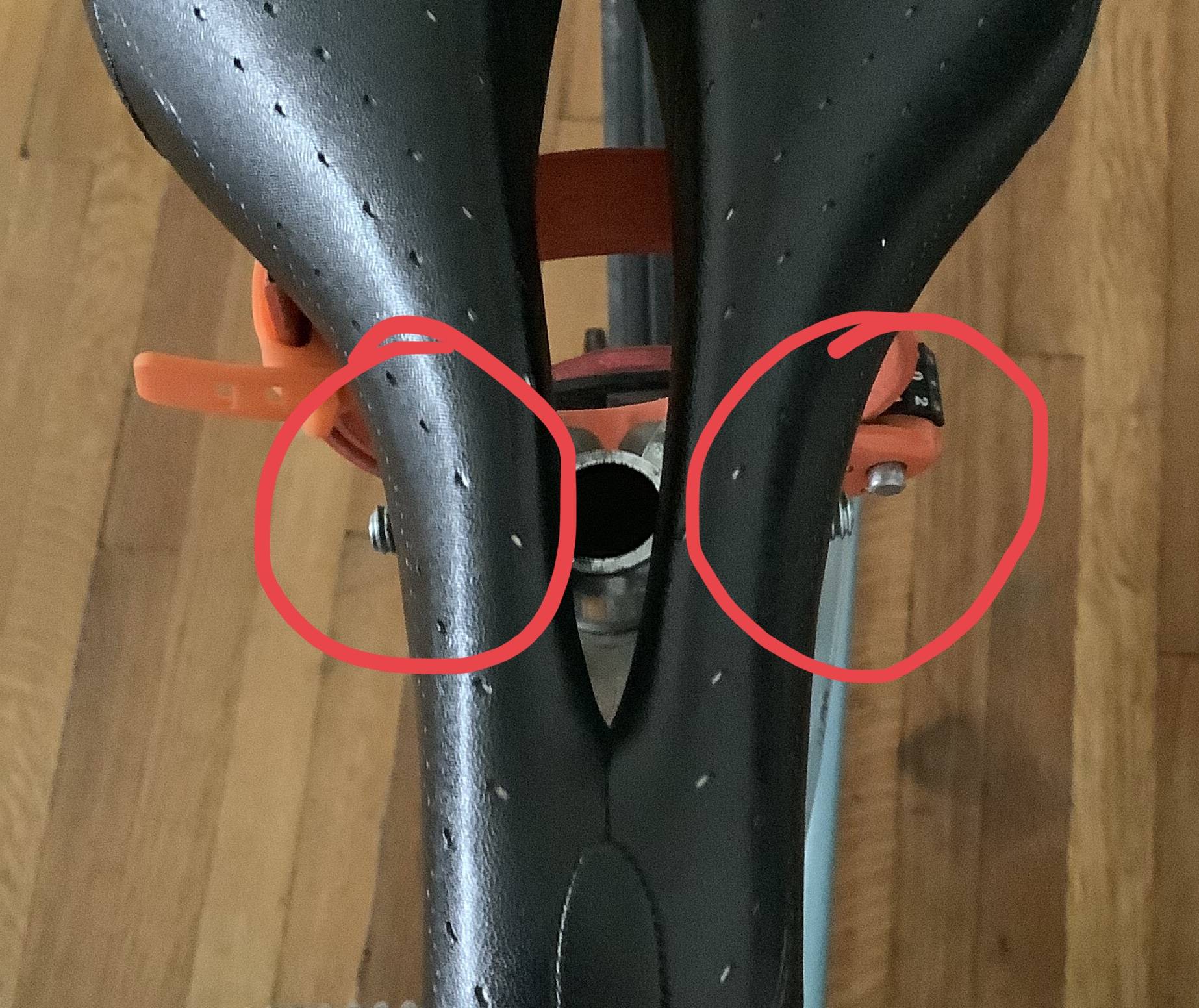 Due to the way I have it adjusted, the bolt that secures the saddle onto the seat post has its ends sticking out past the edge of the saddle. These are catching on my jeans every few pedal strokes and it’s taking a toll on their structural integrity.

That’s about all I’ve come up with. Does anyone have any other ideas for things I could do to work around this while I wait for the right replacement parts to come along?

I would suggest cutting off the extra threads. If you have access to a Dremel or similar tool it wouldn't be too difficult. Doing it with a hacksaw could be a real pain. Alternatively you could check your local hardware store for acorn nuts. The smooth ends should cover the threads which is likely doing the most of the damage.

Not the answer you're looking for? Browse other questions tagged saddle seatpost clamp clothing-care or ask your own question.

23
How do I keep my seat from tilting back?
1
Can a saddle clamp be upside down on a children's bike?
1
What is the proper way to tighten dual bolt saddle rail clamp to stop rail slippage?
6
'Micro adjust' saddle clamp not allowing fine enough adjustment (on SP12 suspension seatpost)
0
What to use on saddle clamp?
4
Compatible seatpost for Brooks C13 saddle with 7x9 oval carbon rails?
4
Saddle / Seat slowly creeps backwards
3
How to install a saddle on a seatpost with a top facing bolt
4
Seat rail clamp does not lock in the angle of the saddle