I was doing some maintenance on my road bike. I took the front wheel off, removed the quick release skewer from the wheel, set the wheel aside, and put a drop of tri-flow on the skewer to lubricate it.

When I returned to the wheel to reinstall the axle I knew the quick release goes on the left/non-drive side of the bike's fork due to previous pictures I have taken of the bike. However, when returning to the wheel I had set down, I cannot remember which side of the front wheel was the "left side".

My main concern is that while I have the quick release in the correct position relative to the fork, did I accidentally flip the orientation of the wheel? The bike has v-brakes so I cannot reference a disc to make sure I am returning the wheel to it's original orientation, and it has slick tires that do not have a "rotation/directional" arrow.

Essentially I want to ask if it makes sense the way I returned the front wheel to the bike? Can you even put a front wheel with a slick tire and no disc brake restriction on "backwards"? Does my logic make sense with returning the wheel to match the wording on the front and back inner hubs?

Thanks in advance for your time, let me know if you need pictures to make what I am trying to describe more clear.

Update: I wanted to add a few pictures so I am making it more clear.

Thank you! One slight edit to my post is that the hub says "Chosen" not "prowheel."

Picture 1 is a picture of the wheel and slick tire. 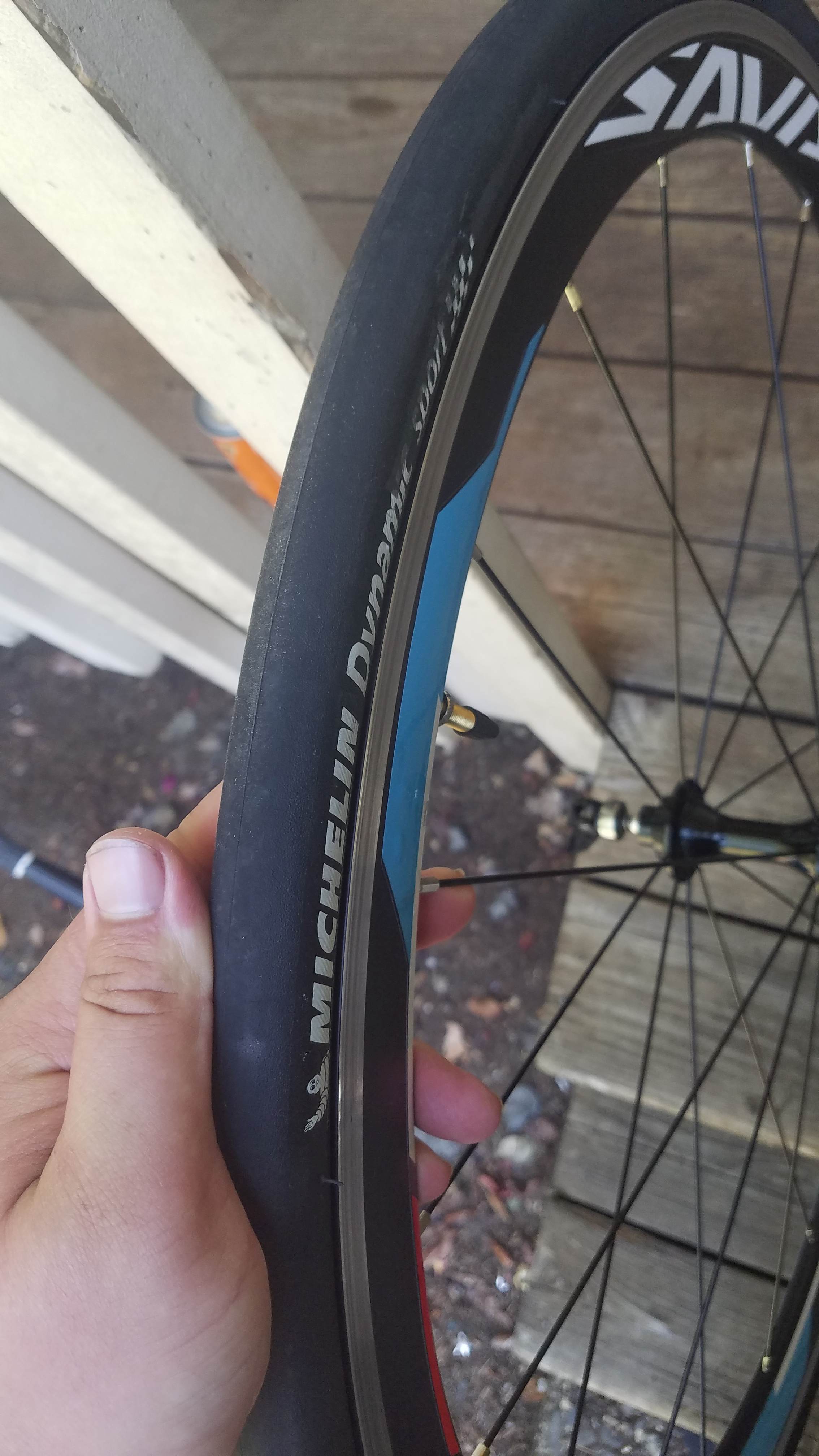 Picture 2 is the orientation of the wheel in which I perceive to be correct, I put the quick release skewer into the front wheel with the handle to the left with the hub writing saying "chosen" reading from left to right when looking down at it. 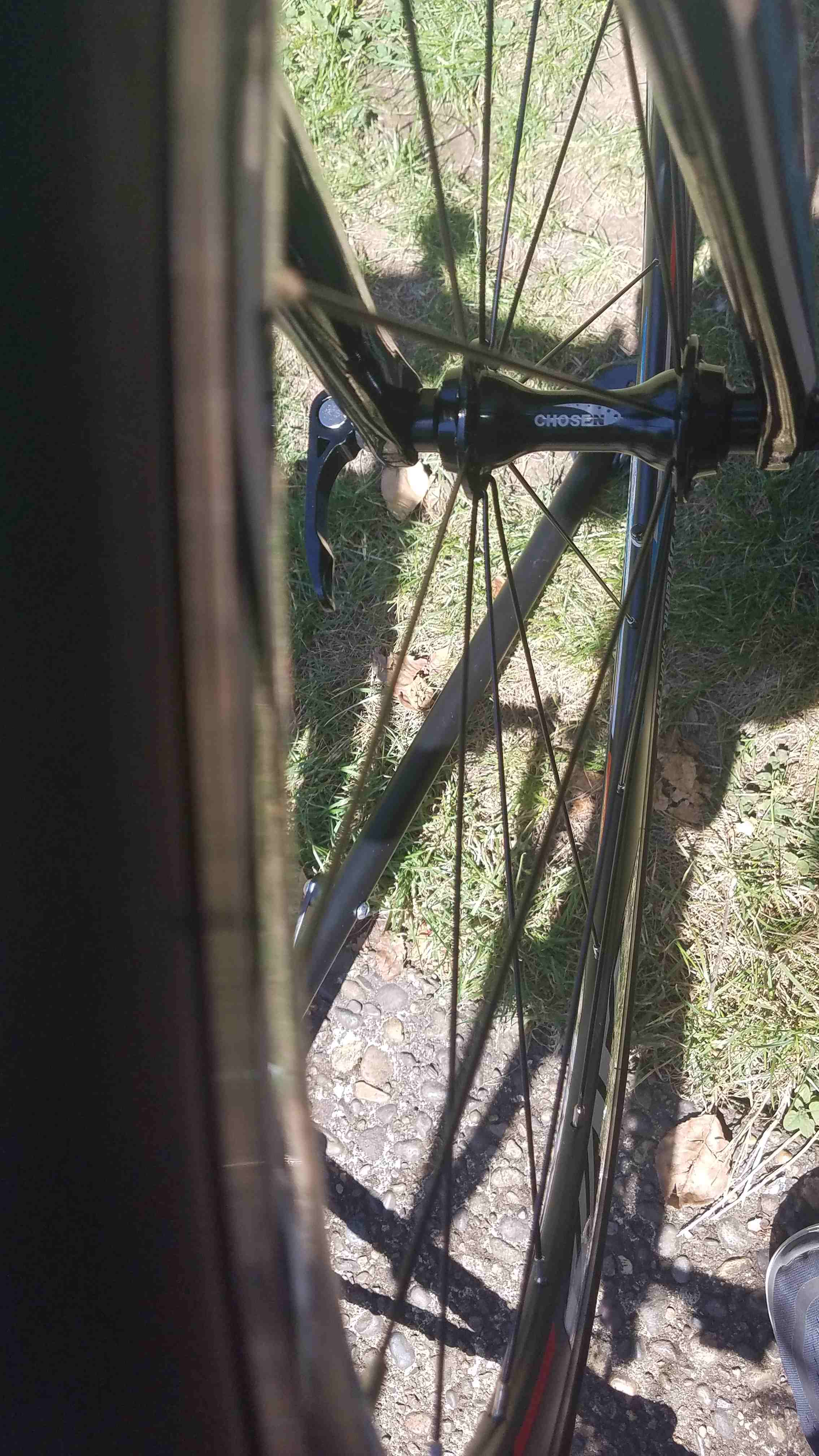 Picture 3 is the wheel flipped 180 Degrees and installed and what I perceive to be incorrect, the quick release handle is still to the left but with the hub writing of chosen is reading right to left/upside down which I think could be the wheel on backward / to be incorrect. 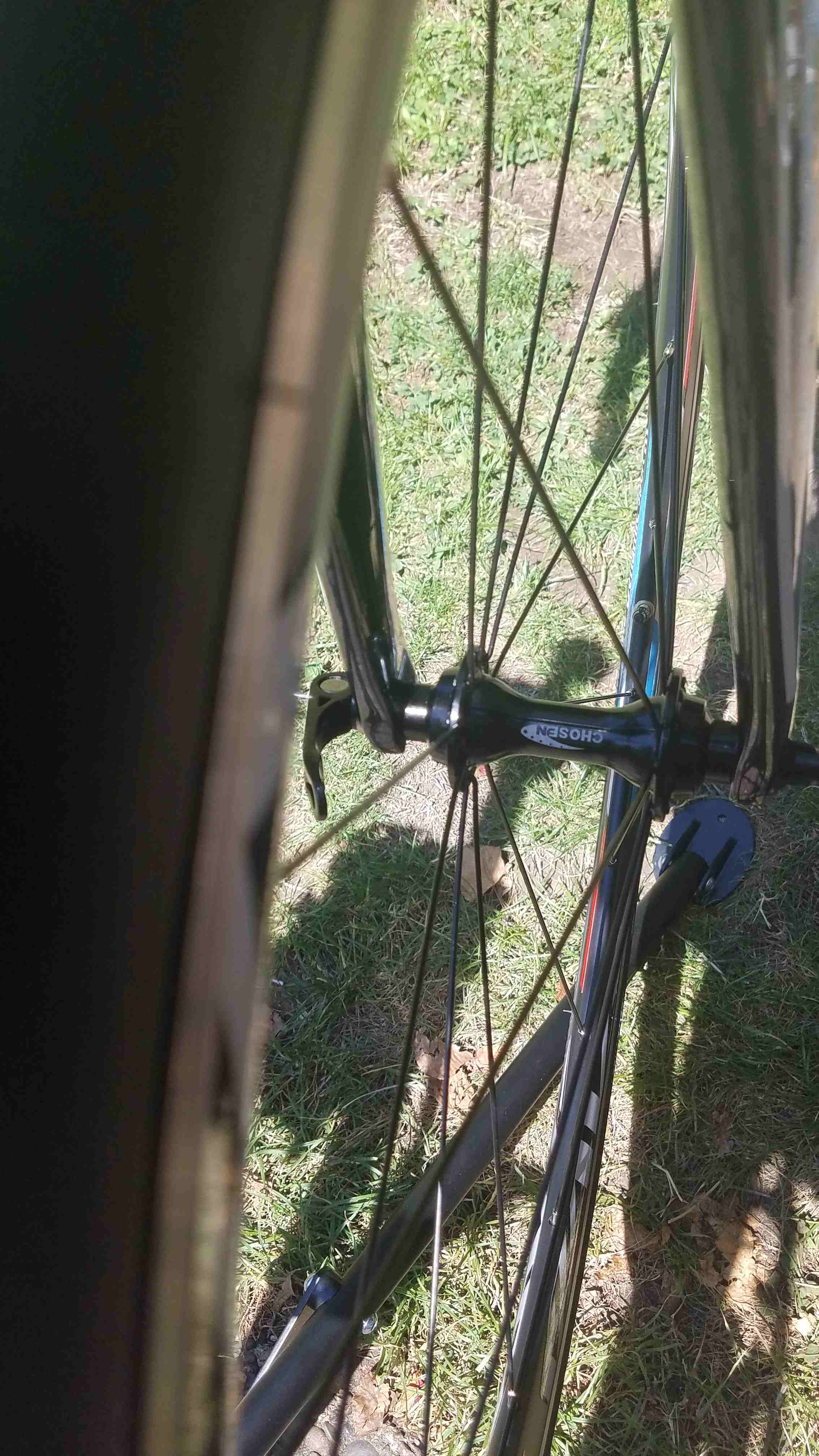 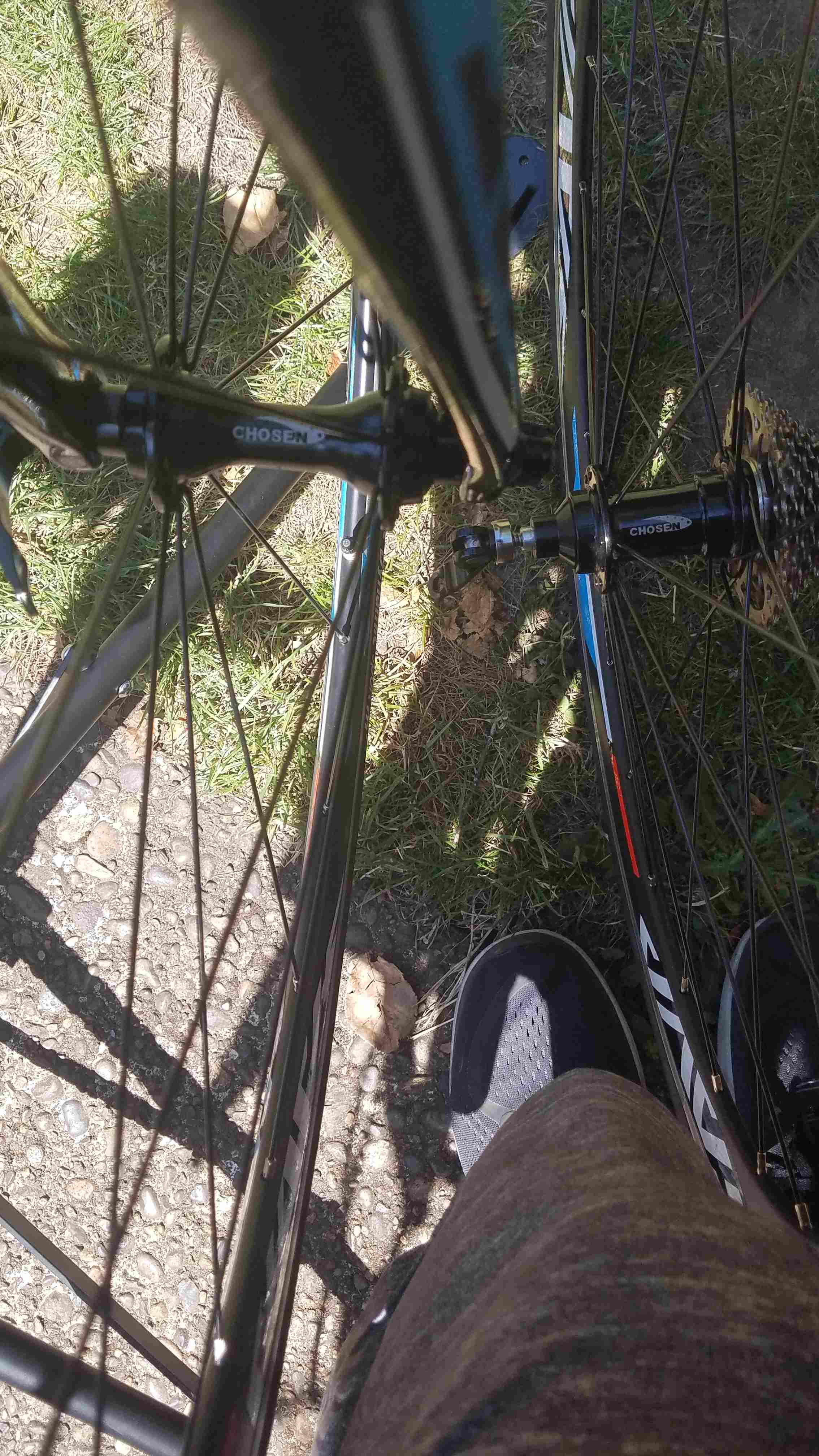 Hope the pictures help! Let me know if I have it correct in picture 2 or if it still doesn't matter either way! Thank you.

The front wheel itself (for rim brakes) should be symmetric and can be installed both ways, unless you can find direction marks printed directly on its rim. The tires, however, can have recommended direction printed on them, which you should follow.

For fully slick tires both directions are equivalent. For tires with tiny tread it is not as important as it may seem, but you should still follow the rotation arrow printed on them in order to not look like a novice. For tires with aggressive tread the direction is important and, interestingly enough, the same tire often should be installed differently depending on whether it is on front or back wheel (then there are two marked rotation arrows on it).

Not the answer you're looking for? Browse other questions tagged tire maintenance wheels shimano front or ask your own question.

18
Rear wheel slipping out under load
24
In which orientation should a front wheel be installed?
5
How do I correctly align the brake disc with the callipers when replacing my quick-release wheel?
2
Front wheel inexplicably misaligned
1
Could I have damaged the bearings/cone when replacing a tire? Front wheel wobbles side to side
16
How tight should my front quick release lever be?
1
Could someone confirm my assumption about Btwin Original 520 Hybrid front wheel?
8
Where is the rear wheel quick-release mechanism on my bike?
2
Disc brake rotor scraping against mounting bracket
0
Front derailleur wont shift to small gear