I have Shimano Acera shifter and Shimano MT200 hydraulic brakes. The brake lever is mounted outside and shifter is mounted inside of handle bar. See picture below. 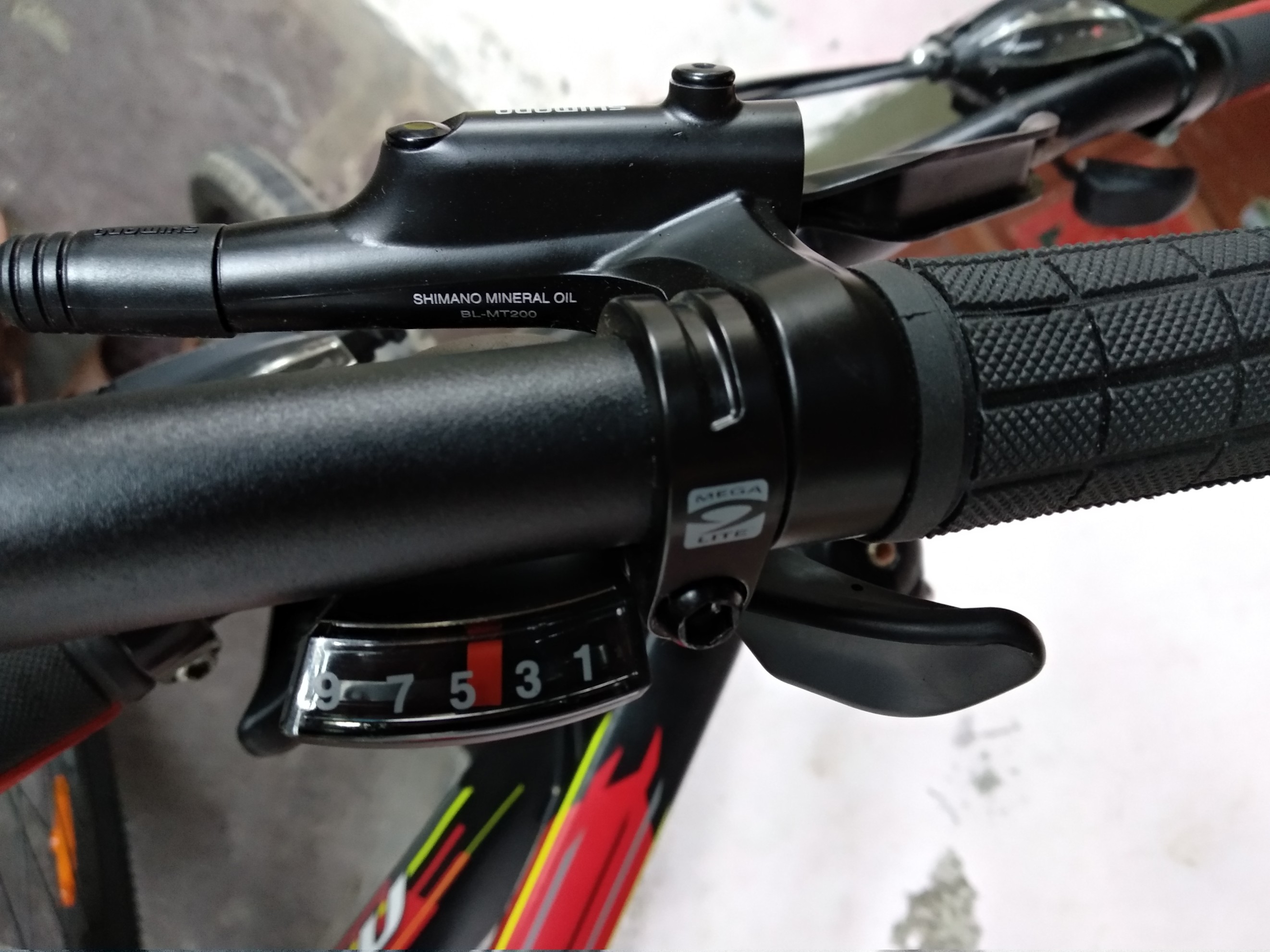 I want to swap position of this two so that I can have better brake position as well as shifting position. Local bike shop said this can not be swapped.

Is it possible to swap positions of the shifter and brake levers? If it is not possible, then how can I adjust brakes so that I can use only index finger at the end of brake lever for braking without pushing the shifter too far inside?

You have to remove everything from the handlebar and then reinstall again, in a changed order. Whether or not you will be able to achieve a more comfortable levers position after that depends on how close the "reversed" shifter and brake lever can be mounted, and that depends on the model you have. The same operations have to be performed at both sides of the handlebar, of course.

This was a general way of how to do it, a pretty much straightforward one. There are many details however that may alter the procedure, make it impossible or undesirable. To name a few:

To sum up, cheap groupsets are monolithic or have indicators standing in the way of swapping brake/shifter levers, and Acera is one of those. Middle-level groupsets may allow it, although it is not an officially supported configuration. Top-end groupsets typically have integrated adjustable shifter/brake lever pairs on a single clamp, so there is nothing to swap.

OK I understand. I have managed to swap the brake and shifter as you suggest, however, not his exact model and the components were worn - the gear shifter clamp had some play. If it fits, there is no reason not to. In the case I mentioned, I had to file down the cover of the indicator unit a little to accommodate the brake lever clamp. I also had to adjust the reach for the owner as the end of the brake lever was a little too far for safety. See page 64 for reach adjustment. https://si.shimano.com/pdfs/dm/DM-UABR001-03-ENG.pdf

Not the answer you're looking for? Browse other questions tagged brakes shimano shifter hydraulic-disc-brake or ask your own question.