I'm trying to find what model my Bianchi is

I'm trying to know what model my Bianchi is. It's written "Mask Lite Alloy" on the body but couldn't find any other indicator for the model so does anyone has an idea what model it is?

It's sitting in my cousin's basement and he's planning to dump it or give it to someone else. That someone is me and I don't know how to figure out the model. The frame is aluminium by the way. 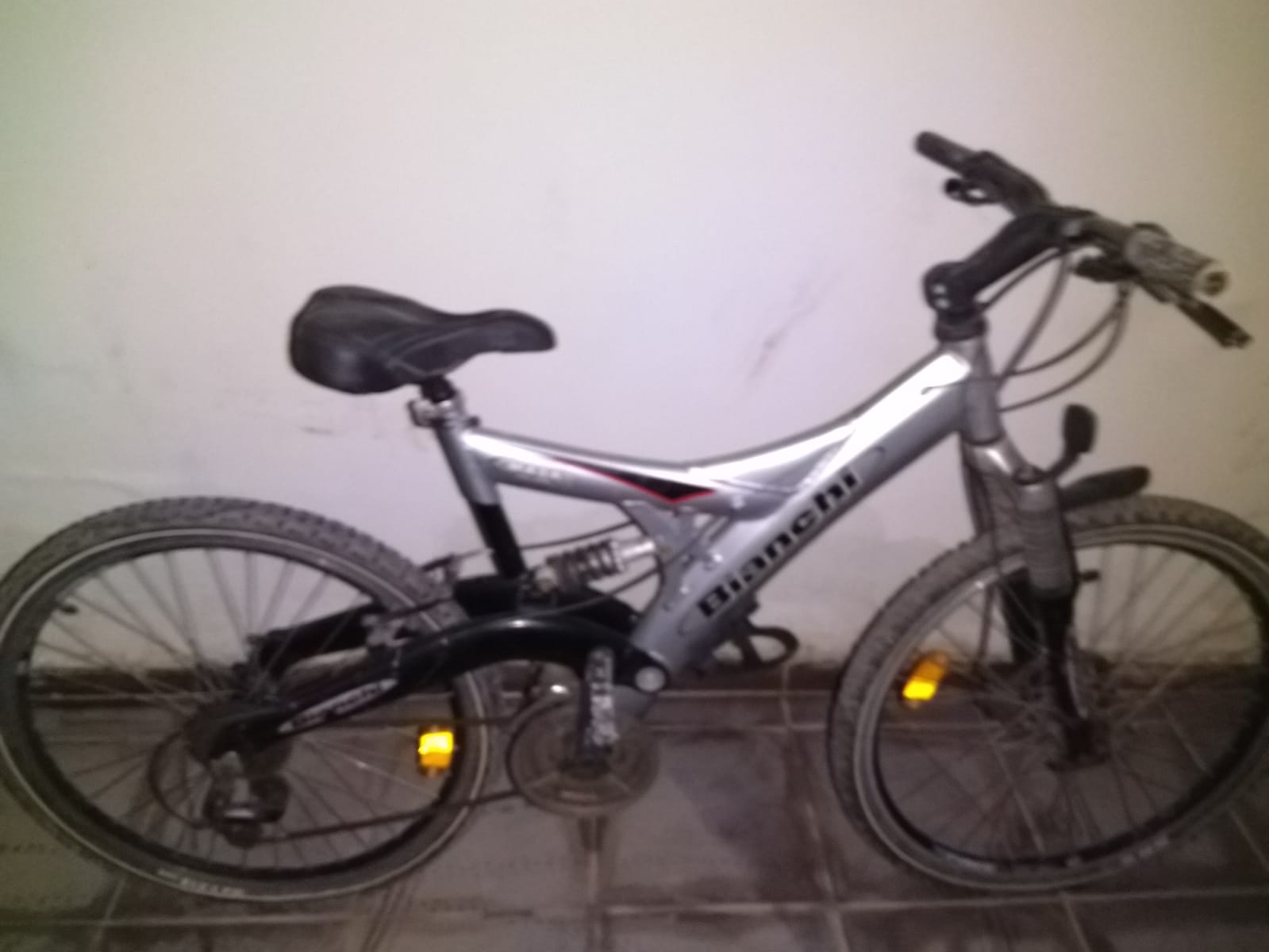 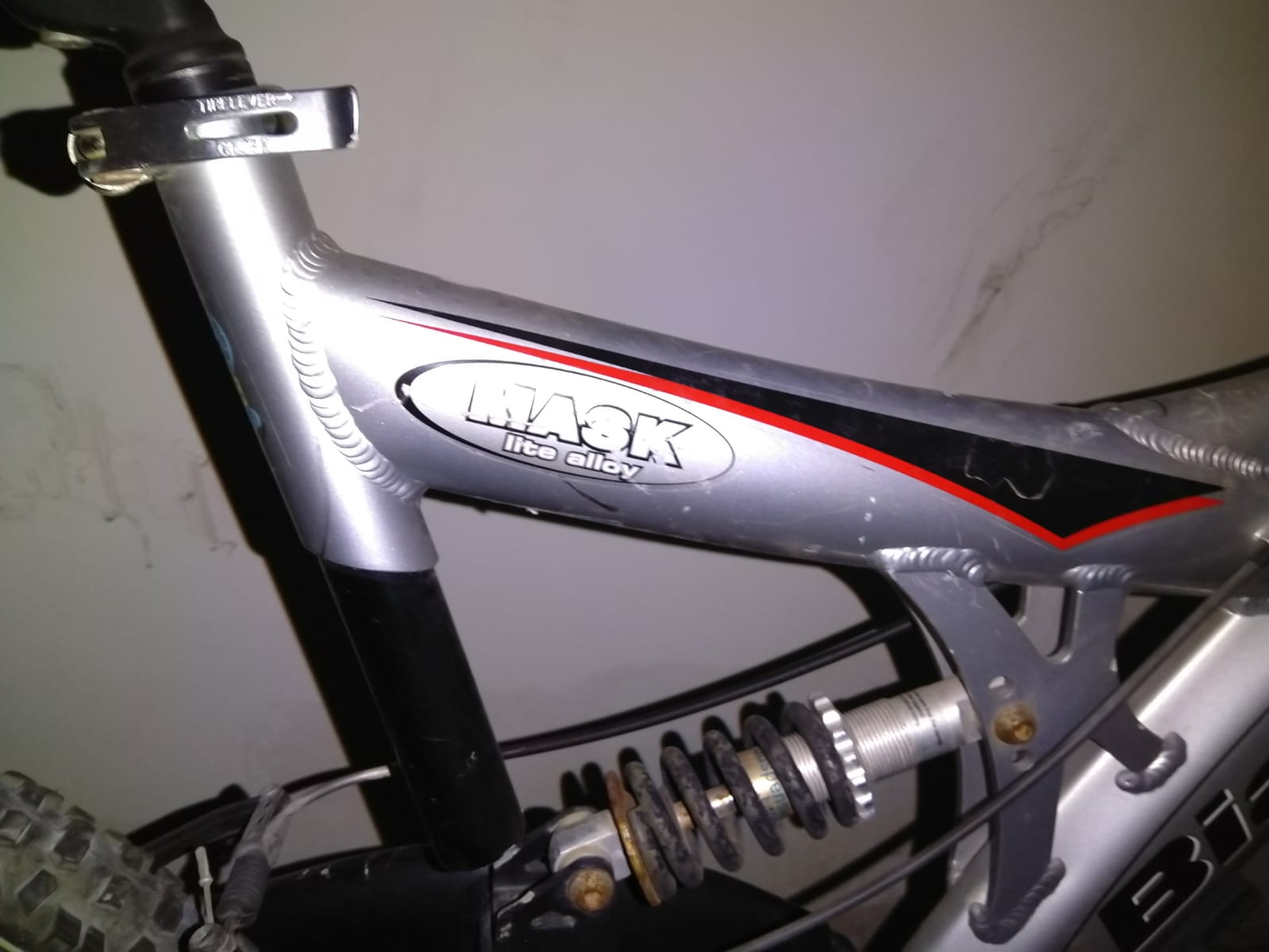 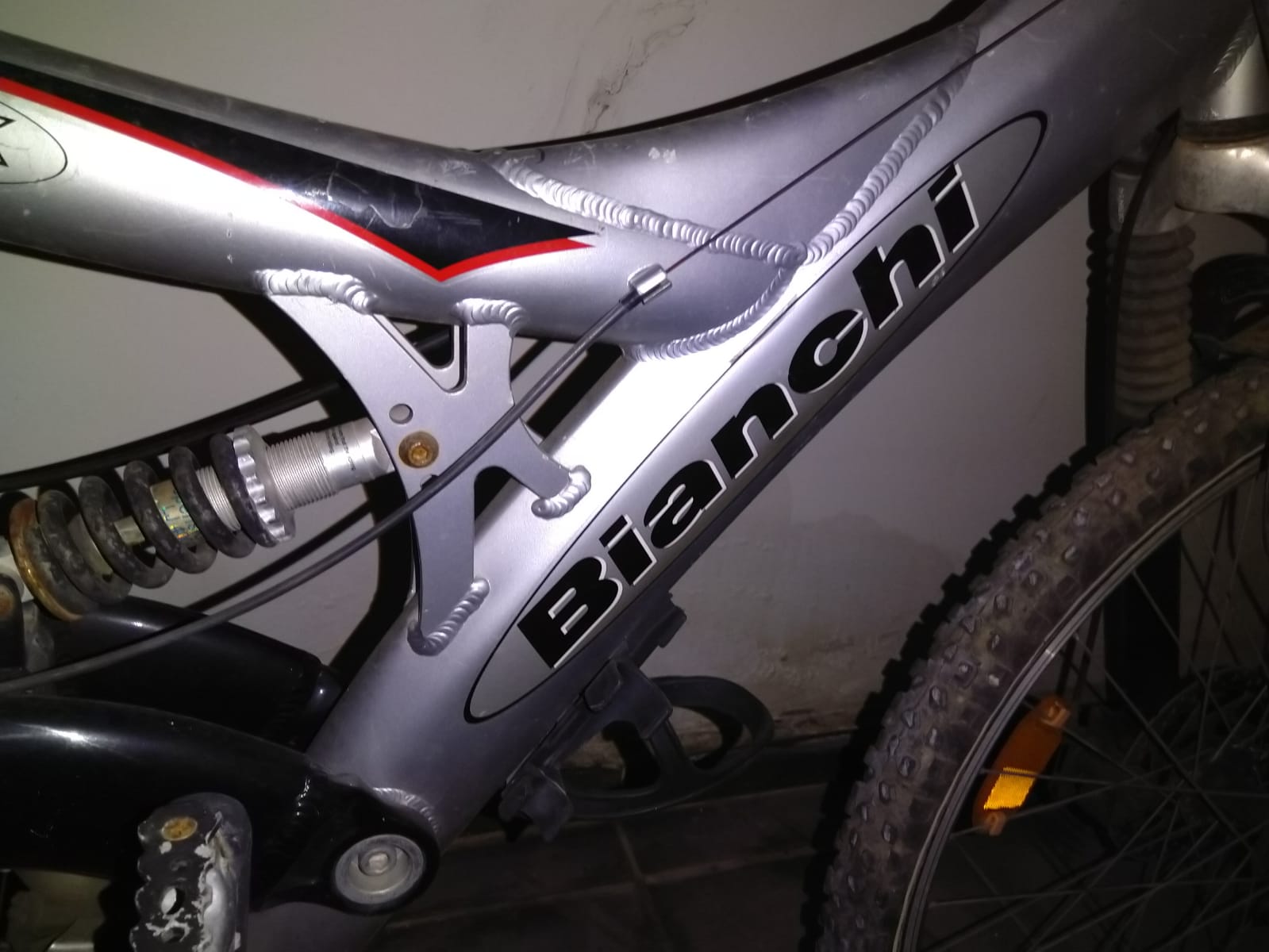 At first glance I thought it was horrid cheap late 90s BSO that someone had slapped a Bianchi sticker onto.

But no - here's a similar unit: 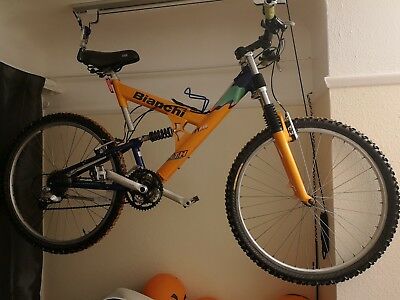 This was found at https://www.picclickimg.com/d/l400/pict/254206275588_/Bianchi-mountain-bike-for-competition.jpg but the site has somehow disconnected the image from the associated text.

I'd be hard-pressed to say which is the newer/older between this orange one and your one. Both have old-style boots on the front suspension, which suggests late 90s.

The other find was a police auction website at https://www.propertyroom.com/l/bianchi-mountain-bike/12983885 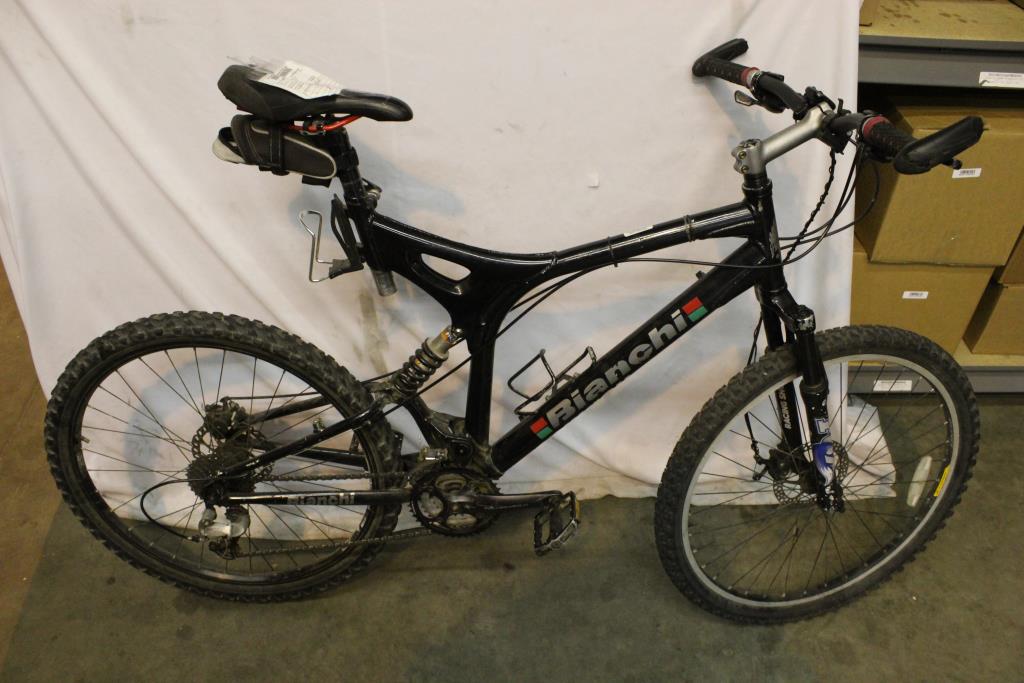 Sadly this one has no useful details either. This one has disk brakes, no stanchion boots, and is probably a much later model than the one above or yours.

Both the pictured bikes have both chainstays and something like seatstays, , whereas your one only shows beefy L-shaped stays holding the rear wheel. This makes me suspect that your bike is the oldest, and the rear... fork (?) wasn't that good which is why later versions reverted to a separate triangle.

Personally I'd do basic maintenance, change the brake pads, clean it, and ride it. The rear shock will be pretty useless after all this time (those shocks weren't very good to begin with.) So just ride it.

There's almost nothing to be gained by knowing what model a bike is other than a general interest. There will be no parts that are unique to this bike, other than the frame itself. If you need a replacement part, take the old one to a LBS and ask for "one of these please"

2
What options do I have when replacing my fork's elastomers?
1
What type of Bianchi do I own?
1
What is the model of my bike?
1
Help me find model of recumbent bike?
2
Help me ID this bike: Bianchi Volpe?