What is the pull ratio of the MicroShift ADVENT rear derailleur?

I like the gearing of their 11-42 9-speed cassette and 47T derailer's capacity, but not the ADVENT road shifter(s), and investigating what other (road) shifters can be used. Naturally MicroShift says "none" :)

ANSWER The numbers aren't available, but it is not an existing standard.

Their own advertising at https://www.microshift.com/en/product/sl-m8195-r/ says

Proprietary cable pull actually wasn’t our first choice. microSHIFT has always played nice with cable pulls in the industry. (Check out our thumb shifters and bar end shifters) We have been Shimano compatible for a long time, but we don’t do it this time for good reasons.

The early prototypes were designed around traditional 9-speed cable pull. It shifted very poorly. The leverage arm on the derailleur just wasn’t long enough to move the chains up the bigger cogs. This proprietary cable pull pulls more cable to have smoother shifting and have a stronger clutch at the same time.

Turns out this is not a common microshift part that duplicates the specs of an existing Shimano or Sram system. Instead they've produced a 1x system with 9 speeds stretching from 11 tooth up to 42 tooth. Its not a full groupset, only includes a rear mech, shifter, and a cassette.

Note the rear mech looks different - the cable path is barely a right-turn compared to a 180 degree turn of other mechs. If your gear wire came down the chainstay it would be a straight cable path into the rear mech. 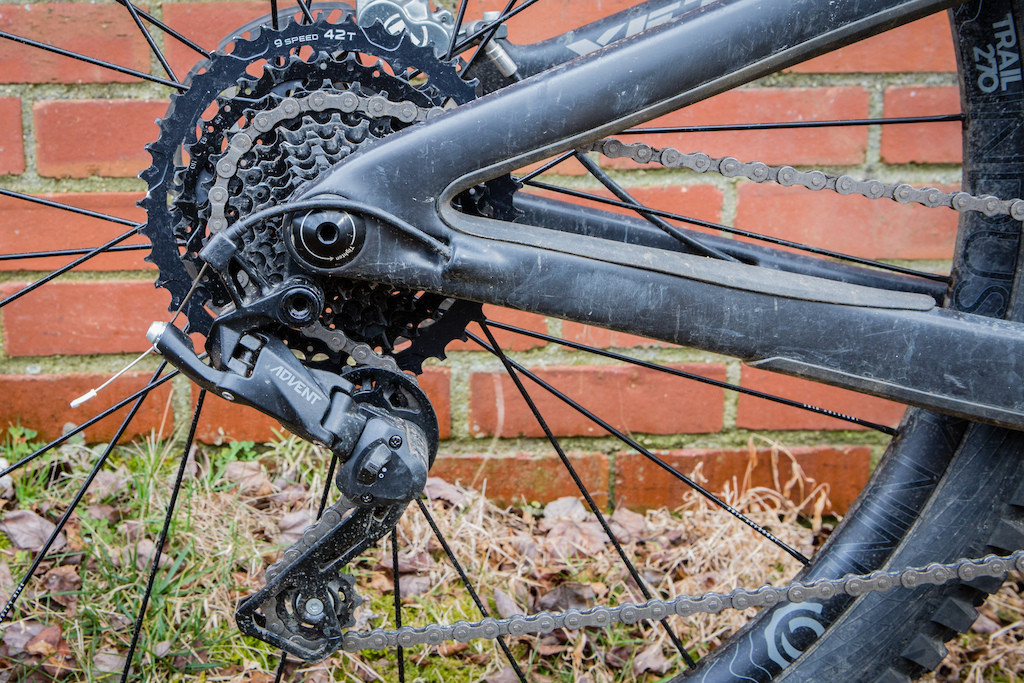 Aside - I don't know how this would work if you wanted a double or triple chainset on the front. That would not be a part of this groupset so it will be Shimano or Sram or whatever, and will use a different cable pull again. Upshot: the left and right shifters on your bike will be different brands and probably styles.

Though I successfully run several bikes with a friction shifter for the front and whatever for the rear mech - no bother at all cos you're never changing both simultaneously.

Not the answer you're looking for? Browse other questions tagged shifter compatibility shifting or ask your own question.