Is there any objective downside to riding a women's bike as a man?

I'm shopping around for a cheap, cruiser-style bike for my commute. As an example, AroundtheBlock from sixthreezero seems like it would fit my needs. However, the colors of their men's bike are really boring. The women's version has better colors, and I'm wondering, why don't I just get that one?

I had always heard that the primary difference with women's bikes is that the top tube is lower to accommodate skirts, and otherwise there isn't really a difference. While I don't wear skirts and don't have trouble stepping over a men's bike, I don't see how it would hurt either. Presumably it alters the mechanical properties of the frame in some way, but would that be noticeable enough for my intended use?

My commute is 2.5 mi long and completely flat. I am also an experienced rider and have no significant joint pain or problems associated with biking. I'm an adult man of average height and weight.

If the bike fits, ride it.

Probably the biggest difference is an easy one to change, the saddle. You may want to go for a narrower saddle than the bike comes with.

I'm only going to focus on this part of the question. The rest of it has been covered by @mattnz.

I had always heard that the primary difference with women's bikes is that the top tube is lower to accommodate skirts, and otherwise there isn't really a difference.

You are referring to mixte or step-through frames (link goes to Wikipedia). Those were definitely designed around women wearing skirts. That's no longer true of modern women's performance frames. [Edit: earlier, this post made a comment about step-through or mixte frames no longer being common. This isn't correct.]

Apart from that, this question and its associated answers discuss that in some aspects, modern women's and men's bikes may have some frame differences, and some component differences. Two fundamental properties of every frame are the stack, or how tall it is, and the reach, or how long it is. Hat tip to Bike Radar for this graphic: 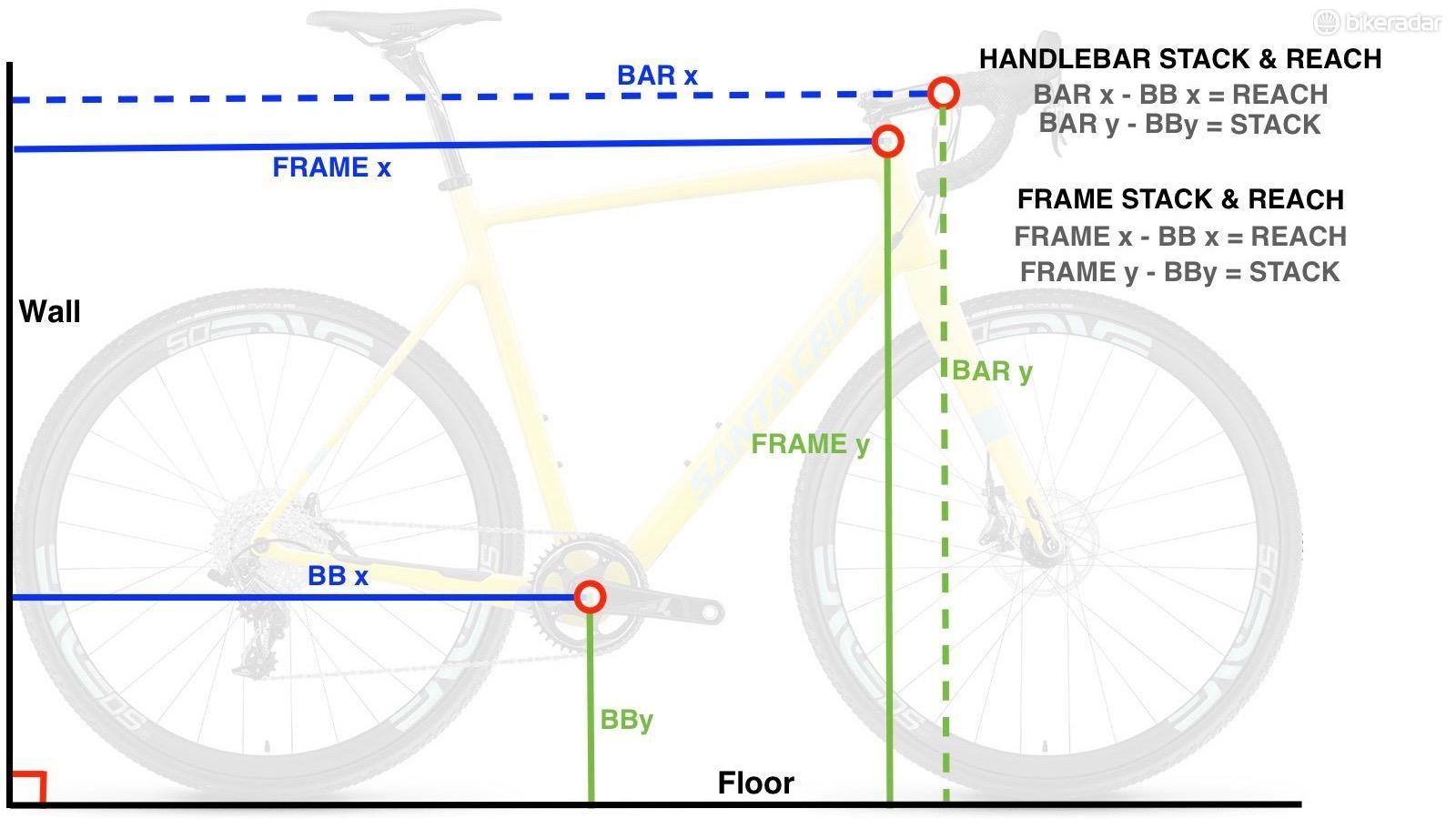 As alluded to in the SE post above, many women's frames have shorter reach and higher stack in the same frame size. This may be based in an older paradigm of design, and some manufacturers are committing to unisex frame sizing. They do need to add sizes on the small end, as there's no dispute that women are shorter on average than men and that among shorter people, women are going to outnumber men.

Additionally, women's saddles are designed differently. I'm not as familiar with the design issues there. Women may also have narrower shoulders at the same height as men, which would require narrower handlebars in the same frame size if true.

Out of curiosity, I Googled the men's and women's versions of the bikes. The women's version is indeed designed as a mixte frame. Its top tube isn't dropped as far as others I've seen. I'm not an engineer, but it seems like this design would reduce the lateral stiffness of the bike. In hard efforts (e.g. at least your functional threshold power, or the power you can sustain for about an hour), you might notice the women's frame flexing more side to side. This energy might be wasted and you might be slower on the women's frame. Then again, this doesn't sound like anything that would matter in your use case. It's hard to think of design parameters where the women's frame would put you at a material disadvantage for a 5 mile round trip flat easy commute.

Basically, from what little we can tell on the Internet, there doesn't appear to be a substantive reason not to get the women's version.

The actual bike you linked looks like more or less a knock-off of the Electra Townie and its cousins. These are bikes where the saddle is low and back and the crank is forward with the intention that you can put both feet flat on the ground without getting out of the saddle. This relatively novel geometry means standard details about the subtle differences some manufacturers may make in a "women-specific" bike aren't likely to apply.

While any BSO will get you 2.5mi, if you're used to riding a 'regular' bike you might find the way these bikes steer at speed unpleasant.

It's not clear from your question if by "Cruiser-Style" you actually want that kind of bike or you just mean features like built in fenders and rack and a more upright torso. You can get those features without the flat-foot crank positioning, such as https://www.momentum-biking.com/us

(If that was just a random example and the question was actually about why decent color selection and step through frames are still gendered products in 2019, ride whatever you like!)

3
Is this bike suitable for a male

7
What to buy when looking for a low maintenance city bike that allows sportive riding
33
What are the differences between men's and women's bike frames?
7
High-quality commuting bike with "women's" frame
2
Does there exist a non-electric bike that can go 60mph (95 km/h)?