How dangerous are my worn rims?

I took my bike for a service recently and was told it needed so many repairs that it was more cost effective for me to replace it.

I am happy to replace the bike but this is a bad time to do so. I'm looking to move house and my eventual location may impact what kind of bike I buy. I'd like to ride on my worn rims until then.

The rims have a groove to indicate wear. The groove is still visible but it has become very shallow: 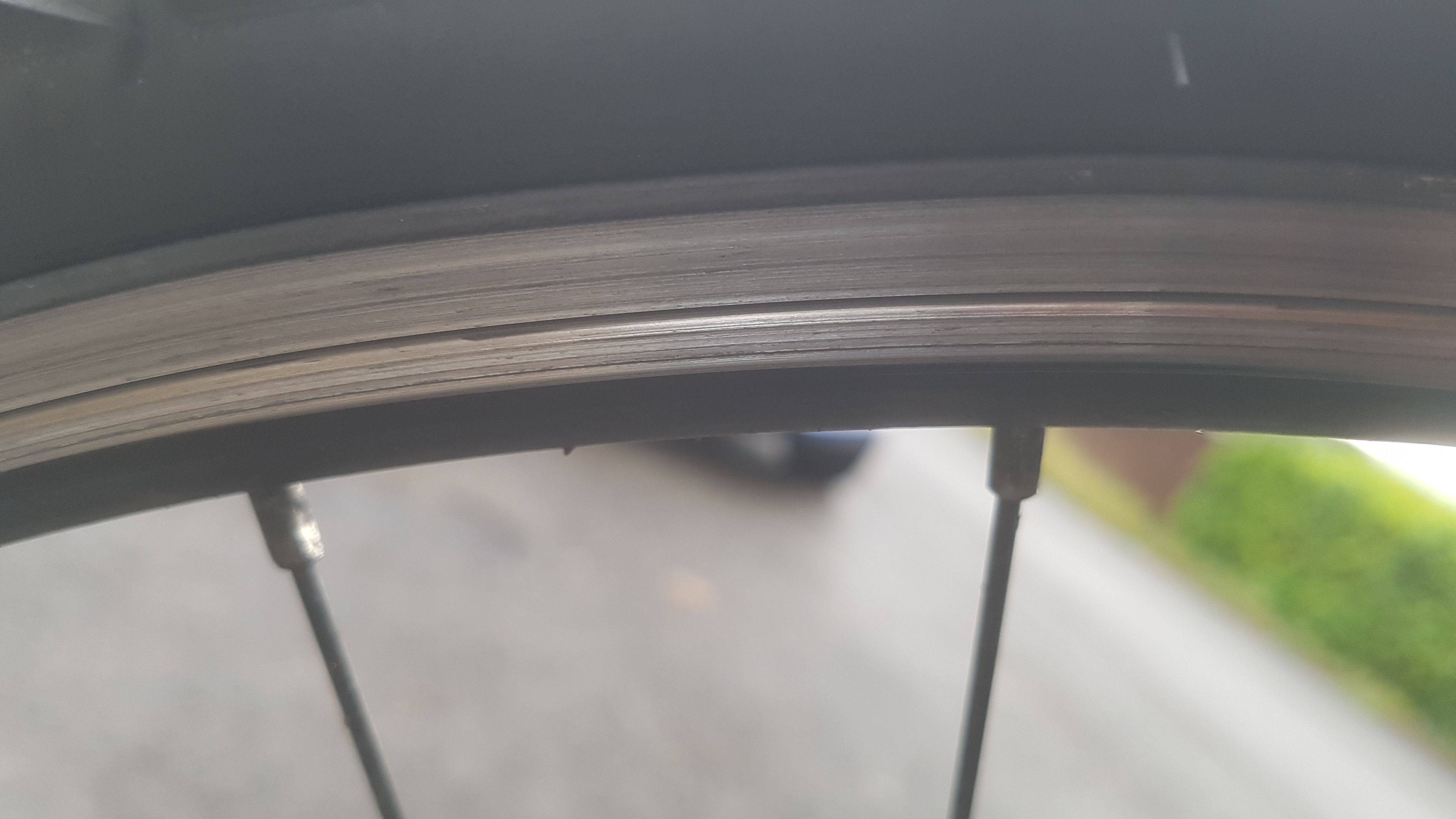 I've sorted the brakes for now by tightening the cable. But realistically how safe am I riding on these rims and for how long?

Rims are worn out when the groove disappears. If the groove is clearly visible, well-defined and of uniform depth all the way around, the rim is not quite worn out and certainly not dangerous.

New brake blocks will cause less wear as they will be free of hard particles of grit and metal that get embedded in the relatively soft rubber over time.

Given the repair shop's bad advice on the state of the rims and refusal to replace the blocks, I'd disregard all of their other advice about needed repairs. I suspect they just saw a well-used bike and decided they could persuade you to purchase a new one. Find a repair shop with a better reputation and get a second opinion.

Replacing and adjusting brake blocks yourself is relatively easy if you have basic tools. Park Tool has an excellent web page and collection of videos that walk you through the process.

You're definitely safe to ride these assuming the wear is uniform the whole way round and you're not just showing us the good bit!

My local shop will recommend things be replaced in front of your significant other if you want an upgrade. Are you sure you didn't inadvertently give a secret code that you want to buy some carbon rims?

I had an experience with worn rims. The wheel suddenly exploded, the tire separated from the rim, and I ended up cycling on the (metal) rim alone. Since I was on a straight, even road, it was not too alarming. As I remember it, I removed the tyre and continued to cycle home on the bare metal rim.

Consequences could had been worse, had it taken me by surprise in a more critical situation. Braking power would have been poor, since the tyre was immediately shaved off.

This happened since I had rims that were very worn, and moments before I pumped the wheel to some considerable pressure.

I would replace the rim if the bike is used for riding downhill or at high speed. If not, I would not be too concerned.

Not the answer you're looking for? Browse other questions tagged wheels safety rims or ask your own question.

4
Correct inflation pressure for old road bike
24
Spokes keep breaking - bad hub or bad build?
9
Are deep rims more durable for a heavy rider?
1
Are heavily worn rims safe to use on trainer?
4
What are the differences between road rims/wheels and hybrid?
4
Are these steel rims safe?
1
Replacing Shimano RS21 rims
10
How thin/worn out can you allow road bike rims to get?